A glimpse of the authentic Ibiza: quiet villages, stunning scenery and traditional cuisine 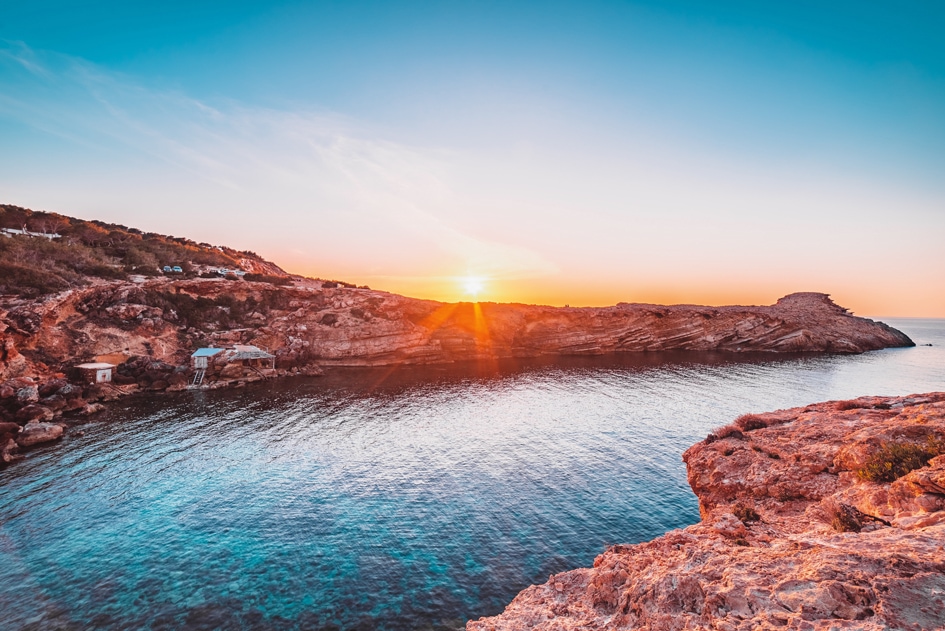 While Ibiza is now recognized as one of Europe’s most popular party capitals, the island first attracted tourists because of its stunning natural beauty and relaxing, laid back atmosphere. Despite its modern image, there is still plenty to offer anyone interested in discovering the authentic side of this Mediterranean gem. 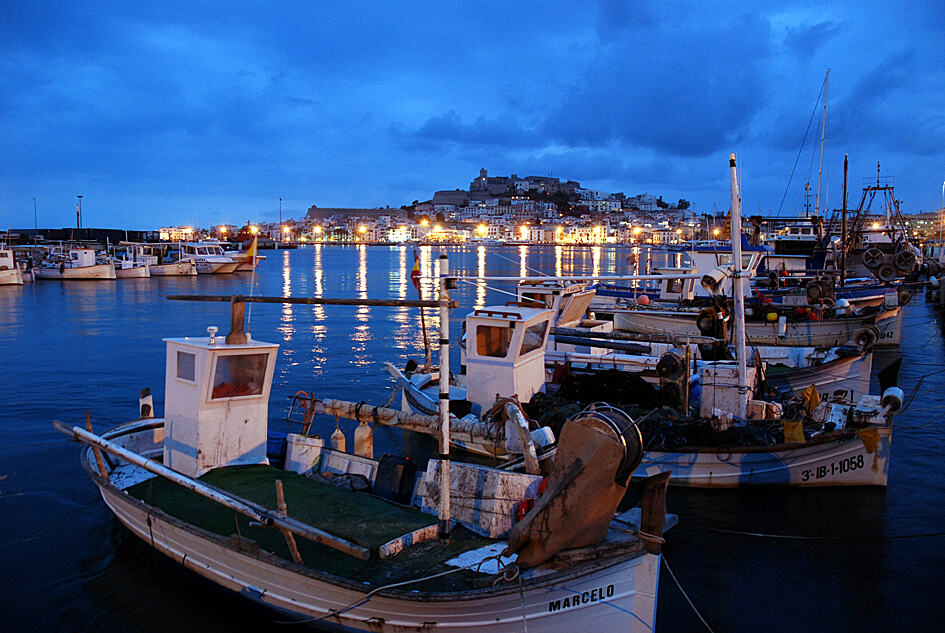 above: View from the fishing harbour of Ibiza town, courtesy of the Official Tourism Site of Ibiza

The village of Sant Miquel de Balansat is a paradise for nature lovers thanks to its ideal location between the sea and the mountains. Here you can climb to the top of the hill where a 16th century church affords spectacular views of the countryside, or visit the remote coves at the often deserted Cala d’Aubarca, where impressive cliffs plunge into the Mediterranean. If you feel like staying overnight, Can Planells is a family run and eco-friendly B&B where you can learn more about the culture and traditions of this fascinating island. 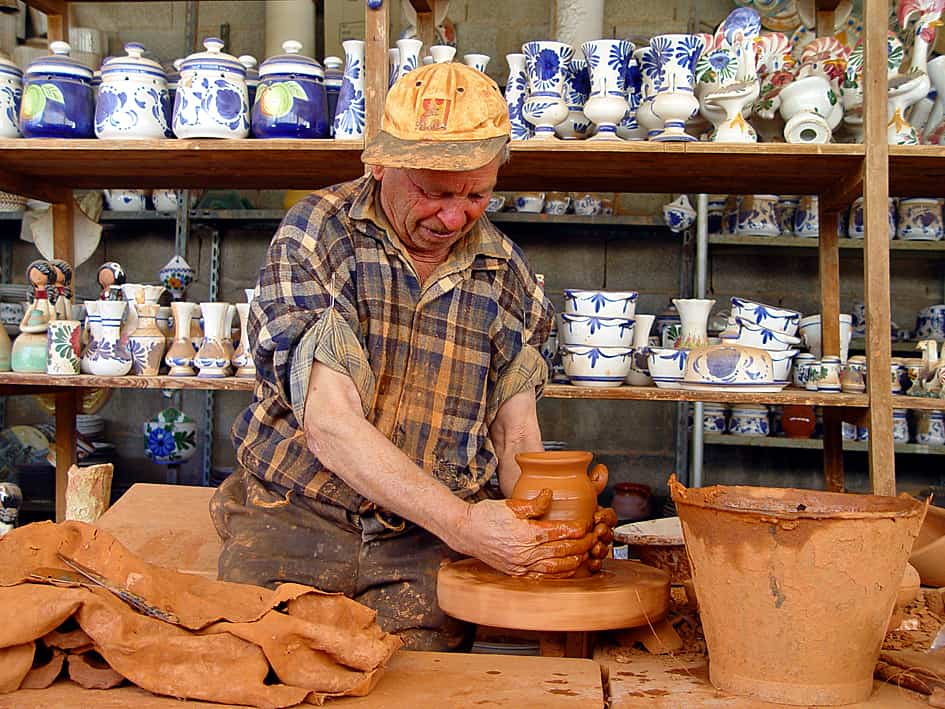 above: Local craftsman, courtesy of the Official Tourism Site of Ibiza

Sant Llorenc de Balàfia, a tiny village in the middle of rural Ibiza, is another off-the-beaten-track spot where you can admire some of the best examples of the local architecture and enjoy the quietness that captivated the first tourists who arrived in Ibiza many years ago.

Traditional Ibizan cuisine: what to eat and where to try it 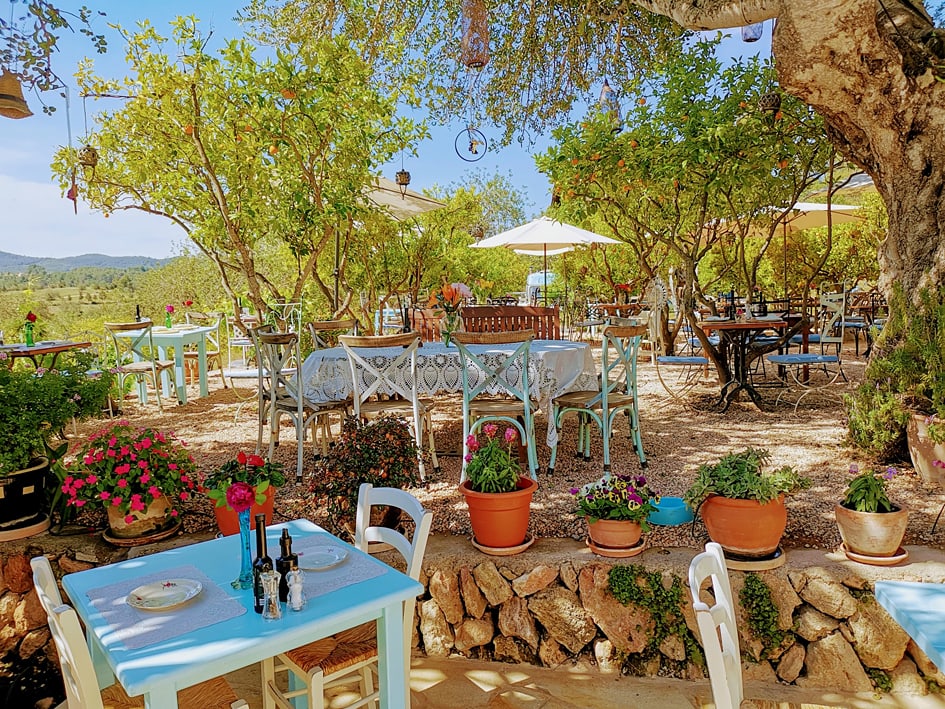 Given its location, Ibizan cuisine has an undeniable Mediterranean flavour where fresh produce (mostly from the sea) dominates. Some traditional dishes include:

Langosta ibicenca, lobster served on a bed of shrimps and herbal liquor
Sofrit pagés, a stew that features a variety of meats (including the locally produced sausages known as butifarra) and potatoes, which have been previously sautéed in olive oil and garlic
Arros de matansa the local version of paella
Bunyols, round fritters sprinkled with sugar and cinnamon eaten as a dessert

The best way to end a meal in Ibiza is with a shot of a homemade sweet herbal liqueur, known for its excellent digestive properties. You can combine gastronomy with scenic views at Es Cubells, a quaint fishing village on top of a cliff, or just enjoy some traditional tapas at the bars in Santa Gertrudis de Fruitera.

Traditional Ibizan music contains many elements of the island’s culture. Typical instruments include flutes, drums, castanets, and the xeremia (similar to a bagpipe). Music is often sung in Catalan language or in the local Ibizan dialect.

Even when you leave Ibiza you can take a little bit of the island with you by buying one of Aires Formenterencs’ CDs. The band is a great representative of modern Ibizan folk music.

Keep the following dates in mind if you are interested in learning more about Ibizan culture.

2nd weekend of May: Medieval market in Ibiza town
24th June: Sant Joan, a celebration of the summer solstice that goes on throughout the night
Last week of July: Festa de la Terra, an opportunity to see folk dances, fireworks, and street bands
16th July: El Carme, where fishermen pay respect to their patron saint
Beginning of December: there is an annual Wine Fair in St Mateu d’Albarca 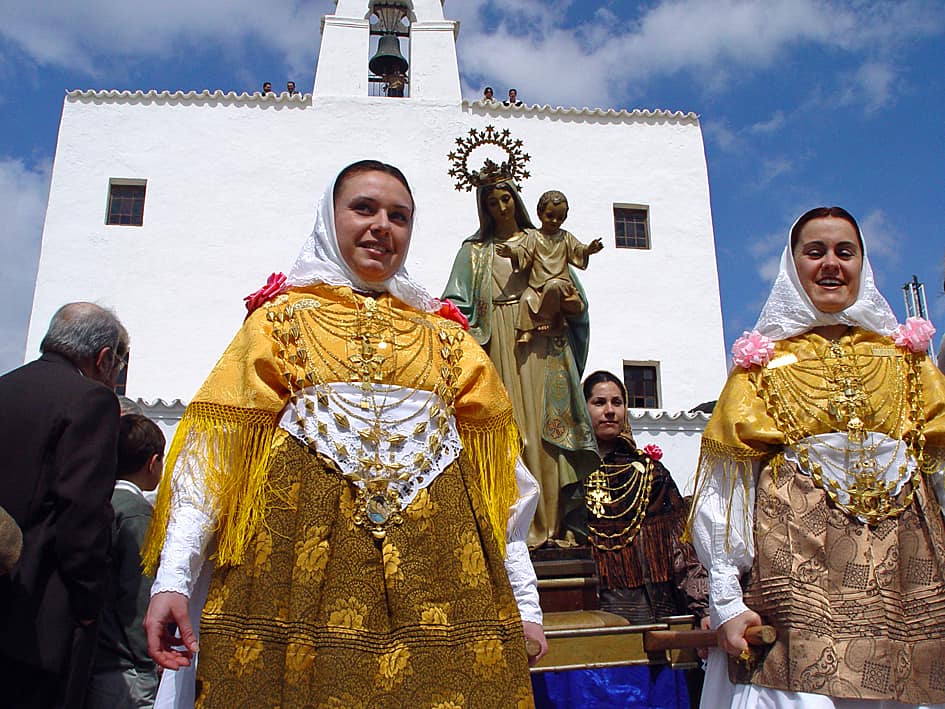 above: Traditional costumes, courtesy of the Official Tourism Site of Ibiza