This post is brought to you in collaboration with Grand American Adventures.

Despite my many years of travelling there are still a great many countries I’ve yet to visit. One in particular eludes me. It’s vast, it’s varied and it’s magnificent, so why have I still not visited the USA?

One part of the puzzle is where to go first. I’d love to see New England with its quaint white clapboard churches, covered bridges, picturesque seaside towns and autumn colours. The excitement of New Orleans with its music, food and colourful French quarter is very tempting too and exploring cities like New York must be fabulous. The different neighbourhoods, the architecture, the parks and the food scene all sound wonderful. And all these east coast destinations are on my USA wish list, but they are not at the top.

Most of all I’m drawn further west in America, to wild rugged landscapes where adventure in epic proportions awaits .

Here’s my dream itinerary, my American adventure bucket list, starting in the south west in Arizona, before heading north through Utah, Colorado and Wyoming and ending in the northern wilderness of Alaska.

Picture gigantic sandstone formations, some towering above you at over 1,000 feet high, reaching up into the bluest of skies over Monument Valley Navajo Tribal Park. Could there be a more magnificent place to start an American road trip?

Next stop, the mother of all canyons, the Grand Canyon, which surely has to be on everyone’s bucket list. Imagine soaring over the canyon in a helicopter or white-water rafting along the valley floor. What an adventure that would be!

Heading north to the dramatic beauty of Utah and more curious red rock formations rising out of seemingly endless deserts. I’d love to capture the grandeur of Canyonlands, Arches, Bryce Canyon and Zion National Parks with my camera — all places I’ve pictured in my head a thousand times but have only visited in my daydreams.

From the breathtaking beauty of the Garden of the Gods to the majestic lakes and mountains of Rocky Mountain National Park and the cultural heritage of the Mesa Verde, Colorado looks both beautiful and fascinating and another not-to-miss destination.

Famous geysers, geothermal hot springs, thunderous rivers, bison and wolves — just the thought of exploring Yellowstone National Park is somewhat overwhelming. Can you imagine a more inspiring place to go hiking or wolve-tacking  — a creature I’ve yet to see but what a goosebump-inducing thrill that must be. 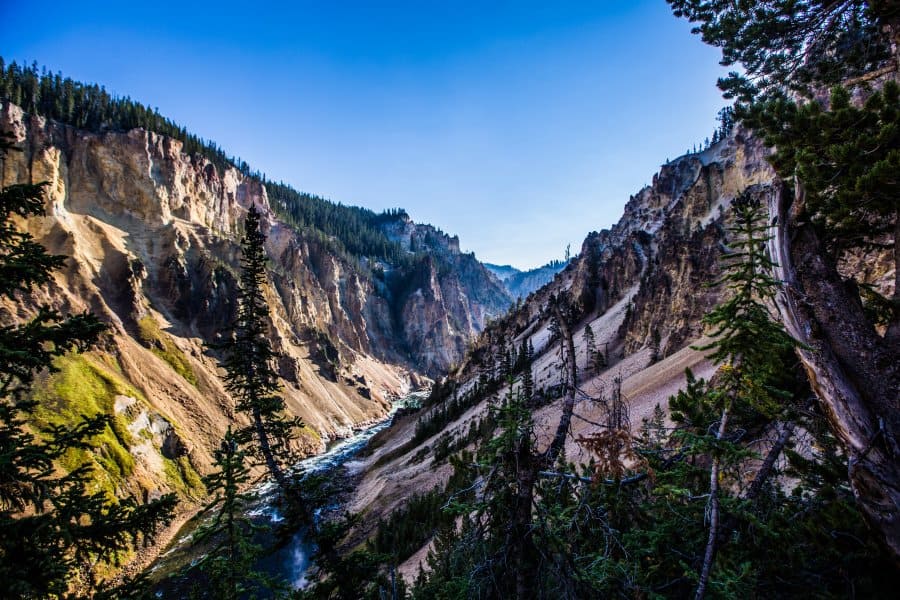 Fjords, glaciers and northern lights. Black bears, caribou and grizzlies. Explore on foot, ferry or float plane over vast swathes of forests, magnificent lakes and tumultuous rivers. Alaska — where some of the national parks are bigger than countries and words like ‘epic’ don’t do it justice. By far the USA’s largest state, everything in Alaska is huge, apart from the human population and the equally diminutive WiFi signal. Raw, untamed wilderness waiting to be discovered. But Alaska isn’t for the faint-hearted. It’s not a place to venture unprepared.

Exploring Alaska or any of these breathtaking states, on a small group tour with Grand American Adventures, for me would be a dream come true. This award-winning company has been delivering memorable adventures for over forty years. They are passionate about what they do and take their responsibilities to the environment and the local people seriously too.

Whether staying in a stylish boutique lodge, under canvas, on a ranch or in a yurt under the stars, I can imagine relaxing at the end of each day knowing that every detail of my trip was taken care for me. Wouldn’t you like to make such once-in-a-lifetime memories on an adventure tour of the USA. I hope one day I can make at least some of these daydreams a reality. And you’ll be the first to know!

Where would your grand American adventure take you? What’s missing from my list?