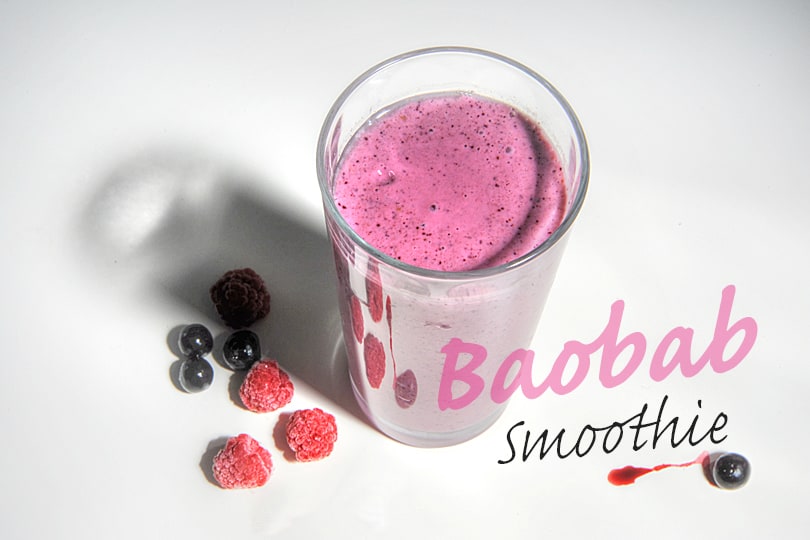 While on my travels in The Gambia and Senegal I’ve often heard from the locals of the many uses and benefits of the fruit of the baobab tree, a vitamin, fibre, and antioxidant-rich superfood. Here’s my recipe for a delicious and nutritious baobab smoothie.

The Baobab Tree | The Tree of Life

The baobab tree is a proud symbol of Africa. A majestic tree that can live for thousands of years. A tree of legend and fables. Griots, the hereditary musicians of West Africa, were traditionally buried within a baobab. With trunks that can be as large as 15m in circumference, holding as much as 4,500 litres of water per tree, leaves that are chewed to boost the immune system, bark that can be made into ropes, baskets and fishing nets and a fruit with a myriad of nutritional and medicinal benefits, it is no wonder that it is known as the tree of life. 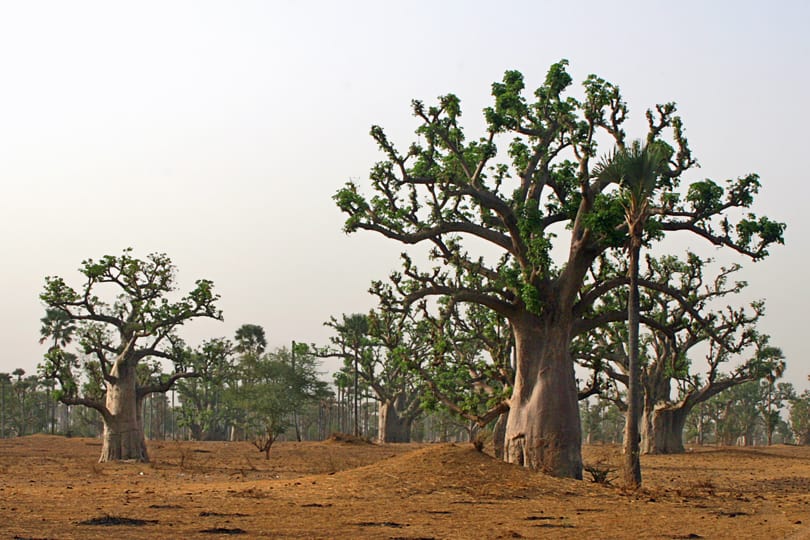 A common sight across the plains of Africa, it is also known as the upside-down tree, as its branches resemble roots growing up into the sky. And why does it look like this? Because the gods became so angry with the baobabs boasting about its beauty, that they turned it upside down to teach it humility.

Despite the health benefits of its fruit, in the 32 African countries where it grows the fruit is so abundant that most of it goes to waste. Some years ago it was estimated that if there were a global demand for baobab, this existing crop could be worth a billion dollars to rural Africa.

Back here in England when I happened upon a recipe for a baobab smoothie, that sounded delicious as well as being very good for you, I was eager to try it. The problem was I couldn’t get my hands on any, despite the fact that at least one popular high street store was supposed to sell it in powdered form. At that time, most people in the UK had never heard of it.

The birth of ‘Aduna’

Meanwhile, a plan was being hatched… a plan to make baobab a household name in the UK and beyond and to raise out of poverty the 10 million households in rural Africa who could easily supply this fruit from the community-owned trees that already exist.

In 2012 a company called Aduna was founded. Its name means ‘life’ or ‘world’ in Wolof, one of a number of languages common in Senegal and The Gambia and the language of the little girl I sponsor in Senegal as it happens. Set up by UK entrepreneurs, Andrew Hunt and Nick Salter, the company’s mission is to create demand for under-utilised natural products from small producers in rural Africa – starting with the vitamin-rich superfood Baobab fruit. 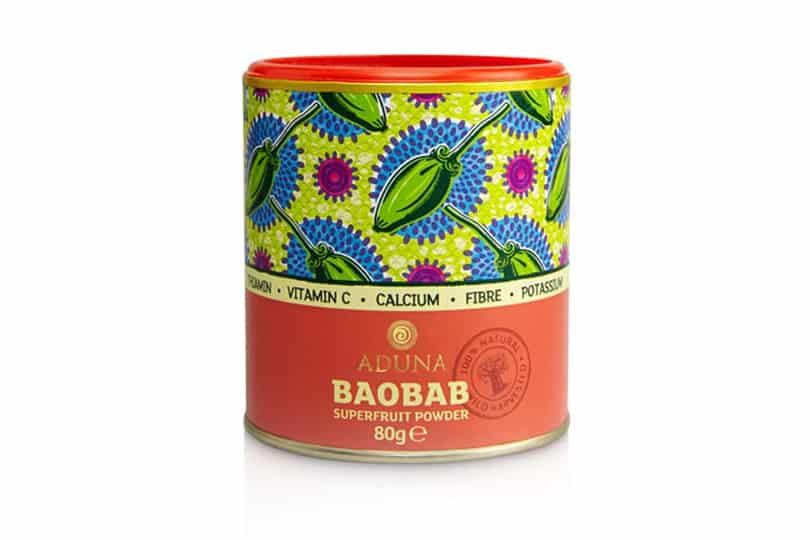 And thanks to Aduna, I’ve finally got my hands on some Baobab to make my smoothie. 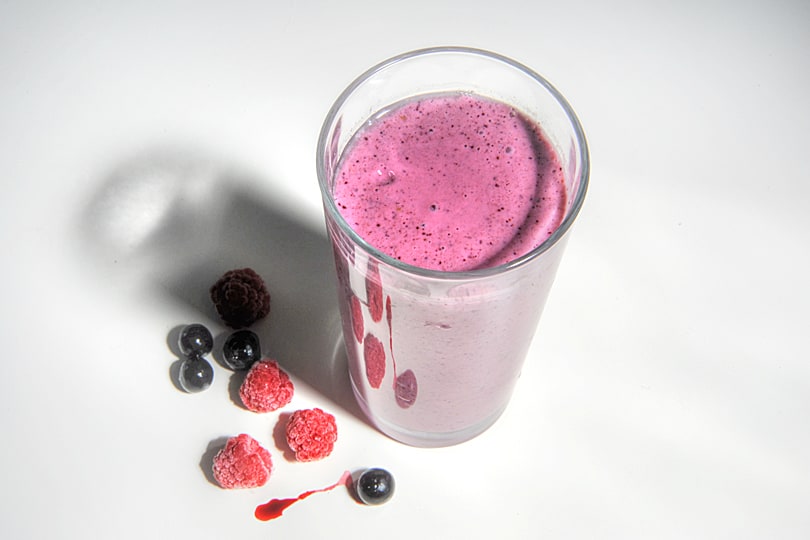 This is my version of the baobab smoothie inspired by a number of different recipes.
Course Drink (non alcoholic), Smoothie
Cuisine Vegetarian
Servings 1
Author Kathryn Burrington

Tip: Smoothies with blueberries and dairy products curdle if left to stand so this should be drunk immediately after being made.

Aduna has pioneered a new model for development in rural Africa. Recognising the failure of the traditional aid model where donor-funds are invested in cash-crop “development projects” that ultimately fail due to lack of demand, Aduna focuses on creating a market for existing indigenous species that already grow in abundance. The company invests heavily in marketing to build demand for Africa’s under-utilised natural products then directs that demand to rural producers via its pro-poor supply chain. Aduna is already sourcing directly from 1,000 women baobab producers in Ghana’s poverty-stricken Upper East Region, where average annual incomes have increased from £12 to £120 as a result of the project, enabling them to provide education, food and healthcare for their families.

12 favourite food markets around the world