From battling dyslexia to a British Guild of Travel Writers’ Award 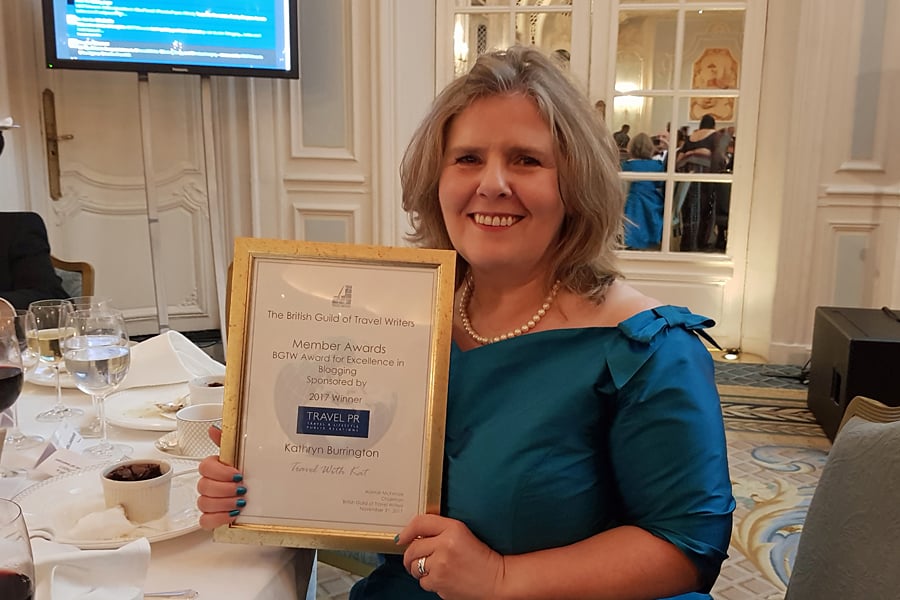 When people tell you that you can’t do something, should you believe them? I was once told that I’d never be a writer yet, earlier this year, my article The Wildlife of Canada’s Clayoquot Sound was shortlisted for an award and I was over the moon. I didn’t win, but I thought to myself “I AM a writer!”.

A few years ago, I was accepted as a member of the British Guild of Travel Writers (BGTW), the UK’s leading organisation for travel media professionals. Their members include professional travel writers, bloggers, editors, photographers, broadcasters and videographers. I was chuffed to bits to have been accepted. Each year they hold an awards evening in the very swanky setting of the Lancaster Ballroom at the Savoy in London. For the first time this year, I entered for one of the Guild’s awards. 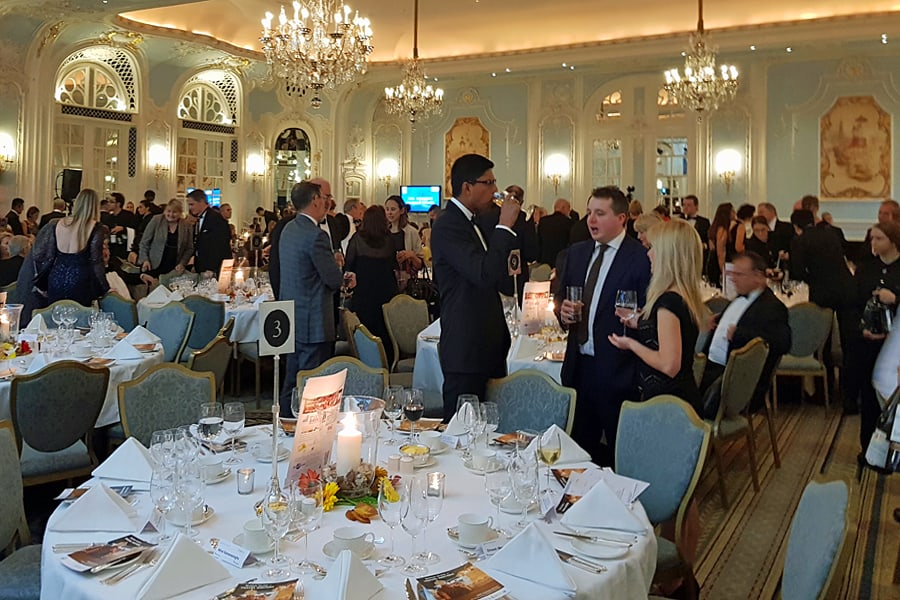 Growing up as the class dunce

Writing didn’t come naturally to me. Roll back the years to my ten-year-old self, to an ordinary day in class and a spelling test. At last, a word came up in a test that I could remember how to spell. Chorus. I knew it! I could picture it in my head. For once I would get more than nought for a spelling test. When the test had finished we all swapped our answer sheets and the teacher wrote out the correct spelling of each word. Finally, we got to the word I thought I had correct. Choir. I had written the wrong word down. Tears started streaming down my face. My mark for the spelling test was, once again, nought.

Three or four years on. Another regular day in class but at secondary school. The headmaster came in and started walking between our desks. He stopped beside me, looked down at my work and bellowed “Nobody’s spelling is that bad!”. The tears ran down my cheeks.

Few people had heard of dyslexia when I was at school, but while I’ve never been diagnosed with it, I have since spoken with a couple of teachers who specialise in that field and they were certain that I am dyslexic.

One of my primary school teachers told my parents I wasn’t bright enough to get any ‘O’ levels. A year or two later, during my first year at secondary school, I was put into the top stream, but my parents thought it was a mistake. My atrocious spelling, however, didn’t stop me doing well in my exams. I remember my chemistry teacher saying I had inventive spelling, but she always knew what I meant. And in 1987 when I graduated from Bristol University, one of the best universities in the country, with a Joint Honours Degree in Zoology and Psychology, my parents couldn’t have been prouder.

I’m not sure when or how but gradually over the years my spelling improved, but having so much trouble with something so important when young does take its toll on your confidence, and that is hard to shake. I still panic inside when anybody watches me writing, as I often have to pause and think about how to spell a word, mouthing it out in my head (at least I hope it’s in my head and not out loud!). I’ll always be a slow reader. Please don’t ask me to watch a film with subtitles.

Photography, on the other hand, was quite a different matter. I have been passionate about that since the age of ten, when I was first given a camera. In contrast, I didn’t try writing until well into my forties, which is when I started blogging. I wanted to put words with my photos, but I could never have imagined where it would lead. 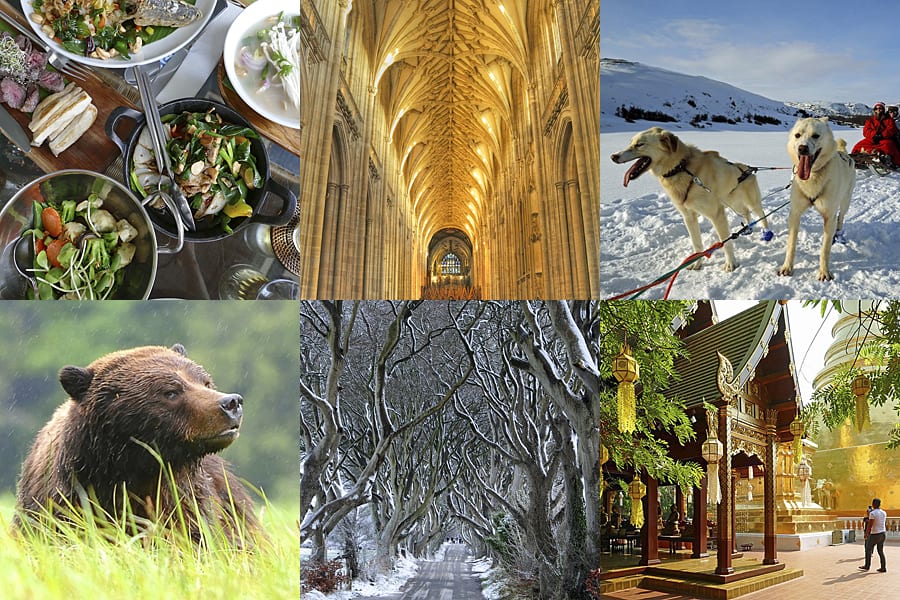 ‘Travel with Kat’ is literally taking me around the world, introducing me to wonderful new experiences and to many fascinating and inspiring people along the way.

From Grizzly Bear watching in Canada’s Great Bear Rainforest to learning how to make fresh pasta in an Italian cookery school, and from husky dog sledging in the Arctic to zip lining through the jungle in the Caribbean, it has been a varied and exciting journey. I feel so lucky to have had these opportunities and travelling has given me so much more than I ever imagined. It has increased my confidence, my curiosity and my awareness of different cultures.

Last year I started using an editor to proofread all my articles and I’m so glad I did. It gave me the confidence to enter for one of the British Guild of Travel Writers Awards for the first time. And boy, was I gobsmacked when I found out I’d made the shortlist. I already felt like a winner.

This year’s gala dinner at London’s Savoy Hotel was attended by over 300 travel media professionals and started with a champagne reception. The sponsors this year were the Sri Lankan Tourism Promotion Bureau. 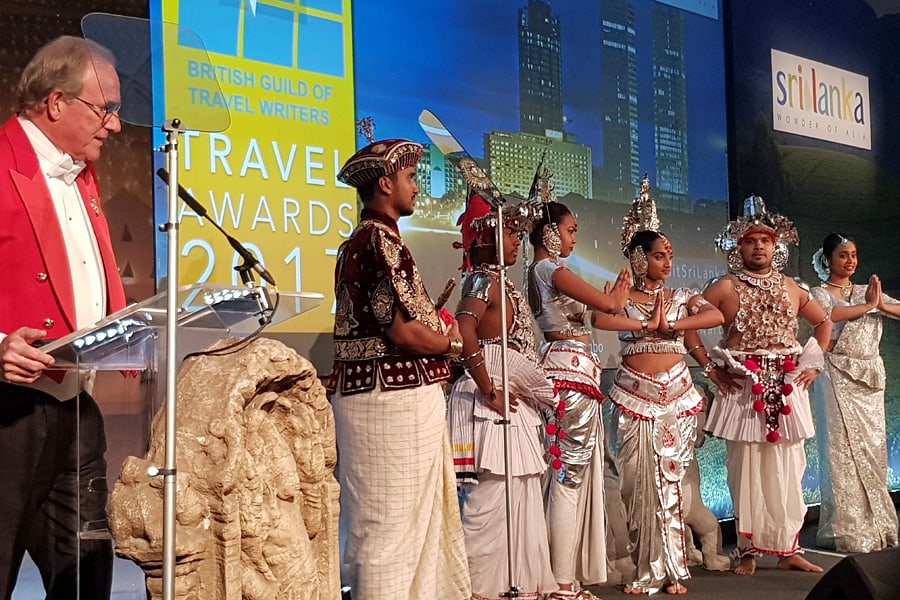 Numerous speeches and a wonderful meal followed and just before dessert, the awards were announced. There were eight categories in all. Congratulations to all the winners and highly commended finalists who were selected by an external judging panel. Aaron Millar was named the BGTW Travel Writer of the Year and Nori Jemil, BGTW Travel Photographer of the Year.

As one of the two finalists in the category ‘Excellence in Blogging’, I felt both nervous and excited. And blow me down (to put it politely) I won!

I was so taken aback I couldn’t eat the deliciously gooey chocolate dessert that was placed before me. I didn’t even take a photo of it. Unheard of!

So, if someone tells you “You’ll never be able to do that”, please ask yourself “What if I can?”. 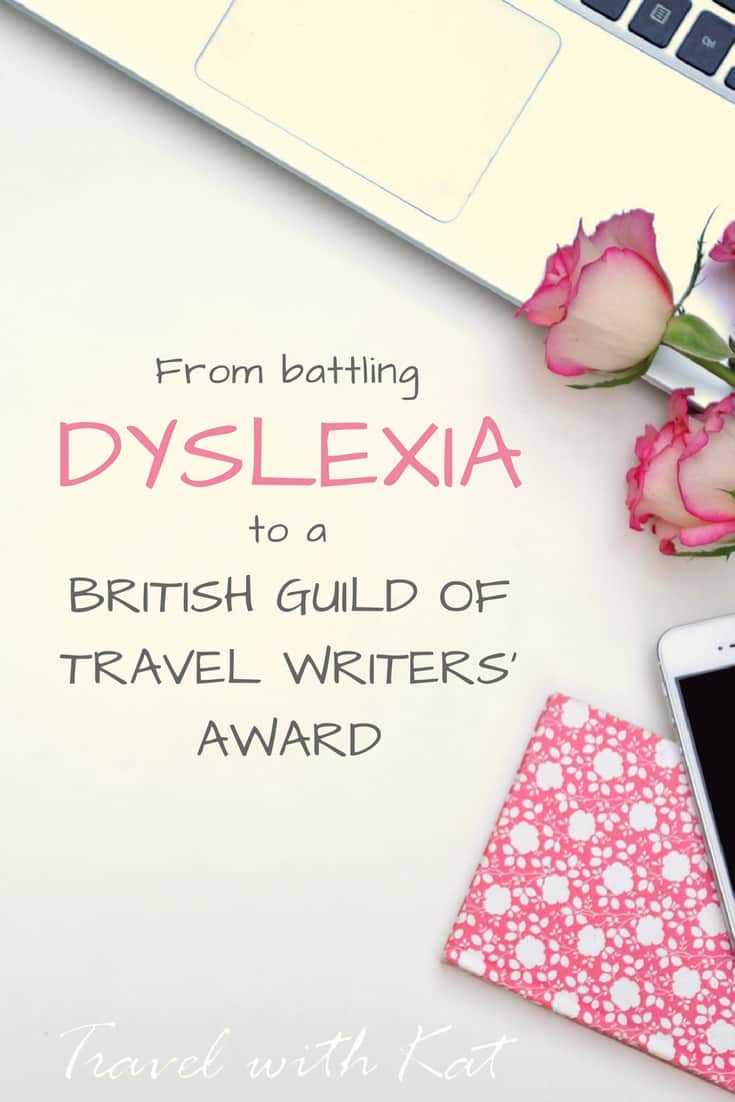 Thank you to Sri Lankan Tourism Promotion Bureau for sponsoring this year’s event, to Travel PR for sponsoring the Award for Excellence in Blogging and to Frances Linzee Gordan for encouraging me to join the British Guild of Travel Writers.

How to schedule tweets with ViralTag