Exploring the beaches of the Golfe de Valinco 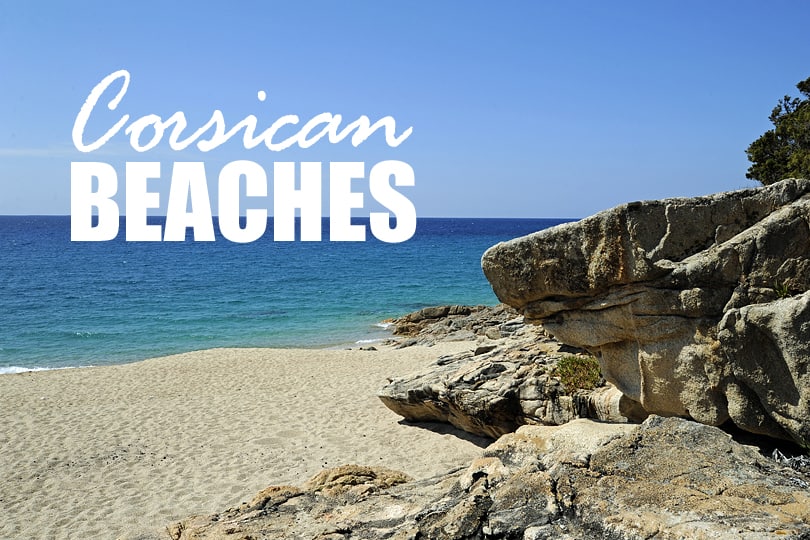 I love the sea and grew up spending the school summer holidays on the beach with my sister. I’d regularly stay in the water until my lips turned purple with the cold. These days I’m not quite so hardy and have to admit I prefer warmer climes when it comes to a dip in the ocean.

My favourite beaches, out of anywhere I’ve visited to date, are on the island of Corsica. While I’ve had plenty of time exploring the sandy bays in the north, I didn’t know the south so well, so I was keen to put that right during my recent visit. The loveliest beaches that I came across were all on the west coast in the Golfe de Valinco. This is a small collection of the best I’ve seen so far but I’m sure there are plenty of others, here and elsewhere in southern Corsica, that I’ve yet to discover.

On the far south of the golf is the little seaside town of Campomoro, where everything moves at a leisurely pace and I met a lovely couple who have been coming back here on holiday every year for nearly two decades. There’s a smattering of restaurants, a few shops, a scuba diving club and a bay of soft, fine sand with views across the water to the mountains beyond. Also, at the far end of the beach, you can walk up to the largest Genoese watch tower on the island.

I was here for a couple of hours from around 9am on a Saturday morning in early September. There were just a few people on the beach when I arrived and not that many more when I left around 11.30. 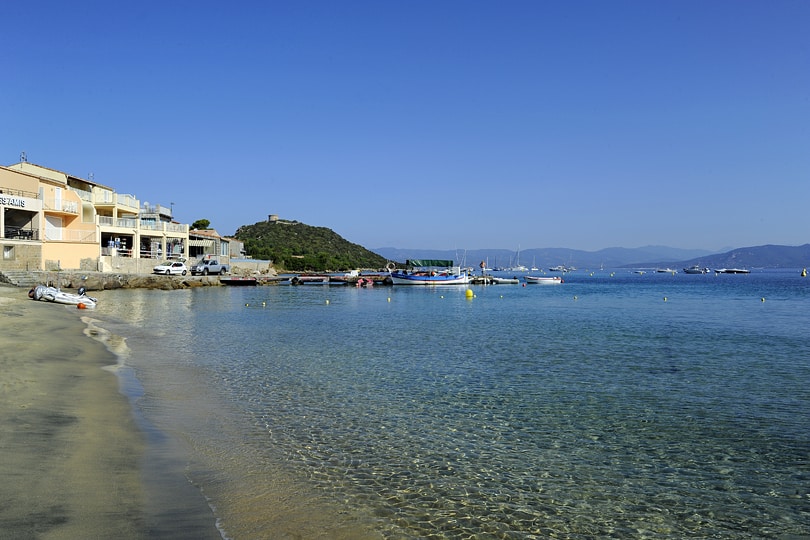 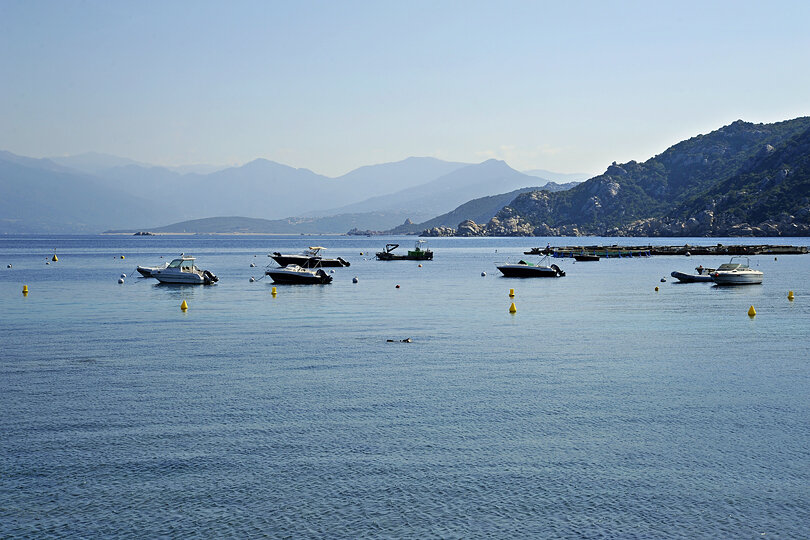 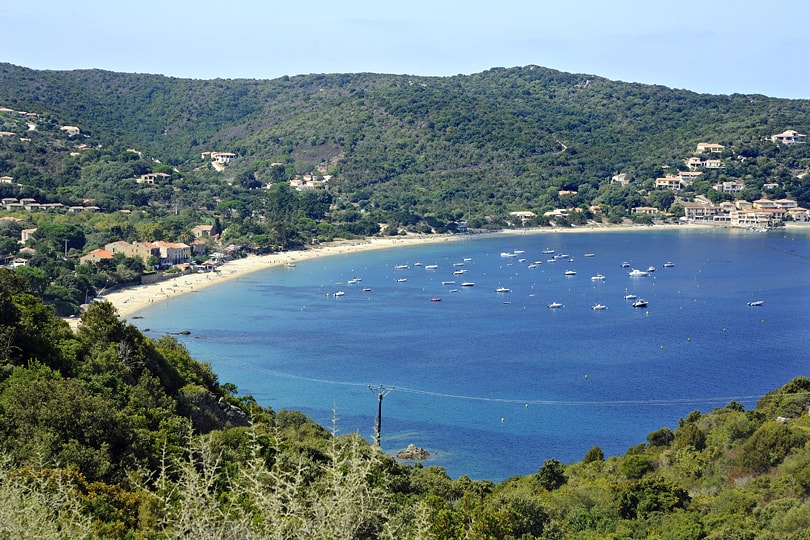 How to get to Campomoro

On the N196, just south of Propriano you’ll find the turning for the D121 heading west, signed posted Belvedere-Campomoro. Follow this narrow, winding and rather worn-out road, through a couple of villages until it leads you down to the sea at Campomoro. You have to turn left here and there are a number of places you can park with just a short walk to the beach. Alternatively you’ll find a car park just before you reach the coast with a walk down the hillside to Campomoro’s restaurants and beach.

If you prefer to find a secluded cove, all to yourself and without a restaurant in sight then head north to Capiccipolo. I saw just one couple here despite it being in the middle of a beautfiul day. 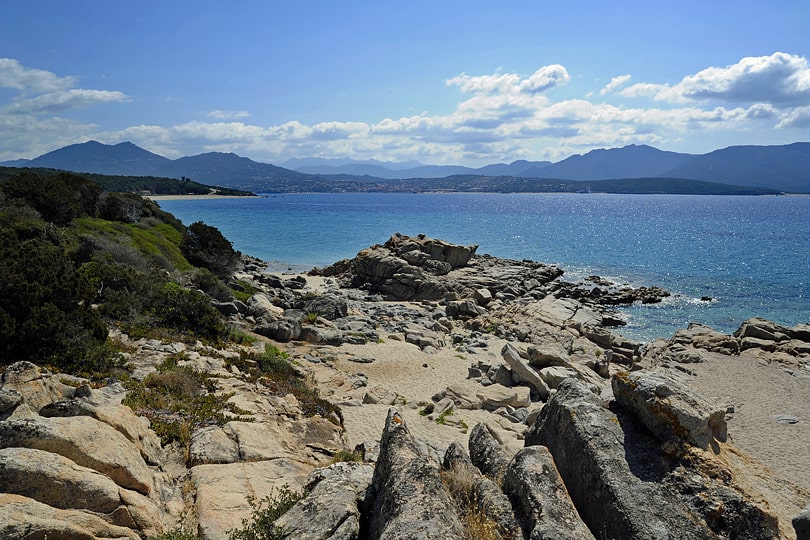 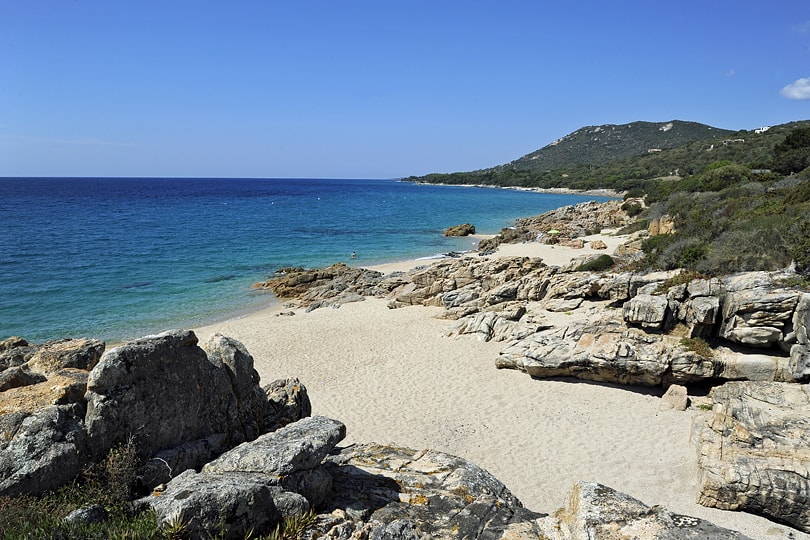 How to get to Capiccilo

Drive north of Propriano around the bay along the N196 and take the turning west along the D157, signposted Porto Pollo. About 2 miles along this road take the sharp left turn where you see the sign for Hotel Ruesco. I walked to the beach via a private residence but I’m sure there must be other ways to reach it and this was possibly the loveliest beach of the whole trip.

Just a little further west is the pine-backed beach at Usciapa with its glorious stretch of golden sand. This shot was taken around 8.30 in the morning when there was not a soul in sight. I swam from here the previous day, quite late in the afternoon, and only had to share it with a few others. 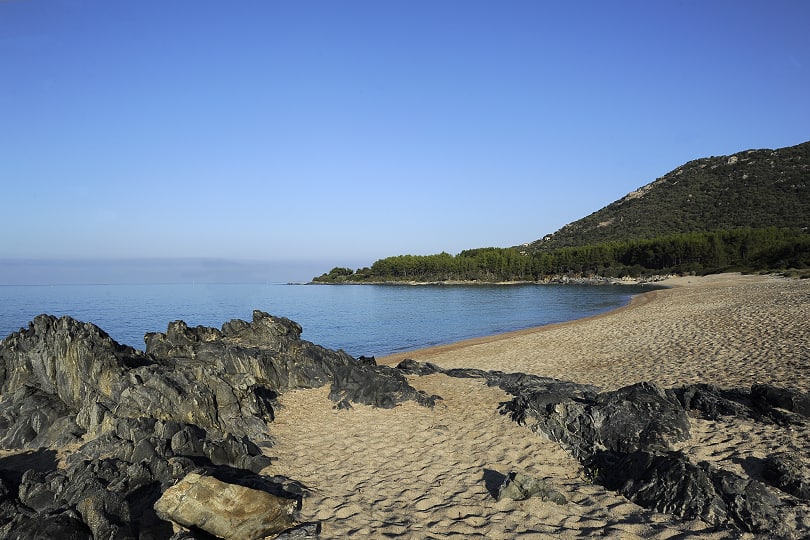 How to get to the beach at Usciapa

Having turned off the N196 onto the D157 to Porto Pollo, follow the road for just under 3 miles. There are a couple of left turns to the beach but this shot was taken at the end of the lane which is just before a purple sign for Les Lavandes (on the right of the road). If you go too far you’ll reach Olmeto-Plage and Abbartello so simply turn around and take the right turn just after the sign for Les Lavandes. There is room to park along the side of the lane and a turning circle at the end by the beach.

Further west still and you’ll come to the slightly busier beach of Olmeto-Plage with a few restaurants, shops and a Spar, handy if you are after some things for a picnic. Be warned though it closes at 1pm for a few hours. As you can see, the beach isn’t exactly over-crowded. Although I expect it is busier in July and August and at the weekend. 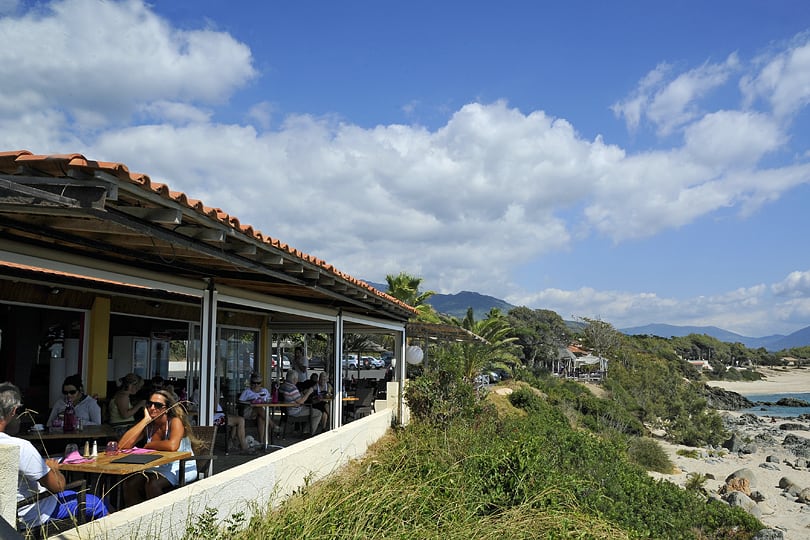 Having found the Spar shut, scuppering our plans for grabbing a very quick bite, we stopped off, at this lovely restaurant, Una Stonda, instead and I’m so glad we did. We had a fantastic, ultra thin crust pizza and the biggest Corsican salad I’d ever seen, made up of goats cheese, figs, walnuts, lettuce, tomatoes, olives, crotons and slices of jambon sec de Corse. 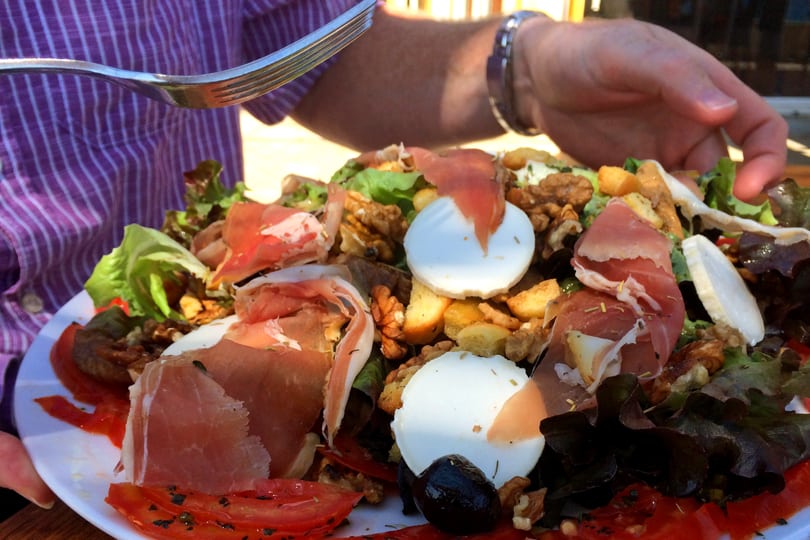 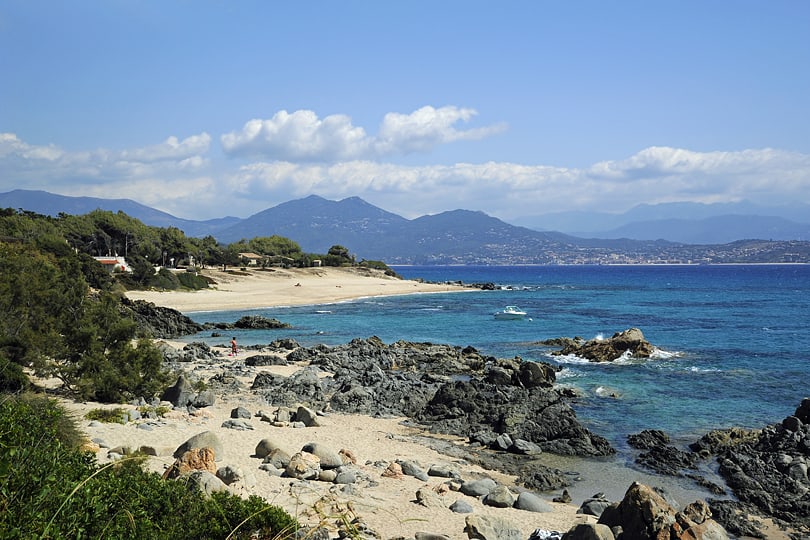 How to get to Olmeto-Plage

Having turned off the N196 onto the D157 to Porto Pollo, follow the road for about 3 and a half miles to the restaurant Una Stonda on your left, and space to park.

Disclosure: I was visiting Corsica while working for Corsican Places, part of the Serenity Holidays group.