An homage to the cakes of Lille 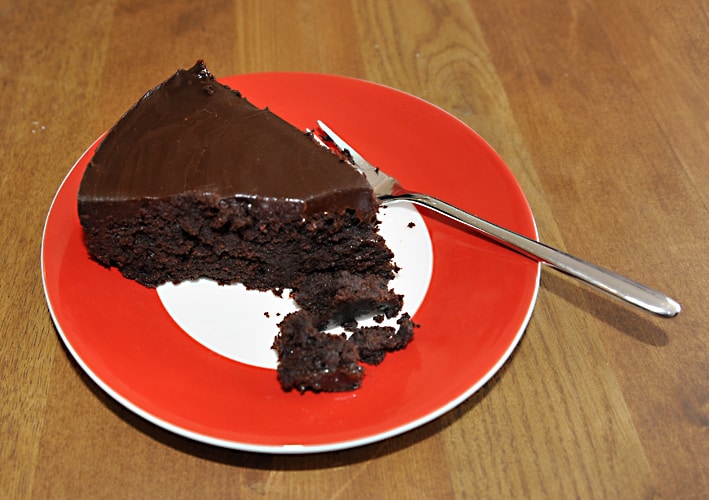 Having had a wonderful time in Lille last summer I was delighted to be invited back again, this time to celebrate Eurostar’s 2oth birthday. And so, last weekend, I boarded my train at London’s St Pancras Station, enjoyed a light breakfast (and free magazines) in their spacious Standard Premier carriage and less than one and half hours later I alighted slap bang in the centre of Lille.

Just as in my previous visit, glorious sunshine greeted me and I’d barely left the train station when the smell of freshly baked baguettes engulfed me. It felt so good to be back in this beautiful city, home to Maroilles cheese and Merveilleux meringues, the giants Lydéric and Phinaert and the colourful Wazemmes Market. Yes, being back in Lille, on a beautiful spring day, felt very good indeed!

So how should Eurostar’s birthday be celebrated in Lille? I asked myself. Why with cake of course! Lille has a long tradition of making excellent cakes. The bakery chain, Paul, began in Lille back in 1889, but I had a few other places in mind that I was eager to visit.

In a road just off the main square you’ll find Meert. Just looking through the shop window the chocolates, cakes and colourful packaging will not doubt capture your attention (and retain it for some considerable time) but if you step inside and can look past the delectable sweet treats on offer, you’ll also notice the magnificent design of the interior.

It was back in 1761 that the first chocolate and sweet shop opened on rue Esquermoise and in 1839, it was renovated by architect Benvignat, assisted by the painter Stalars and the sculptor Huidiez. Together they created the beautiful, ornate interior that can still be seen today. The shop, also selling ice-cream and cakes, was already held in high repute, particularly after being praised by the Count of Lille back in 1773, but it was not until 1849 that the shop was taken over by Meert. In 1864 they became the official supplier of King Leopold I, no less.

Today you’ll find a chocolate shop on the right-hand side and the cake shop on the left, with an elegant restaurant and tea room behind.

You can also find Meert in the Lille department store Printemps and in nearby Roubaix in La Piscine, the stunning Art Deco swimming pool now transformed into the most beautiful museum and art gallery I have ever seen. Two further shops can also be found in Paris and another recently opened in Brussels in the Galerie du Roi.

I didn’t stop for tea and cake, though sorely tempted, instead I tried the vanilla waffle that Meert is famous for. This thin Flemish waffle, filled with sugar, butter and vanilla from Madagascar, served cold, was indeed wonderful (although I could imagine it being simply too sweet for some).

You’ll find all the shops addresses and opening times are on their website Meert.fr.

Equally popular is this far more recent addition to Lille’s cake scene, Aux Mervielleux de Fred. Frédéric Vaucamps opened his first traditional pâtisserie in Hazebrouck in 1982. This was followed by his first store in Lille some fifteen years later, ‘Aux Merveilleux de Fred’ in the Rue de la Monnaie in the historic city centre. In 2004, he opened a second shop in Lille, in the Gambetta district, home to the Wazemmes market.

It was the shop by the market that I visited last Sunday morning and found the queue leading outside and along the pavement. It moved fairly swiftly and soon I could see rows of Les Merveilleux, a melt-in-the-mouth meringue coated in whipped chocolate cream covered with shavings of dark chocolate, a light and dreamy taste of heaven (pictured above top row centre, with mini versions in different flavours).

There are now 12 shops, including 5 in Paris and 2 in London, details of which can be found on their website, AuxMerveilleux.com.

Said by many to serve the best coffee in town, Coffee Makers is a casual, friendly café with a great range in coffees (including a rather splendid looking maltesers coffee) and some really delicious sandwiches. I tried the Faluche au Chevre Frais, a goats cheese, chive, honey, walnut and baby leaf salad sandwich, a wonderful combination of tastes and textures in one sandwich.

But I digress and the really hard decision came next. Which of the delicious looking homemade cakes to have? I succumbed to the dark chocolate cake with red wine glaze, which again was perfect, not too rich or sweet, it was actually slightly bitter-sweet, substantial but not too heavy. If you fancy trying it for yourself but can’t make it over to Lille, here’s the recipe. It wins my vote for the best birthday cake for Eurostar!

2013 was a record year for Eurostar, carrying 10 million passengers for the first time in a single year. This year, in November, they will be 20 years old and they are celebrating all year! They have some exciting plans a foot for the future too – a new fleet of trains and new destinations including Lyon, Marseille and Amsterdam.

Happy 20th birthday to all at Eurostar. Cake anyone?

I travelled to Lille courtesy of Eurostar and Lille Tourism. Return tickets from London to Lille, which takes around 1 hour and 20 minutes, start from just £69. As always, I am free to write (and eat!) whatever I wish and all opinions expressed here are my own, as are the pounds I put on during this scrumptious weekend.

Masca, the prettiest village in Tenerife

Having marvelled at the dramatic volcanic scenery of the Teide National Park on Tenerife and the lush green, cloud enshrouded forests of...