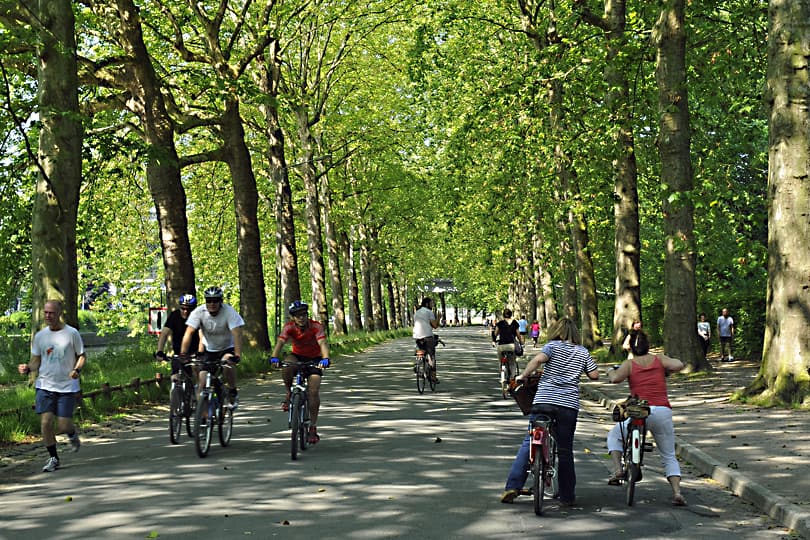 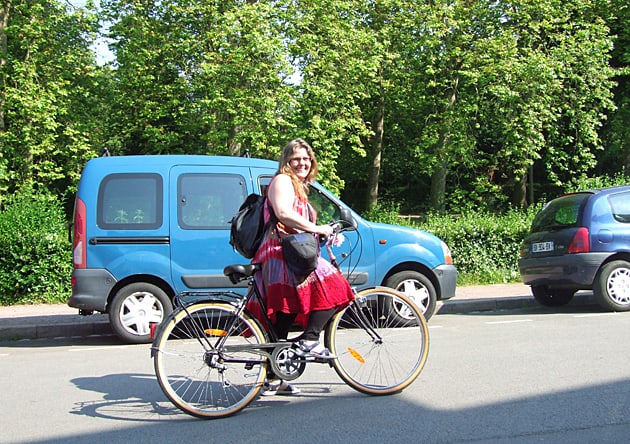 Me about to set of on a tour round Lille

When I heard that I would be spending a morning cycling around Lille a question immediately came to mind, namely, is it true that you never forget how to ride a bicycle?

I remember well the last time I rode anywhere on a bike, namely from my home down to the seafront. I left my bike outside overnight and the next day found the entire roof of the building next door on top of it; the Great Storm in October 1987 had wreaked havoc across the whole of the south of England.

Some 25 years later I needed to know if I could still ride. I arranged to borrow my sister’s bike and took it to a empty car park. After a false start or two, I wobbled off and soon found myself cycling along quite happily. At least the cycling bit was fine, it was the stopping and starting that was a problem.

Never-the-less, feeling inspired I bought myself a new bicycle, so I could build up my confidence on the road, before I went to Lille.

A cycling tour of Lille

On a Sunday morning, in glorious sunshine, we met up with our guide Florent at Café Restaurant Le Corfou, on  Quai de la Citadelle. Our tour started with a ride through the park alongside the canal in the shade of a lovely avenue of trees. It was perfect and I could have spent a few hours just cycling around the park – it seemed big enough. 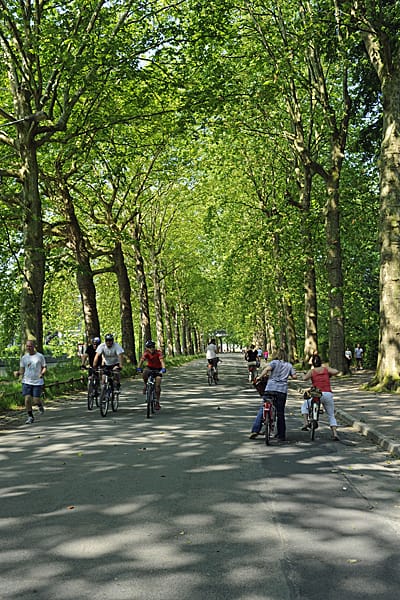 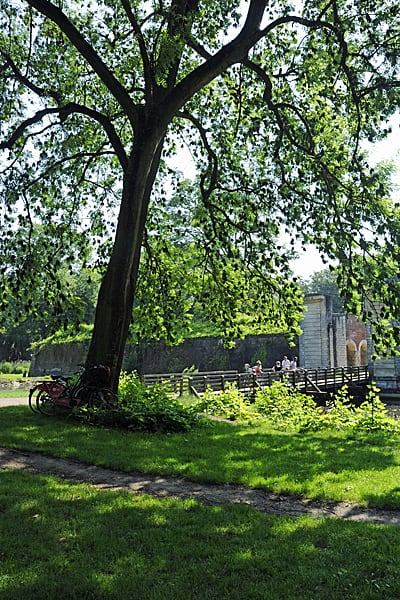 But there were more parks, lovely squares and the pretty cobbled streets of Lille to explore, with regular stops for Florent to tell us about any points of interest we passed. It was a great morning and I’m so glad I can still ride a bike. 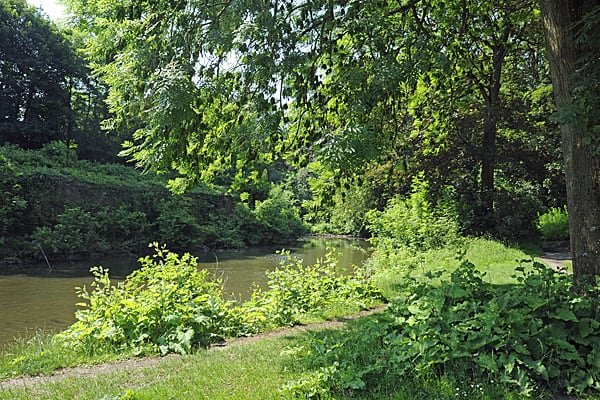 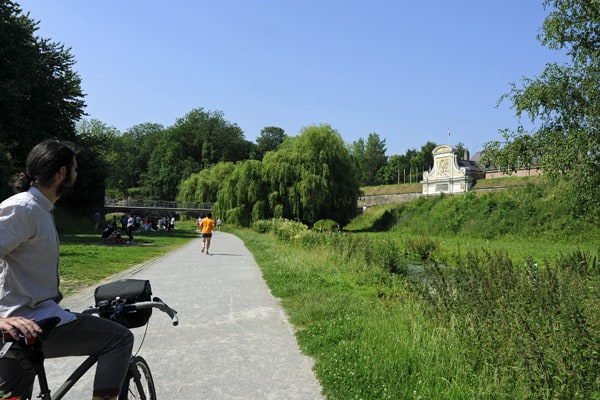 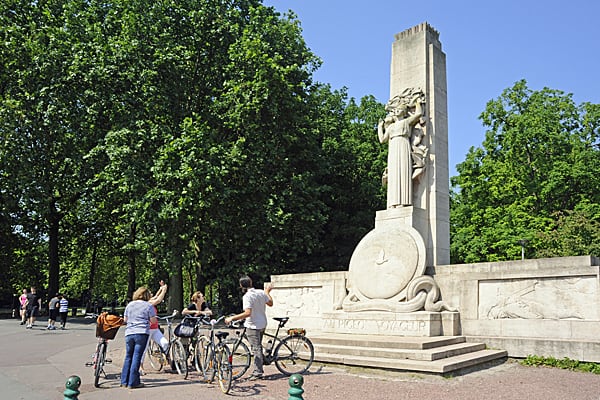 Monument aux pigeons voyageurs by the entrance to Lille Zoo

In 1936 the French Federation of Pigeon Fanciers erected at the entrance to Lille Zoo a memorial to the 20,000 pigeons who died for their country in WW1. Florent pointed out to us that there are no bird droppings on the monument and apparently there never is. 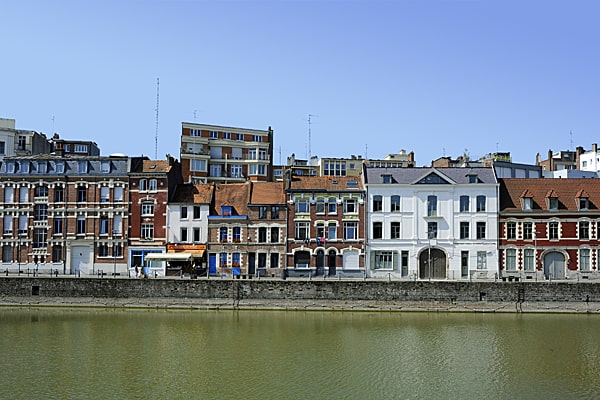 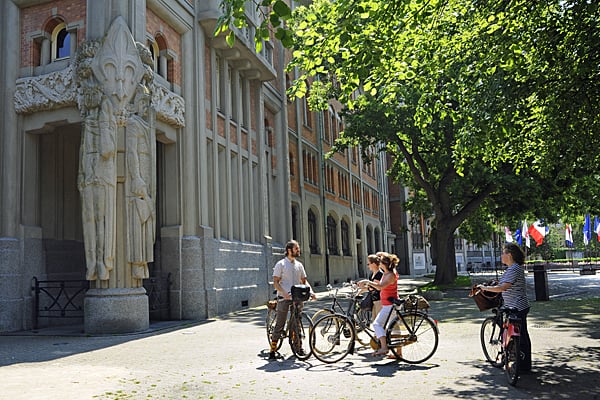 Florent introduces us to two of Lille’s giants, Lydéric and Phinaert

The city of Lille was founded by two giants, Lydéric and Phinaert. They are carved in stone at the foot of the City Hall belfry, a UNESCO World Heritage Site. 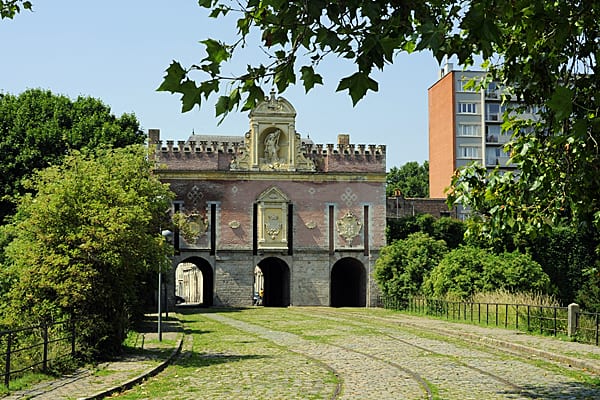 The only downside of cycling in Lille is the cobblestones. They’re a real boneshaker. 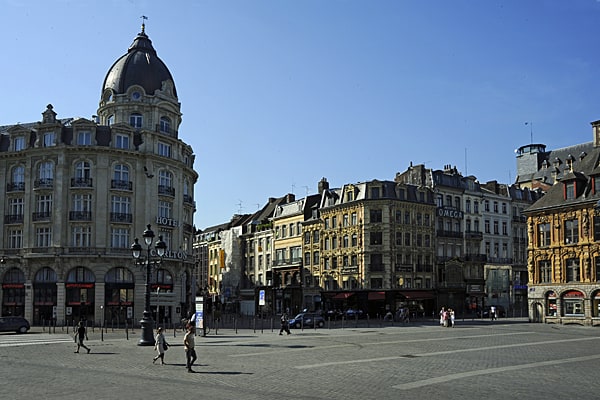 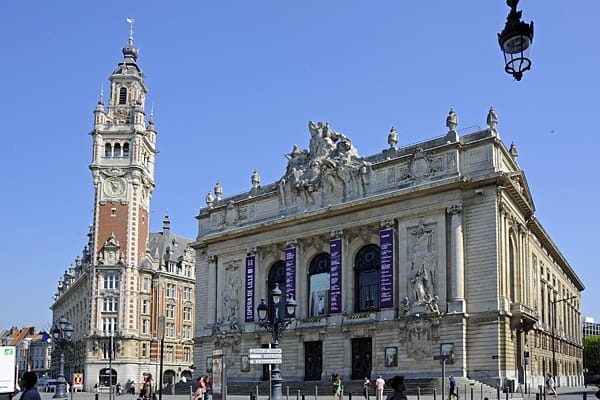 Lille Chamber of Commerce and the Opéra de Lille

The tour ended where we started and rather conveniently there happened to be a very charming tavern in sight, Guinquette de la Marine. We tucked into a hearty traditional lunch washed down with a glass of local beer. 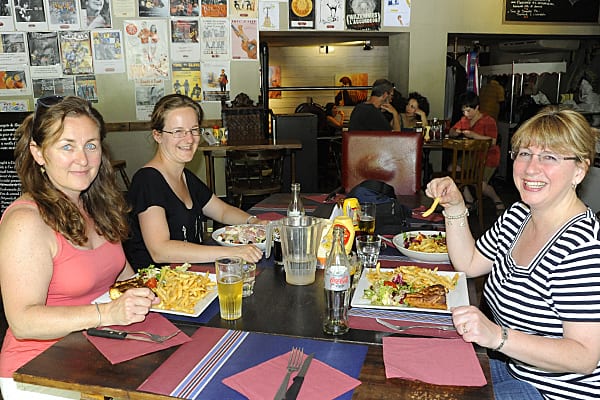 All the details about taking a bike tour of Lille can be found on the Le Grand Huit website.

Photograph of me courtesy of Janine from The Good Life France

Disclaimer: Thank you to Roubaix Tourist office, Lille Metropole, Nord Tourism and P&O Ferries for a really wonderful weekend. All thoughts expressed are my own, honest opinions.

Roubaix and the art of reinvention

If ever a town has mastered the art of reinvention it has to Roubaix on the outskirts of Lille in...