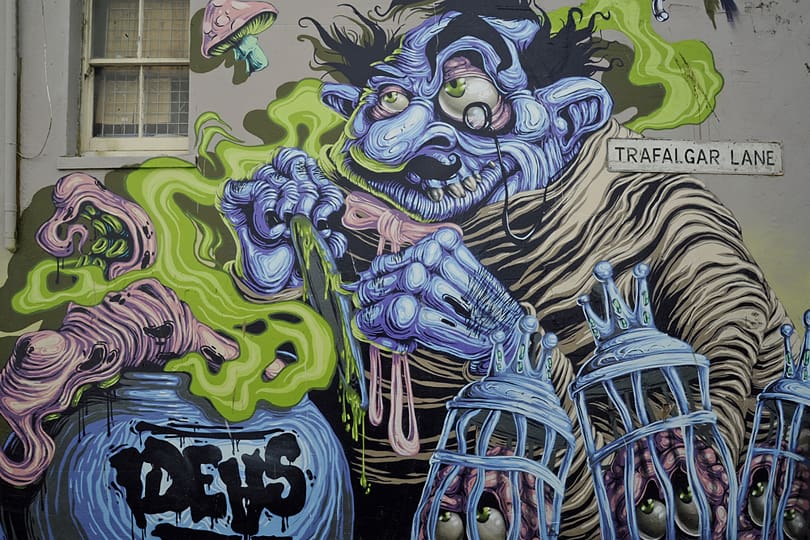 With Phil Lynott and Elvis looking over my shoulder I tried out Periscope, the live streaming phone app, for the first time in Brighton earlier this week. This colourful seaside town on the south coast of England is well-known for its street art and not least for Banksy’s Kissing Policemen which is where I started my mini tour of the murals in the Trafalgar Street area near the train station. Scoping turned out to be even more fun than I imagined as the app enabled me to broadcast video live from my phone and over 50 people around the world tuned in. Short messages welcoming me to Brighton or simply saying hello from Edinburgh and Australia were great to see coming in. I really loved the interaction. I’ll be writing more about Periscope and Snapchat, another great app, in an upcoming post. In the meantime, you can follow me on either of them at ‘TravelWithKat’. 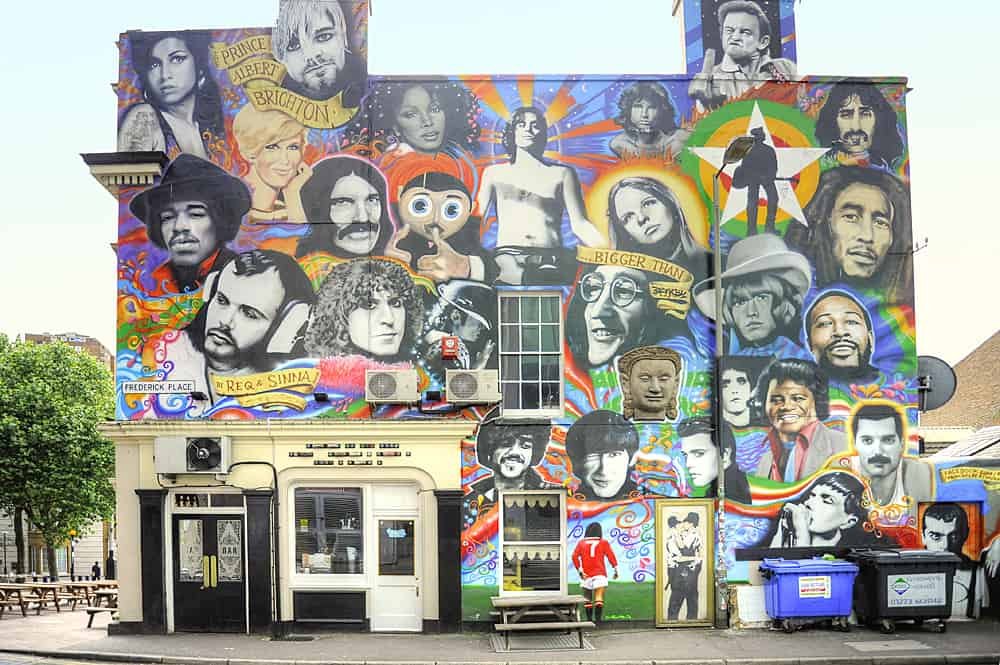 The first stop in particular is a must. As you leave the front of the station head off to the right and then turn left down Trafalgar Street which leads you under the station. On the corner of Frederick Place you’ll find the Prince Albert pub and Banksy‘s Kissing Policemen. The colourful wall of fame that surrounds it is a tribute to musical legends, a collaboration between graffiti artist Req, the original creator, SinnaOne and Chris Steward the owner of the pub.

Continue east down Trafalgar Street and you’ll come across this detailed black and white image with just the odd splash of colour by Stink Like Dog. 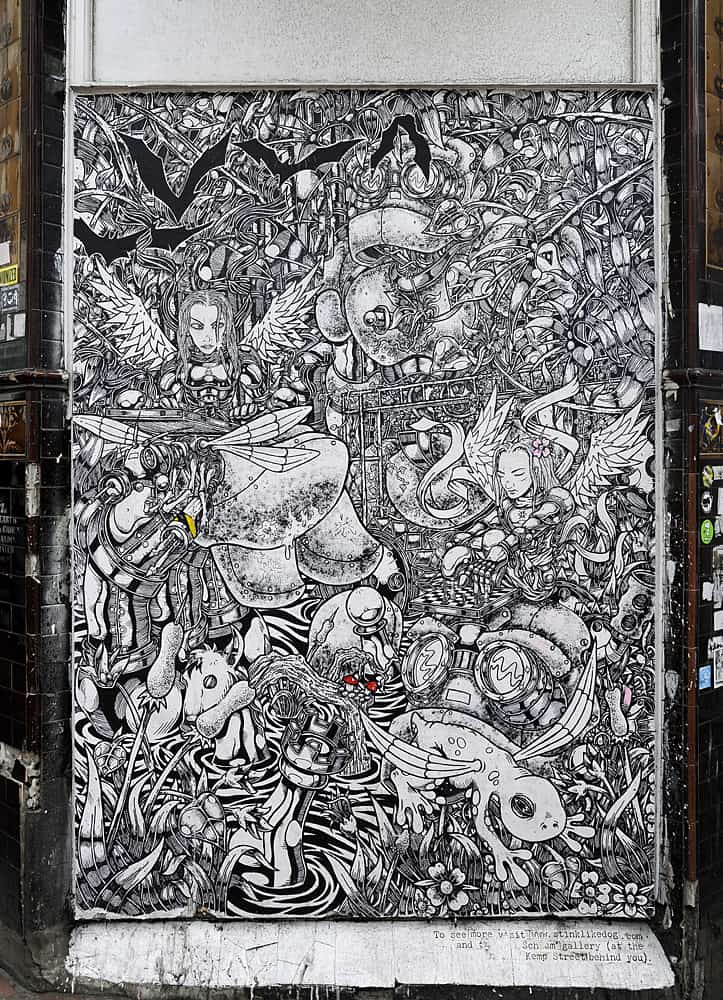 From Terrance Street I turned south into Terrance Lane, a narrow road bedecked with art work after colourful artwork all along both sides of the path. While I recognised some of the images, a few old favourites had been painted over and replaced by new work. 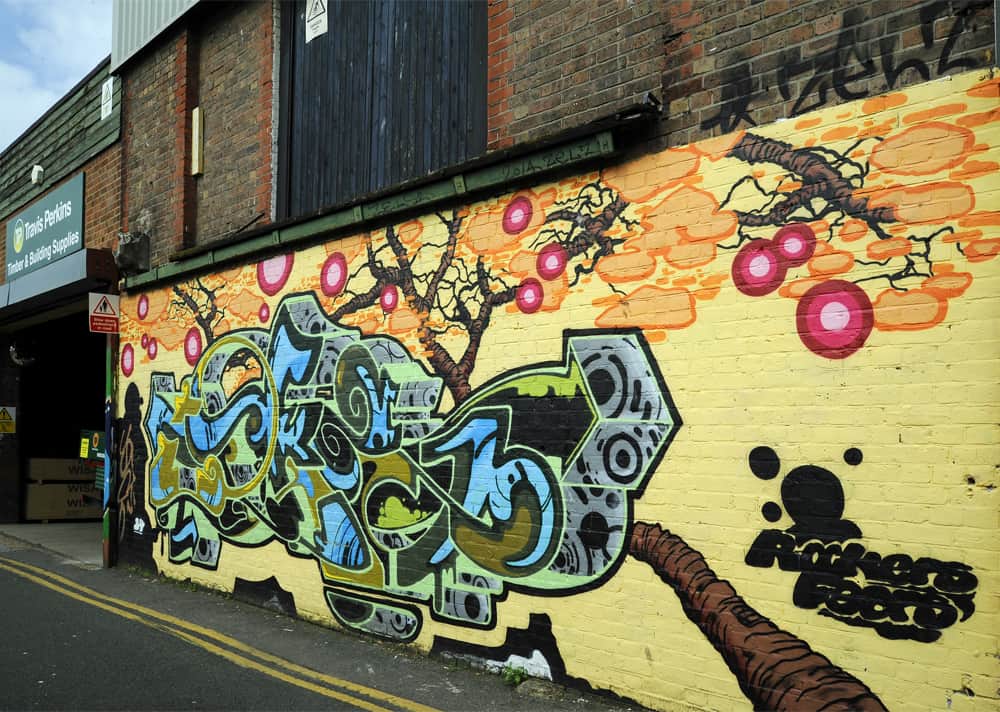 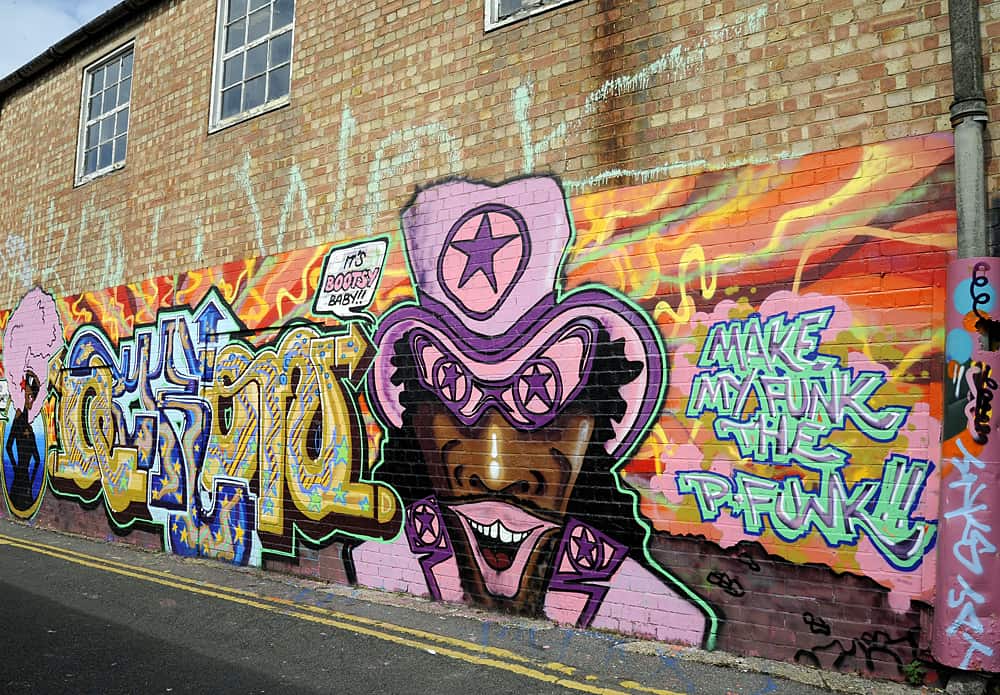 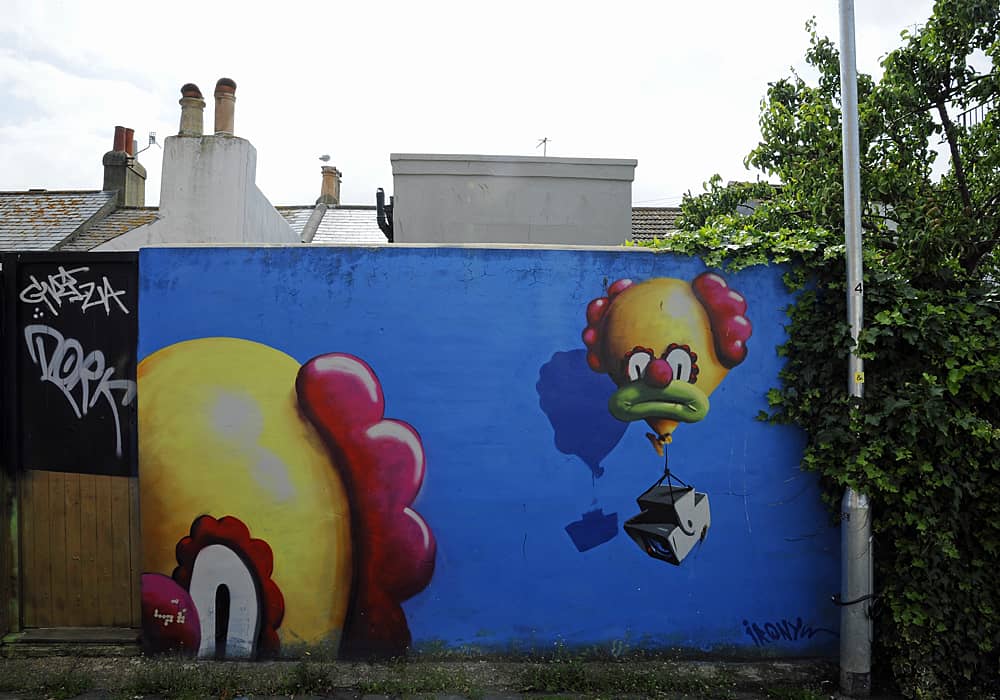 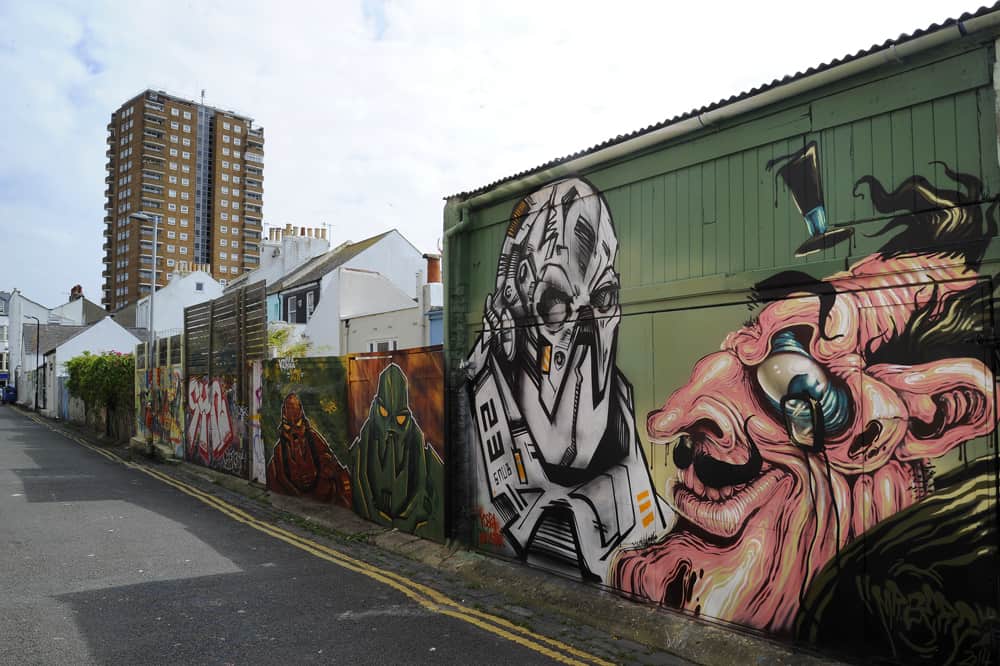 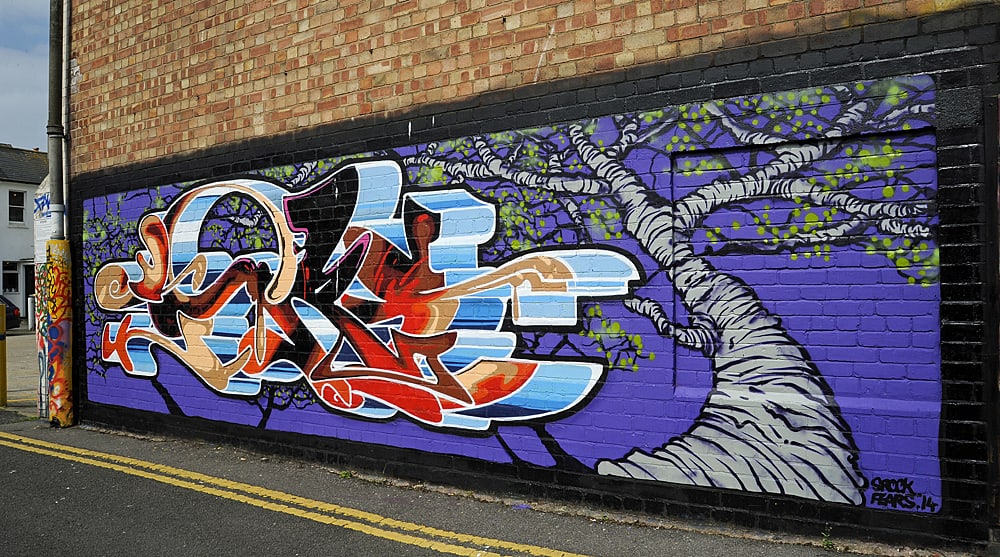 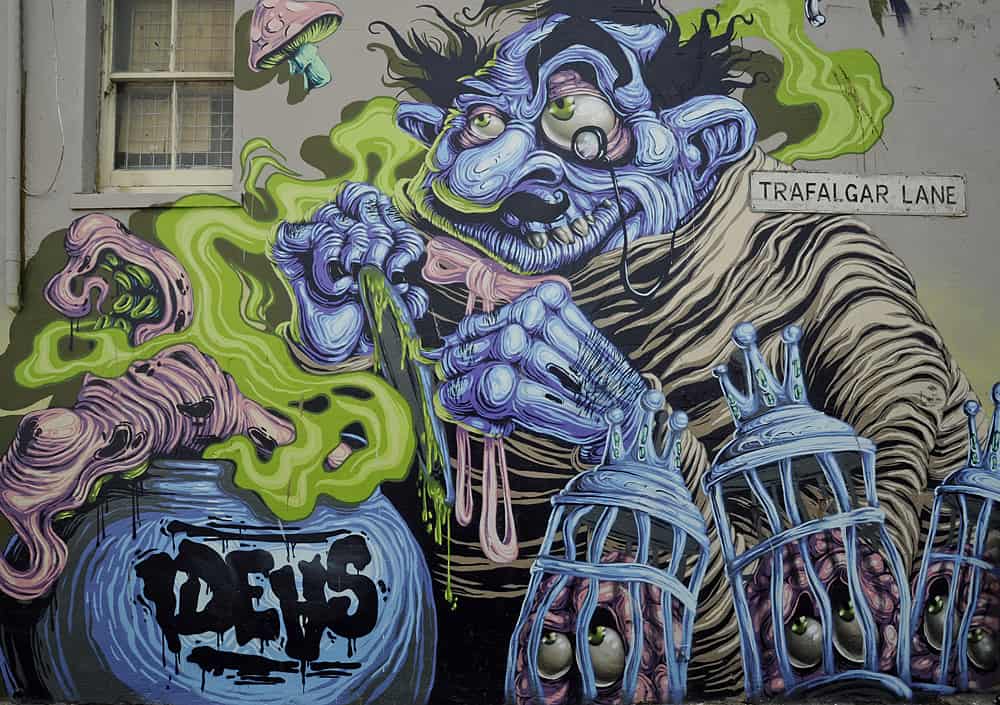 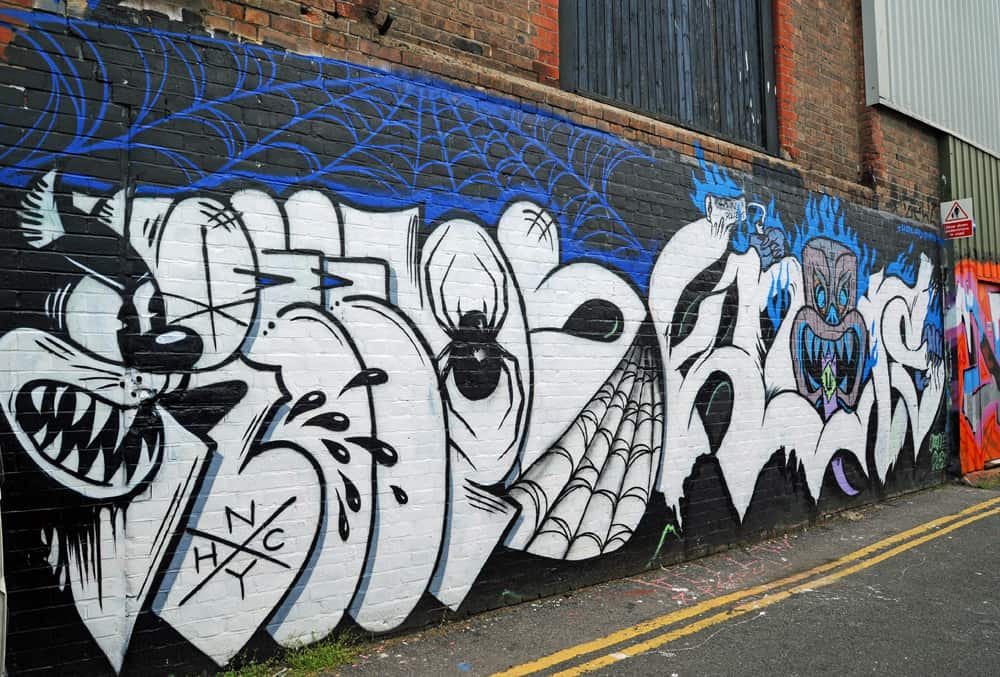 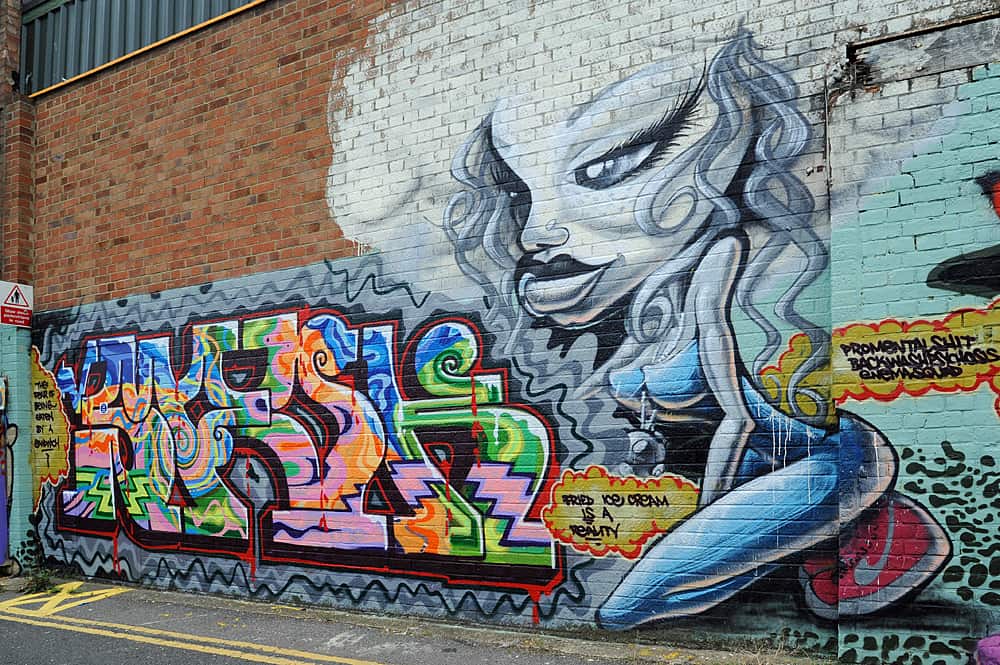 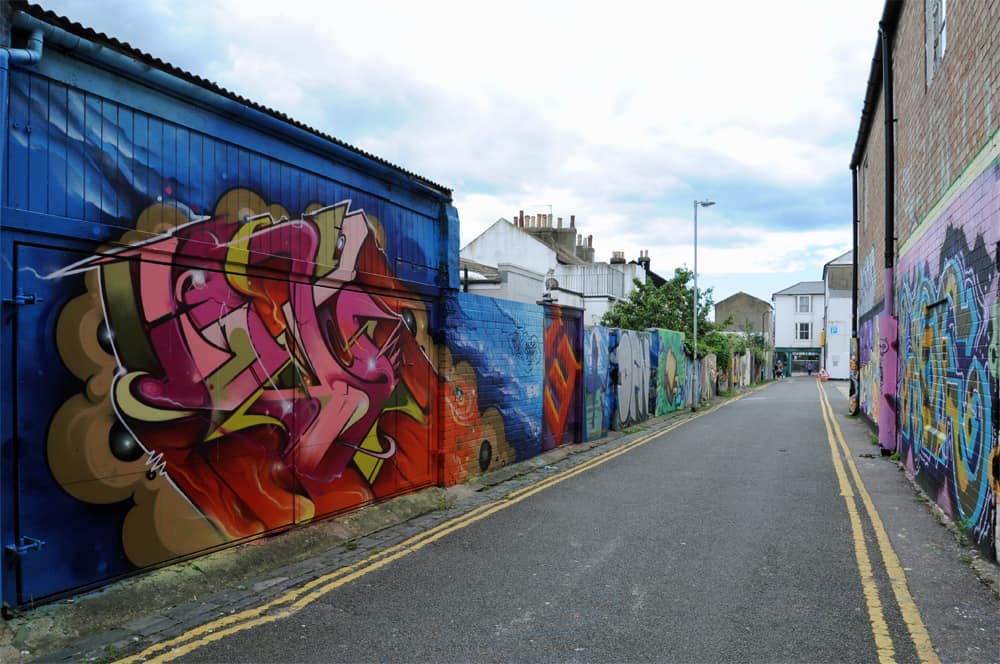 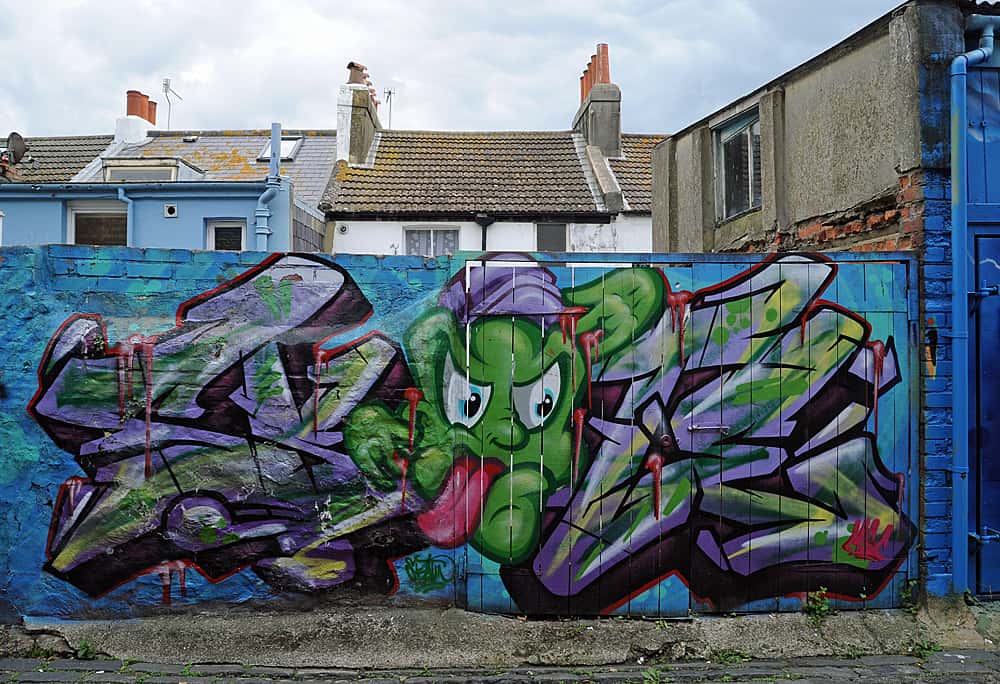 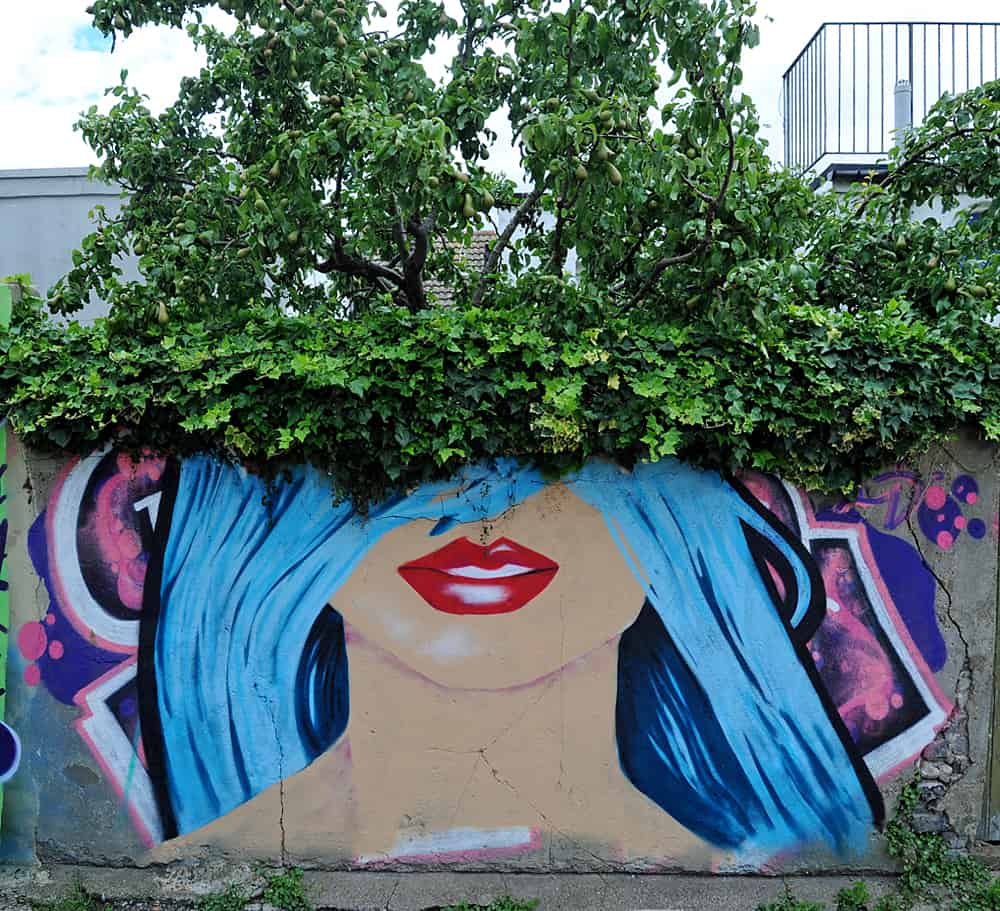 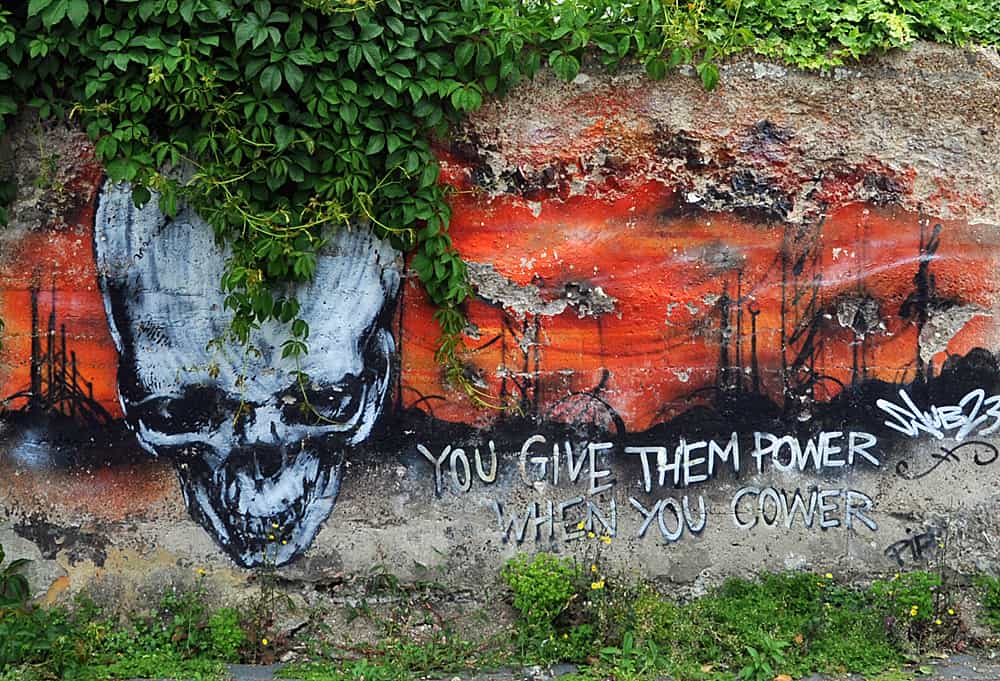 That’s just a glimpse of the street art in Brighton and I’ll be heading back there sometime to photograph more. I need little excuse to visit this wonderful bohemian town, where the people are as colourful as the walls are. From the music scene, the shops, the art and the seaside, not to mention a myriad of fabulous restaurants, I love it all. And it was here that the first Green Party MP was elected, Caroline Lucas. Brighton gets my vote, that’s for sure.

Getting there: Brighton is on the south coast of England in East Sussex and it’s around an hour by train from London’s Victoria station (via Gatwick Airport). Trains also run here along the coast from Southampton to the west and to Eastbourne to the east. There’s limited free parking and the car parks cost a fortune so I much prefer the train. 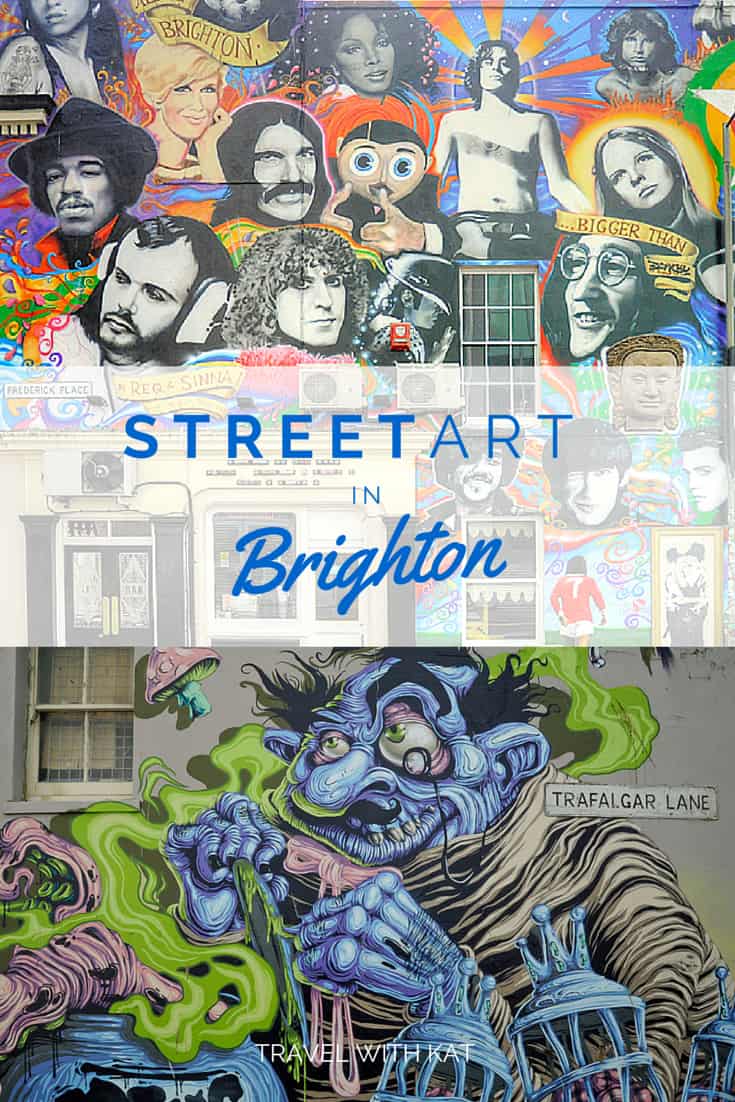 Please note that most of the following links are affiliate links which means that if you click on the link, I may be paid a small commission. You can find out more about affiliate links in my Disclaimer.

I never travel without insurance. If something unexpected goes wrong the costs implications are just too high to take the risk. World Nomads provides travel insurance to travellers from over 130 countries. They're the perfect choice for long term travellers or single trip insurance.

Check out my guide to all my favourite travel clothes for women.

Book your hotel or package holiday

TripAdvisor is my preferred hotel search engine. They compare all the top sites to find you the best deal. I also use Airbnb ($31 discount) for booking rooms/apartments.

Skyscanneris my preferred flight search engine. I'd recommend them for finding the best deals on flights.

Discover Carsis a great site for comparing car hire prices to help you find the best deal. They search both local and international rental companies.

When I’m travelling, especially to a new city, I use Viator and Get Your Guide to book tours and excursions. You can't beat a good food tour to introduce you to a new city!

. It’s pretty much the only one you’ll ever need. Please note that as an Amazon Associate, I earn from qualifying purchases.

Hello, I’m Kathryn, a travel photographer and blogger. This is my corner of the world-wide web where I write about my passion for travel, from stylish city breaks to off-the-grid wildlife encounters. I am equally happy zip-lining through a rainforest in the Caribbean as I am unwinding in a luxury European spa or learning to cook fish benachin in Africa. Join me as I discover new countries, cultures and cuisines. 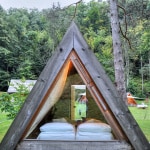 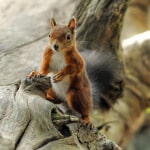 By using our site you accept that we use and share cookies and similar technologies to perform analytics and provide content and ads tailored to your interests. By continuing to use our site, you consent to this.Agree and proceed to websiteRead more

Enjoying the moment - As a blogger whenever I experience something new I can sometimes get a little carried away....