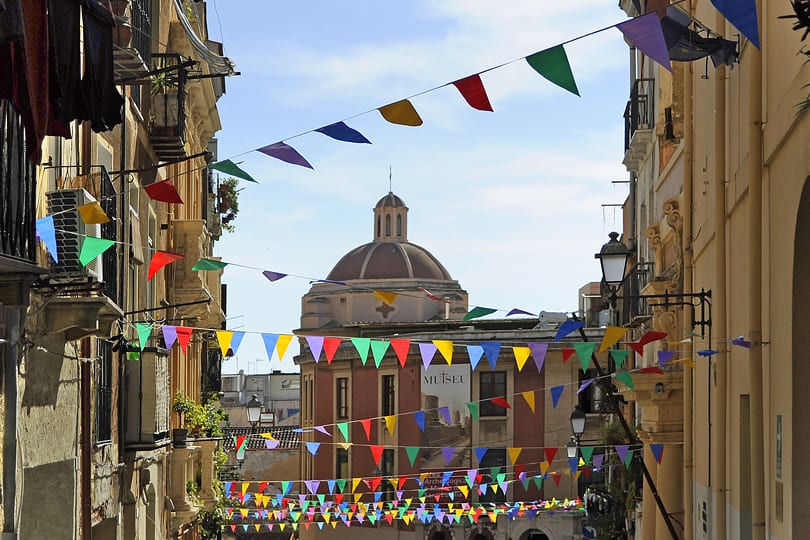 Cagliari (or Casteddu in Sardu meaning castle) on the south coast of Sardinia, is the island’s capital and was once the capital of the Kingdom of Sardinia. It is an ancient city, known to have been inhabited as long ago as the Neolithic period, over 5,000 years ago.

The city today is known for its architecture, University and International Airport and for having one of the largest ports in the Mediterranean but when I visited last Autumn, Cagliari didn’t have the feeling of a city at all. It was more like a charming and inviting town, an old friend even. Despite it being my first visit there, it somehow felt familiar yet new, all at the same time. I only had a few hours to explore so I took the opportunity to wander through the old town, its narrow, medieval streets and beautiful cathedral…

Climbing the stairs of the Bastione San Remy on the southern side of the Castello’s fortifications is the most evocative way to enter the old town. At the top you’ll be rewarded with an impressive terrace and views across the port and out to sea as well as back across the city to the distant mountains. 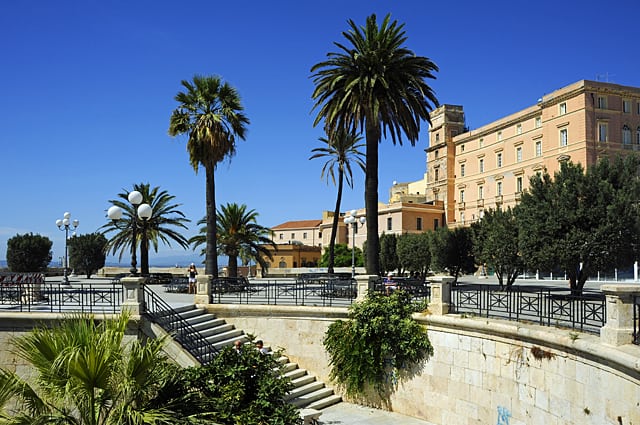 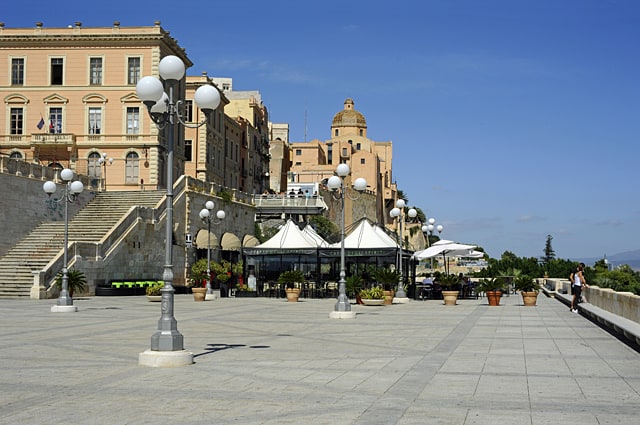 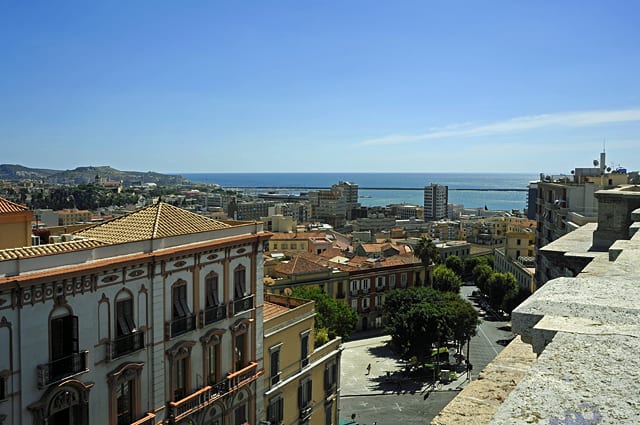 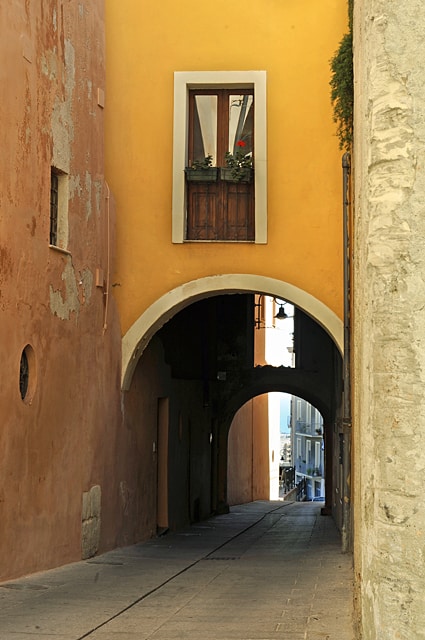 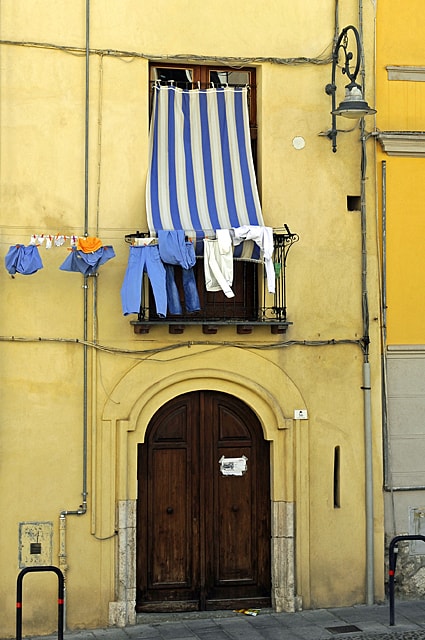 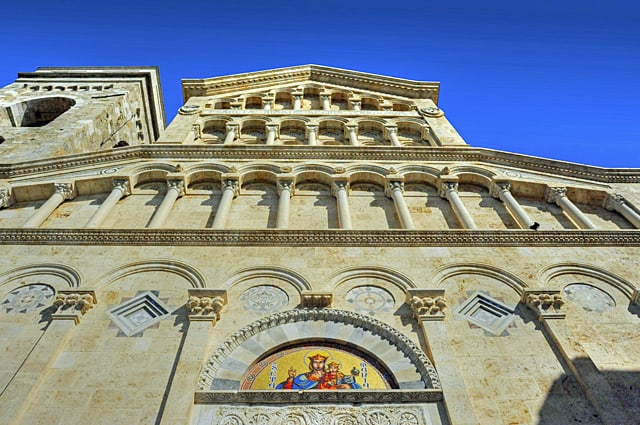 The cathedral, which dates back to the 13th century, has a lovely façade, despite having seen many facelifts over the years, the most recent being in the 1930’s in a Neo-Romanesque style, inspired by Pisa Cathedral. Inside you’ll find a mixture of Gothic and Baroque features. It’s not subtle but it is very impressive. 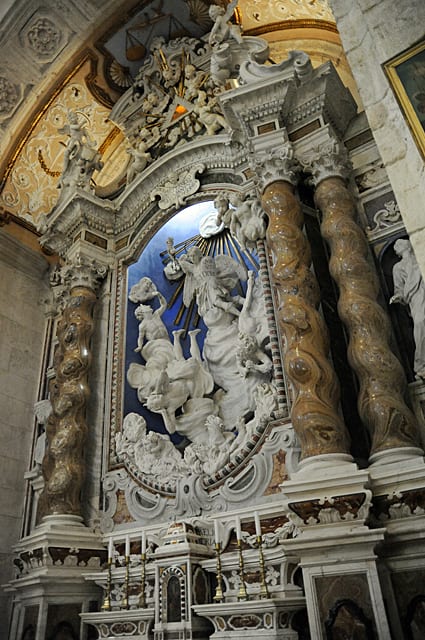 Sculpture of devils being cast into hell by San Michelle 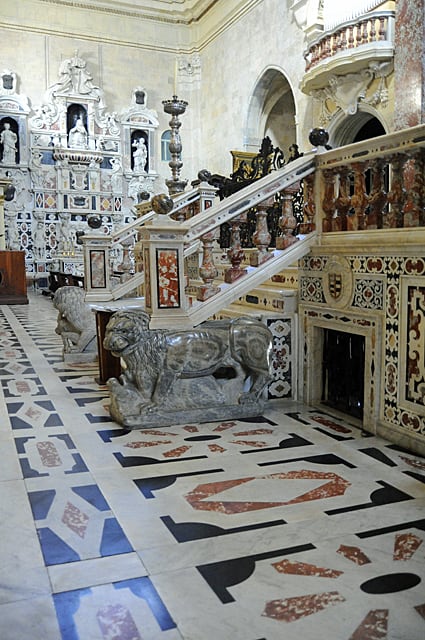 The steps leading up to the alter adorned by lions by the sculptor,
Guglielmo da Innsbruck. 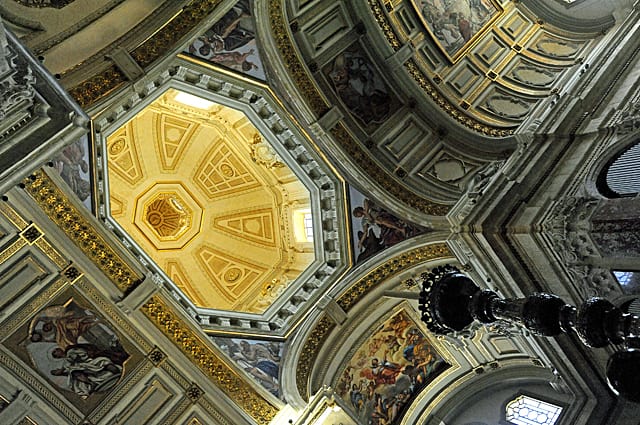 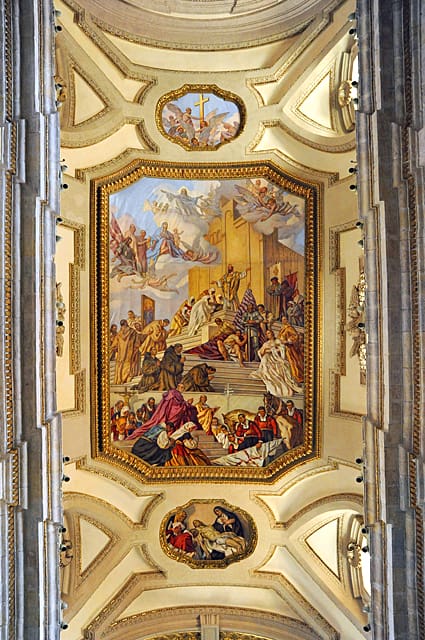 We stopped for a simple lunch at Caffè delle Arti with a cool beer and more stunning views, before heading south again and following the streets back down to the port. 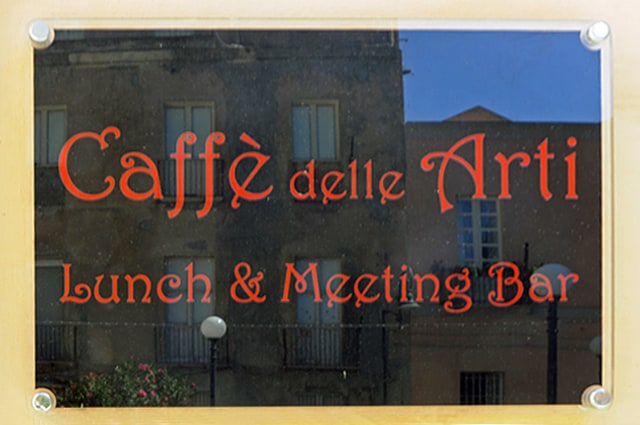 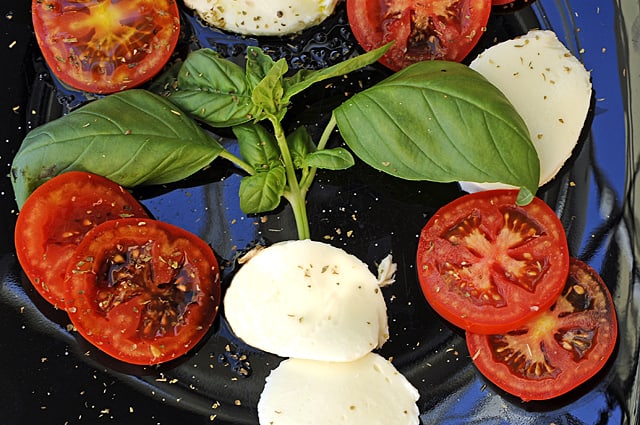 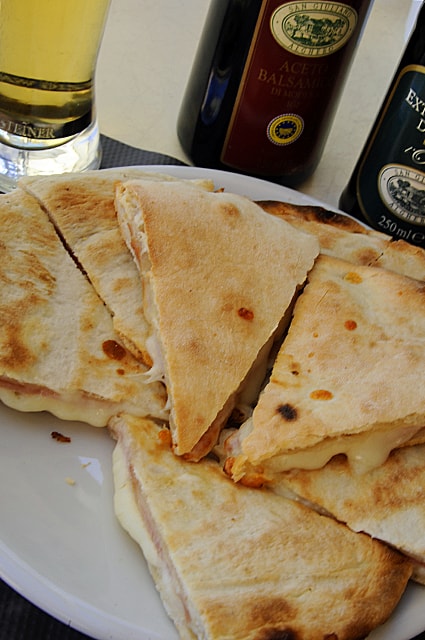 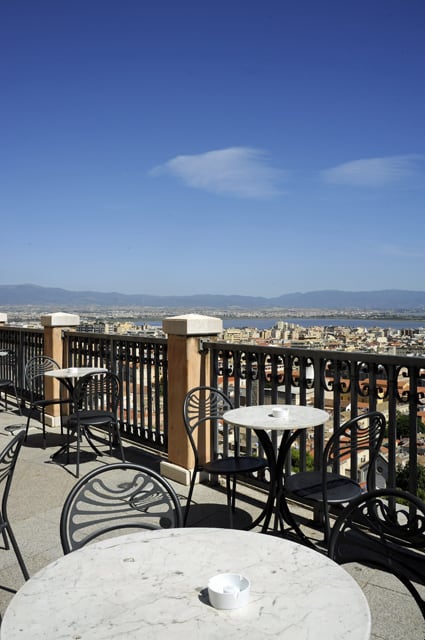 Walking back towards the port 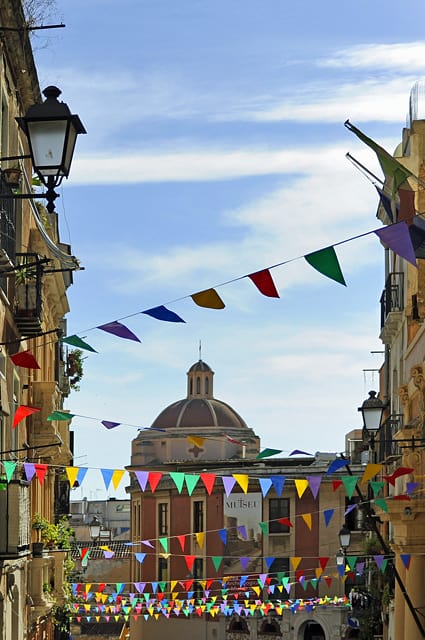 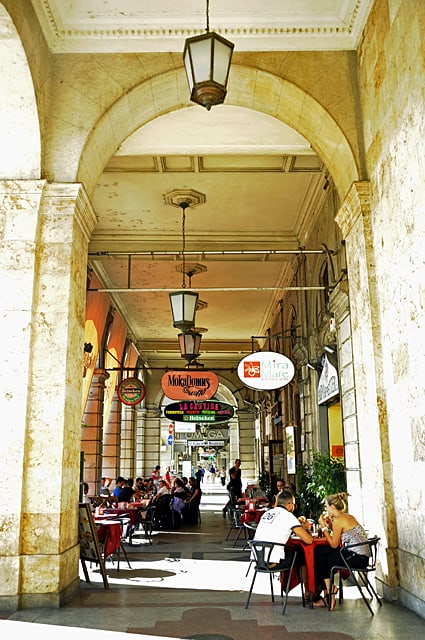 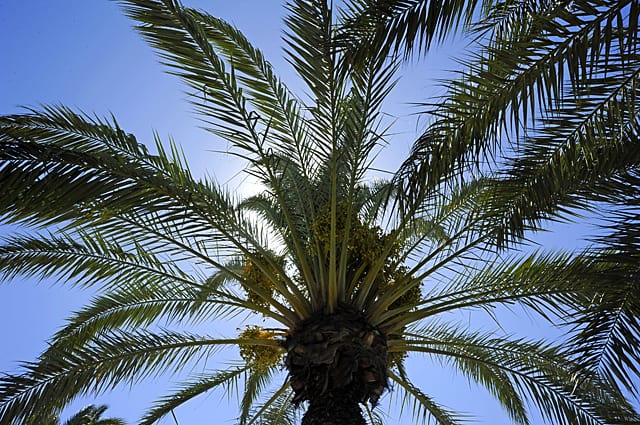 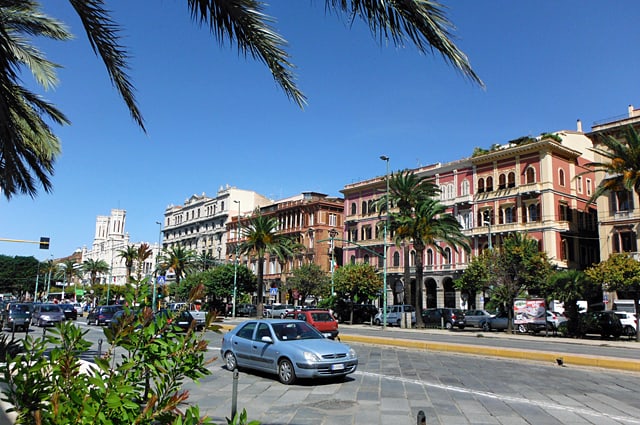 I would love to return one day to get to know the city better but, for now, those few hours were a wonderful introduction. I’m sure Cagliari would make a great base from which to explore the south of the island and I hear there are more fine churches to see, interesting museums and an 8km sandy beach to enjoy. It’s not glitzy or glamorous neither is it tacky or touristy. Despite the number of budget flights that land here, I’m pleased to say, mass tourism seems to have passed it by.

Disclosure: I was travelling in Sardinia while working for Sardinian Places. As always these are my own, honest opinions.