Celebrating International Day of the Girl in London 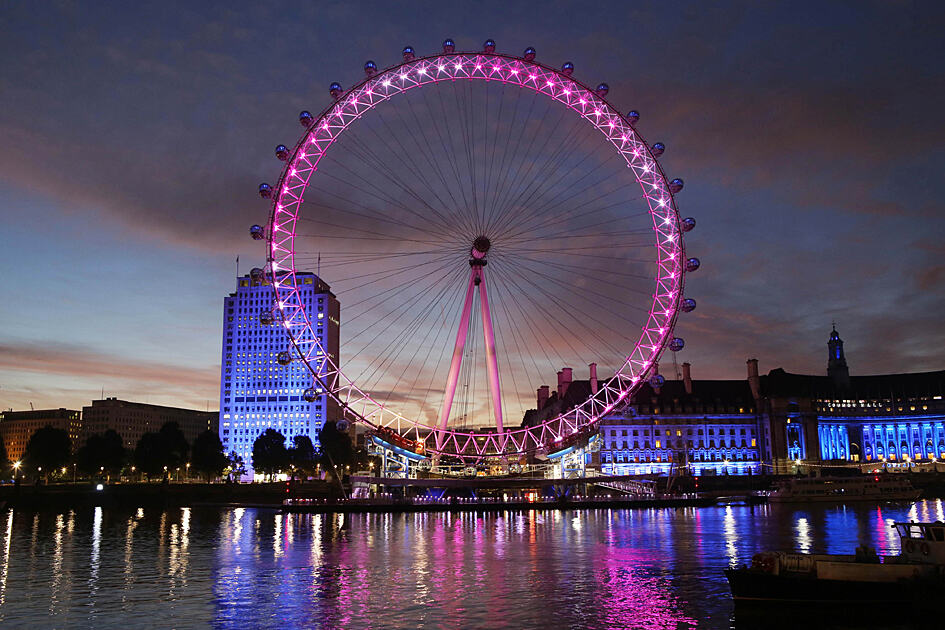 Last week Malala, a 14-year-old school girl in Pakistan, was shot in the head and neck by the Taliban while coming home from school because she had spoken out about the rights of girls to an education. It was a poignant reminder that the education, that so many of us take for granted, is not available to everyone.

By coincidence, this awful act of brutality occurred just a few days before the first-ever UN International Day of the Girl which is, among other things, a declaration of every girl’s right to an education.

In celebration of the day famous landmarks around the world,  including the London Eye, the pyramids in Cairo and the Niagara Falls, all turned pink! 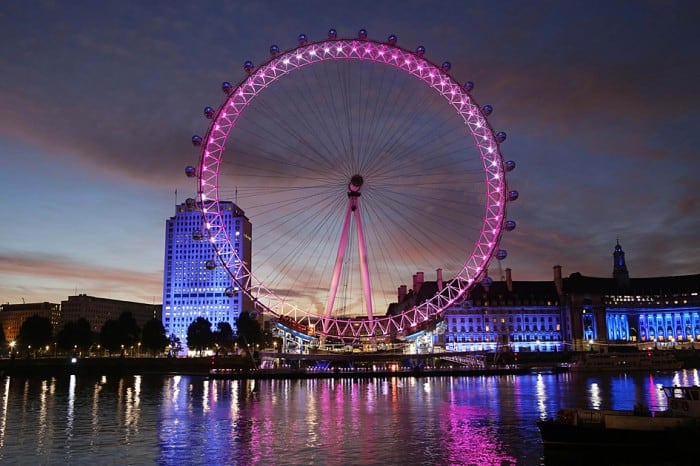 Speed Mentoring on the London Eye

When PlanUK, a superb charity fighting for such rights, invited me to their celebration of this special day in London I was both surprised, honoured and excited! I would be joining some 200 inspirational women that included Olympians, Paralympians, TV Presenters, journalists, fashion designers, actresses, artists and entrepreneurs taking part in a speed mentoring event on The London Eye with 200 school girls aged between 11 and 18.

We had to arrive very early in the morning to register but as I stepped out of the tube station and crossed the bridge towards the Southbank Centre I was rewarded with a glorious sunrise. 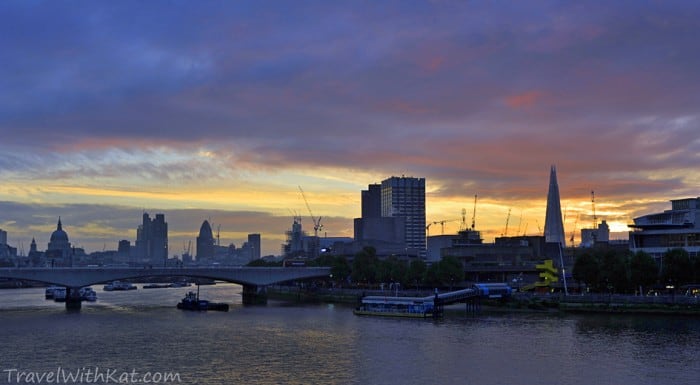 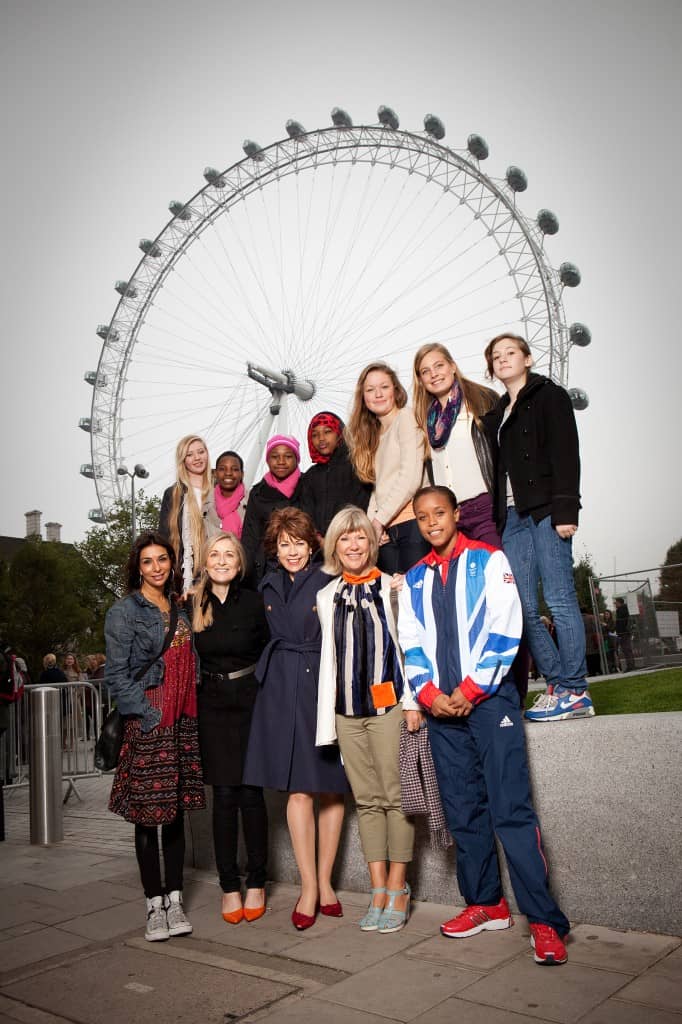 I had never done anything like this before, and was still in shock that I had been even asked, when I climbed on board the ever-moving pod where I spent the next hour talking to three of the girls with a bit of time left over to admire the views.

I also had a chance to chat with a couple of my fellow mentors including a disabled dancer called Welly, who has travelled the world as a freelance dancer and often performs with the Candoco Dance Company which is a mixture of disabled and non-disabled dancers. You may have seen performing at the Paralympics in London. 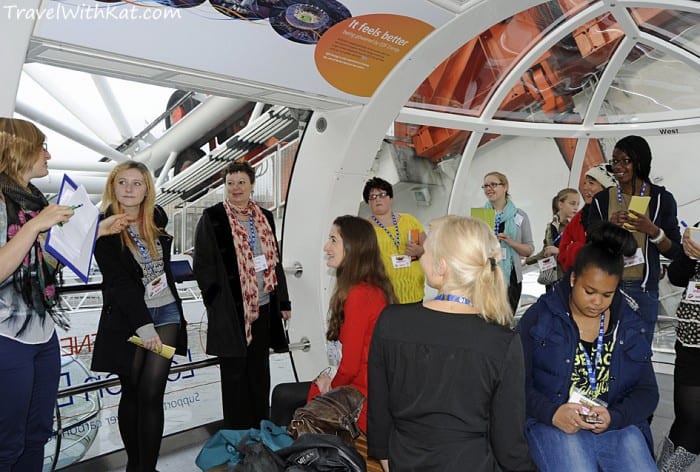 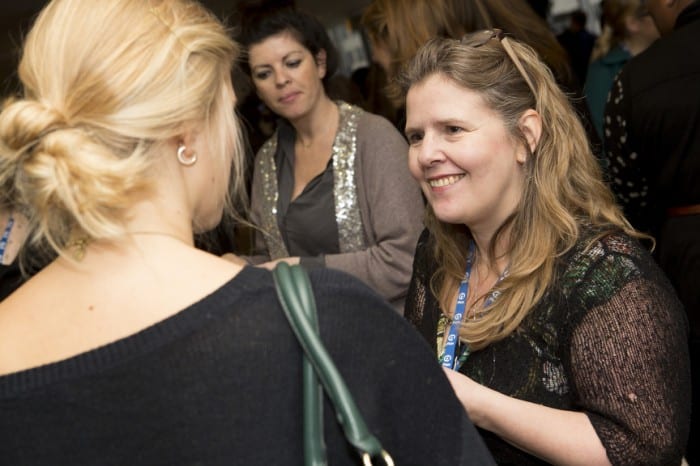 At the mentors brunch, courtesy of Tom Oldham

The most moving moment of the day

After the mentoring sessions, we made our way to the Southbank Centre for a networking brunch and some inspiring speeches. One of the most moving parts of the day was when Maness a young girl from Malawi spoke to us. She is part of Plan’s Global Speakers’ Network and dreams of becoming the Minister of Agriculture one day. I had to fight back the tears when she told us about a friend of hers who, at just 14 years old, was forced into marrying a 31-year-old man. He had AIDS and died a couple of years after the marriage. His family took all his land and belongings leaving Maness’ friend penniless. She too has since died of AIDS. What a waste of a young life. 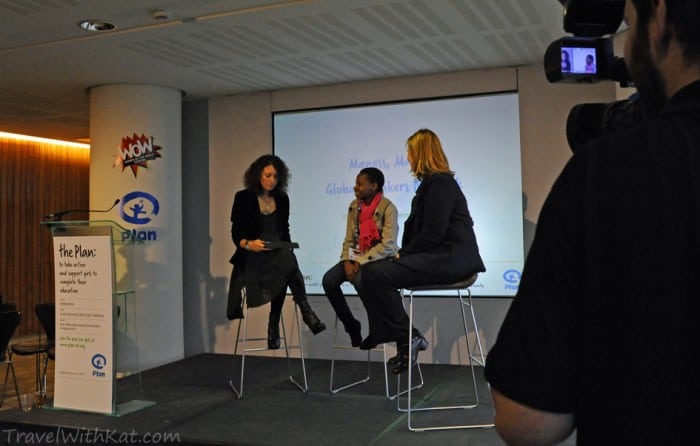 Some of my favourite quotes from the day

“Women are each other’s human Wander Bras – uplifting, supportive and making each other look bigger and better.” Plan UK’s Kathy Lette
“I came here as a mentor but I feel like I learnt a lot from the girls.” Georgie Okell, TV Presenter

One of my favourite moments of the day

I thoroughly enjoyed taking part in the mentoring session in the pods on the London Eye. When I was talking to a very bright girl about her ‘A’ level choices she seemed terrified she’d make the wrong decision. I explained that my working life had taken a few twists and turns and backwards-flips. I studied Zoology and Psychology for my degree, then worked as a pensions’ administrator. I went back to college as a mature student to study graphic design. I then worked as a designer in the travel industry. Next, I studied photography for three years in evening classes and worked as a travel photographer alongside the design. And now I’m doing something that I would NEVER have dreamed I’d be doing when I was her age. I’m a writer. Her face lit up and I visibly saw a weight lift off her shoulders when she realised that the choices she makes now do not mean that she has only one career path to follow for the rest of her life.

Why is International Day of the Girl so important?

You can read my earlier post Because I’m a Girl to hear why it is so important to me and please watch this video to see why it should be important to you.

It was wonderful to be part of this very special day but it doesn’t end here. Please do check out Plan International‘s website and see how you can get involved and make a difference.

Malala has been flown from Pakistan to the UK and is receiving the best possible treatment to help her along the long road to recovery. Her father who is a headmaster of a girls school in Pakistan and who had encouraged his daughter to stand up for girls rights and to aim to become a politician one day, is now also receiving death threats. My thoughts and prayers are with them.