As I make my way through the dimly lit caves, I wonder how many years ago the strange, surreal structures that surrounded me were formed. We pass rocks which appear to flow like a waterfall and in one spot I feel I can almost make out an angst-filled face screaming in the dark. My imagination is, as ever, working overtime, but it isn’t the caves themselves that I am here to see. They are a means to an end. The cave’s constant temperature and high humidity make it the ideal place to mature clothbound cheese. And there they are tucked in a corner, rows of cave matured cheddar cheeses, each one covered in a colourful patchwork of moulds which in turn cover the rind forming beneath – the finest of handmade cheddar cheeses, using unpasteurised milk from grass-fed cows  and the only cheddar made in Cheddar.

Husband and wife team John and Katherine Spencer met while working in the cheese industry. When they saw a cheese company for sale in Cheddar Gorge, the idea to buy it and leave behind the corporate food industry was too tempting to resist. Their goal was to produce the finest of handmade authentic cheddar cheeses. 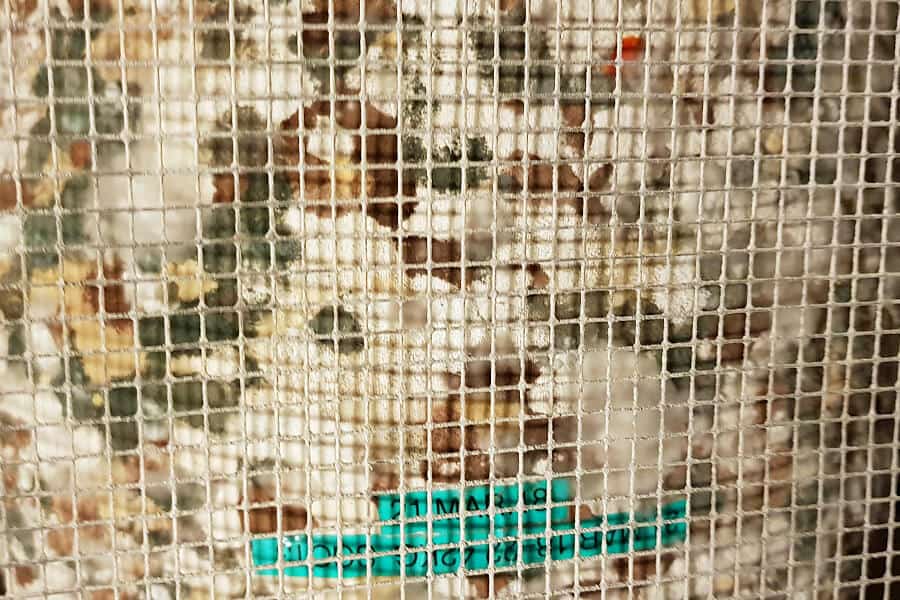 The early years proved challenging, as they worked on producing a cheddar cheese that lived up to the quality they aspired to. It was a slow process, changing each aspect of production one step at a time and waiting a year to see how the cheese matured. Year after year they were not satisfied with the result and nearly gave up. I’m so pleased they persevered! The result is outstanding, and the Cheddar Gorge Cheese Company now produces a fine range of award-winning cheeses made by hand from unpasteurised milk from a single, local farm.

How to make traditional cheddar cheese

Unpasteurised milk is poured into a large vat where it is gently warmed, before a starter culture of friendly bacteria is added. Using unpasteurised milk preserves the naturally occurring probiotic bacteria, nutrients, vitamins and enzymes, all ensuring a more complex flavour.

A rennet is then added to coagulate the milk, changing it from liquid to a soft blancmange-like solid. The traditional rennet used is from a calf’s stomach and this is one instance where the Cheddar Gorge Cheese Company deviates from tradition, by using a rennet from mushrooms, resulting in a vegetarian cheese.

This is then cut into small pieces allowing the liquid whey to separate from the curd. The curds and whey are then scalded and stirred. This is where a cheesemaker’s skill really comes into play, deciding the exact moment that the curds are the right consistency for the whey to be drained off.

The curd is quickly transferred to a cooling table where it is cheddared. Yes, cheddar is a verb! The curd is cut into blocks which are stacked and turned repeatedly, an essential process determining the final taste and texture of the cheese. When the curd reaches the right acidity and texture it is milled into chips and salted. The curd chips are then transferred into moulds and pressed.

The cheese is then wrapped in cheesecloth and allowed to mature. Unlike factory-produced cheese that is matured in plastic, the cloth allows the cheese to breathe, enabling bacteria to naturally grow. And what a difference to the taste it makes!

How long to mature the cheddar is a matter of personal preference. Younger cheeses have a mild, delicate flavour, but with age stronger flavours develop and the cheese hardens. 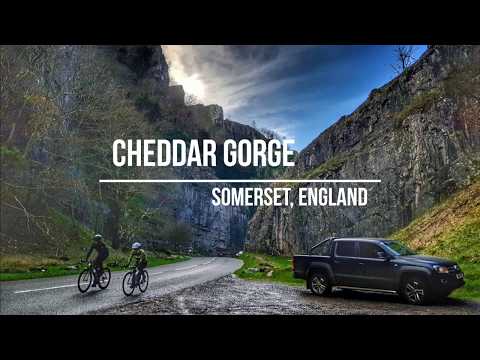 People have been making cheddar and storing it in caves for hundreds of years. The caves act as a refrigerator, temperature is constant, and the humidity is 100% – the perfect conditions for maturing cheddar. Having tasted cave matured cheddar and compared it to cheddar matured in a normal store house, I can vouch for the taste difference. In the caves, the cheeses retain more moisture and develop a more complex flavour, while the naturally occurring yeasts and moulds present within the cave system also play their part. But everyone’s tastes buds are different. While some may prefer a milder taste, I love the stronger, bolder flavours of a mature cheddar.

Visit Gough’s Cave in Cheddar Gorge and you can see the cheese maturing.

What’s the difference between smoked cheese and smoke-flavoured cheese?

While I was impressed with all their cheeses, my personal favourite from the range the Cheddar Gorge Cheese Company offers is the Oak Smoked Cheddar

Did you know some so-called smoked cheeses aren’t smoked at all but merely ‘flavoured’ with liquid smoke. Not so at the Cheddar Gorge Cheese Company.

People have been smoking food to preserve it since prehistoric times, but there’s a big difference between smoked cheese and smoke-flavoured cheese. Smoked cheese is produced by taking the mature cheese into a chamber full of cold smoke. Smoke-flavoured cheese uses liquid smoke, which can be added at any one of a number of stages in the cheese production, including the cheese being sprayed or soaked in liquid smoke at the end of production.

The Cheddar Gorge Cheese Company’s Oak Smoked Cheddar has been slowly smoked over smouldering oak chippings. It won Best Smoked Cheese in The Devon County Show in 2017 and was declared the overall champion product in the show. It’s fabulous on its own, paired with a smoky whiskey or melted over sourdough bread for a sublime cheese on toast.

How to store cheddar

The Cheddar Gorge Cheese Company vacuum packs their matured cheeses to stop them drying out. Once opened, they should be re-wrapped in a fresh piece of greaseproof paper, foil or quality film after each use and stored in the fridge in an airtight container or the salad drawer (where the temperature is stable). A cave, if you happen to have one, would also work well!

Recommended for you: The deliciously stinky cheeses of Rimini

This cheddar has been matured for 16 to 24 months in the onsite ageing rooms rather then the caves. The longer maturing time allows the taste of the cheese to develop more depth and an almost nutty flavour. This strong flavoured cheese pairs well with port or a robust red wine such as Malbec.

Cheddar matured in the Cheddar Gorge caves for 12 months has a more complex flavour still and pairs well with Vintage Apple Cider or Pinot Noir.

This is my personal favourite cheese and pairs well with a fruity wine such as Merlot or Shiraz. I’d also love to try it with a smoky whiskey.

While I was at the Cheddar Gorge Cheese Company we tried two rather unusual ciders, Pilton Fire and Pilton Ice. These are pyro-concentrated (heated?!) Somerset keeved ciders, naturally sweetened ciders made purely with cider apples — no sugar or water, just apples. Their flavours were more like sherry than cider to me, but they were actually nowhere near as alcoholic as they tasted and paired very well with the robust flavours of the cheese.

The next time you are in Somerset I’d recommend a visit to Cheddar Gorge and the Cheddar Gorge Cheese Company. In the meantime, if you want to try the only authentic cheddar there is, you can buy it online at CheddarOnLine.co.uk. You’ll also find them with a stall at Bath’s annual Christmas market. Any of their cheddars would make the perfect addition to your Christmas feast.

How to make the perfect cheese on toast

1. What bread to use? Medium sliced white bread

Brown bread contains ferulic acid which stops the browning reaction which produces the lovely flavour of toasted bread. So, while white bread isn’t as good for you, it does taste better toasted. Most of the flavour comes from the browning reaction. Using a medium slice means the bread flavour doesn’t overtake the browning flavour.

2. What cheese to use? Mild or medium cheddar cheese

Mature cheddar has such strong bonds linking the proteins within it making it harder to melt. Using a younger cheese works much better.

3. Butter or no butter? Butter!

The fat in butter releases the flavours of the browned bread. It’s important that you spread the butter right to the edges of the bread to bring this flavour out and help prevent the bread form burning.

Doubling the distance for the grill only reduces the heat by a third but it is more evenly spread out, evenly the cheese.

Sprinkle with a little sauce after grilling and you have the perfect cheese on toast!