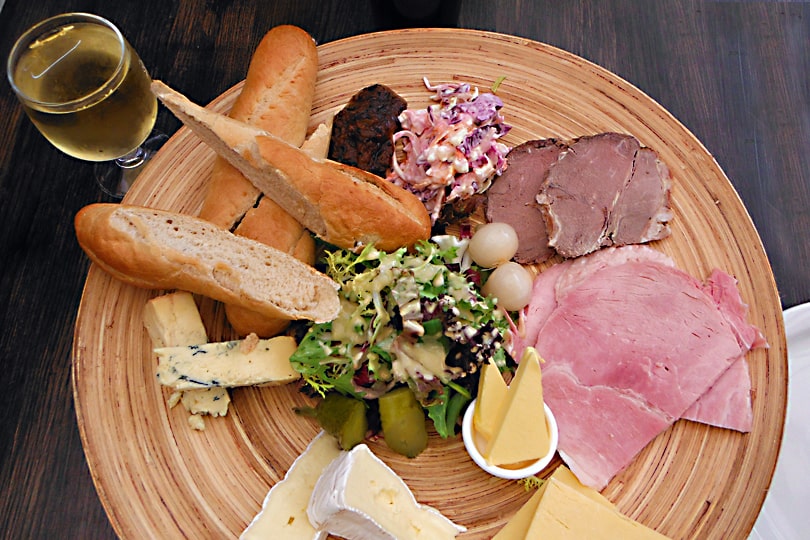 I grew up, and still live now, by the seaside in the South of England and I have many happy memories of summers spent with my sister at the beach; we virtually lived in the sea. Once a year my family would head west along the coast to Devon for a couple of weeks. Perched on a cliff-top overlooking Tor Bay, the old cottage we stayed in was sandwiched between two more thatched cottages, next to a picturesque little harbour, with a handful of fishing boats. From our cottage it was just a short walk to the beach – perfect! 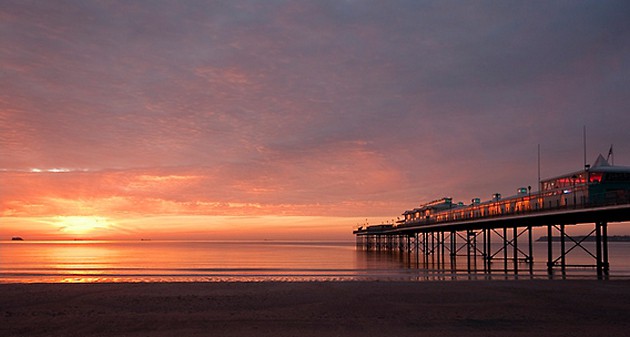 Chocolate box cottages by the sea

The thatched cottages of Britain really are extremely pretty and the one we stayed in was no exception, a quintessential ‘Chocolate box’ cottage – a phrase that came from the boxes of chocolates that were for sale in every tourist town with the prettiest of thatched houses pictured on the lids. I can remember sitting in the flower-filled front garden and tourists passing by would stop and take a photograph. Although it is now the middle cottage in a line of three, it once stood alone on the cliff-top as shown in the photograph below taken in 1900. I remember being told that it was the oldest building in Paignton. I don’t know if that is true but I like to think it is. 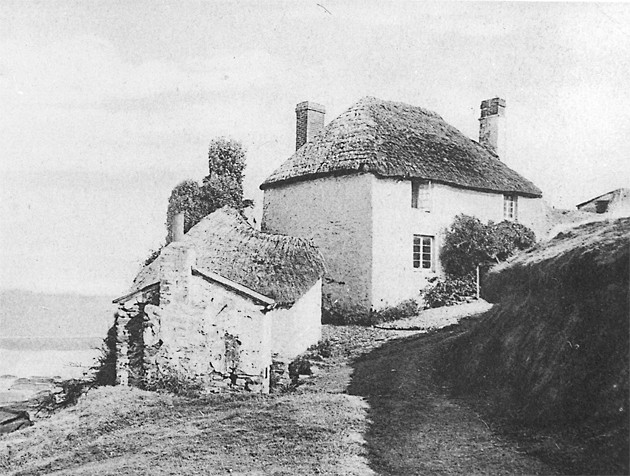 Our home-from-home had very low ceilings and exposed wooden beams that added to its character. The external walls were a couple of feet thick so that they kept the heat out in the summer and the warmth in during the winter. This thickness allowed window seats to be built in the walls which I thought were great fun. The living room would originally have been very dark but a large picture window had been added letting in the light. It opened onto a pretty little patio overlooking the bay, the perfect spot for breakfast, lunch or even dinner on a warm evening.

Whenever we stayed in the area there always seemed to be lots going on. I remember being woken up by the sound of fireworks one night and my sister and I could see the colourful reflections in the windows of the house opposite. Mum and Dad were watching them from the back of our cottage which had the view across the bay. It was so beautiful that they didn’t want us to miss it. They came into our room to wake us up, only to find us already up and out of bed looking through the window. The view was so much better in their room though. The sight of a thousand multi-coloured stars exploding over the sea is something I shall never forget.

On the days that we didn’t spend on the beach our father would drive us all out into the countryside through lush green rolling hills and charming narrow country lanes. Sometimes the trees that lined the side of these lanes had grown together to form a tunnel which would be particularly beautiful when the sun shone through the leafs. They were quite magical to a little girl with an active imagination. Sometimes when the trees cleared we’d find ourselves on the crest of a hill looking down on a pretty patchwork of irregularly shaped fields – a typical site of the English countryside. We’d visit picturesque villages, traditional market towns, golden sand beaches, historic castles and of course the wild Dartmoor National Park. I also remember, at a very young age, being thoroughly enchanted by Babbacombe model village, near Torquay, which has since developed to become a wonderful display of British life, culture and humour, all in miniature.

Another favourite memory is tucking into a Devon Cream Tea in one of the many quaint English tea rooms in the area – a scone with a dollop of clotted cream and a scoop of thick strawberry jam served with a pot of tea (or more often a glass of milk or fruit juice for me and my sister). There is nothing quite like them and I still love them today and luckily you can find them throughout Britain, although they always remind me of Devon.

A pint of cider and a ploughman’s

As an adult I’ve returned a number of times and made more wonderful memories although a new feature is Devonshire cider! I love it. England, like Northern France, has a strong tradition of cider making, dating back to before the time of the Norman Conquest in 1066. Over the centuries its popularity grew becoming the drink of the people. Every farm would have some cider apple trees, as well as cooking and dessert apples, and in the 18th century farm labourer’s wages were even paid, in part, in cider. 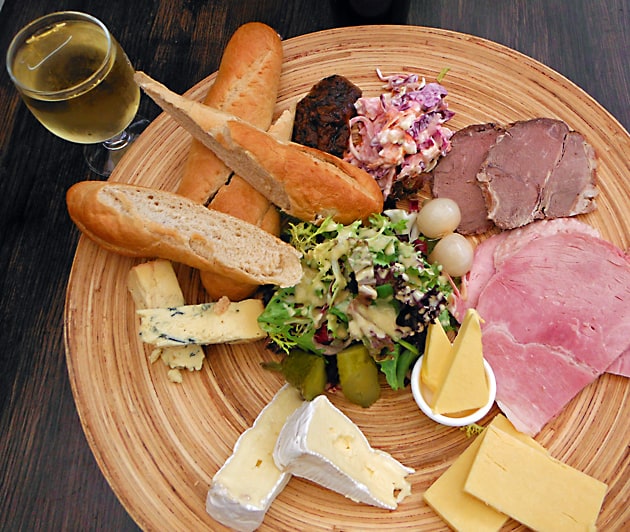 Around the same time as I was developing a taste for cider, I also acquired a fondness for visiting a country pub on a warm summer’s day and tucking into a ploughman’s lunch. Typically this would be a thick slice or two of rustic bread or a crusty roll with cheese, pickles and usually a bit of salad, maybe coleslaw or sliced apple – perfect with a cool glass of refreshing cider. This is said to date back to the 1800s when a ploughman would carry his lunch with him as he went to work in the fields – a hunk of bread, cheese and pickle, wrapped-up in a handkerchief, which he’d share with his horse.

Being by the sea, fish was always a popular choice too. I remember Paignton itself having some great fish restaurants, whether we were after the traditional English fish and chips or perhaps, the tasty South Devon crab. From inexpensive, home cooking served with a smile to fine dining by the harbour; it was all there on our doorstep. 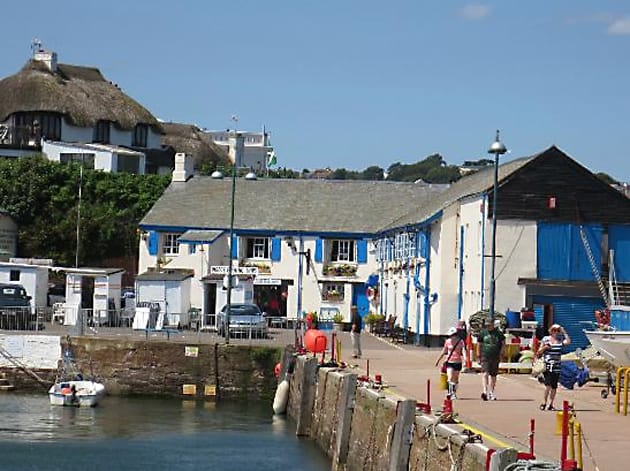 Above: Harbour Lights Restaurant, Paignton (with the three thatched cottages behind) courtesy of Trip Advisor

I’ll always have a soft spot for Devon. Not only do I have so many wonderful memories of holidays there, my family originally came from Devon too. We’ve traced our ancestors back to the village of Sandford in the 1400s and there are even Burringtons buried inside the church there. In nearby Crediton there is a stained-glass window featuring local family crests including the Burrington crest of three greyhounds.

The cottage we visited in Paignton belonged to a relative and it has long since been sold out of the family but I still love revisiting these memories from my childhood.