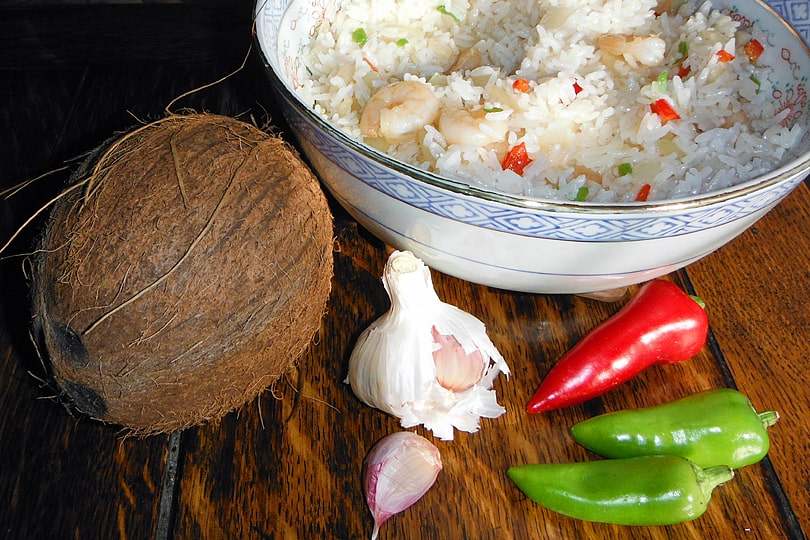 Be honest, how many cookbooks have you on your shelves that you have barely opened, let alone made more than one or two recipes from?

Having recently spent some time renovating my kitchen including putting up some new shelves to hold all my cookbooks – and there’s a lot of them – as well as a couple of folders of recipes I have collected over the years, I had a mini guilt attack about how little I use these books. One book in particular caught my eye that I used to regularly dip into for inspiration, particularly when it came to Chinese cooking. It’s a huge hard covered book with many chapters, each on a different Asian country’s cuisine. There’s a number of chapters that I have never tried a single recipe from so to start putting that right, last weekend I cooked a selection of dishes from Burma (or Myanmar as it is now known).

Burma’s cuisine is not nearly as well-known in the UK as that of many of its neighbours. You’ll find restaurants from China, Thailand and India in almost every town but hardly ever any from Burma. While I have read that their food is rather bland, I suspect the lack of Burmese restaurants here is more down to Burma being closed to the outside world for many years, rather than an indicator of the appeal of their gastronomy. And, being surrounded by countries producing such amazing cuisine, I find it hard to believe that Burmese food can be anything other than exciting. Having opened up to tourism just a few years ago, Burma is now on many a traveller’s wish list.

Saturday night’s Burmese meal was a great success but one dish, in particular, delighted our taste buds and it’s so simple and easy to prepare I felt duty-bound to share it with you. 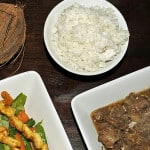 Prawn, chilly and coconut rice - The following weekend I cooked this again and stir-fried some chopped onion, prawns, garlic and chillies and mixed these all together once cooked. I used a tin of reduced fat coconut milk which gave a subtler flavour and was excellent cold as well as hot.

Have you been to Burma and what did you think of the food there? Have you ever tried cooking a traditional Burmese meal?

As the sun was sinking low in the sky and a golden light spread across the vines, Monica welcomed us...