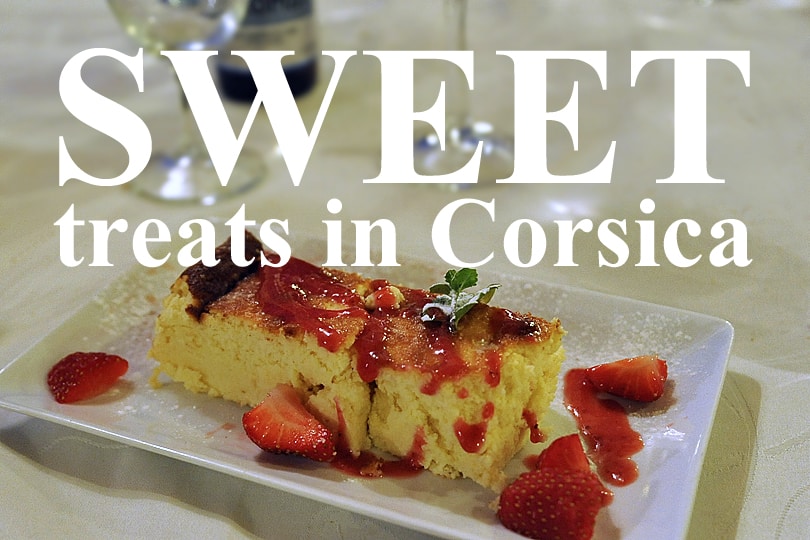 As my spoon broke through the soft sponge, I almost squealed with delight, as a cascade of melted chocolate escaped. It oozed around my plate and started to mingle with the vanilla gelato. I took a taste and, oh my, it was good. So very good that I spent most of the next 24 hours day-dreaming about it. This mai-cuit au chocolat was just one of a number of superb sweet treats that I first discovered on the island of Corsica.

Being French, but geographically much nearer to Italy, it is no surprise that both of these gastronomic giants have had a great influence on Corsican cuisine. If you look at a dessert menu or in the local boulangerie and patisserie you’ll see many familiar favourites such as tiramissu and mille-fueille pastries, to name but two, and of course French croissants are served at breakfast tables throughout the island and in the local tabac (bar come café), washed down with a cup of coffee or hot chocolate. 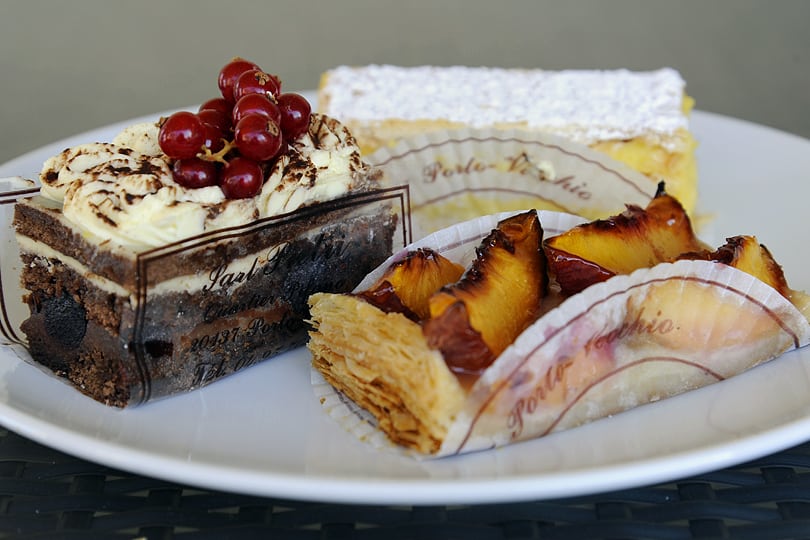 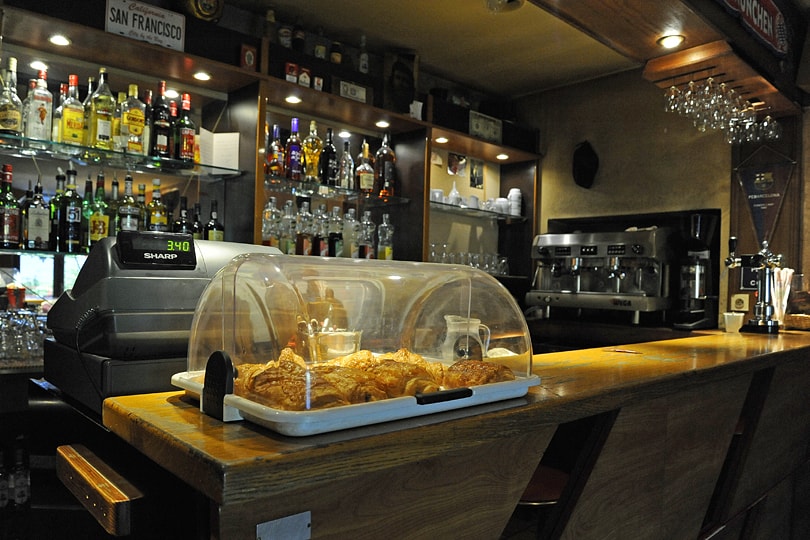 Croissants for sale in a village tabac

However, you’ll also find some unfamiliar, truly Corsican, sweet temptations whose uniqueness is born from one (or both) of two local ingredients, chestnut flour and brocciu cheese.

Looking for a hotel in Corsica?

Made from goats or ewe’s milk, this the most famous of Corsican cheeses. It is rather similar to the Italian cheese, Ricotta, although it is unusual in that it is made from a cheese by-product, the whey. Cheese is generally made from the solid curds that are separated from the liquid whey which is discarded. Corsican shepherds, however, not wanting to waste a drop of their precious milk, developed a recipe to make good use of the whey. This recipe has been handed down through the generations. As well as being eaten as is, its popular in recipes and in particular, Corsican desserts.

The most traditional Corsican dessert is a light cheesecake made with brocciu, eggs and sugar, flavoured with lemon or orange zest and either eau de vie, grappa or vanilla essence. 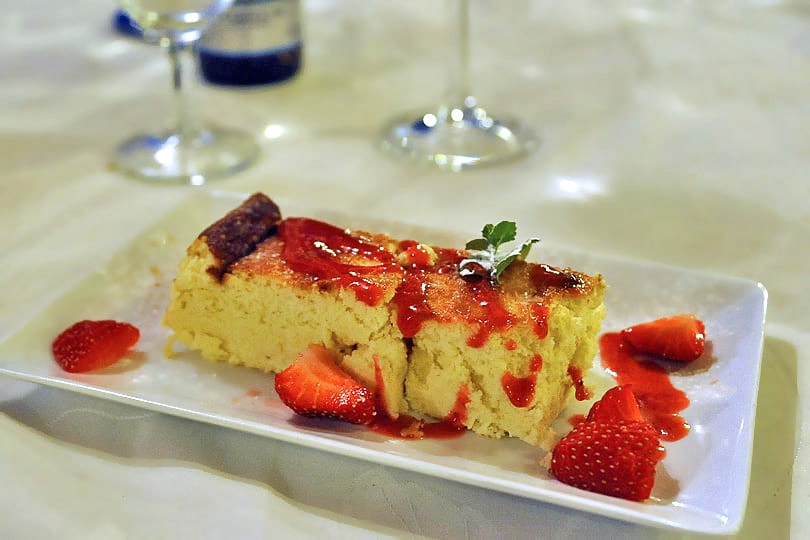 Way back in the 16th century it was ruled that every landowner plant four trees each year – one olive, one fig, one mulberry and one chestnut tree. The chestnut in particular became an important part of the economy and the cuisine. Not only do Corsican’s famous wild boar eat them producing exquisite sausages and patés, you’ll also find chestnut flour in breads, cakes, pastries, pastas, nougat, porridge and, even in Corsica’s most famous beer, Pietra.

Also look out for chestnut flour beignets, sinfully delicious, deep-fried doughnuts, sprinkled with sugar, sometimes stuffed with brocciu or flavoured with lemon, orange, aniseed or even eau de vie. You’ll find them being freshly fried in boiling fat at every Corsican celebration, from weddings to elections.

Fig jam, which comes plain or with a number of different additions including chestnuts, is very popular and is served with pâté and bread. I’ve also discovered, having brought a jar back home, that it goes very well with smoked cheese and a smoky whisky!

Layers of crisp, flaky pastry, that tend to explode as you cut into them, with scrumptious fillings in between, in this case flavoured with clementines. 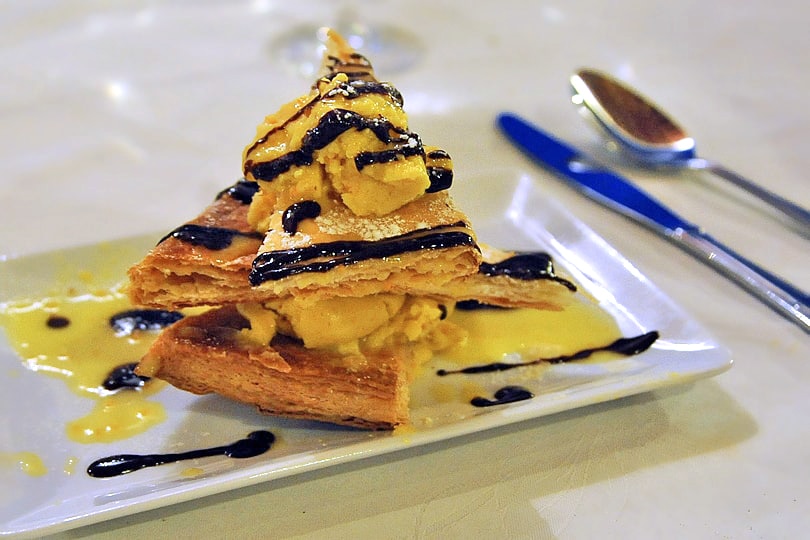 A sublime combination I’d not come across before – lemon, strawberries and basil – a match made in heaven (at Le Goéland in Porto Vecchio). 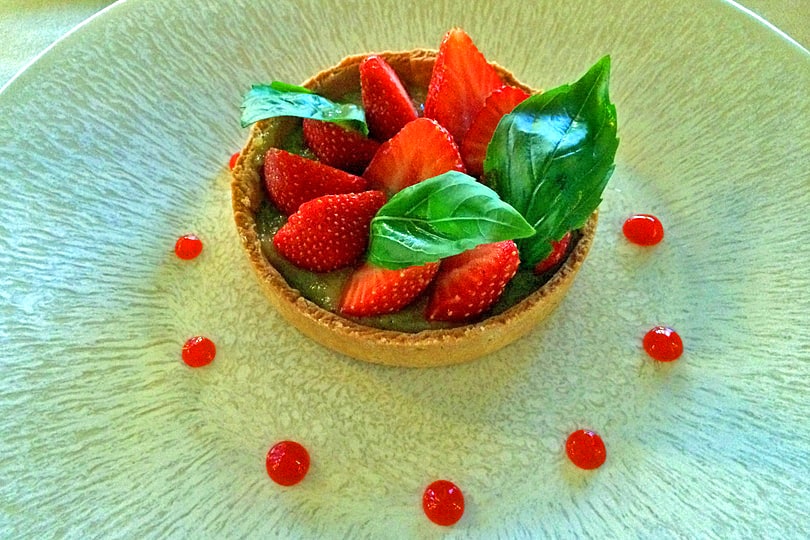 Mi-cuit au chocolat, which can be found in many French restaurants and not just in Corsica, however, is my all-time favourite dessert. Also known as moelleux au chocolat or in England, molten lava cake, this rich dessert made with the darkest chocolate, is guaranteed to melt any heart, as it releases a gush of liquid chocolate heaven onto your plate. 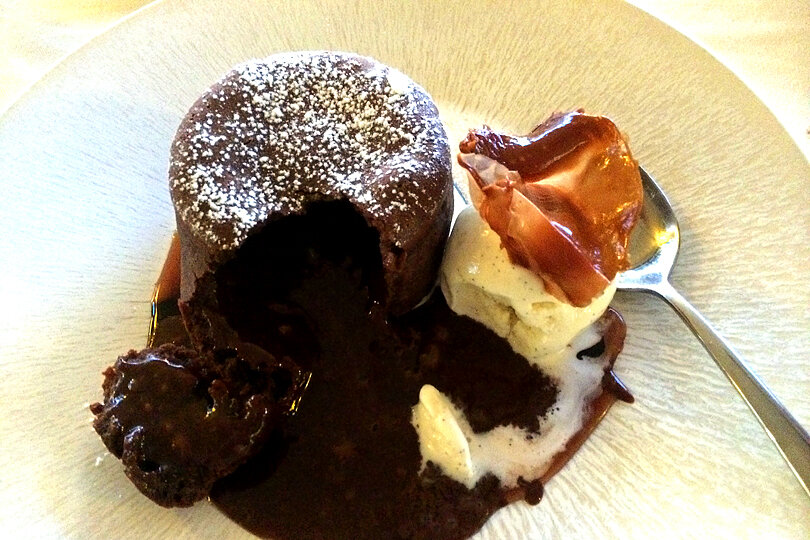 Disclosure: I was visiting Corsica on behalf of Corsican Places and you’ll find more of my stories and photographs from the island on The Corsica Blog.

Exploring the beaches of the Golfe de Valinco

I love the sea and grew up spending the school summer holidays on the beach with my sister. I'd regularly...