On the trail of the mythical Kumpo of Kanuma 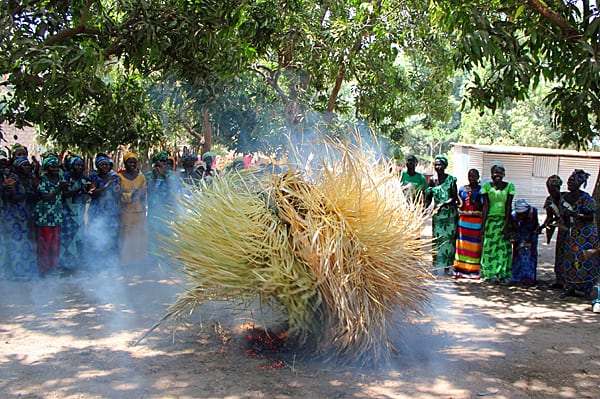 When I heard (on Twitter) that a kumpo, a mystical character of the West African Jola tribe, had been spotted near the village of Kanuma, just a few hours drive from where we were staying in The Gambia, there was only one thing for it; I was determined to arrange an expedition for the #BlogGambia crew to track down this illusive creature.

I set off early in the morning (well not that early actually) with Monica, The Travel Hack, riding shotgun and headed off to Makasutu Forest to meet up with the rest of the team. Before long we were riding out past Brikama on dusty tracks to the village of Kanuma. To save any confusion this is not the better known Kanuma on the north bank but the smaller Kanuma off South Bank Road. It is so small that it isn’t even on the map. Luckily our guide, Ram, knew exactly where it was. 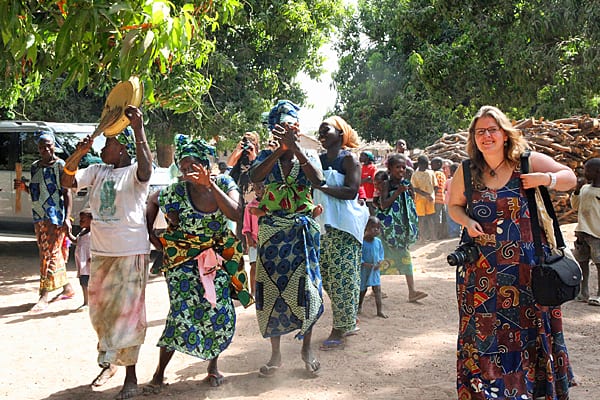 When we arrived at the village we were greeted with songs and drumming as the villagers surrounded our vehicle. What a fabulous welcome.

Gathering under giant mango trees, the villagers sang and danced for us. It was wonderful to see how much the other bloggers were enjoying it and we were all eager to make the most of a fantastic photographic opportunity. 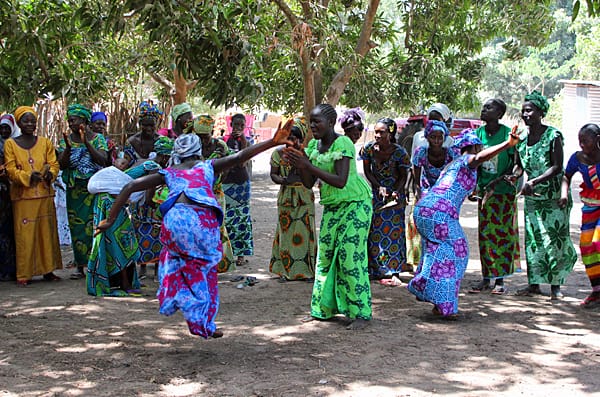 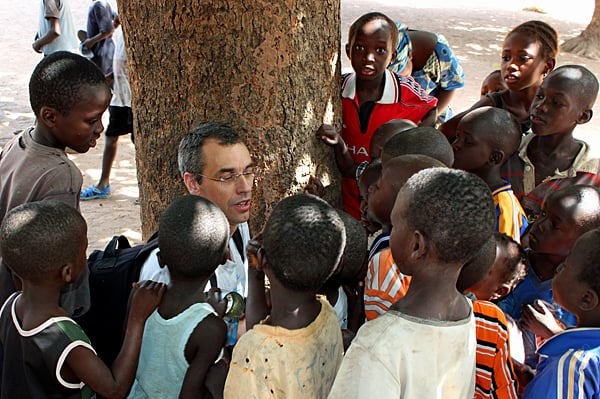 Tom was a big hit with the children, discussing the merits of various football teams.

Now I am the kind of person who finds it impossible to keep still to the rhythm of a drum so it was inevitable that at some point I would join the dance. Well it would have been rude not to. 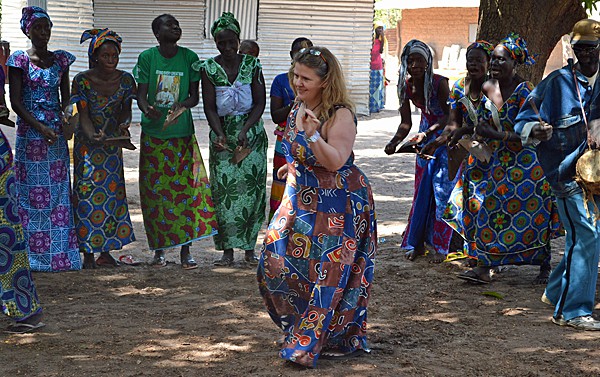 I was worried that with all this noise the Kumpo, if indeed it even existed, would be far too shy to show its face. As the music grew louder and the dancing more frantic I spotted what can only be described as a giant haystack with a large spike sticking out of its head, slowly make its way towards us through the village. I needn’t have worried, the Kumpo was anything but shy. 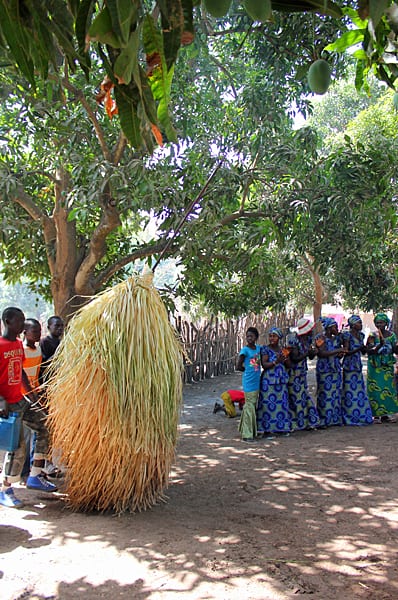 The Kumpo came nearer and nearer and the music grew even louder and before I knew it there it was right in front of me gently swaying. Then in a flash of the eye it lent forward and was spinning on its spike. 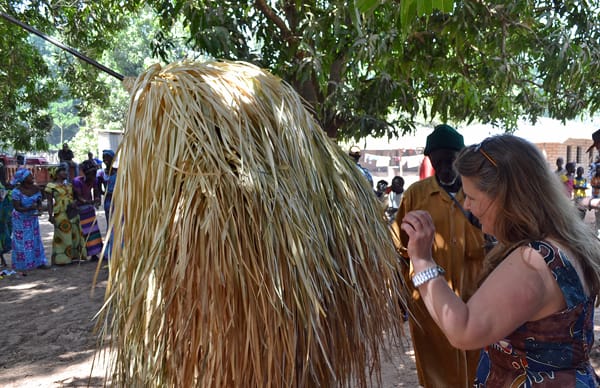 Yep, that’s me, dancing with the Kumpo 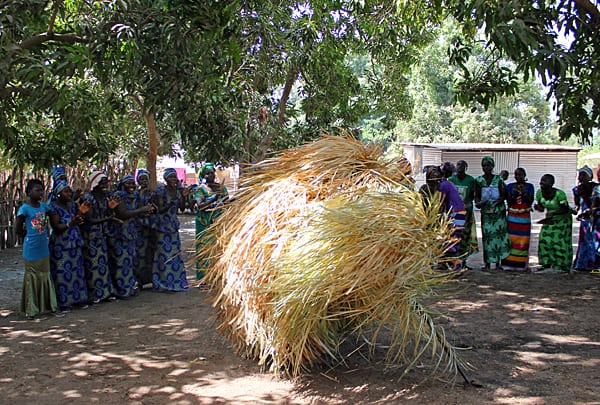 More dancing, singing, clapping and drumming followed and when a fire was lit in the middle of the clearing I was worried the Kumpo would go up in flames but no; it deftly put the fire out with another spin and a twist.

We had the most amazing time, thanks to Ram from ComAfrique InteliZone Initiative. More on this and more photographs from Kanuma coming soon.

Thanks to Ram and Monica, The Travel Hack, for the photographs of me making a spectacle of myself.

Disclosure: Although I have worked for The Gambia Experience, the sponsors of this trip, since 2005, I will always give you a completely honest opinion throughout my #BlogGambia posts, just as I would any other sponsored trip or review. My only bias, which I hope you will forgive me for, stems from my having fallen in love with The Gambia many years ago.

Always a warm welcome in The Gambia

In the very early hours last Friday morning my alarm went off. Finally the day had arrived and it was...