Easy octopus salad recipe from the island of Rodrigues 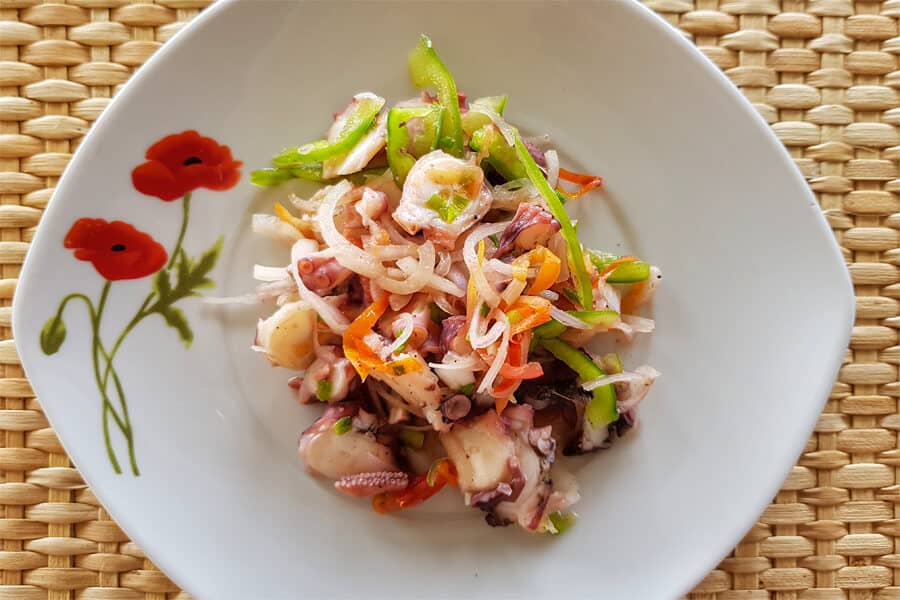 In a remote corner of the Indian Ocean, the little island of Rodrigues lies in a shallow lagoon created by the coral reef that completely surrounds it. Seafood is plentiful, including Octopus cyanea, which hides in the nooks of the reef and rocks in the turquoise coastal waters. Also known as the big blue octopus, it is found throughout much of the Indian and Pacific Oceans. There are a number of octopus dishes commonly found on menus across the island, but my favourite is this simple octopus salad recipe.

Octopus has been traditionally hunted on Rodrigues for generations by wading out into the lagoon and using metal sticks to search the hiding places where the octopus shelter. Sometimes, boats are used to search the deeper parts of the lagoon, with long spears used to catch the octopus. In order to keep this fishing sustainable and to allow juveniles to grow to an optimal size, the island has in recent years introduced a fishing season for the octopus. When I visited the island this February, the season was drawing to a close and I was just in time to see the last of the octopus drying in the sunshine by the coast. 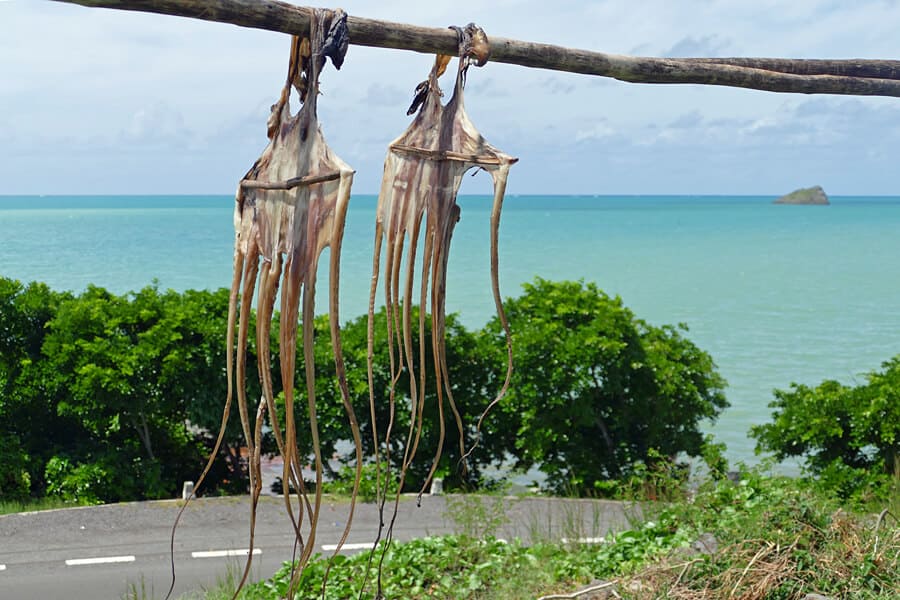 Octopus salad is a popular dish found on many menus across the island. Dried octopus is sometimes used but in this recipe, from Rene and Stenny, the team behind the great food at Le Pandanus, it’s made with fresh or frozen octopus. 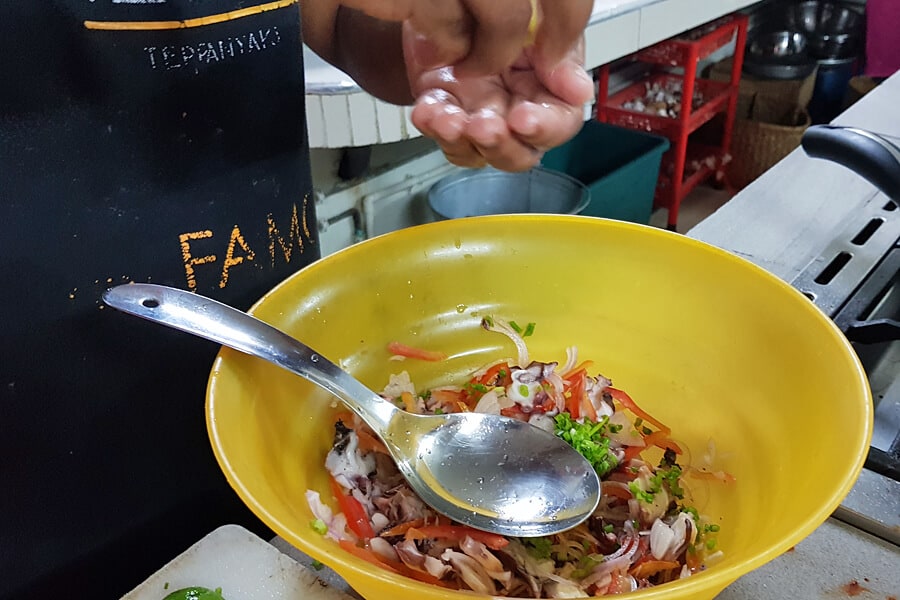 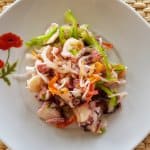 Octopus salad from the island of Rodrigues

Alternatively, if you'd like to use dried octopus, first grill it on a charcoal fire for 5 to 10 minutes, depending on the size. Lightly beat it with a wooden stick to remove any ash. Then slice the octopus with a very sharp knife before adding it to the salad mix. 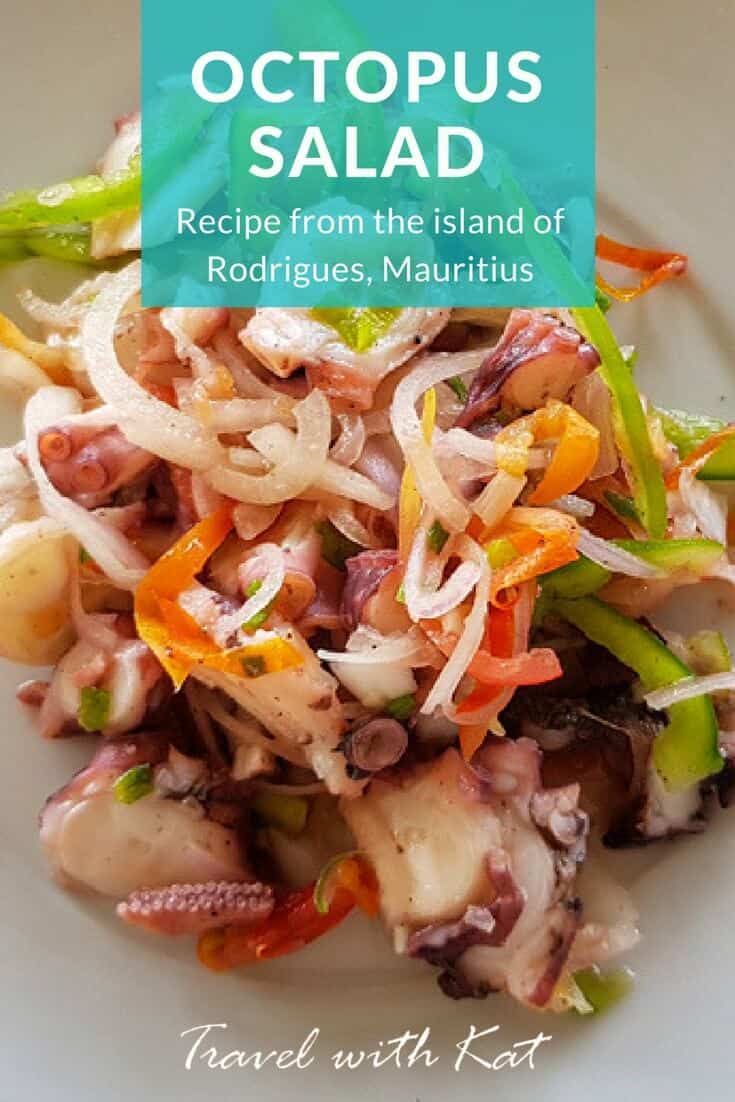 Rodrigues Island: Getting off the beaten track in Mauritius

As we come in to land I can see white horses crashing against the coral reef encompassing a small cluster...