El Médano, a laid-back town and a kite-surfer’s paradise 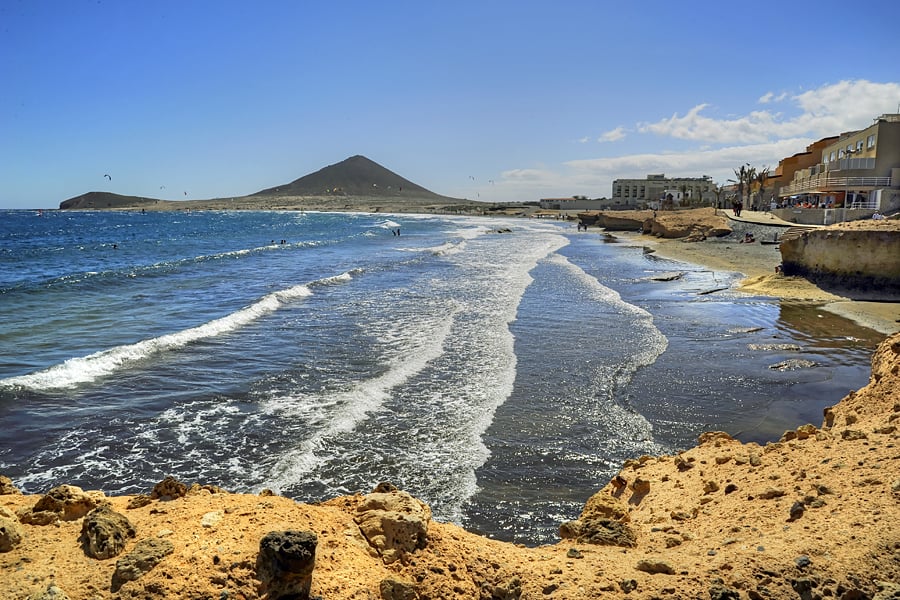 When I was first asked to visit the Canary Islands of Spain, I have to admit that my heart didn’t leap with joy. Restaurants offering full English breakfasts and fish and chips, over crowded beaches with tourists determined to turn a shade of lobster and soul-less, high-rise hotels sprang to mind. Not that I don’t love a full English breakfast, and for that matter fish and chips, but it isn’t what I want to eat while I’m travelling. I’m sure like me when you are visiting another country, you want to discover the traditional cuisine and get to know the local people and culture. That simply didn’t fit my image of the Canary Islands, however, as soon as I started researching the different islands I quickly realised I had it all wrong! While the picture I had then in my mind is possibly fair for some parts of the islands it would be VERY unfair to assume that this applies to the whole of the archipelago. Far from it, as I discovered for myself earlier this year. 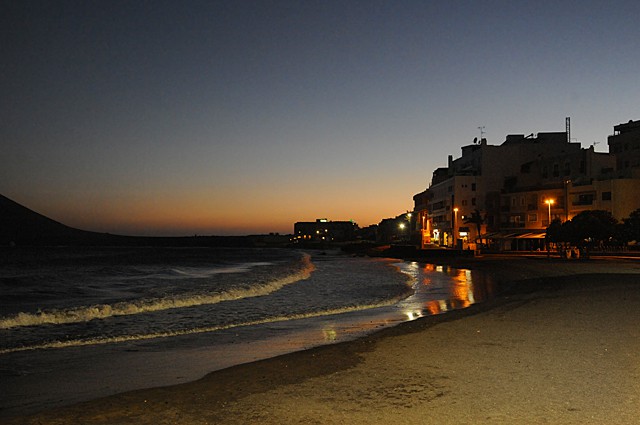 The sleepy town of El Médano

I was given a budget by the Canary Island Tourist Board and left to make my own arrangements as to where and when I went. I started hunting around on the internet for a nice hotel, somewhere not too touristy but I soon found I was just going round in circles. What I needed was to find a small tour operator who specialised in the Canaries and ask their advice. I only had a small budget to stretch between the two of us (this time Neill was coming with me) and the first company I rang were not much help at all. Then I tried Corona Holidays, who couldn’t have been more helpful. They suggested a couple of places, one of which I really liked the sound of – a hotel by a black sand beach in Tenerife. Part of the hotel is actually built on stilts out over the sea. It’s in  El Médano, a former fishing village, that their website described as a laid back town where you wouldn’t see a single restaurant offering 24 hour breakfasts! This sounded like just the place I was looking for.

Just 15 minutes or so from Tenerife’s southern airport, El Médano is a lovely, sleepy little town that is at it busiest at the weekend when locals come here to enjoy the beach and a number of excellent restaurants. Being so close to the airport I wasn’t surprised to find that the planes occasionally pass overhead but this was never a nuisance. The town square was a fun place to people watch with buskers and street entertainers much of the time and there are regular events held here such as the carnival. 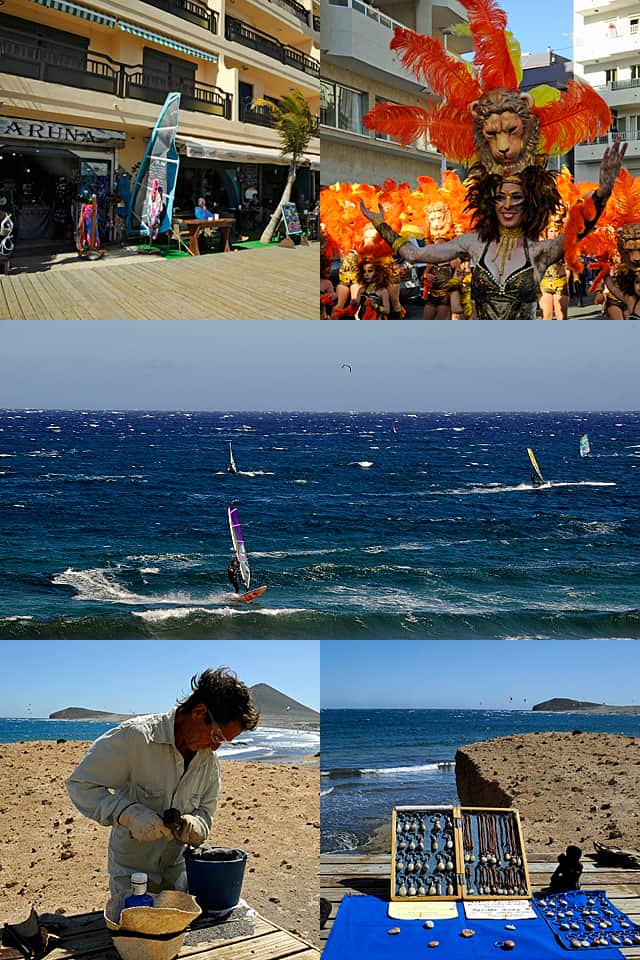 Although the town had little charm in the character of the buildings, there was a really appealing laid back atmosphere and our hotel was in a great location by the main beach and the square, the starting point of a lovely stroll along the promenade, passing some little boutique’s, cafes and a handmade jewellery seller, to a beach popular with kite and wind-surfers with a backdrop of Montaña Roja, the Red Mountain. 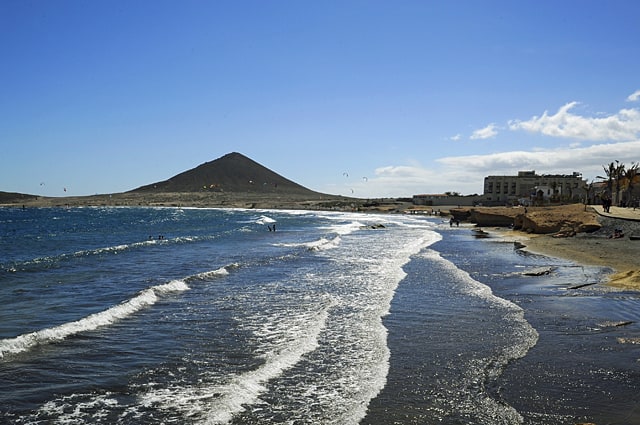 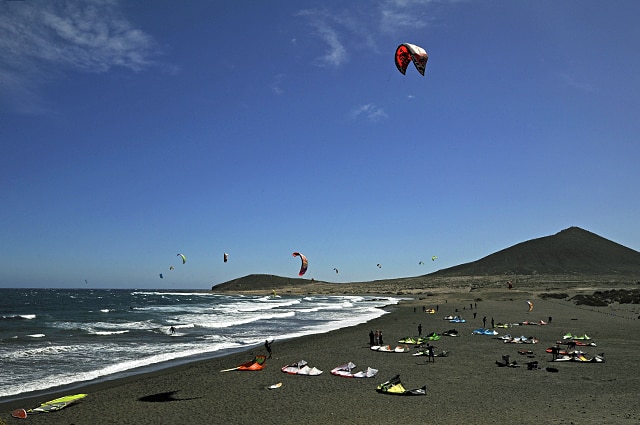 You’ll not find any night clubs or bars that open until the early hours here but you will find the perfect place to relax in the sun by the sea and if you are into wind-powered watersports you’ll be in heaven – there’s plenty of wind here! In fact, there is little else to do but we loved the atmosphere and we found it a great base from which to explore more of the island and boy, is it worth exploring!

Following a recommendation from our hotel, we discovered a particularly great restaurant, Astillero Avencio, just a stone’s throw from where we were staying. From the outside, it looks nothing special but step inside and you’ll receive a warm welcome into this atmospheric, traditional restaurant with a view out to sea that is hard to beat. Service was great, as was the food. We ate here on our first night and having tried a couple of other places that really weren’t as good, we returned to Astillero Avencio almost evening for the rest of our stay. Every time as we were leaving I was presented with a rose and on our last night we were also given a glass of the local hierbes, a delicious liqueur I had first run across in Mallorca. 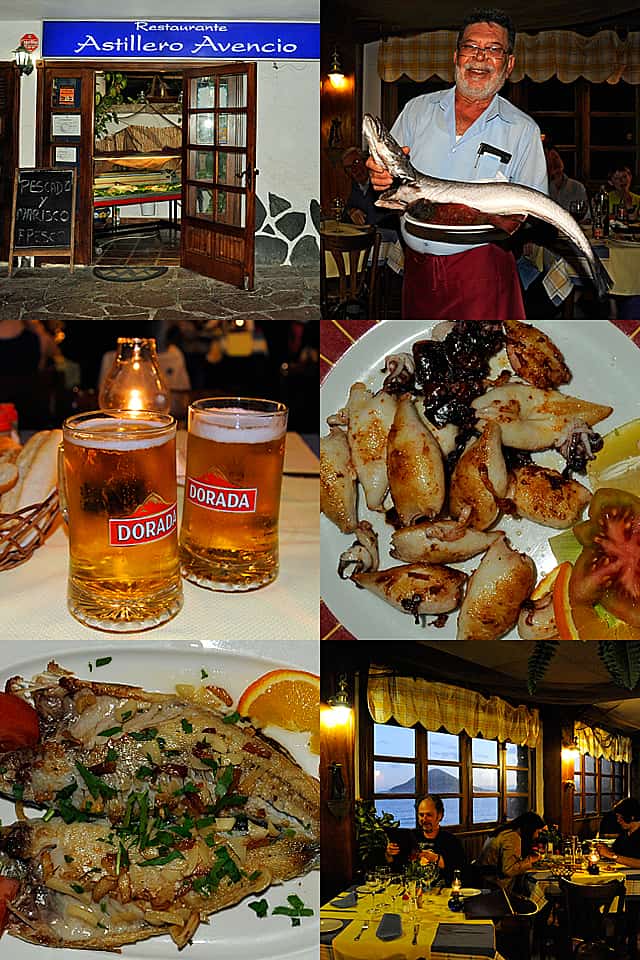 We also enjoyed lunch at the Agua Cafe on the promenade facing the sea. 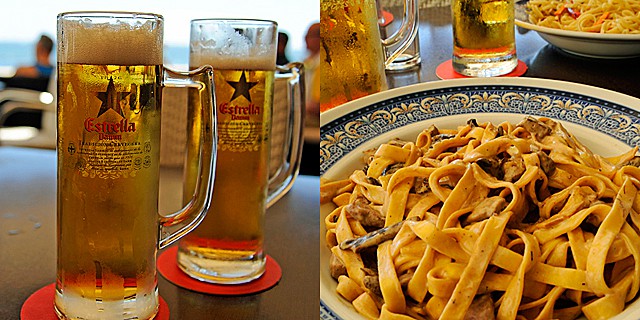 I was rather surprised to find out that Hotel Médano, where we were staying, was originally a tomato packaging plant and that the tomatoes ended up in London’s Covent Garden via the docks at Canary Wharf (so named as this was where produce from the Canary Islands was unloaded). 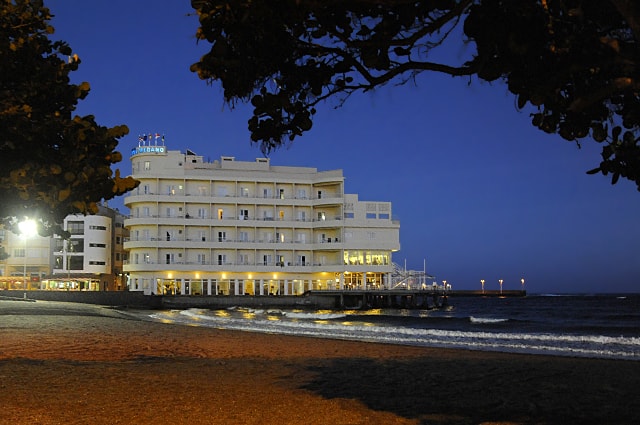 At that time the only tourism on Tenerife was in the north of the island, however, Don Francisco Garcia Feo, who owned the tomato plant, saw great potential for the south of the island and transformed his plant into a successful hotel. It soon also became known as the place for staff to receive the best on-the-job training – if you were trained here, you were among the most highly sought after hotel workers. Feo’s predictions were right and the south is now even more popular as a tourist destination than the north of Tenerife. 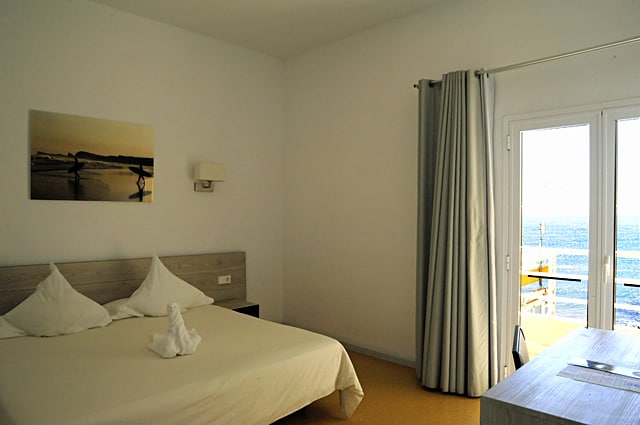 The Hotel Médano today stands proud on the corner of the main square overlooking the main beach of El Médano. Our room was bright, spacious and comfortable with a small balcony overlooking the sea. The staff were lovely and extremely helpful. The only thing that let the hotel down a little was the breakfast, but that aside, it was an extremely good 3 star hotel.We had a superb week on Tenerife and you can read about the wonderful day we had exploring the neighbouring island of La Gomera. We also discovered that Tenerife, like La Gomera, has some really stunning scenery and the original capital, La Laguna, a UNESCO World Heritage Site, had more than it’s fair share of character and charm. More on this coming soon! 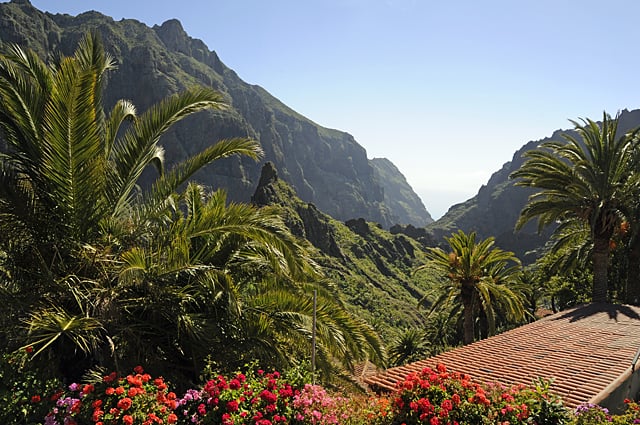 Disclaimer: I was invited to visit the Canary Islands by the local tourist board, however, this was not a formal press trip and I was entirely free to do, and indeed write, whatever I wish. As always I will give you my honest opinion throughout this series of articles. Corona Holidays, El Médano Hotel or Resaurante Astillero Avencio did not in any way sponsor any part of this trip.

La Gomera, the ancient forests on the island in the clouds

Over 12 million years ago a series of oceanic rifts allowed molten rock to vent onto the floor of the...