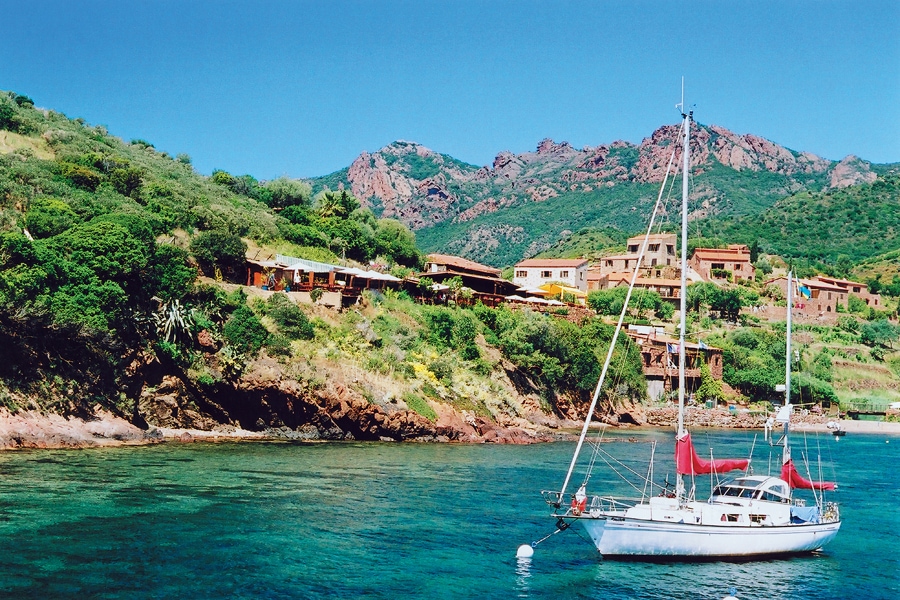 Red cliffs tower above us, plunging steeply down into the bluest of seas. Surely, the best way to experience the Scandola Nature Reserve is from the water. The views of the coastline are dramatic, and a boat is the most practical way to visit the lovely hamlet of Girolata, tucked between the cliffs on the edge of the reserve. No roads lead to Girolata. 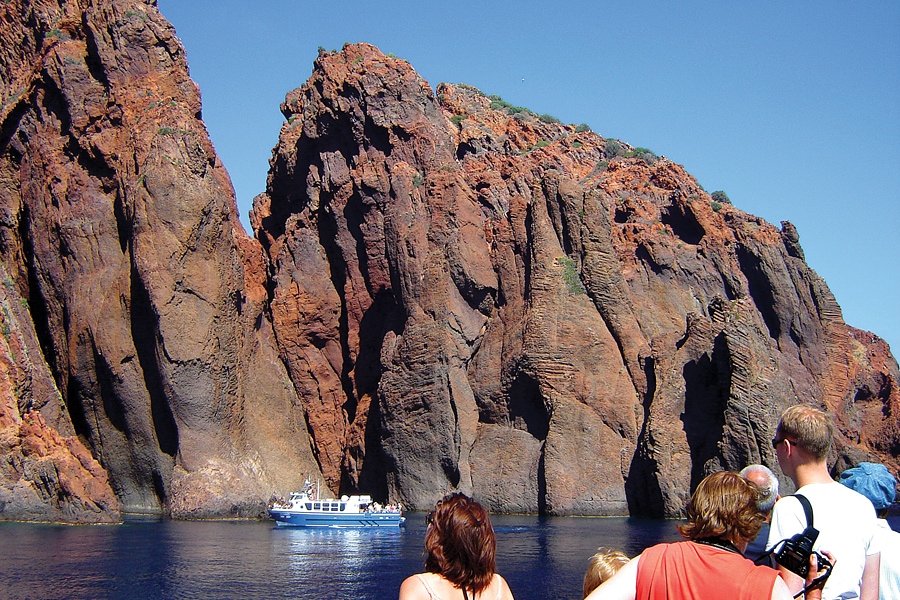 The Scandola Nature Reserve, a UNESCO World Heritage Site, is volcanic in origin. Nine hundred hectares of land and 1,000 hectares of sea were designated as a reserve in 1975 due to its vast biodiversity. It is home to numerous species of rare birds such as ospreys, peregrine falcons, crested cormorants, ash puffins and golden eagles, some 450 species of algae and nearly 200 species of fish, including many rare species. The magnificent cliffs and rock formations look especially glorious in the early evening as the sun sinks low in the sky bathing the reserve in a golden light. 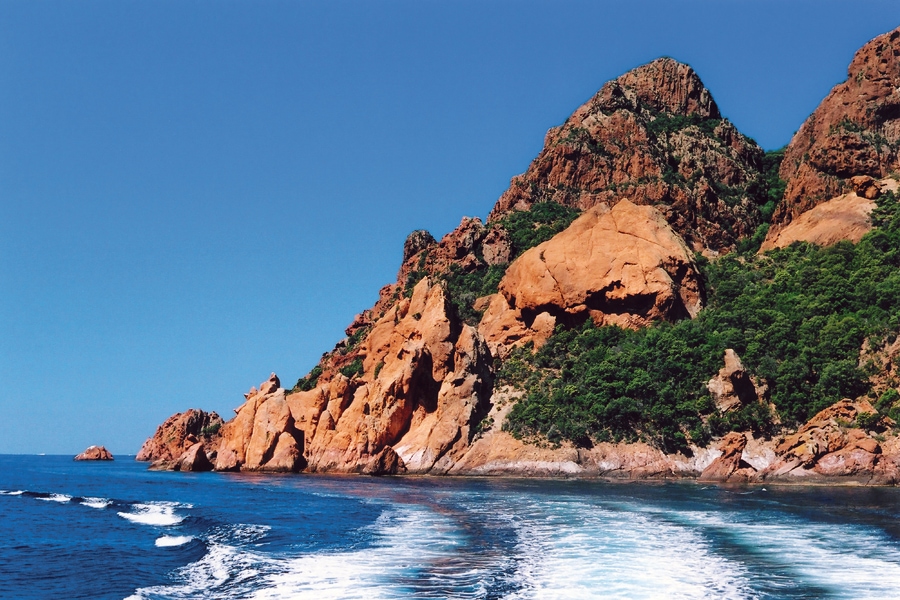 The lungs of the Mediterranean

The flowering marine plants known as Posidonias oceanica or Neptune Grass can also be found here thanks to the purity of the water. This seagrass is endemic to the Mediterranean forming fast underwater meadows that are crucial to the fragile eco-system. As well as providing a home to a wide variety of animal species that breed, feed and shelter amongst the ribbon-like leaves, the seagrass protects the seabed and shores from erosion.

Nick-named the lungs of the Mediterranean, crucially Posidonias oceanica is one of the most important sources of oxygen, while the vast amounts of carbon dioxide it absorbs helps to alleviate the effects of climate change. Despite being listed on the IUCN Red List of Threatened Species and protected by international legislation, worryingly it is on the decline due to pollution, as well as damage caused by coastal development, fishing and ships churning up the seabed when they moor their anchors. 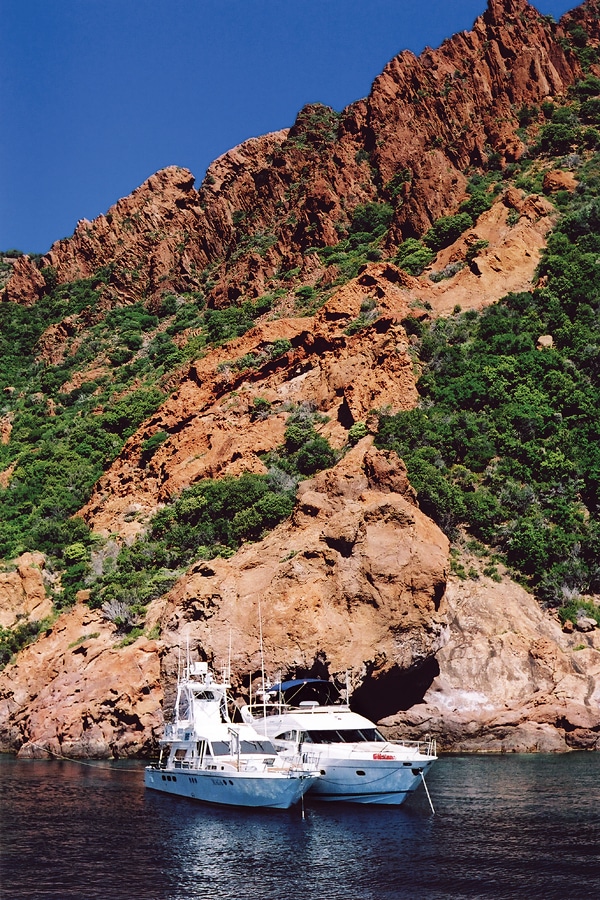 The seagrass meadows are a type of ‘coastal blue carbon ecosystem’, you can find out more about what is being down to protect these crucial environments in our fight against climate change here, International Partnership for Blue Carbon. 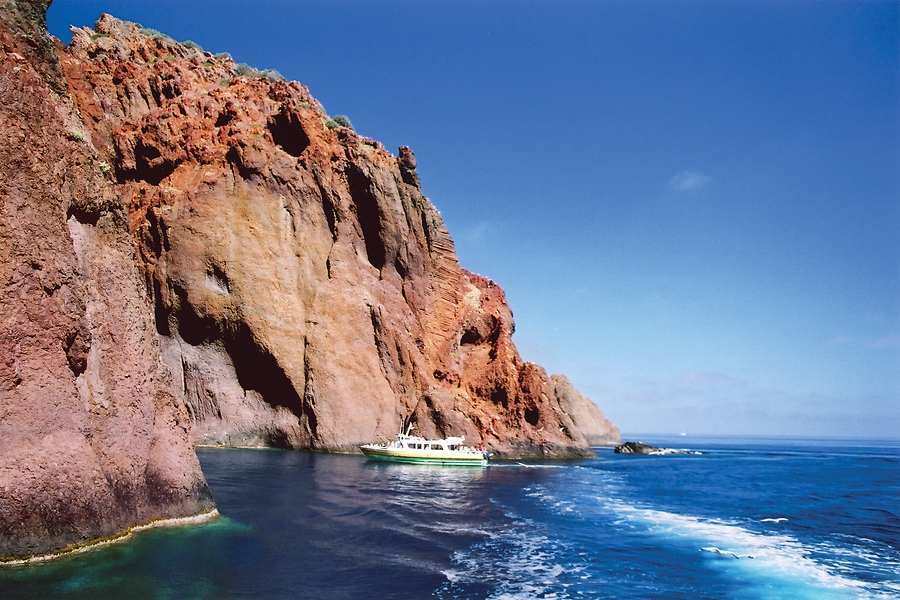 The dramatic red granite cliffs dwarf the tourist boats that visit every day throughout summer, and I can’t help but wonder what impact these boats have on the environment.

The lovely hamlet of Girolata clings to the hillside in the far south of the Scandola Nature Reserve. A Genoese watchtower looks eastwards across the bay, the hamlet and a small pebble beach and westwards out to sea. With no roads leading to Girolata, the easiest way to get there is by boat. Alternatively, it is possible to park on the roadside high above the village and making your way down the fragrant marquis covered hillside on foot, a 90-minute walk along a narrow mule track. If you choose the latter option though you’ll miss the dramatic views of the Scandola Nature Reserve. 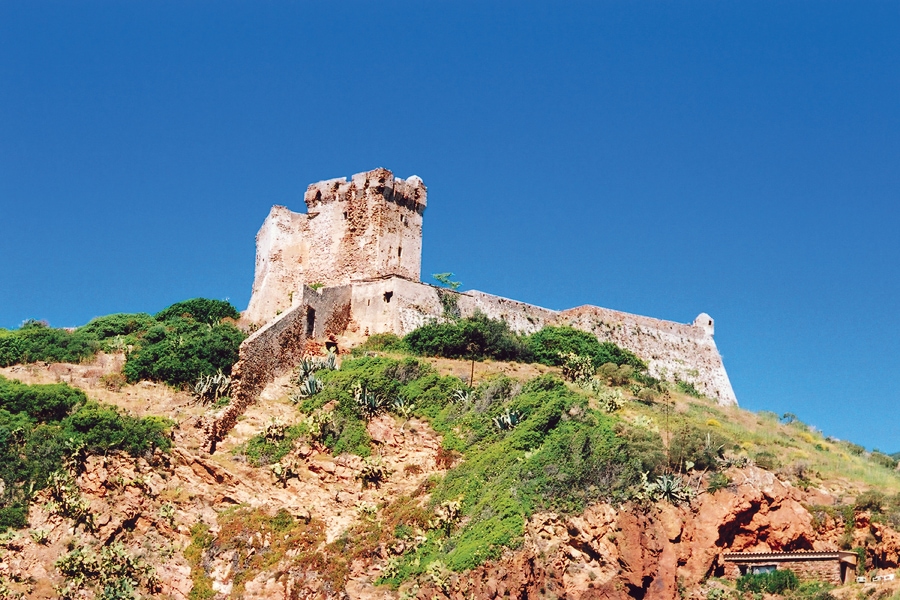 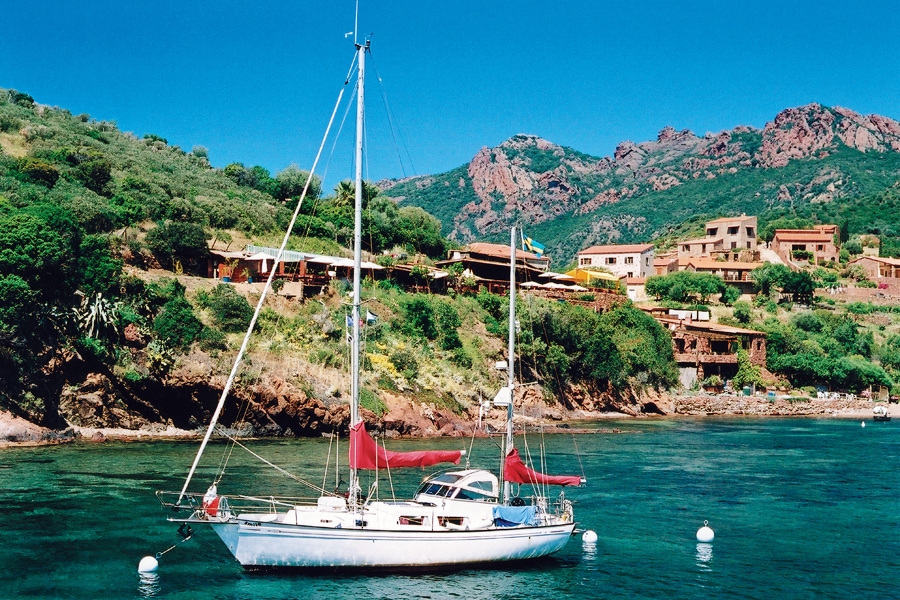 Day trips from Calvi, as well as Galeria and Porto, are popular and these also give you a fantastic view of the red cliffs. From June to September, day-trippers descend en masse, for a couple of hours every day around lunchtime. Once they have departed Girolata returns to being a sleepy little village, barely touched by time. But, if the tourists stopped visiting, how long would Girolata survive?

As well as getting there by boat, it is also possible to walk to the hamlet through the marquis covered hillsides. The closest road, accessible via a mule track, is a 90-minute walk away. 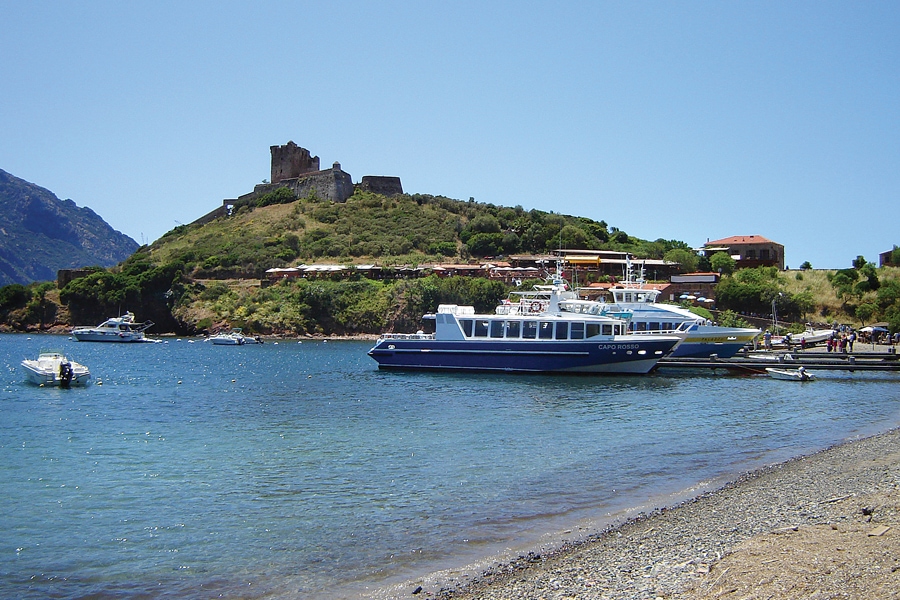 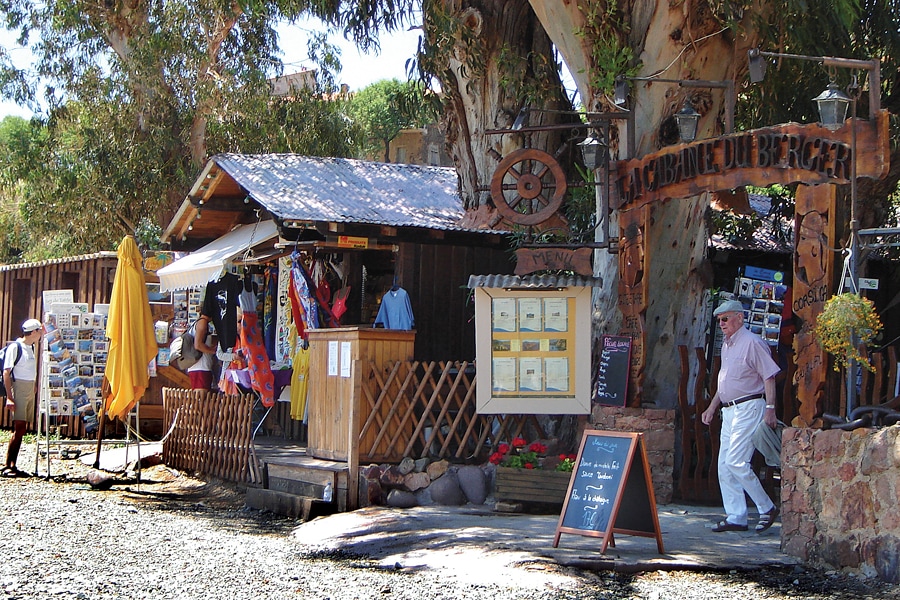 At one point there was talk of building a cliff railway, some luxury holiday homes and even an underground car park but these plans were overturned in order to preserve the natural beauty of the area. However, would a railway be a more environmentally friendly answer to the tourist versus the environment debate? Train travel is undoubtedly less polluting than ferries or cars, but what damage would building a railway cause? 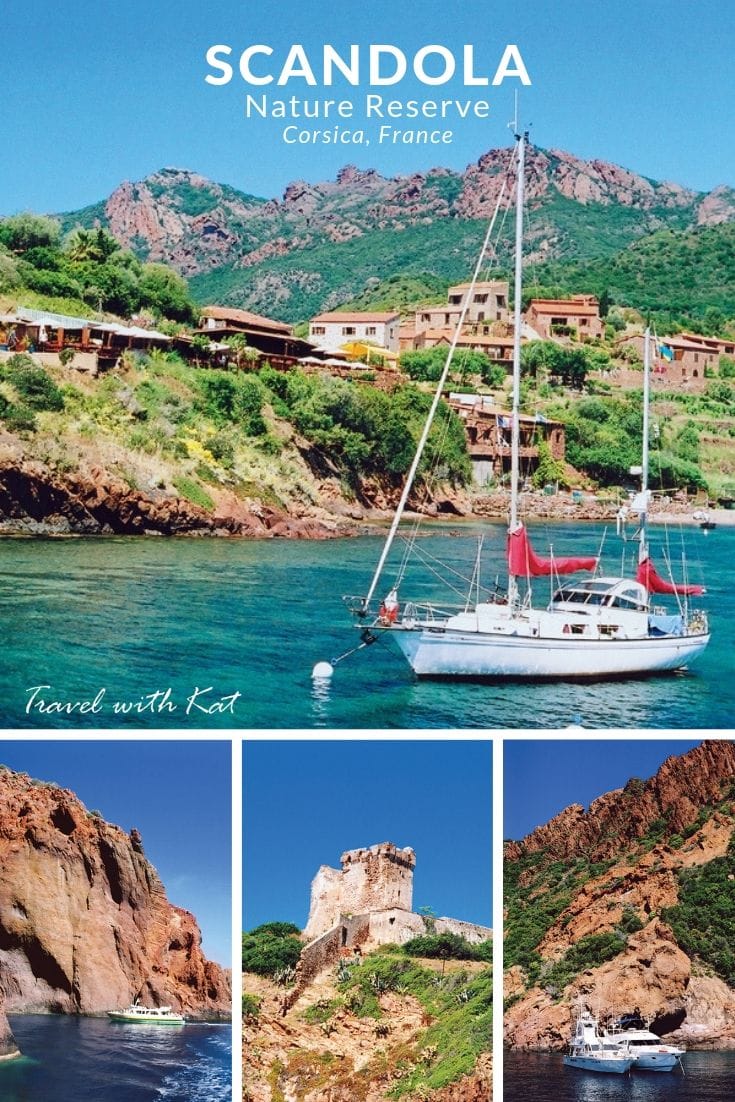 South England, from Brokenhurst to Brighton

For many years now I have dreamt of buying a restored VW camper van and touring England. Over the years...