Echoes from the past on Gorée Island 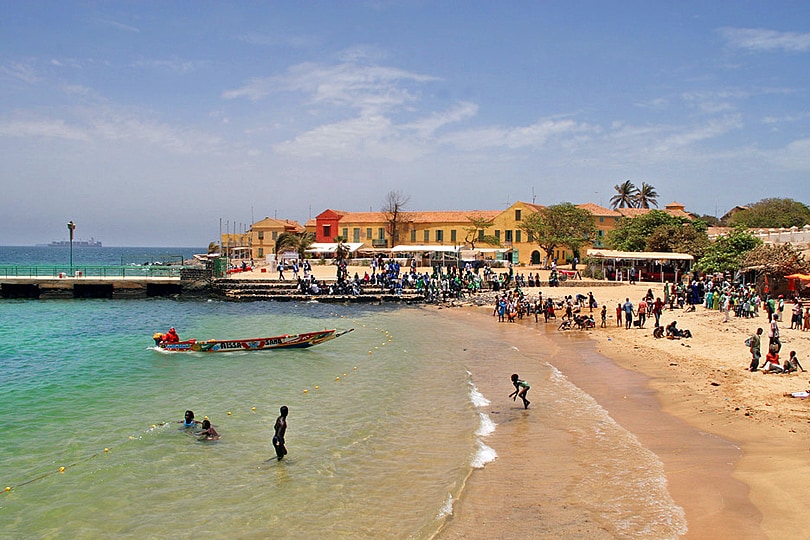 The boat leaves Dakar in Senegal and it isn’t long before, Gorée Island comes into view. Pastel coloured European-style buildings, palm trees, blue skies and blue seas. The scene is like no other I have seen in West Africa. 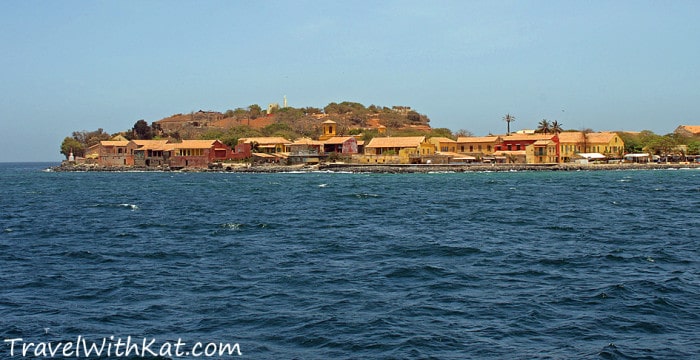 The tiny island of Gorée, a UNESCO World Heritage Site,  lies 3km off the coast of Dakar, the capital city of Senegal. Its pretty appearance gives no clue to the horrors that once occurred here when it was a warehouse for the slave trade. Gorée Island’s history is dark. Thousands, if not millions, were kept here before being transported to Europe and the Americas, over the three centuries during which the slave trade flourished. Portuguese, Dutch, French and British all fought and killed each other to gain control of this tiny island. 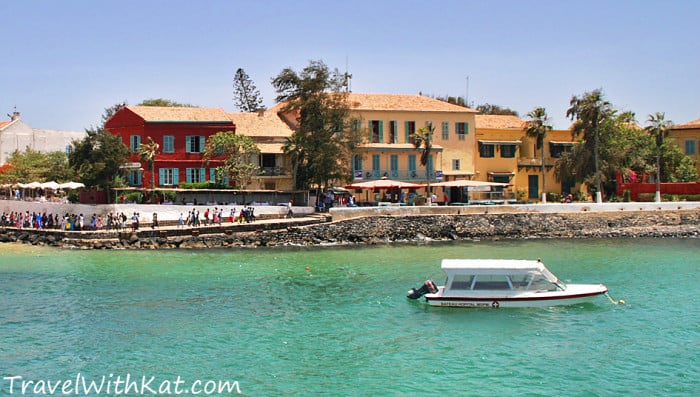 Visiting The House of Slaves

Today the island serves as a reminder of these atrocities and a visit to the only remaining slave house and the museum is a must for any first-time visitor. As a white European it was impossible to go there without feeling extremely uncomfortable to say the least.

The description of how the slaves were treated is hard to hear. We are told how they were chained at the neck and arms with a heavy iron ball attached. They were released just once a day from their cells which measured just 2.6 m by 2.6 m, each containing between 15 to 20 men. The ill and the dead were thrown into the sea for the sharks to feed on. Families were split up with women and children each being kept in a separate part of the slave house. For young women, there was one means of escape. Any that became pregnant by the slave masters were released either on the island or in the town of Saint Louis.

The slaves were kept here in the most inhumane conditions for up to three months. When their turn came to be sold, they were stripped naked and herded out into a courtyard for the buyers to observe them from the balconies.

As we look around we are shown a doorway which is said to have been the way slaves passed through as they left to board the boats that would take them away from their homeland. Conditions on the boats were as bad, if not worse, than on the island. Millions are believed to have died being transported from Africa. 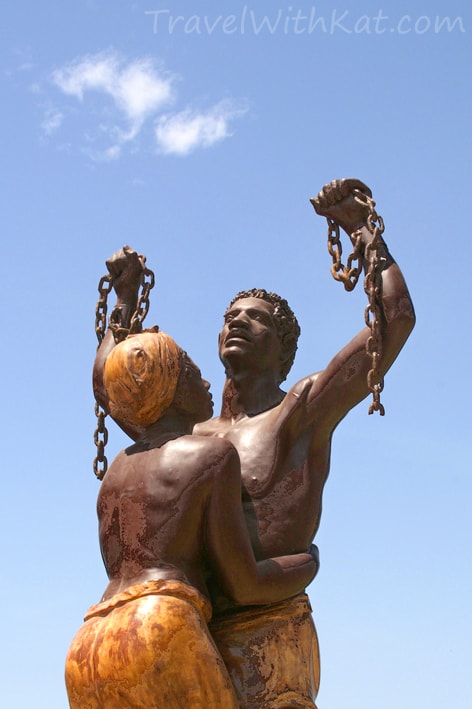 Today, as my Gorée Island pictures show, it is a place of tranquillity, with no cars and virtually no crime. There is one hotel and a few B&Bs where you can stay with local families but most only come for the day. For many, it is a place of pilgrimage and to all, it serves as a reminder of the human atrocities that once occurred here and throughout much of West Africa.

Outside the museum, the sun is shining and I photograph the striking statue of two slaves – a celebration of freedom. I wander through Gorée Island’s pretty narrow streets enjoying the warmth of the sunshine. The sadness lifts a little. As I pass the locals give me a welcoming smile and are happy to be photographed. 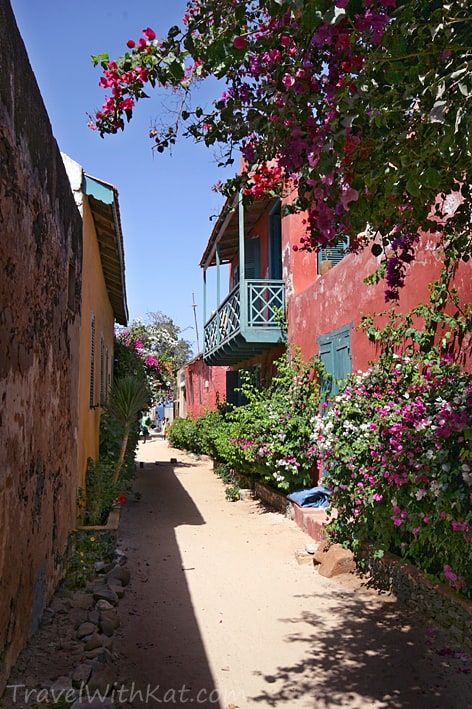 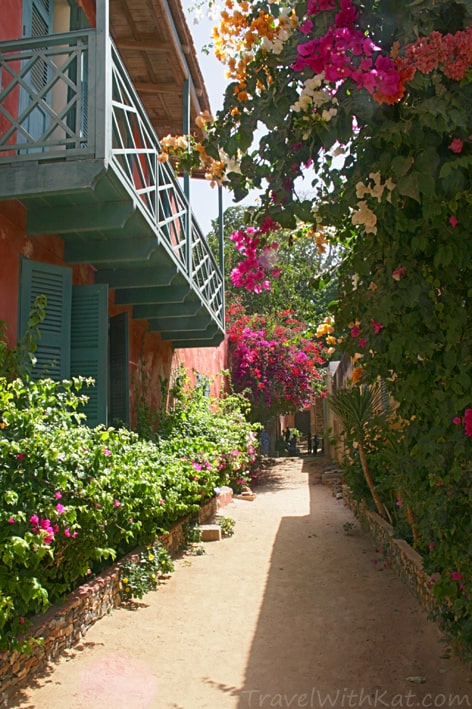 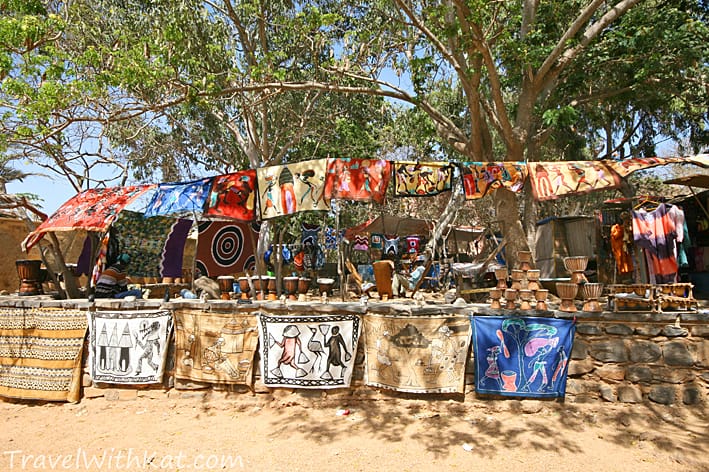 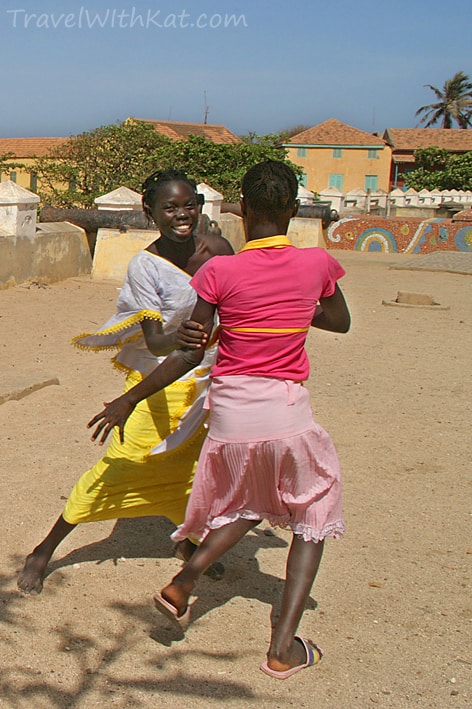 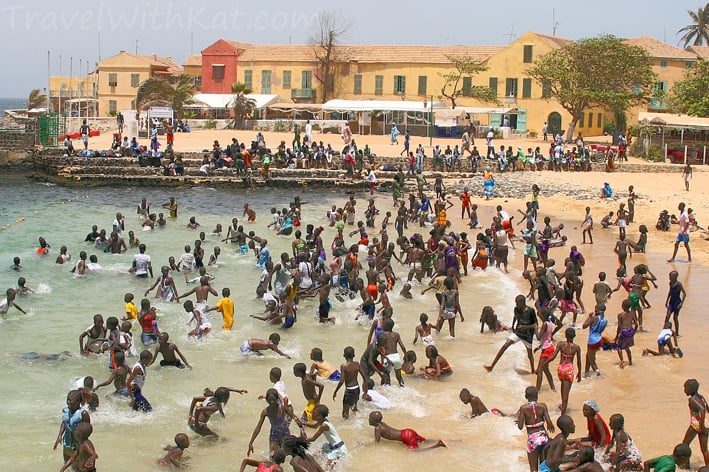 There is a wonderful feeling of calmness here, especially when you compare it to the hectic city life of Dakar. Not all the visitors to Gorée are tourists as city dwellers also use it as a place to relax. During a wonderful lunch in a restaurant overlooking the beach, I watch a large group of children arrive by boat. A school day out perhaps? Before long they are splashing about in the water. It is obviously quite a novelty for them. Shouts of joy and laughter fill the air.

How to get to Gorée Island

There is a regular ferry service that runs from Gare Maritime in Dakar, from the early morning throughout the day and late into the evening. It takes just 20 minutes and costs about 5,000 CFA. The island itself is very small and it’s easy to get around on foot.

A slice of lemon with your barnacles, madame?

Have you tried any weird foods around the world? From the bizarre to the disgusting, here are few culinary misadventures...