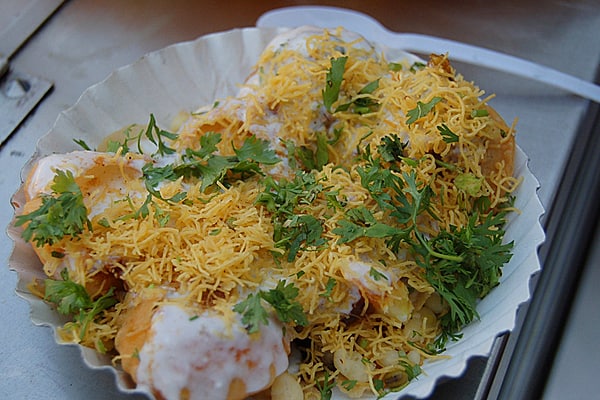 Indian is one my favourite types of cuisine but, during the couple of times I visited, I didn’t get many opportunities to try the wonderful variety of Indian street food available throughout the country.

Next time I visit India I plan to put that right and, to point me in the right direction, my fellow blogger, Shalu Sharma from Bihar in India, has been telling me more about Indian street food. Here’s her mini guide to the most popular dishes readily available. 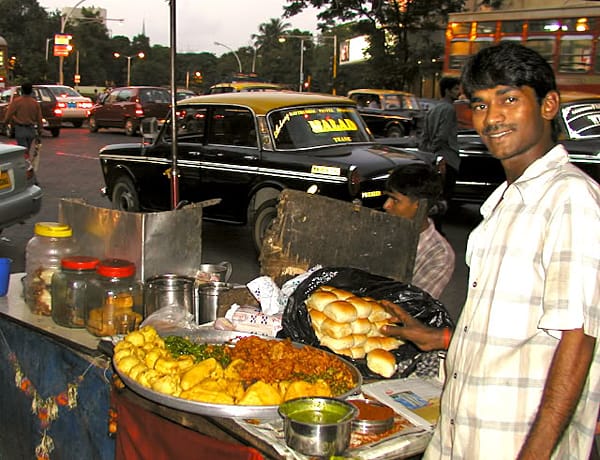 One of the great things about Indian street food is that it is readily available in almost any place, at almost any hour. While regular restaurants, especially in smaller Indian towns, usually close at around 10pm, street food is often available until much later and as late as 3am in most cities. The food is very delicious, as is evident from the massive crowds that gather to eat these foods every day. It is also inexpensive and recommended for travellers on a budget.

Some dishes are specialties of certain regions, whereas other dishes are available pretty much universally, whether you are looking for vegetarian, non-vegetarian or  seafood.

It is also considered safe to eat by most people but a good guide is to look for street vendors where families gather. These can be assumed to be more hygienic than others. If you are not used to Indian street food, be aware that it is generally spicier than many restaurant dishes.

Some of the most popular dishes

This is one of the most famous street foods and it is also available in many restaurants, especially in the Northern parts of India. It would not be an exaggeration to say that nearly a quarter of Mumbai eats vada pav each morning for breakfast. It consists of the vada (fried potato) wrapped in bread and served with chillies or chilli powder. There are many other varieties of pavs including masala pav, pav bhaji and bhurji pav. 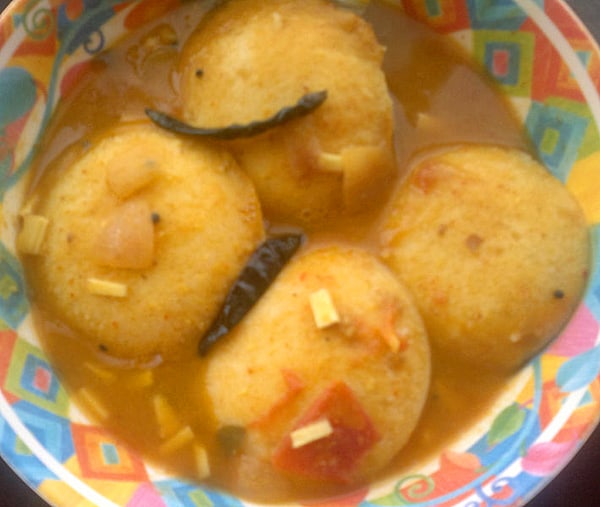 They are both made with black lentils and rice. Idli is a savory cake, served with chutney and sambar (a thin vegetable stew made with pigeon pea lentils) where as dosa is a flat pancake and comes in many varieties. An average street vendor would serve as many as 10 varieties of dosa from masala dosa, onion dosa to paneer dosa and cheese dosa.

Puri is an unleavened bread popular for breakfast or as a snack at anytime and is served in numerous ways.

Gol guppa has always been my favourite. Small enough to be popped whole into your mouth, it is a round, hollow puri, deep fried until crisp and filled with a mixture of spice-water, chutney, chili, chat masala, potato, onion and chickpeas. It is an extremely popular street snack.

Yet another popular dish in this category is ragda patties, also known as aloo chat (potatoe patties served with spicy peas and chutneys). 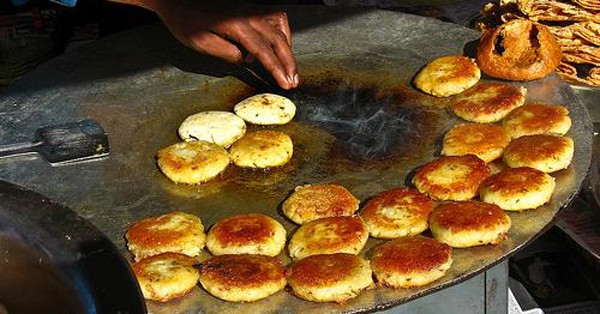 Among the non-veg dishes popular on the streets the kebab tops the list along although seafood which is also very popular. There are many varieties of kebabs available and the taste is more or less the same throughout the country. Sea food is very famous in coastal cities and they also have a wide variety of dishes. 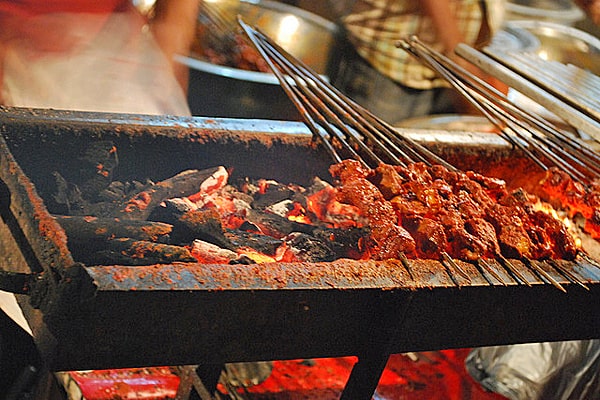 Sheek Kababs (or kebabs as we call them in UK), in Chandni Chowk, Delhi (courtesy of Rahit Rath)

The streets of India are also famous for sweets ranging from jalebis to pedas, each area having its own specialty.

Jalebis are deep fried batter, shaped a bit like a pretzel and soaked in sugar water.

Pedas are a kind of soft milk fudge that melt in your mouth.

Laddoos are ball-shaped deep fried sweet, sometimes flavoured with coconut that are served at pretty much every special occasion of festival throughout India.

Apart from these, many other items which cool you down like the fruit juices, tender coconut, ice creams, kulfis (a frozen dairy dessert) and faloodas (a rose water flavoured drink often served with ice cream) are also popular among the street food lovers of India.

Even though most places are hygienic, as anywhere in the world there are exceptions and these can sometimes harm the health of even the most seasoned street food eater. Upset stomachs are usually fairly mild and will only trouble you for a few days after which you will be back to normal. In case of any stomach upset, it is advisable to stop eating street food and immediately take some medications on the advice of your doctor. Remember that medical help is readily available in India even for smaller issues. You can reach out to a doctor even for a minor stomach upset.

Some of the best places to eat street food in India are by beaches where families gather, especially in the evenings, creating the perfect spot for the street vendors to offer a variety of food, but whether you are in India there will also be areas known for their street food.

The most famous places in India well-known for great street food include Chandni Chowk in Delhi, the beaches of Mumbai, Chennai, South Bangalore and Charminar in Hyderabad. 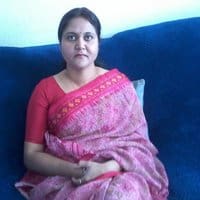 Shalu Sharma is a blogger from Bihar, India. She writes about travelling to India on ShaluSharma.com. Her site is really packed full of useful information for anyone travelling to India from how to wear a sari to how to speak some basic Hindu phrases, advice on places you must see and some you might want to avoid.

She is also the founder of YouBihar, the social networking site for Bihar. Apart from blogging, she likes to cook and watch Bollywood movies. You can connect with her on twitter @bihar and Google+.

Following on from my previous post about the fascinating evening Cooking Palestine, I'd like tell you more about one of...