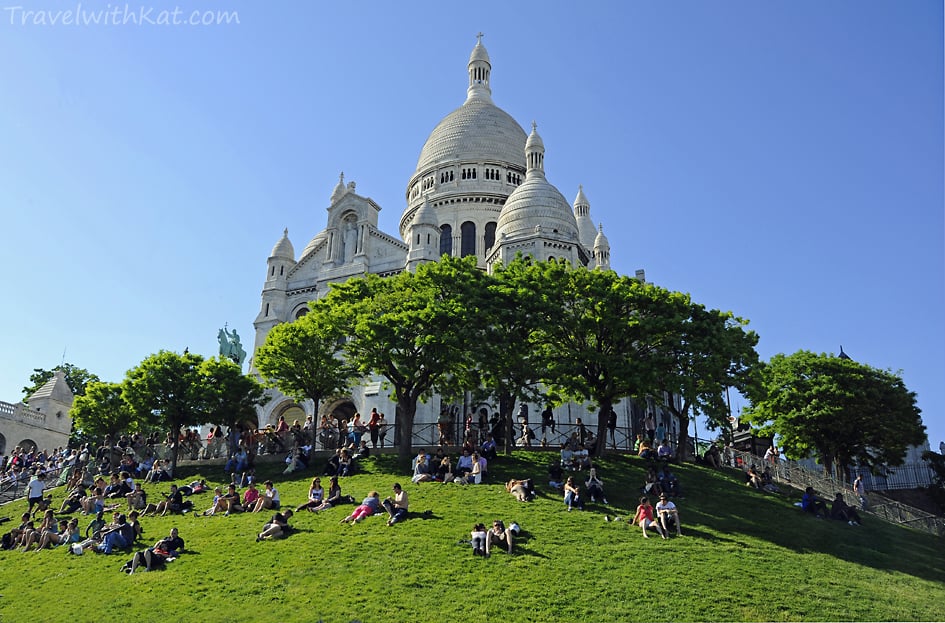 One of my favourite areas of Paris is Montmartre with its colourful artists and buskers, beautiful architecture, cobbled streets and stunning views across the city; I would like to share with you some of my photos from a recent visit.

I’d picked a hotel that was near both the Gare du Nord (the Eurostar station) and Montmartre. Having boarded the train at St Pancreas at about 9.30am we arrived in Paris a couple of hours later and it was just a short walk from the station to our hotel, Hôtel Mercure Paris Gare de l’Est (which I would certainly recommend for its friendly staff and its location). Having checked in we hopped on the metro to visit Montmarte just a few stations away.

The construction of the Sacré-Cœur Basilica began in 1875 and was finished in 1914 but it wasn’t until after the end of World War I in 1919 that it was consecrated. 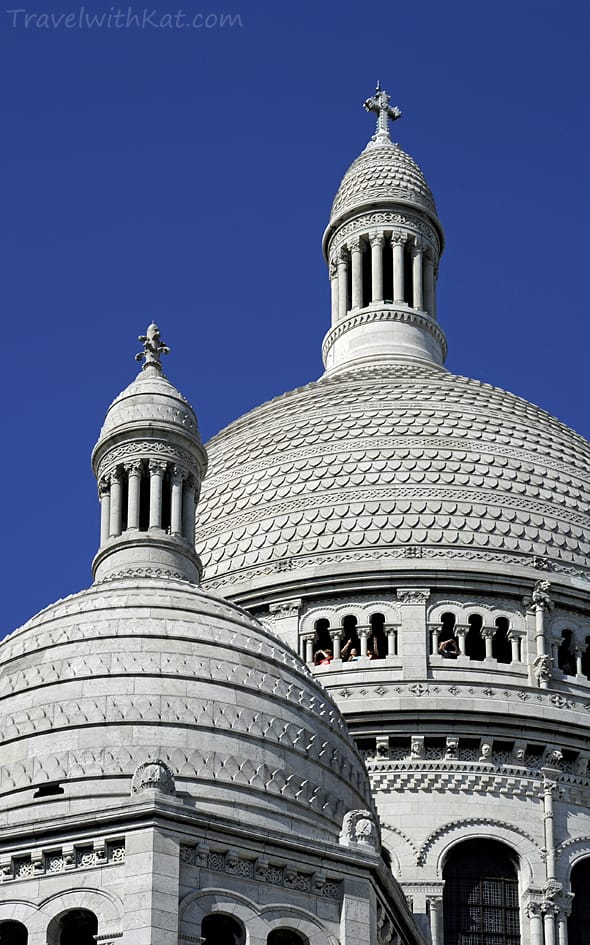 We did have a look inside but sadly you were not allowed to take pictures but I did photograph the view from the steps looking out over Paris which was glorious in the June sunshine. 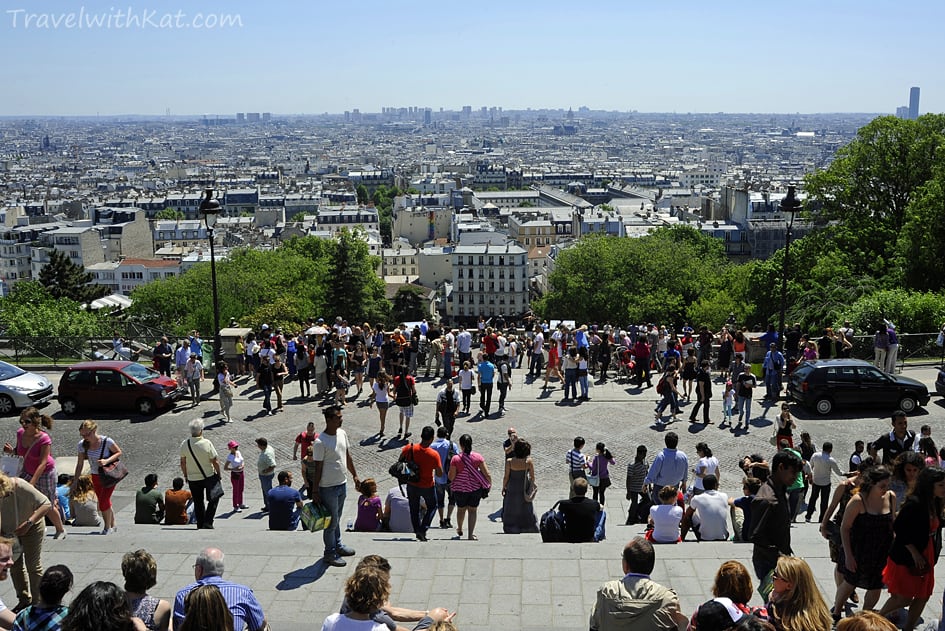 Tip: If any in your party have difficulty walking or with stairs be warned that it is quite a climb up the steps to the Sacré-Cœur but for one metro ticket you can take the funicular and cut out most of the climb!

In the shadow of the Sacré-Cœur you’ll find the much older yet rather overlooked Saint-Pierre de Montmartre. 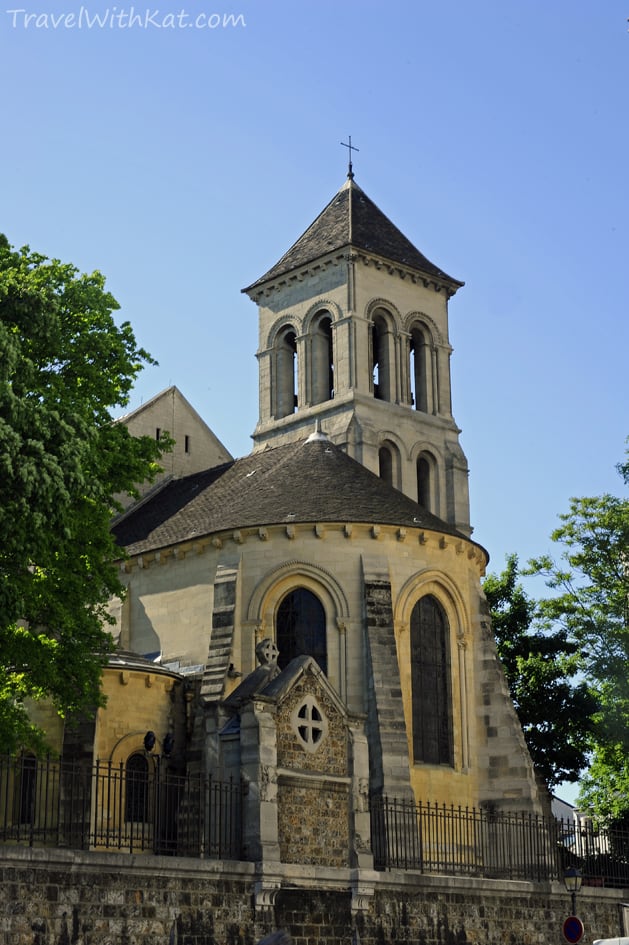 The famous artists square, Place du Tertre, is just a couple of streets away and well worth having a look around. 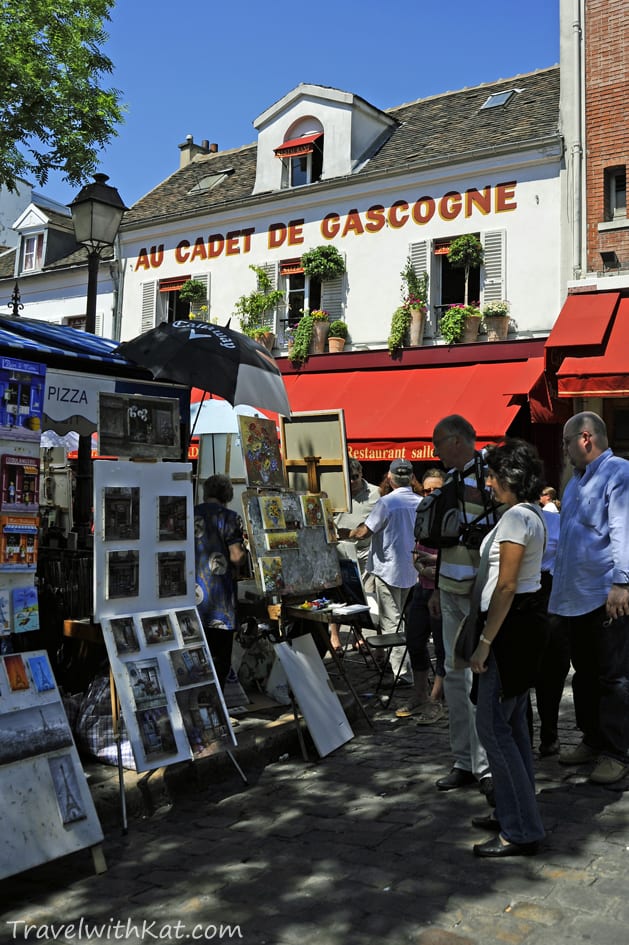 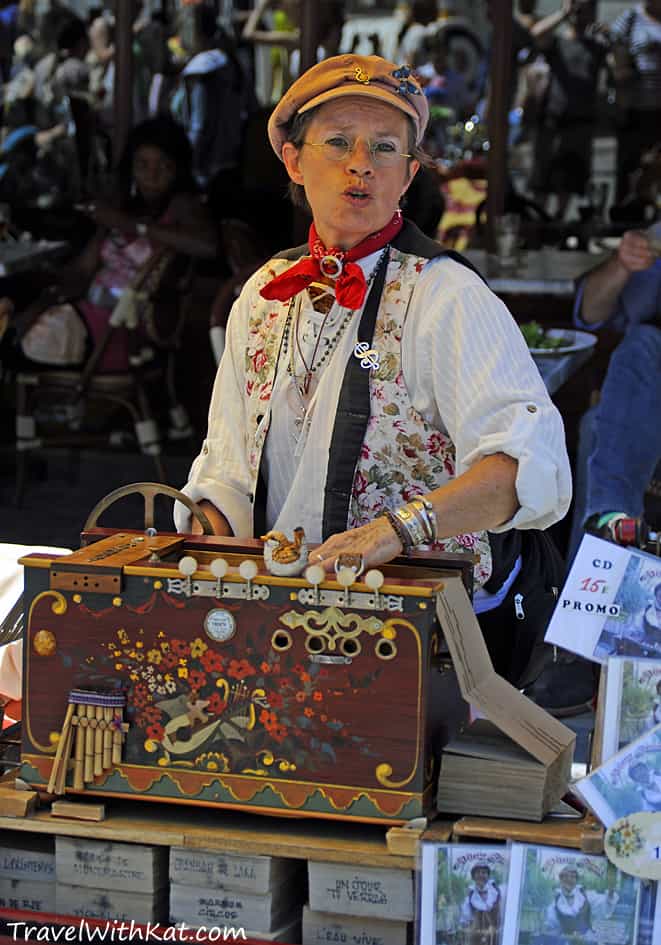 One of Paris’ many iconic buildings I hoped to have a look at during our visit was the Moulin Rouge so as we were fairly nearby we took a short detour and walked in that direction. 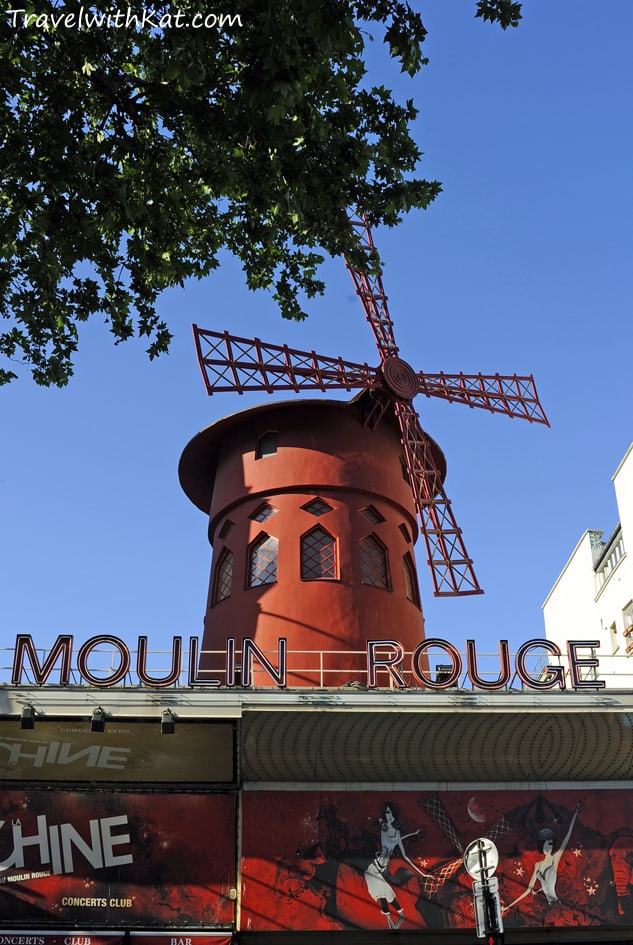 Ignoring the surrounding sex shops, casinos and lurid comments as we passed by what I assumed was a brothel we found the famous red windmill and took a few snaps before heading to the nearest metro station. This is where I took some of my favourite images from the weekend, not of famous landmarks or dramatic cityscapes, but of young people laughing as the updraft from the metro beneath this vent created a Marilyn Monroe skirt raising effect! 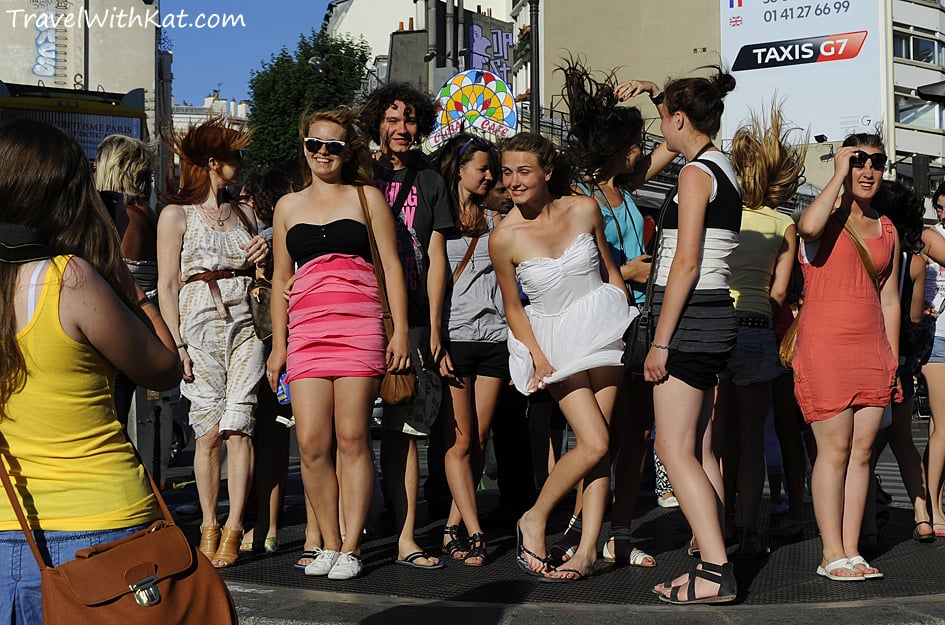 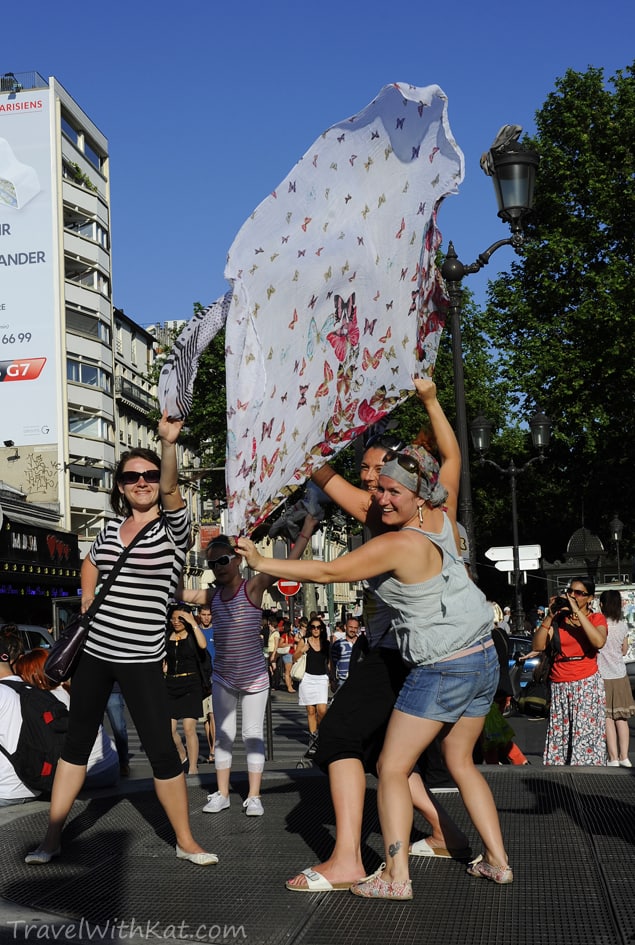 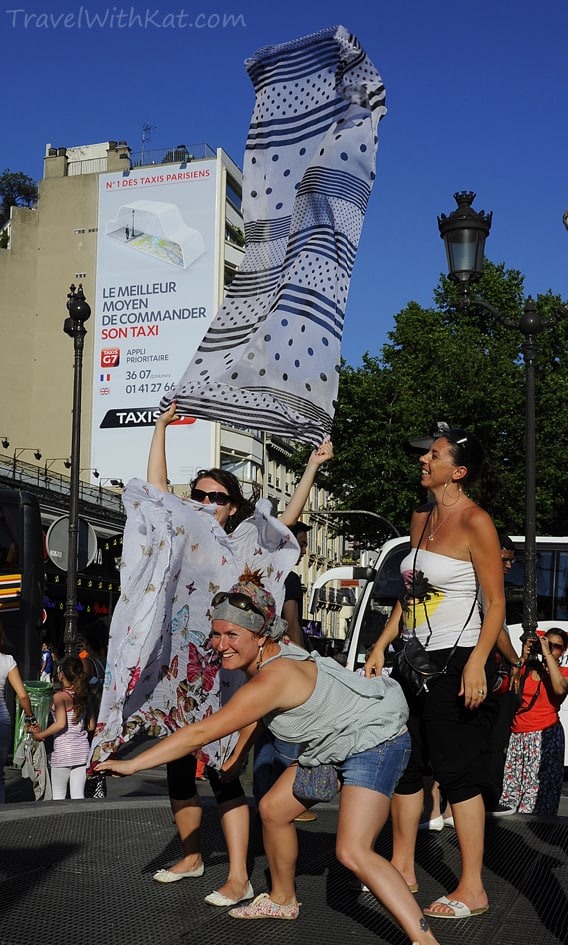 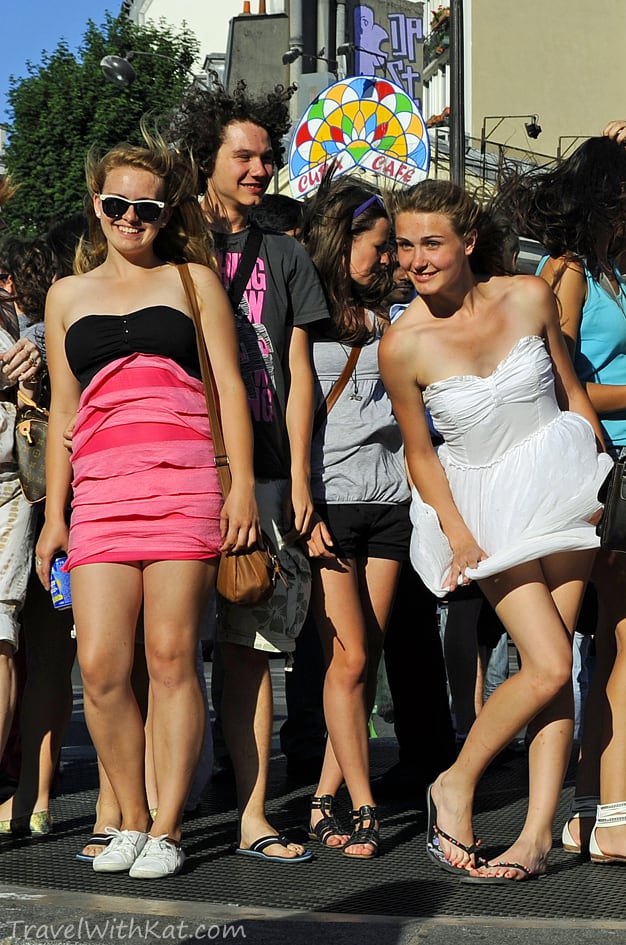 Each morning the croissant delights the taste buds of locals and visitors alike throughout the length and breadth of France...