Ispica, getting off the beaten track in Sicily 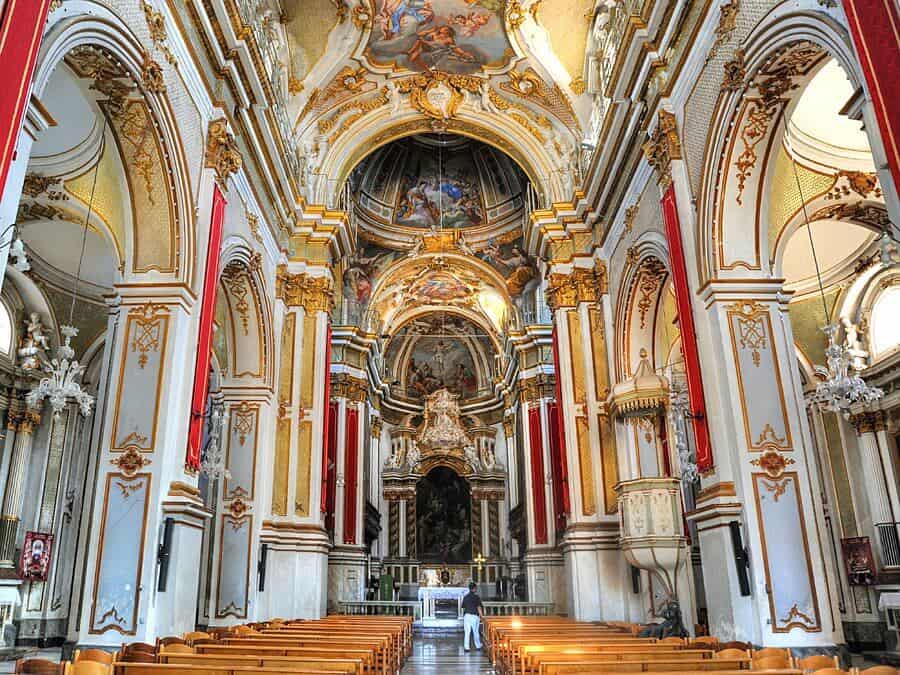 As I a gaze upwards and my eyes drink in the colourful fresco above me, I notice a large brush stroke that looks out of place. My guide explains that this is the last fresco painted by Olivio Sòzzi, a prolific artist whose work adorns many churches and monasteries in Sicily. In this church alone, there are 26 such paintings, dating back to 1763, including his most famous masterpiece, which covers some 40 square metres of the church’s ceiling with scenes from the Old and New Testament. The anomalous brush stroke, I sadly learn, Sozzi made as he fell from the scaffolding he worked from, plunging to his death.

More than 300 years later, his legacy lives on through these magnificent images, here in the Basilica di Santa Maria Maggiore in Ispica and throughout Sicily.

Recommended for you: Where and what to eat in Italy

The late Baroque towns of the Val di Noto

The town of Ispica lies about 6 miles inland from the southeast coast of the island in the Val di Noto (Famous Valley). It’s one of many in the region that were rebuilt after a devastating earthquake in 1693. Following the quake, which was one of the largest ever recorded in Italy, a tsunami tore along the Ionian coast of Sicily and the Messina Strait. The first sign was a withdrawal of the sea, emptying the harbour at Augusta, before the water roared back in again. Tragically, some 60,000 people lost their lives that day and nearly 50 towns were destroyed.

What followed, however, was quite remarkable, as the towns were rebuilt either in the same spot or close to their original location, most notably in the Val di Noto. Magnificent late Baroque towns and cities were reborn with a homogeneity rarely found. Eight of these towns are included in a UNESCO World Heritage listing Late Baroque Towns of the Val di Noto. Ispica is not one of them, however, this does mean that the town is less well known and therefore has fewer visitors, a real bonus in the busy summer months. The best way to visit these wonderful towns is by car. Sicily is perfect for a leisurely road trip.

This article is available to download with a route map and GPS navagation to guide you from one stop to the next without the need for an internet connection throgh GPSmyCIty, Ispica self-guided walk.

The hilltop town of Ispica

Built in honey-hued stone, Ispica perches on a hilltop in the foothills of the Hyblaean Mountains. The fertile lands that surround it are bathed in the intense Sicilian sunshine, producing olives, courgettes (zucchini) and tomatoes, but Ispica is particularly renowned for producing a sweet, crunchy organic carrot.

While here, as well as visiting local food producers, I took the opportunity to explore a few of Ispica’s impressive churches. Other attractions include the town hall, Palazzo Bruno di Belmonte, a stunning Liberty style (Italy’s Art Nouveau) building and the former covered market, Il Mercato,  which is now home to a café and restaurant. Just outside the town, Parko della Forza, is a fascinating fortified park that includes a number of interesting features not least the staircase carved out of the rock that leads to a river, allowing the fort’s inhabitants to collect water.

Read more about the people I met in Sicily (and their produce) in my blog post, A taste for Sicily.

Designed by the Sicilian architect Vincenzo Sinatra and home to some of Sòzzi’s finest frescos (considered among the greatest artistic masterpieces of the 18th century in Sicily), this is one of my favourite church interiors in the Val di Noto. If you only have time to visit one church in Ispica make it this one.

The basilica was built to house the statue of the Santissimo Cristo alla Colonna (Blessed Christ at the Column), also known as The Elder, which remarkably survived the 1693 earthquake that destroyed the original church in Cava d’Ispica.

In front of the basilica stands an elegant semi-circular portico, Loggiato del Sinatra, named after the architect who designed both the portico and the basilica. Whilst inside, you’ll wish to linger and admire the frescos painted by Sòzzi.

People have been living in the area around Ispica since the Bronze Age, however, the town today is not in the same place as it once was. The site of the original Ispica, once known as Spaccaforno, now lies within an archaeological park of Cava d’Ispica about a 20-minute drive north-west of the modern town. The park is set in a tranquil gorge, which was once a Neolithic burial site with catacombs, and features the original cave dwellings that were inhabited from the Middle Ages to as late as the 1950s. When I visited, I barely saw another soul. It’s a very atmospheric place to wander. 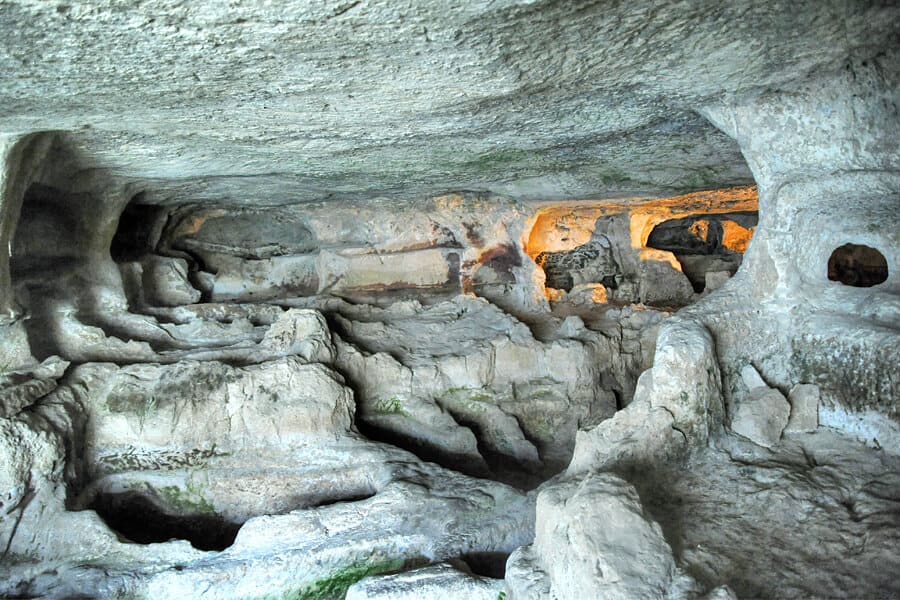 While many pass by Ispica in favour of the towns on the UNESCO hit list, the fascinating archaeological park of Cava d’Ispica and the Basilica di Santa Maria Maggiore in particular should not be overlooked. The latter was for me one of the highlights of my visit to Sicily. It may have been a few years ago but the memories are standing the test of time and it is still one of my favourite Italian churches.

This article is available to download with a route map and GPS navagation to guide you from one stop to the next without the need for an internet connection throgh GPSmyCIty, Ispica self-guided walk.

Pin it for later

My thanks to Green Tours for hosting my trip to Sicily. And to Sicilian Places, the specialist UK tour operator, offering hand-picked hotel and villa holidays on this very special island.