Step back in time in La Laguna, Tenerife 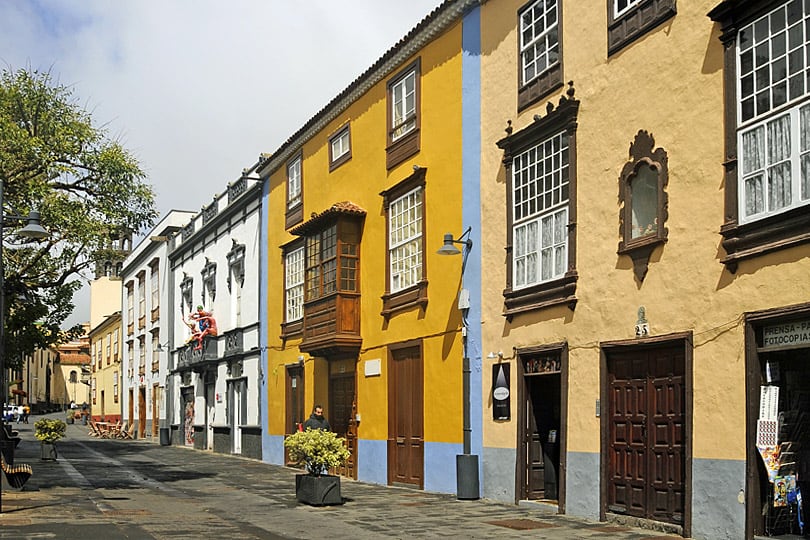 Standing in a beautiful courtyard on the still wet cobbles as they glisten in the sunshine, I may be soaked to the skin but I’m smiling. I feel as if I’ve been transported to another time and another place. I’m in a bubble trapped in history, way back at the turning of the 15th and 16th century, when San Cristobál de La Laguna was newly built and the Spanish island of Tenerife was the crossroads connecting Europe with the New World.

I had left my hotel in El Médano in glorious sunshine, knowing that the early morning chill would lift and temperatures would soon rise into the mid-twenties. I hopped on the local bus which slowly edges its way along the barren and rather uninteresting coast to the capital of the island, Santa Cruz de Tenerife. By the time I arrived, the day was warming up a treat.

It wasn’t the capital of today though that I was interested in.

From the bus I changed to a tram, taking the Number 1 line to the last stop, La Trinidad and the old town of San Cristóbal de La Laguna, or La Laguna as it is commonly now known, once the island’s capital and a UNESCO World Heritage Site. As we trundled along climbing higher and higher, the sky grew dark. “What’s this?” I thought, remembering just how many times I’d been told that week that it never rained in Tenerife. “Well, it’s blinking well raining now!” I said to myself while sitting in my floaty summer dress, watching the drops run down the window.

It was still raining when I arrived in La Laguna, and it was cold. So much colder than Santa Cruz just a few miles away but at sea level. I dashed into the nearest café. The lady behind the counter pointed at a large spiral of  …something… and I nodded, quite uncertain of what I was agreeing to have with my coffee. Rather than handing me the whole thing, she broke off what was still a reasonably sized portion. It was a churro, a type of Spanish doughnut; a winter warmer made of deep-fried wheat flour to go with my coffee; a typical way to start the day with a hot chocolate or milky coffee to dunk it in. A cognac on the side would have made it even more traditional, I’m told.

But I couldn’t sit in a café all day so back out into the rain I ventured. 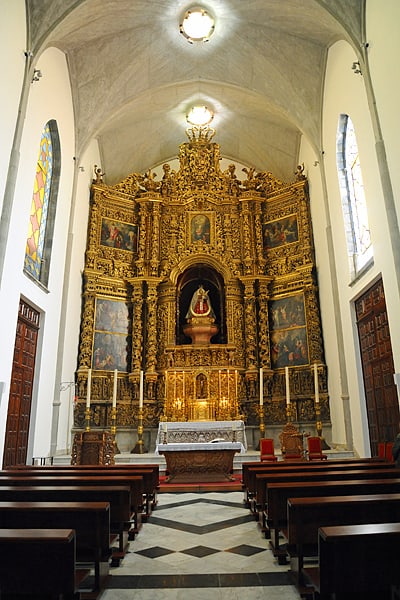 Winding my way down a few streets, it wasn’t long before I was back indoors, but I was already soaked. That was soon forgotten, however, as I slowly walked around the Santa Iglesia Cathedral and when I emerged, the clouds were lifting, and the sun broke through. 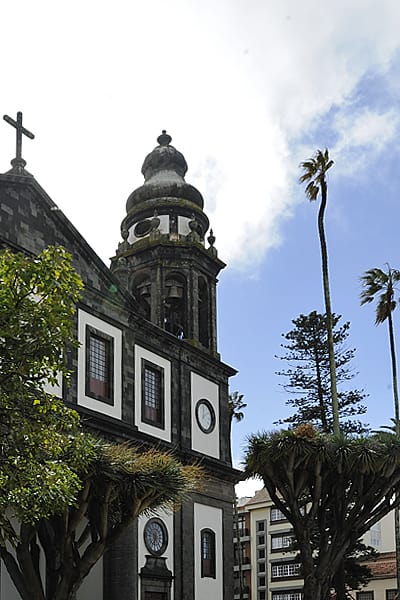 San Cristobal de La Laguna is the second biggest city after Santa Cruz de Tenerife and a UNESCO World Heritage Site. I wandered around aimlessly, drying off rapidly and discovering one enchanting street after another, each with no end of delightful courtyards. Los Calados Artesania is a fabulous shop full of intricately embroidered traditional costumes, but frustratingly no photos were allowed. I discover the Museum of Tenerife, more charming courtyards and the Fundacion Cristino de Vera, art gallery. 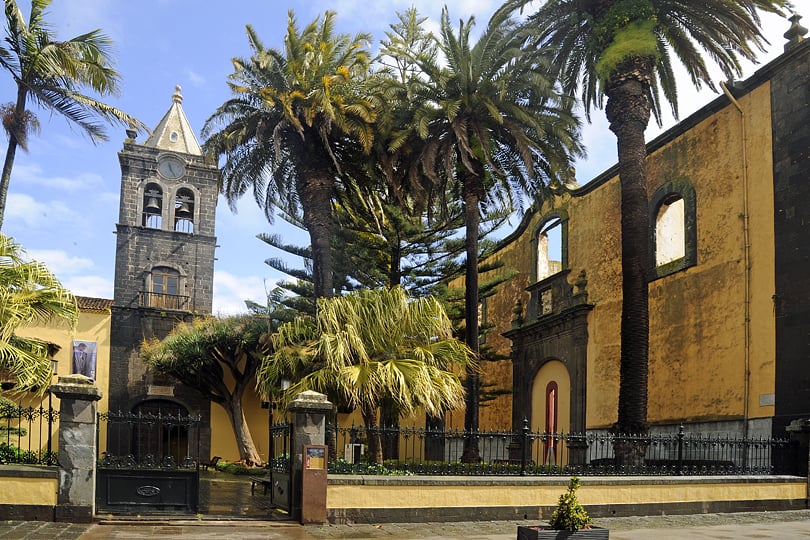 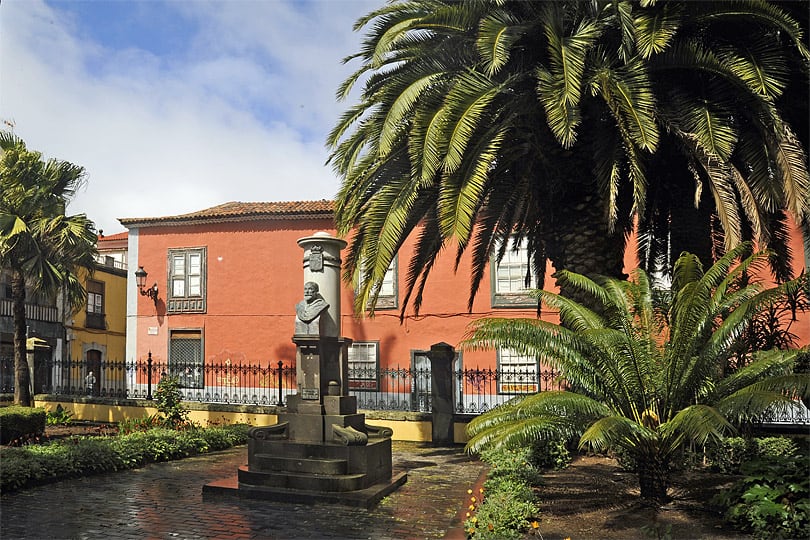 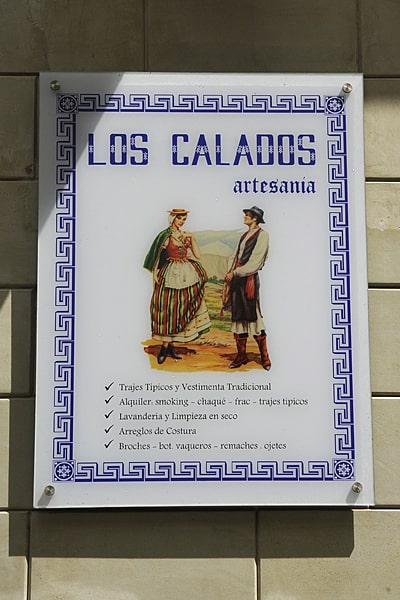 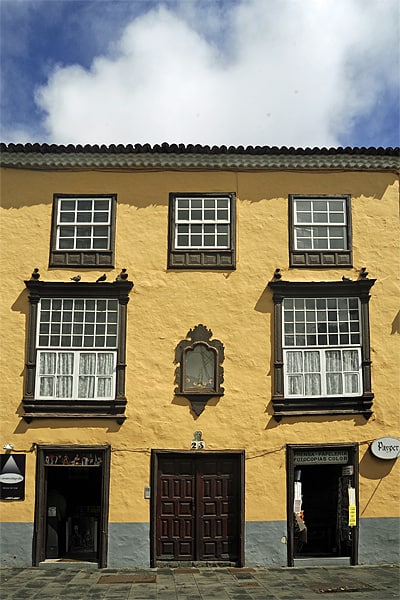 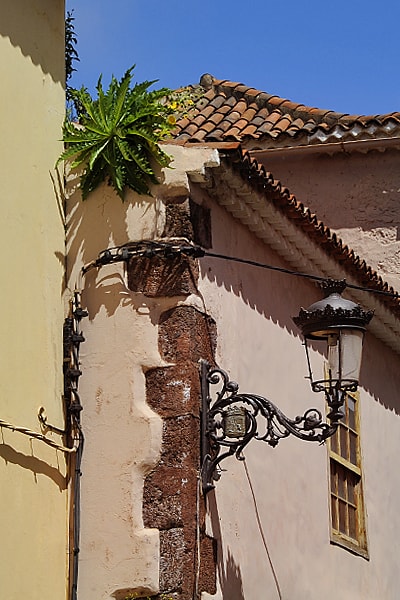 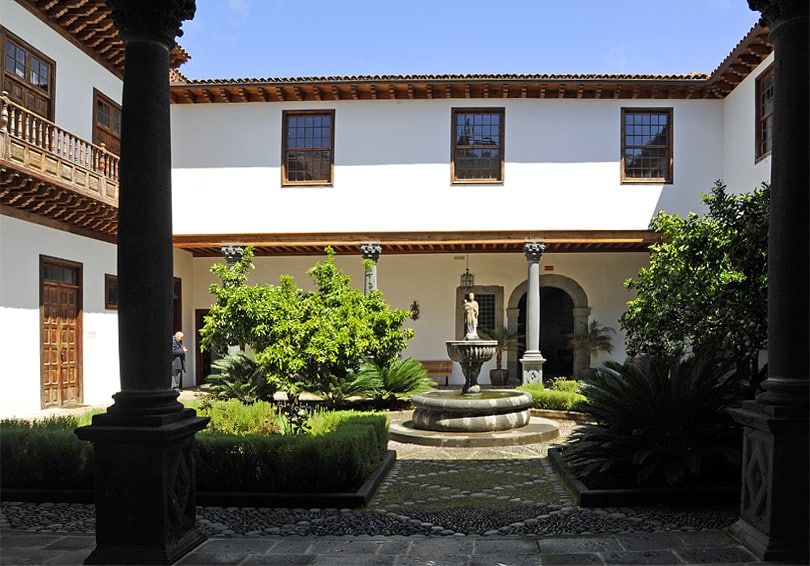 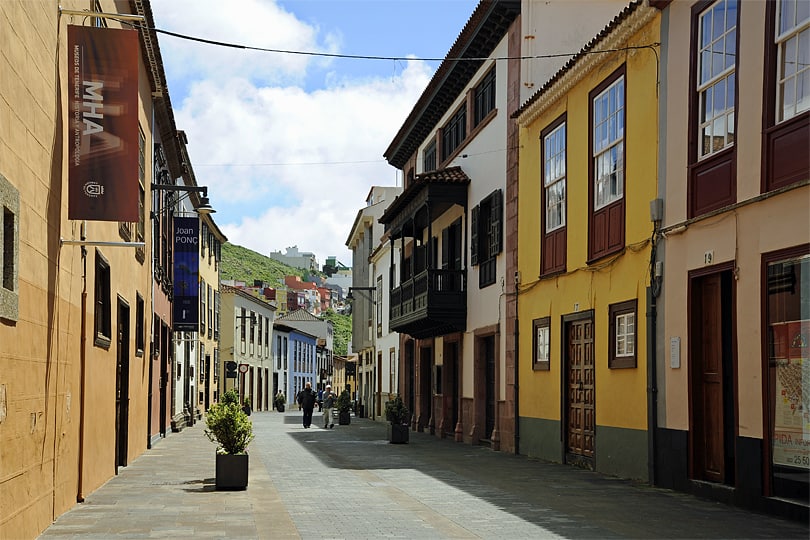 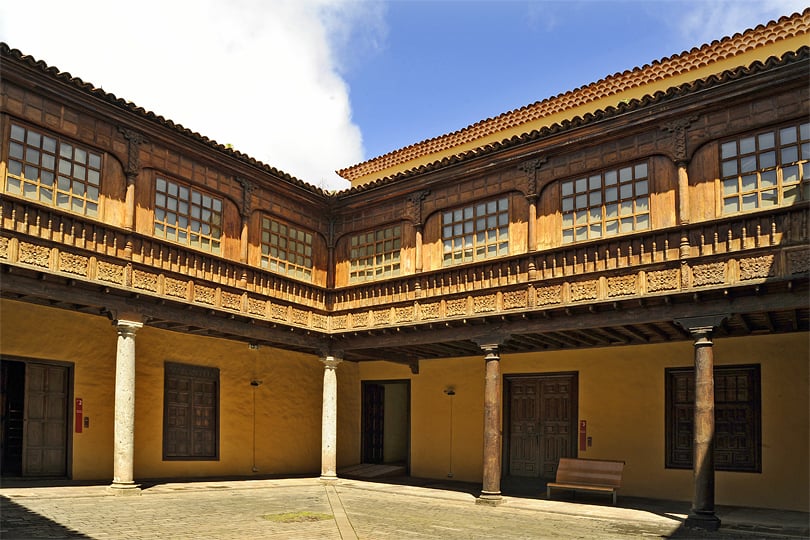 La Laguna was founded in 1496. The town boomed as the island’s trade with the New World grew. Built from scratch, it was the first city to be laid out on a geometric grid. It was also the first non-fortified Spanish colonial town, and its plan provided the model for many colonial cities in South and Central America. In 1833 its power as the capital was transferred to nearby Santa Cruz, and it is possibly thanks to this that it has been able to preserve its historic character.

Today it is a thriving university town, the cultural centre of the island. As I walk past its beautiful Renaissance buildings, it reminds of a place I once visited on another group of islands in the Atlantic, Mindelo, on São Vicente, one of the Cape Verde islands, south of the Canaries, west of Senegal; a former Portuguese colony and another stepping stone to the New World.

How to get to San Cristóbal de La Laguna

Numerous bus routes converge on the bus station of the island’s capital of Santa Cruz de Tenerife. From here, head to the tram station next door and take the Number 1 line to the last stop, La Trinidad and the old town of San Cristobal de La Laguna,

When is the best time of year to visit San Cristóbal de La Laguna?

Where to stay in San Cristóbal de La Laguna?

La Laguna Gran Hotel | This beautiful four-star boutique hotel in the centre of the old town would be my choice, not least for its historic architecture, convenient location and Michelin starred restaurant, not to mention its exceptional reputation. Plus it’s just a 10-minute taxi ride from the North Airport and within easy access by tram to the capital of Santa Cruz. Check prices and availability here.

MaxRelaxTenerife | If your budget is more modest, this small, family-run hotel, just a couple of miles from the centre to La Laguna has a great reputation thanks to the friendly and helpful owners. It’s handily just a 20-minute taxi ride from the North Airport. Check prices and availability here.

Where to eat in San Cristóbal de La Laguna?

A friendly, casual restaurant serving local and Mediterranean cuisine with some English speaking staff that are always happy to help if you’re not sure what to order. Perfect for breakfast lunch or dinner. Open 09:30 – 16:00 and 20:00 – 23:00. Closed Mondays and Sunday evenings. Booking recommended.

Off the beaten track, upscale tapas restaurant for lunch or dinner, that’s well worth tracking down. Open 09:30 – 16:00 and 20:00 – 23:00. Closed Monday and Tuesday all day and Sunday evenings. Booking recommended.

Love it or hate it, you can't ignore it, in Athens graffiti is everywhere from simple tags, saying 'I was...