The most awe-inspiring landmarks in China 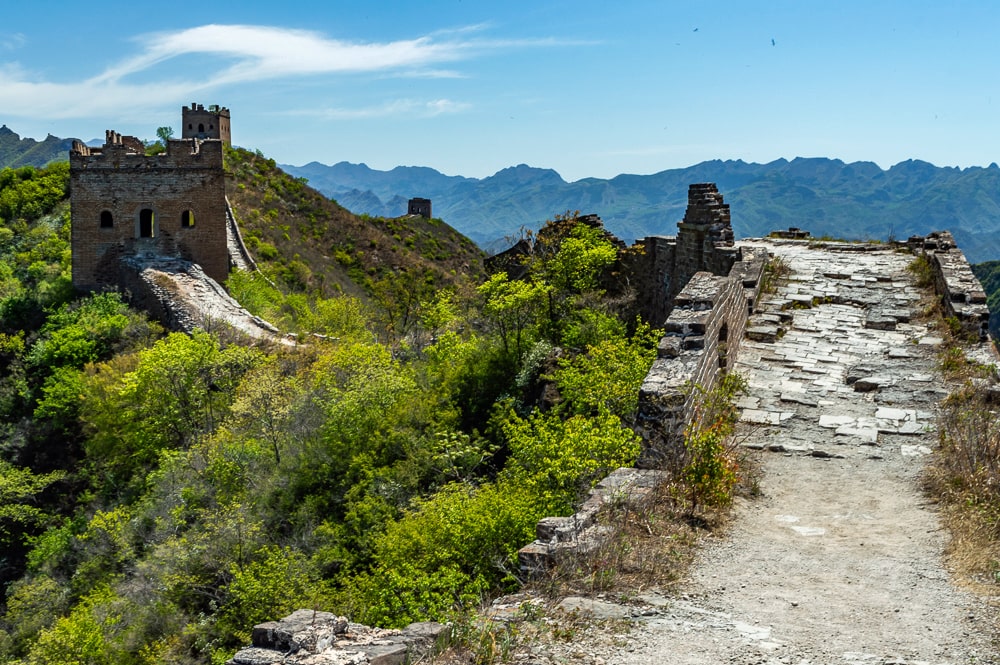 Today, I’d like to share a guest post from Ben about his favourite landmarks in China. Ben is an Australian living in Canada who has visited over 50 countries. He runs a budget travel blog, helping others find their love for travel over at HorizonUnknown.com 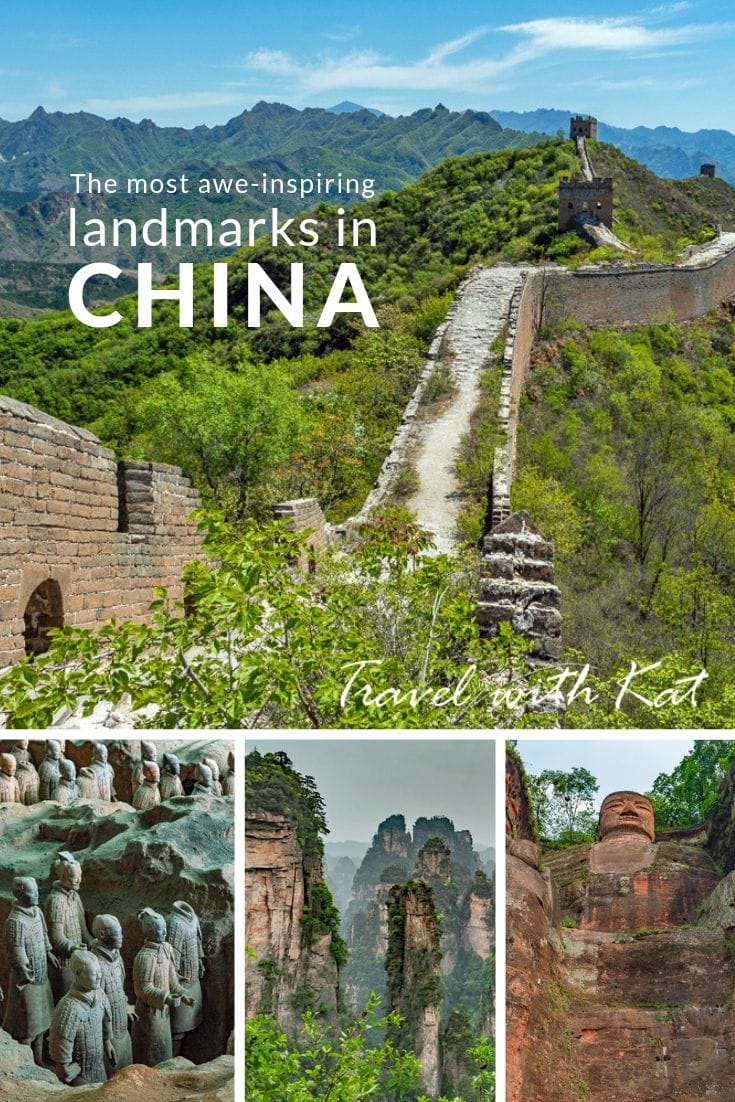 China is an ancient country with a unique culture and a history reaching back through the millennia. It’s also the 4th largest country in the world with a vast array of unforgettable sights. During my 3-week stint, eight landmarks in China stood out above the rest.

These top Chinese tourist attractions are unsurprisingly popular. To avoid the worst of the crowds, get there early to be first in line or avoid the most travelled paths by visiting the less popular areas of an attraction.

Let’s check out the best places to visit in China!

Seven not to be missed landmarks in China

The Great Wall of China

The Great Wall of China probably makes an appearance in every single list of things to do in China – and it is well deserved. It is incredible to step foot on this ancient stone wall that has survived through time.

China’s Great Wall snakes across the historical northern borders of China for 21,196 kilometres. Built to protect China from various invading nomadic tribes, the construction of the wall began in the 7th Century B.C. and used over 1 million labourers – many of whom are buried inside the wall itself.

Today, the most notable surviving sections were built in the Ming Dynasty (1368 – 1644). During my travels, I visited the less popular but equally as stunning tour to Jinshanling Great Wall section.

The Great Wall became a UNESCO World Heritage site in 1987 – and with over 50 million visitors every year, it’s a China landmark you’ll never forget! 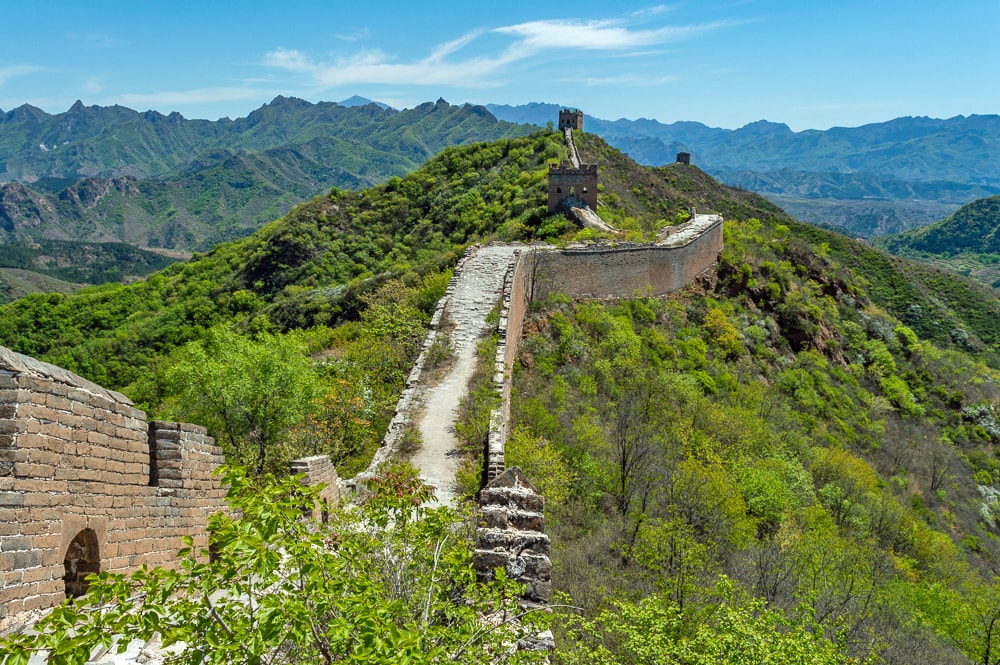 China’s first National Forest Park was established in 1982 and is now part of the Wulingyuan Scenic Area. Designated a global geo-park by UNESCO in 1992, these spires formed by natural erosion and immersed in thick jungle are a sight you’ll never forget.

Zhangjiajie National Forest Park, more specifically the Avatar Hallelujah Mountain, is claimed to be the inspiration for the blockbuster movie Avatar.

While the park is understandably extremely popular, there are many overgrown trails that visitors rarely walk.

If you’re not up for hours of walking through the trails, however, there’s an alternative way to reach the higher viewpoints. The Bailong Elevator is in the Guinness Book of Records as the largest outdoor glass-panelled lift in the world. It’s also the fastest. At 326 meters tall, it takes less than two minutes to get 50 people to the top. The controversial elevator built in a protected UNESCO site took three years to build, costing a staggering £12 million and attracts around five million visitors each year.

Look out for the mischievous monkeys that line the trails as you drink in the unmistakable views of Zhangjiajie National Forest Park, one of the most beautiful places in China. 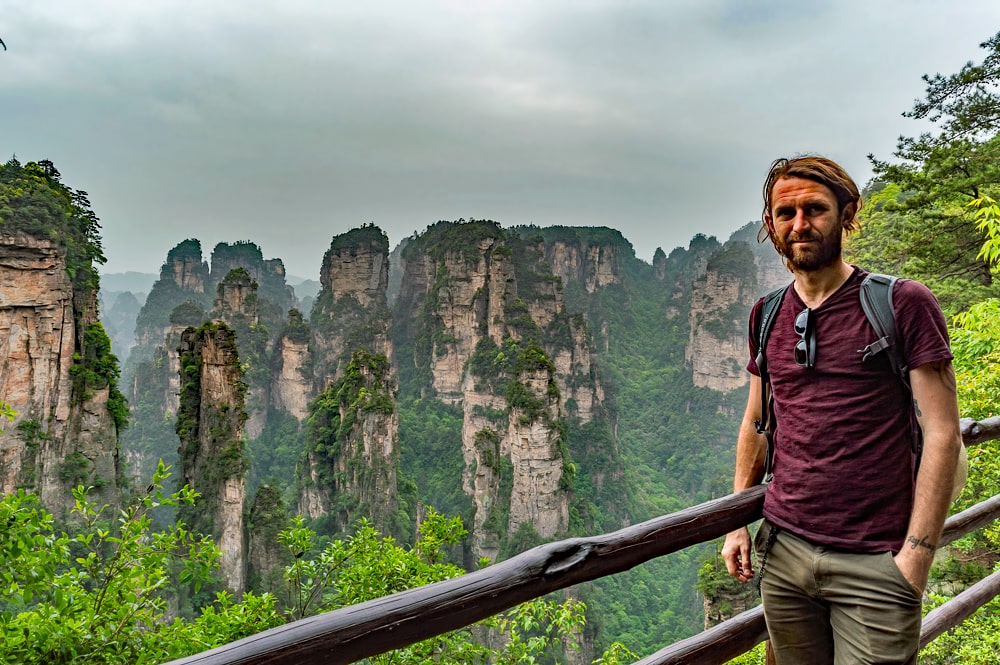 Leaving directly from the city of Zhangjiajie in the Hunan Province is another record holder, the world’s longest passenger cable car. Built in 2005, it takes visitors to Tianmen Mountain. At 7,455 meters in length, the journey to takes half an hour and climbs almost 1,300 metres, giving some of the best views you’re ever likely to see.

Once at the summit of Tianmen Mountain, there are several great things to see, not least the Tianmenshan Temple which was rebuilt in 1949 and offers a beautiful view over the distant peaks. 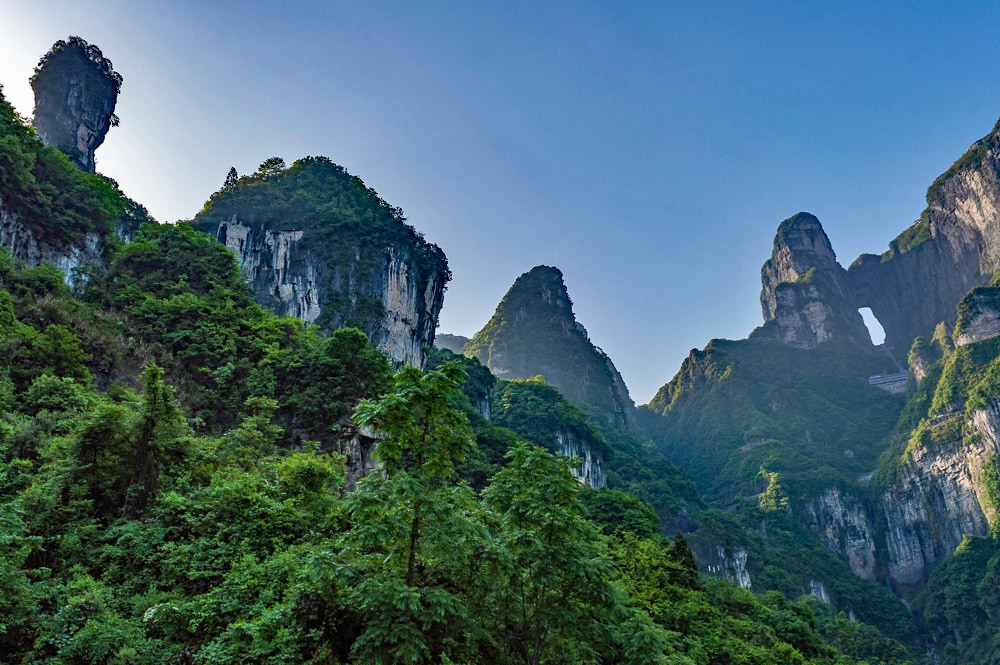 Another way to reach Tianmen Mountain is by an 11 kilometres road with 99 bends, that brings passengers to the bottom of 999 steps. At the top of those stairs is Heaven’s Gate, a natural 131.5-meter hole in the cliff face and the location of the wingsuit championships since 2012.

I suggest you seek your thrills and conquer your fear of heights on the glass walkways around Tianmen Mountain where you can see the ground hundreds of meters directly below your feet.

The Forbidden City is a large complex in the centre of Beijing, attracting some 16 million visitors each year. With 980 buildings over 72 hectares, it took 14 years to build and was completed in 1420. It was the centre of the Chinese Government for just under 500 years.

The Imperial Palace, the home of the Emperor from the Ming to the Qing Dynasty (1420 to 1912) is now a museum and one of the city’s most visited attractions as is the grand northern gate of the complex known as the Gate of Divine Might. 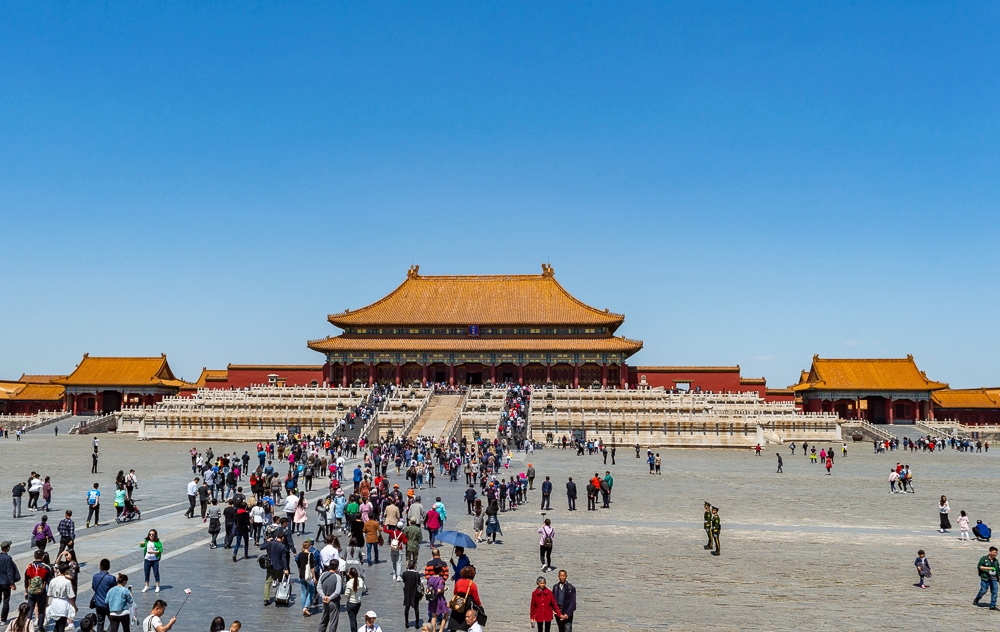 In 1974, a farmer drilling for water discovered an unusual pit. On investigating further, he found the first of a fantastic series of statues.

In 210 B.C. Empower Qin Shi Haung created thousands of terracotta warriors — an army to protect him in the afterlife.

Four pits have since been found, and excavations are ongoing to this day.  It’s estimated there are around 8,000 soldiers, over 500 horses, and 100 chariots, as well as acrobats, musicians and officials.

What makes these warriors so special is that each and every sculpture is unique. The height of the statues is a good indication of their role in this terracotta army with the tallest holding the rank of General. Many of these figures were damaged or destroyed when a section of the roof collapsed at some time in history.

There are plenty of vantage points to get a view of these ancient statues. You can also see some preserved soldiers in the on-site museum. 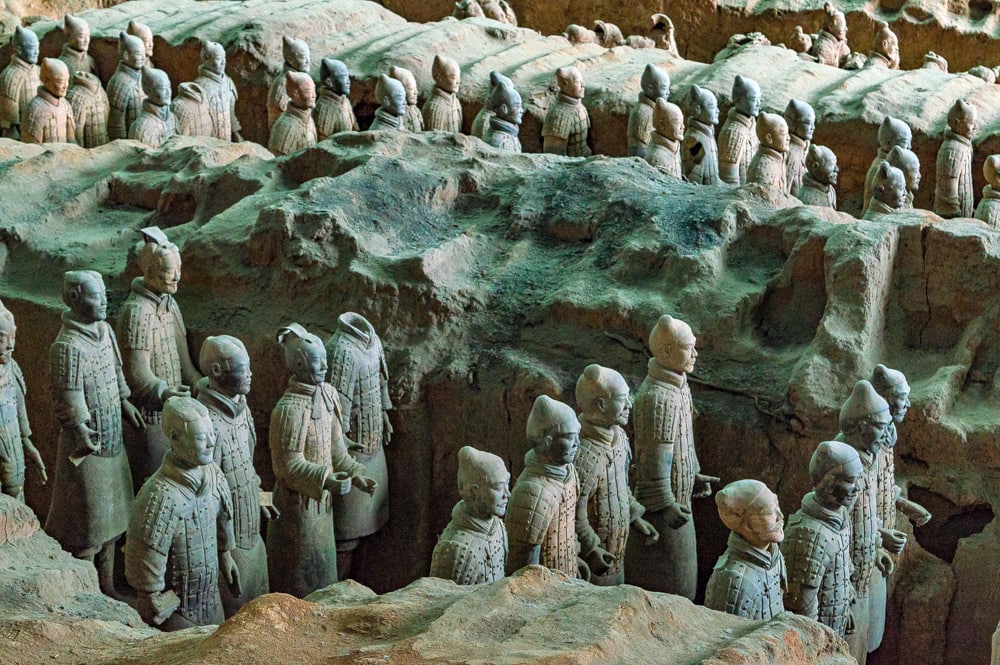 In China’s Sichuan Province sits the largest and tallest stone Buddha statue in the entire world. Unlike many others, the Giant Buddha of Leshan is carved from the sides of the mountain overlooking the Min and Dadu Rivers.

At 71 meters tall, this massive depiction of Buddha took 90 years to complete, from 713 to 803. Construction was started by the Chinese Monk Hai Tong but wasn’t completed until 70 years after his death by Jiedushi Wei Gao. The reason behind this huge statue carved from the earth was the hope of calming the rivers that lay at the giant toes of the Buddha.

This popular attraction just outside of Leshan city became a UNESCO World Heritage site in 1996. You’ll need to arrive early to beat the crowds for the best viewpoints of this unforgettable carving. 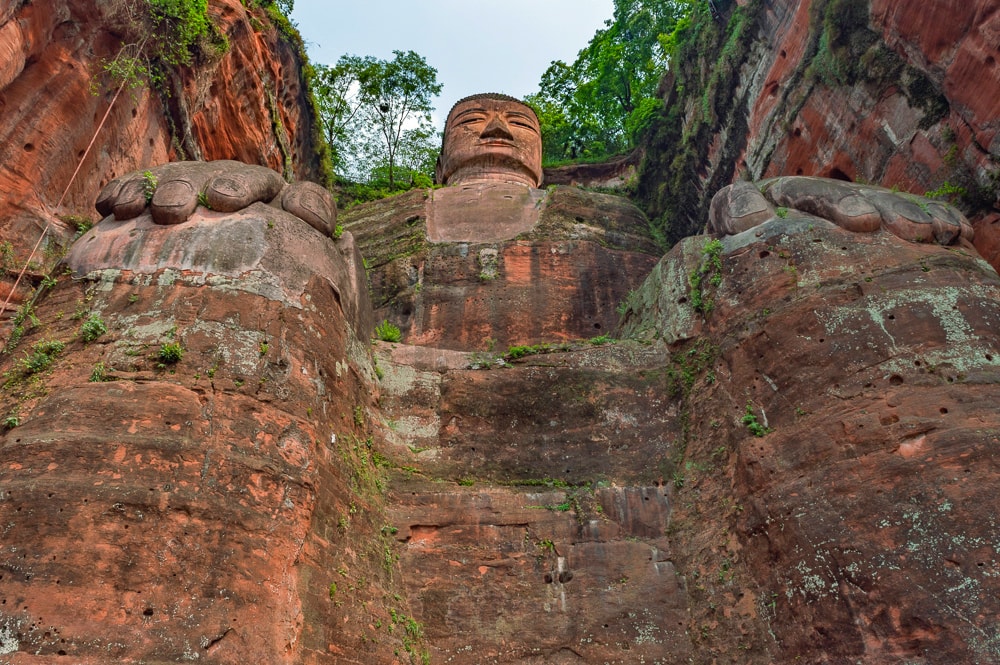 Longshen Rice Terraces are known by many names, most commonly the Dragons Backbone.

The resemblance of a dragon comes from two distinctive features. Leading from the riverside up to the mountain, from 600 to 800 meters above sea level, the terrace layers pile up on one another resembling the scales of a dragon. As you gain elevation, the ridgelines of the mountainous terrain are said to be the backbone of the sleeping dragon.

The Longshen Rice Terraces date back to around 650 years ago. Today, technology has made working on these fields much. Water was once carried by hand up these hills to flood the rice terraces. Today, electricity and water pumps take away some of the exhausting work.

The hikes around the area offer some fantastic vistas of the rolling hills with a seemingly endless ripple effect of rice terraces. 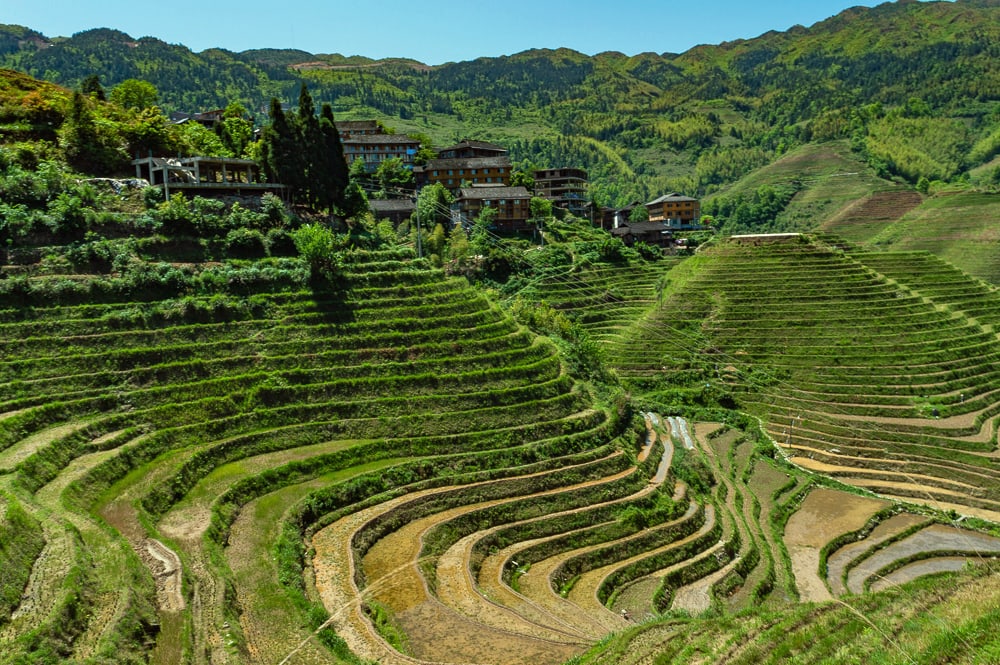 China is full of diverse sights with no end of interesting and beautiful places to visit. Whether you’re looking for challenging hikes or a cable car to take you to see views you’ll never forget, a modern or an ancient history lesson, natural wonders or manmade achievements, you won’t be disappointed.

Have you been to China? What would you add to this list of the best places to visit in China? 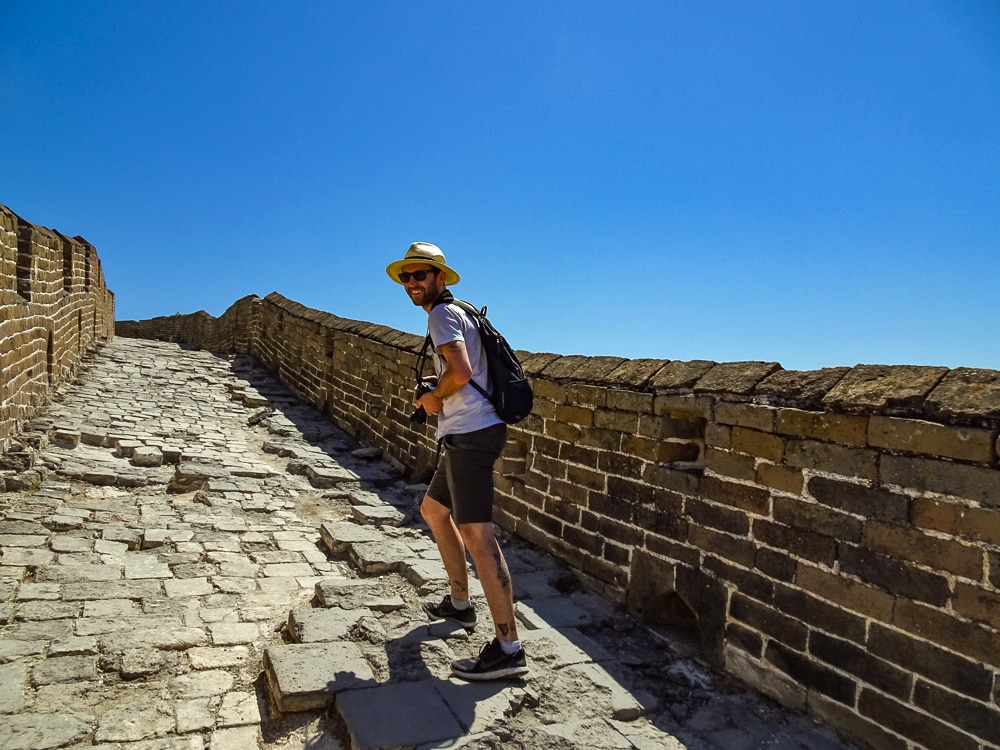 Guest post by Ben, an Australian living in Canada who has visited over 50 countries. He runs a budget travel blog, helping others find their love for travel over at horizonunknown.com

A vegetarian and vegan guide to Beijing, China

Jade and Kev from Two Tall Travellers share their guide to vegan and vegetarian restaurants in Beijing.