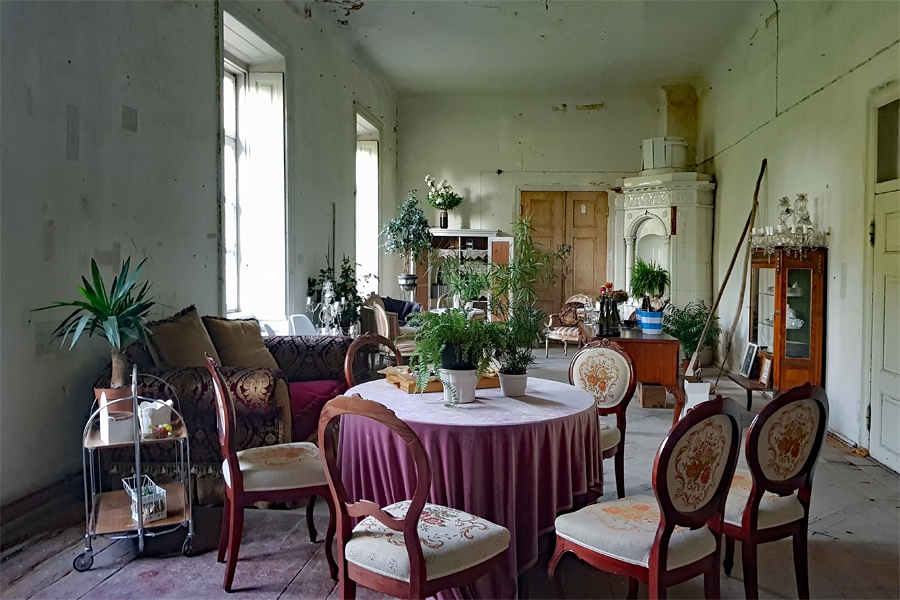 As I climb the stairs of Kabile Manor, I wonder how this grand building must once have looked. Today, the brickwork of the facade is slowly crumbling, and mere scraps of paint cling to the front door. Panes of glass are missing from the windows. As I gaze upward, I can’t shake the notion that a hand followed by a ghostly face will appear behind the net curtains at any moment. Kabile Manor looks deserted. It’s a most curious setting for a wine tasting but I’ve been promised both Latvian wine and cider so I step inside. 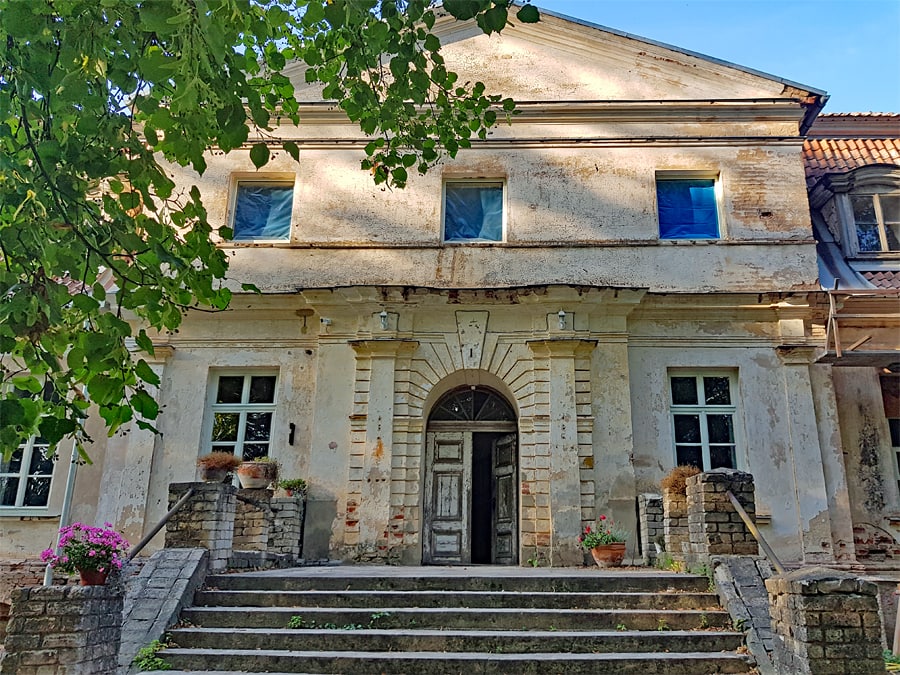 As I wander from room to room, floor to floor, what I find is sometimes shocking but far more fascinating than I would have imagined.

Heading upstairs the state of dereliction increases. Carefully avoiding the huge gaps in the floorboards, I gingerly balance myself on the wobbling bannisters. Rather refreshingly, ‘health and safety’ doesn’t seem to have reached Lativa as of yet. I walk through abandoned rooms, along dimly lit corridors and down sagging staircases. Echoes from the past seep into my soul.

In the Soviet era, the manor was home to a great many people with its own post office, library, policeman, hospital and doctor.  Faded posters cling to the walls that are devoid of wallpaper and, in the most part, even paint. Each of these small rooms was once home to a family. Bathrooms and toilets were shared. It was only 15 years ago that the last family moved out. I struggle to get my head around the shocking conditions they appear to have lived in. Was this typical of life under the Soviets, a dark fifty-year period in Latvia’s history? 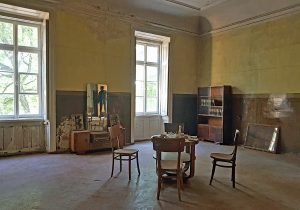 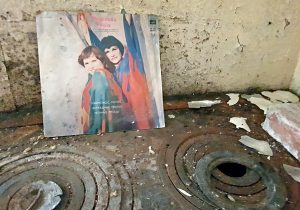 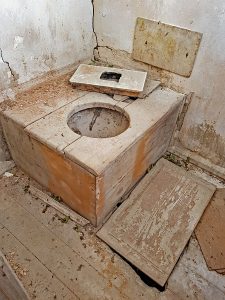 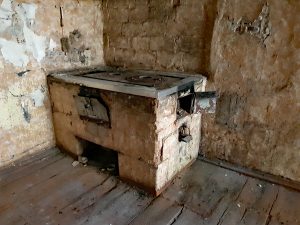 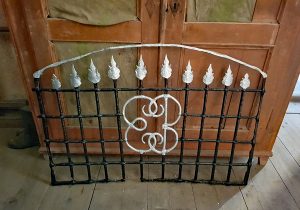 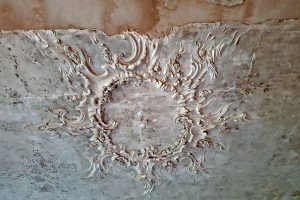 But Kabile Manor was once a glamorous abode. Built-in 1734 by Eleonora von Behr, about 75 miles west of Riga, the Baroque manor was very grand. One of the ceilings is reputedly the most beautiful in the whole of Latvia. I can see why despite the damage caused by the communists when they put in a partition wall for the post office queues. Soviet shadows still linger but slowly, one brick, one window and one wrought iron railing at a time, Kabile Manor is being restored. And it is open to visitors.

Outside in the sunshine, a restored section of the manor gives an idea of how it will look once work is finished. 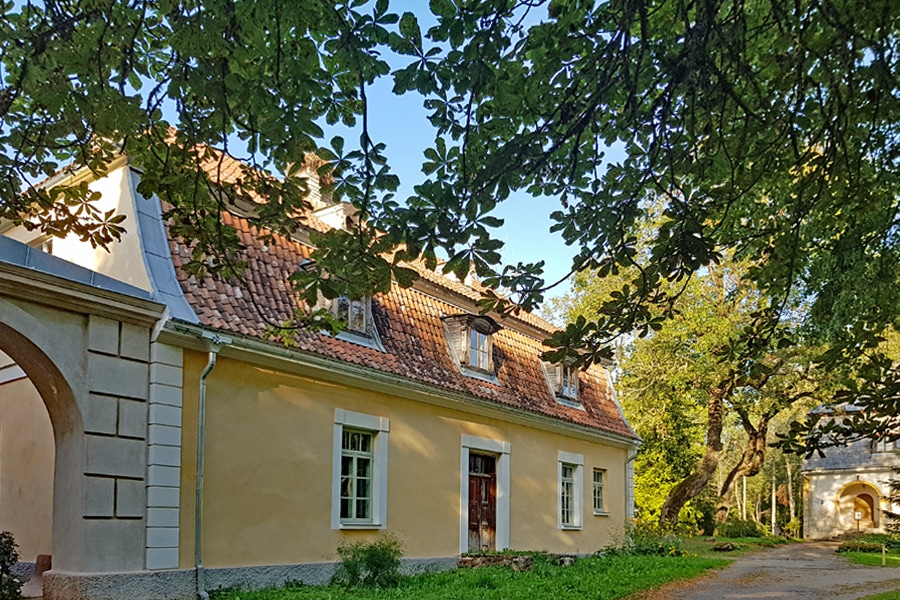 Opposite the manor, the ruins of the oldest building on the estate peep through the trees; a red brick hunting lodge built in 1693. 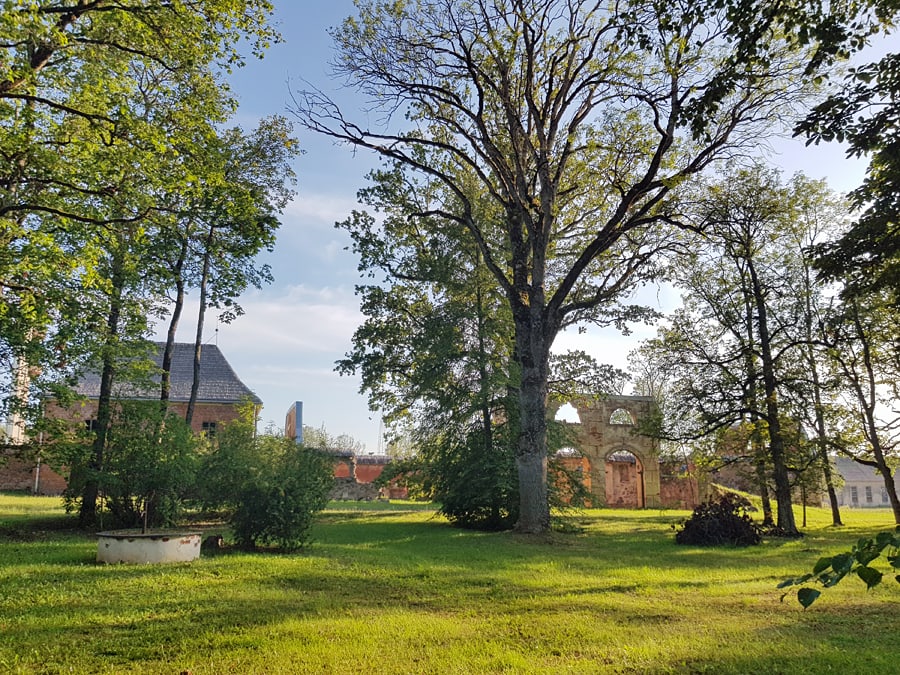 Here, amongst the peeling paint, flower pots and ferns, we tasted locally made Latvian wine and cider. The manor certainly makes the quirkiest setting for a tasting I’ve yet to encounter. Māra, marketing manager at Kabile Manor Winery explained that the restoration and winery are just the first steps of the realisation of the dreams of three friends or, more accurately, two sisters, both professional athletes, and their architect friend. They grew up together and have known each other since Māra was three years old. 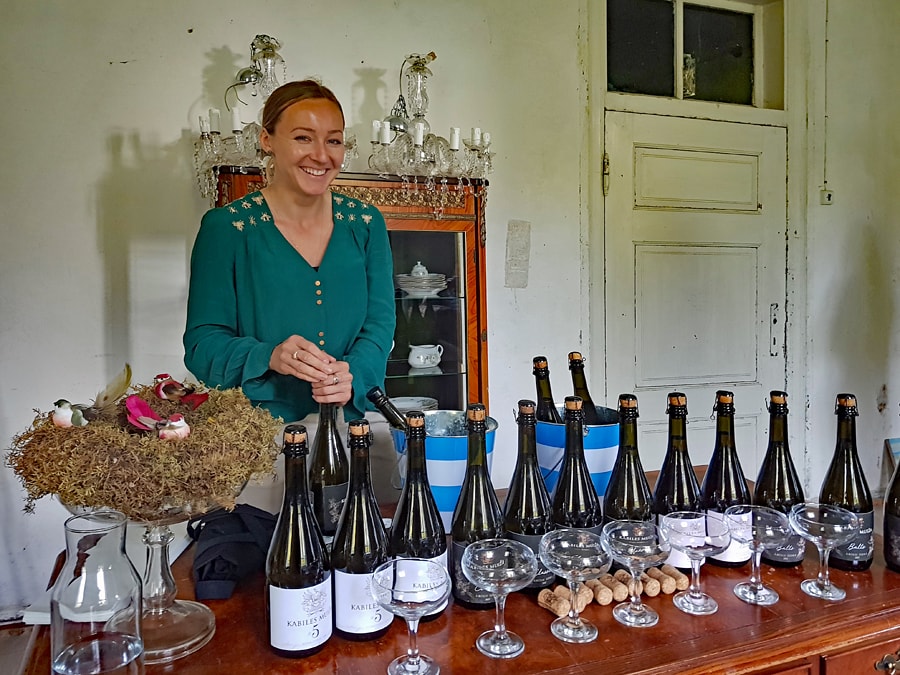 Future plans include restoring the grounds, as well as the manor, and transforming it into a hotel and restaurant. I’m pleased to hear that a small portion of the building will be left undisturbed to live on as a reminder of the past. With limited funds, it’s a slow process but Māra and her friends are determined and are all working as unpaid volunteers to make their dreams a reality. Proceeds from the wine are being put back into restoring the manor, which is listed as having monumental national significance. It’s a vast undertaking.

As soon as the project started, it caused quite a steer locally. People were delighted and showed so much interest that the manor was opened to the public far earlier than initially planned. Locals, former residents, as well as visitors from further afield like me, are all eager to visit. It was fascinating to see the manor at such an early stage in restoration. It will be just as interesting to make a return visit one day. 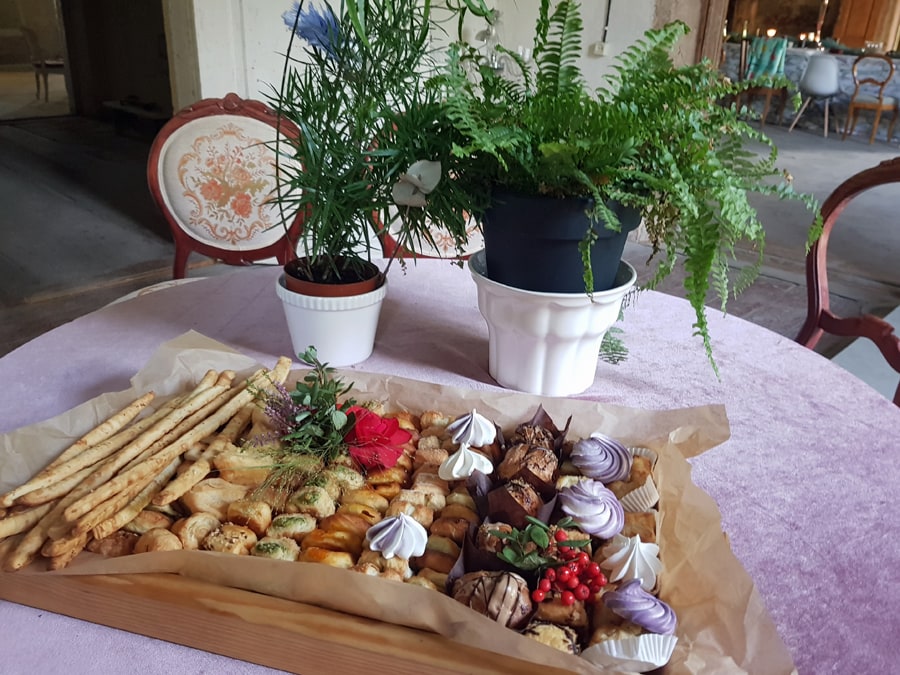 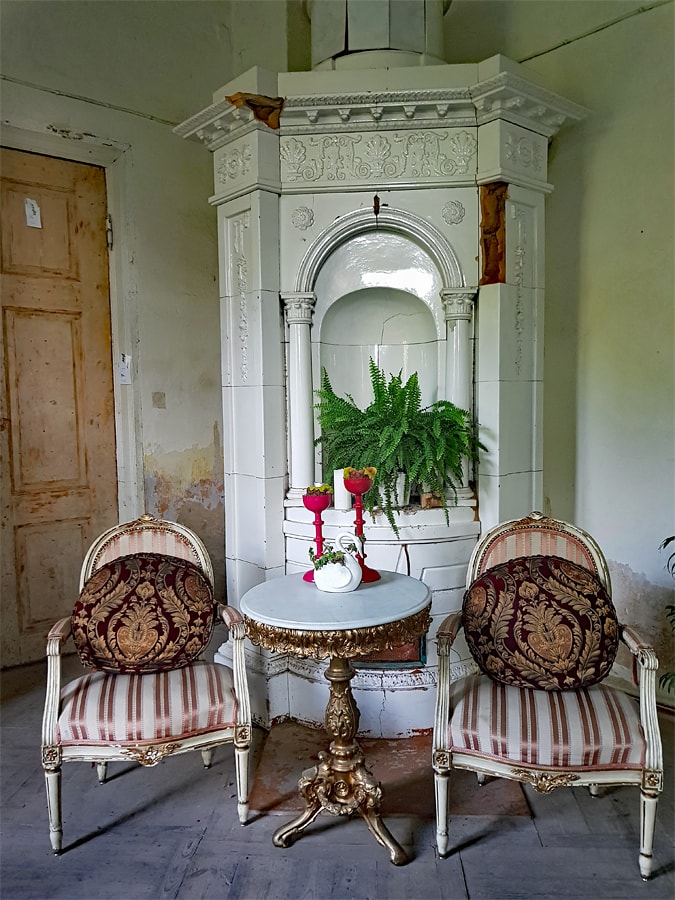 We try four from the range of Latvian wines and ciders on offer. Firstly a crisp, refreshing apple cider that would be perfect for a warm summer’s day. The second cider is very similar but with an added twist of vanilla. Next up, a particularly fine quince and apple wine. All three would pair well with fish, pork or cheese. Lastly, we try a delicately flavoured pink rhubarb wine. I don’t like rhubarb but I loved the wine.

All of Kabile Manor WInery’s wines and ciders are produced using traditional recipes and methods and made from produce grown locally in the Kurzeme region of Western Latvia. While production is currently off-site, it will soon move to the cellars of the manor. Who knew Latvian wines and ciders were so good? 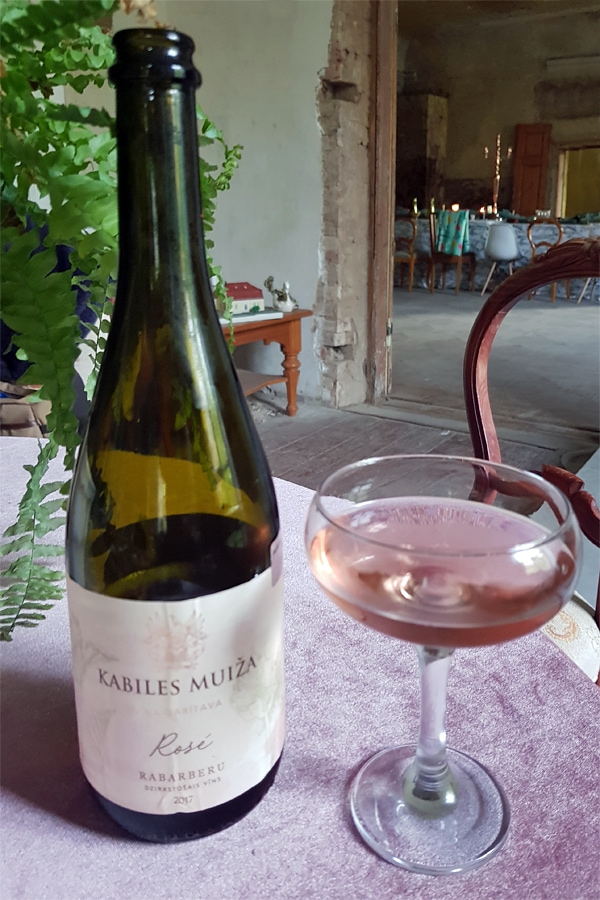 Visits to the manor and cider tastings need to be booked in advance and cost €10 per person for a minimum of six people (or €60 for a group of less than 6). For groups of over ten people, the price reduces to €7.50 each.

Tours run in English and Latvian throughout the summer and include the tasting of four ciders and wines, last two hours and can be booked via Facebook, Kabile Manor Winery.

The winery can also be hired for parties and special events.

A visit to Kabile Manor with cider and wine tasting makes a very interesting, fun and quirky not to mention tasty, day out. 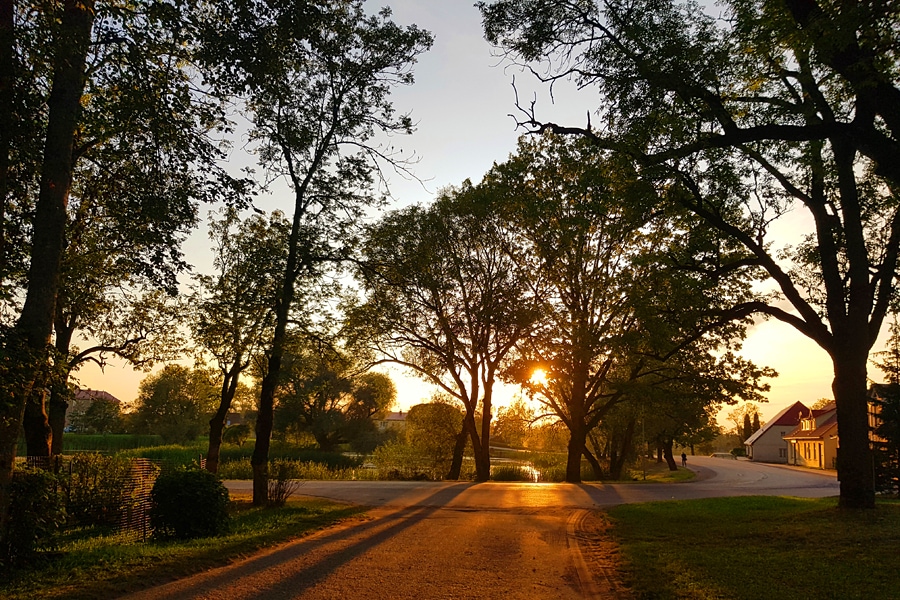 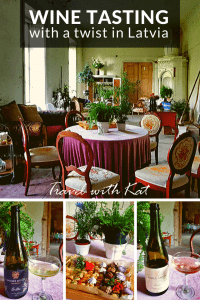 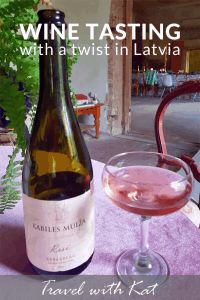 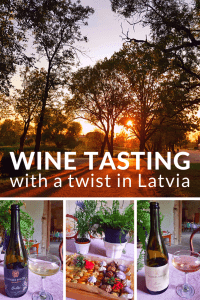