Masca, the prettiest village in Tenerife 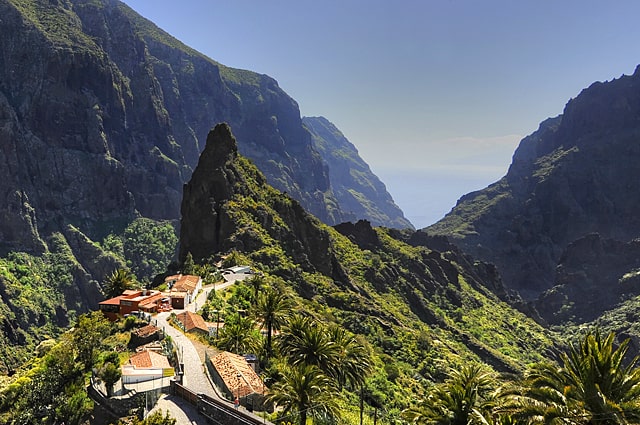 Having marvelled at the dramatic volcanic scenery of the Teide National Park on Tenerife and the lush green, cloud enshrouded forests of La Gomera, little did I know that, for me, the best was yet to come! Masca, the prettiest village in Tenerife, one of Spain‘s Canary Islands. 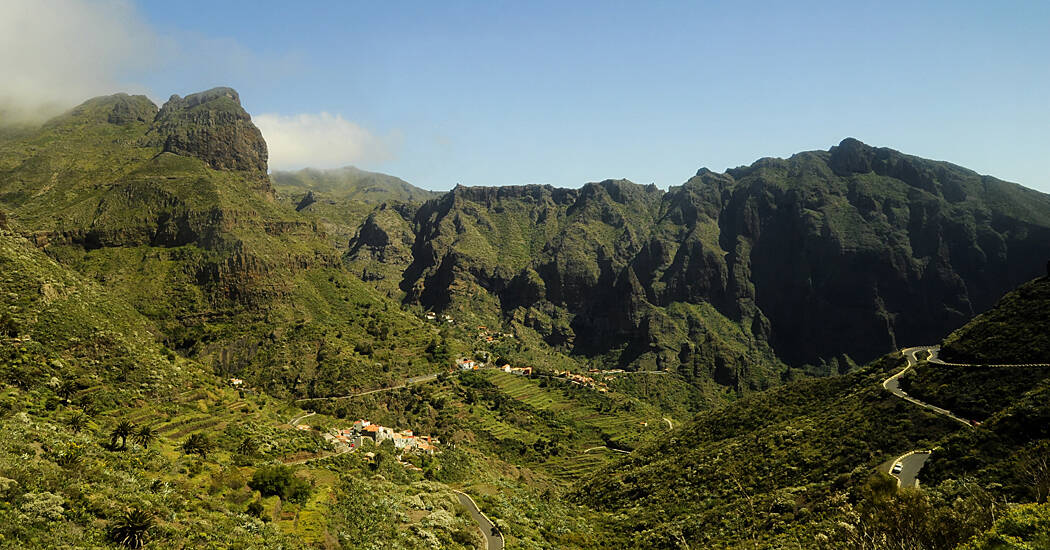 We were driving though the north-west corner of Tenerife, a much cloudier and greener part of the island than the more popular sunny but barren south. As you can see, they still get plenty of blue skies and sunshine here too and following the road that snaked up the mountain sides to the village of Masca, the scenery, bathed in bright light, became more and more magical the higher we went.

The village of Masca is home to around 100 inhabitants. Until relatively recently it was only accessible by a dirt track but there is now a narrow, twisting road with many a nerve-racking hairpin bend, connecting Masca and, a number of other small mountain villages, to Sanitago in the south and Buenavista del Norte in the north.

Considered to be the prettiest village on Tenerife, it is a popular stopping point on many coach excursions. The view from the village down the Masca Gorge is spellbinding. It is also the starting point of a spectacular, if gruelling, 3 hour hike down the gorge to the beach, where you can reward yourself with a swim in the crystal clear waters – bliss. From here you can either climb back up again (not for the faint hearted) or catch a boat to Los Gigantes, followed by a bus back to Masca. Both the boat and bus times are infrequent and should be checked carefully before setting out. You’ll find more details and some photos showing the dramatic hike on the site, Tenerife Guide. There is also an amusing account of Driving the Road to Masca on the Real Tenerife blog.

My visit to Masca was fleeting but I’d love to return one day and make that hike down through the gorge, a magnificent way to see the natural beauty of Tenerife. I couldn’t say whether this is the prettiest village but surely this has to be the most spectacular setting!

The dramatic beauty of a volcanic landscape

Situated on the Spanish island of Tenerife, Teide National Park features the Teide-Pico Viejo stratovolcano that, at 3,718 m, is...