On a mission to discover Rome’s food and wine!

Less than two week’s ago I received the nod from Expedia that I would be going to Rome as one of their guinea pigs for a new blogging initiative. Three bloggers would be looking at Rome from three different angles – Rachel, art and culture, Laura, shopping and fashion, and myself, food and wine. How could I refuse?

Although I have been to Italy many times before, I had never been to this wonderful country’s capital (apart from a flying visit for an Audioslave concert which doesn’t really count) so I was particularly excited that I would finally get to see the sights of Rome. Images of exquisite marble statues, menacing Roman gladiators and plates of spaghetti carbonara filled my mind.

Pasta on a budget by the Spanish Steps

And so, last Thursday, I hopped on a plane to Rome. After checking into my hotel, in a superb central location, just above the Spanish Steps, I was greeted by Diana from Browsing Rome. We had connected on twitter and she had kindly offered to introduce me to a couple of her favourite eateries – first stop, Pastificio. You’ll find this down Via della Croce, just off the Piazza di Spagna, surrounded by stylish restaurants and designer boutiques. If you weren’t looking for it specifically, you would probably not notice it, but here you will find a great lunchtime meal with wine for just 4 euros. A popular place for locals, you will need to arrive fairly early before they run out of just two pasta dishes that are on offer each day. When I visited one dish was gnocchi, as it was a Thursday (the day this is traditionally eaten) the other was spaghetti carbonara (a very traditional Roman dish dating back to the time of the gladiators). While this may not have been the best food I would come across in Rome it certainly was the best value. Plastic glasses and bottles of water are left out for you to help yourself from, as is a carafe of wine. A simple meal, served on plastic plates with plastic cutlery, in unassuming setting, popular with locals and perfect for lunch on a budget, in a location more known for its designer boutiques and fine dining.

The best gelato in town

As Diana well knew from following my tweets, I am very fond of gelato (who isn’t) so for dessert we headed off to Il Gelato*, off Via Tomacelli (update – this branch has now closed but details of other branches can be found at the end of this post). Tucked away in a side street, next to a small fruit and vegetable market, this too could be easily missed. However, make the effort to find it, or one of the other three branches in Rome, and you will be rewarded with over ninety flavours of artisan gelato including seventeen varieties of chocolate!

Artisan gelato at a glance

A great way to tell if the gelato is the real deal is to check the colour of the pistachio; if it’s bright green it was probably made from a powdered mix. Equally dubious, is finding a flavour on offer out of season, such as strawberry in winter! At Il Gelato the pistachio is a pale brown,with just a hint of green, and all the gelato is made from only the best and freshest ingredients. You’ll find some surprisingly good savoury flavours too such as toasted sesame seed, which is grey and visually unappealing but actually very popular. Other unfamiliar flavours included salted peanut, red pepper and celery, but, on my mission to find the best chocolate gelato in Italy, I couldn’t resist 100% manjari chocolate (made with Madagascan beans) with zabione (an Italian dessert made with egg yolks, sugar and sweet wine) a sublime combination!
Thank you Ana from Mrs O Around the World for introducing me to Diana.
Thank you Diana from Browsing Rome for the perfect start to a really amazing long weekend (and I can assure you there are plenty more treats yet to come!)
Lastly, thank you to Expedia for giving me this wonderful opportunity to discover Rome’s food and wine. 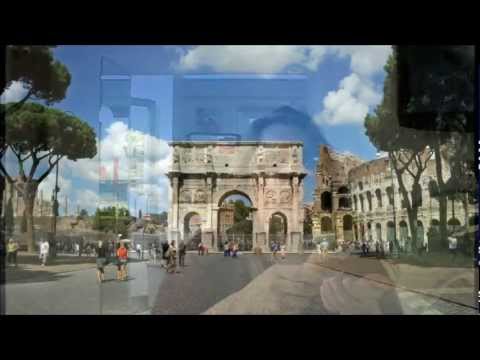 If you can’t get enough of all things Italian before my next post do check out my fellow travel bloggers’ sites – Rachel, The Nothernist and Laura, Explore du Jour who has already written some wonderful articles about our long September weekend in Rome.

Here’s a link to my map of Rome, showing all my favourite locations including Pastificio and Il Gelato.

Going solo in Rome
How did I find travelling on my own in Rome plus a few handy tips.

Roman pizza and peaches in red wine
Learning to cook pizza in Rome including the recipe plus a simple dessert of peaches drenched in red wine.

The authentic taste of Rome!
Join me on a wonderful food tour of Rome including the oldest market, numerous tastings and where to find the best coffee and the best food souvenirs.

Pairing Italian Wine and Food
Learn the basics of wine tasting and pairing food and wine.