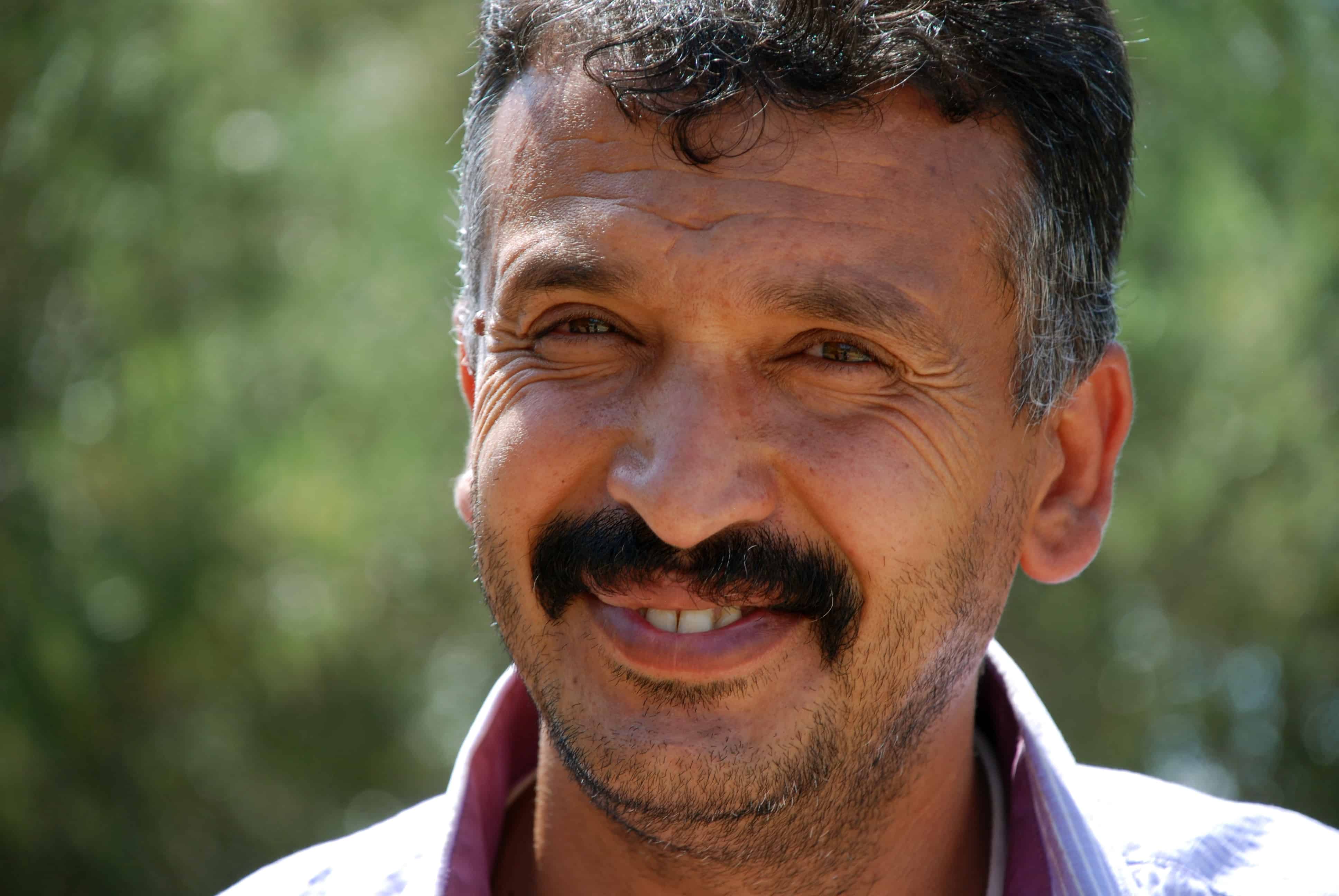 Following on from my previous post about the fascinating evening Cooking Palestine, I’d like tell you more about one of the guests that night, a Palestinian farmer.

Abu’s story has a troubled past but a clear and hopeful future thanks to Fair Trade. As a young man he studied English Literature then worked as a teacher until he was arrested for political activism. “When I came out of prison I was broken and that is when I started working the land.” says Abu

Olive farming in Palestine, as in many other countries, is not just about money, it’s about heritage. Abu explained how farmers inherit land from their parents and in many cases the olive trees can be over a thousand years old, even dating back to Roman times. Yet the Palestinian farmers have seen thousands of their trees uprooted and destroyed by Israeli settlers. I can’t begin to imagine how it must feel to see your inheritance, your heritage and the legacy you wanted to leave to your children, torn apart in this manner. Add to this restrictions on movement, trade and the digging of wells, understandably, many farmers gave up, while others were forced to sell their olive oil at very low prices.

Abu was on the verge of giving in too when Canaan Fair Trade came to his community saying they thought they could sell their olive oil at twice the price they were then receiving. 6 months later 40 farmers, including Abu, came together and were told that a market for their oil had been found and they would be able to sell it at the promised price.

Abu once again cared for his land and production increased. He could now afford to build the bigger home his large family needed and to send his children to university. Today nine members of his family directly benefit from his farm. They all help on the farm, even his 93 year old mother.

“Last year when we had our olive harvest festival, I met a woman from England who buys my olive oil. I could almost fly from joy! I felt so amazed and inspired, how a farmer like me can have a relationship with someone from so far away because of olive oil, something we have been producing in our homes for many years. I could have never imagined this in a million years. It was one of the greatest moments of my life.” Abu explains about the benefits of being a Fair Trade farmer “..feeling like you are treated as a human being, not as an invisible machine that makes food for invisible people. Fair Trade makes me feel free and trusted to make something really good not just from my land but also for my life.”

It was a pleasure to meet Abu and I couldn’t resist buying some of his olive oil. It has a deliciously distinctive taste and I particularly enjoy it drizzled over salad with a little balsamic vinegar. I also bought a jar of  Za’atar, a tasty, warming Palestinian mix of thyme, toasted sesame seeds and sumac, traditionally eaten with bread dipped in olive oil; I’ve also found it adds a tasty twist to omelettes.