My grandparents married in Hong Kong in 1927 (which was a British colony until 1997) and then continued the journey together to Shanghai.

In some ways it was very much like a European city with many buildings such as the houses, schools and churches, all built in keeping with European styles and standards. Never-the-less in many other ways it would have been so very different from life in England. How exciting it must have been to arrive in such a far-away place and discover a whole new world. 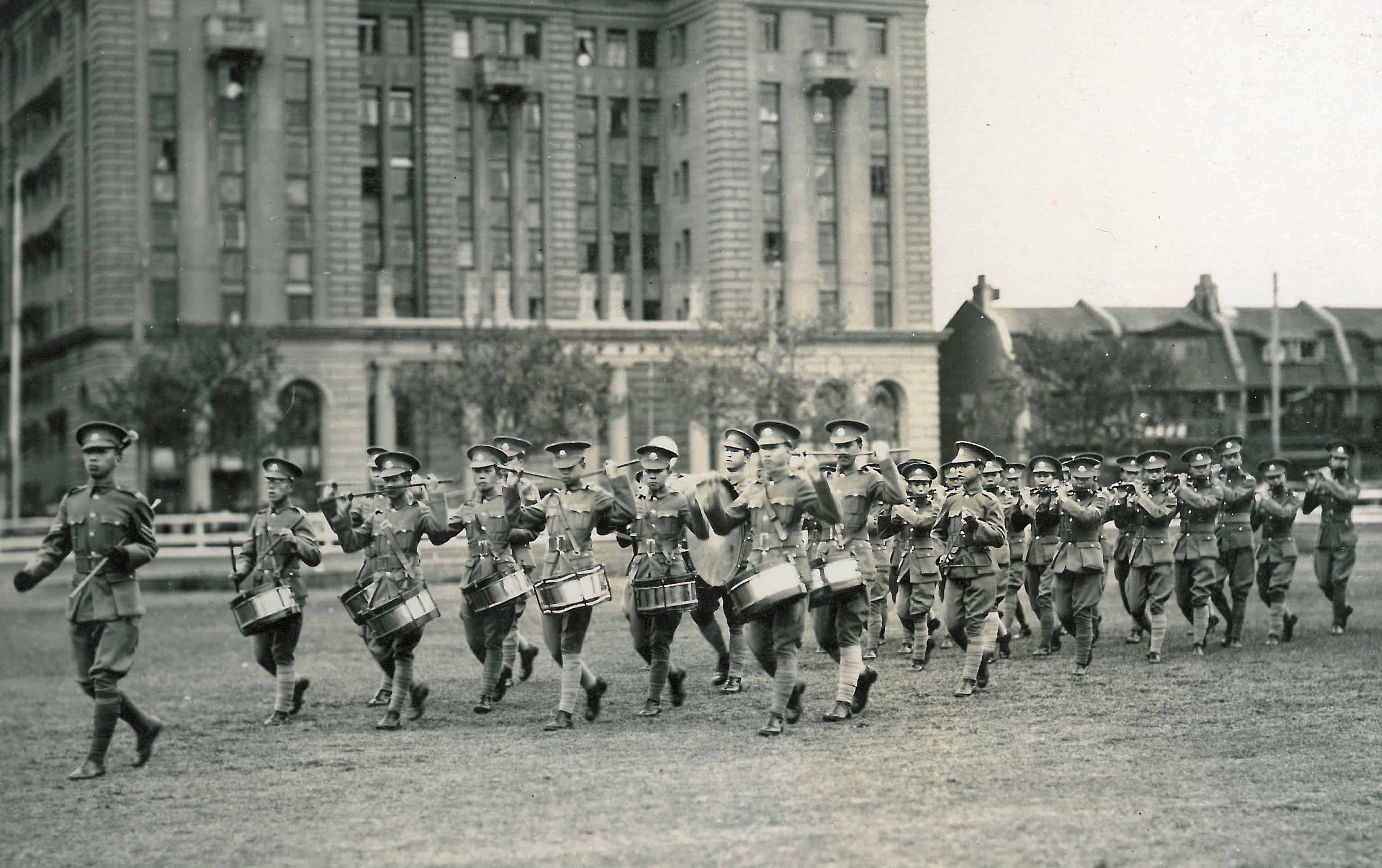 While Grandfather’s teaching post was with a school for Chinese children run by the Shanghai municipal government where he became the deputy headmaster, Grannie worked as a teacher in a nursery school for English children.

“Anyone for tennis?”
My grandmother in the 1930s

I’m sure, as a vivacious, beautiful young woman, she threw herself whole heartedly into enjoying the expat life! She no doubt relished the freedom from her strict parents. I believe it was the romance of life in Shanghai that attracted her as much as my grandfather and as Europeans living in Shanghai they were welcome among the social élite.

In 1929 my father was born. It was the custom for expectant mothers to deliver their babies in Hong Kong but my grandmother refused to go so my Dad was born in China, which presumably meant he was a Chinese citizen. (So am I half Chinese?!)

My father with his Amah

Father had an ‘amah’ or nurse who looked after him. My grandmother used to tell me how she’d tell his amah off for feeding him street food. He once caught dysentery and very nearly died but he eventually pulled through and regained his health.

Whenever Grannie stayed with us, or us with her, she would always have an afternoon nap. We’d nag Mum and Dad until they’d let us go up and wake her. Then we’d sit on the bed while she’d tell us another story. I dearly wish I had spoken to her more about her life when I was a little older and written it all down. One of her stories was of when she was on holiday and how she used to haggle every day with the same shop keeper over a pair of vases she wanted. They were made of brass and had the most beautiful bird with a long flowing tail engraved in each of them, inlaid in various shades of gold and silver. On the last day of her holiday she finally bought them for a fraction of the price originally requested. They would now be worth a lot of money if she hadn’t repeatedly polished them, wearing away the precious metal inlay. I still have one of them in my living room. If you polish it the bird almost completely disappears but if you leave it to tarnish the colours re-emerge and it is still very beautiful.

My father in his Cathedral School cap

My grandparents lived in Bubbling Well Road (now West Nanjing Road) which ran through the centre of Shanghai. Like Ballard, author of Empire of the Sun, my father went to the Cathedral School. One morning, many years later, he was sitting in bed, reading his Sunday paper, when he recognised his old school uniform pictured in an article about Ballard’s book being made in to a film. What memories that must have brought back. Now 83 years old, he has seldom talked about growing up in Shanghai but one Sunday afternoon in May, we sat down together in my parents’ living room and he told me many wonderful memories about his childhood. I also discovered for the first time what my father had tried to forget.