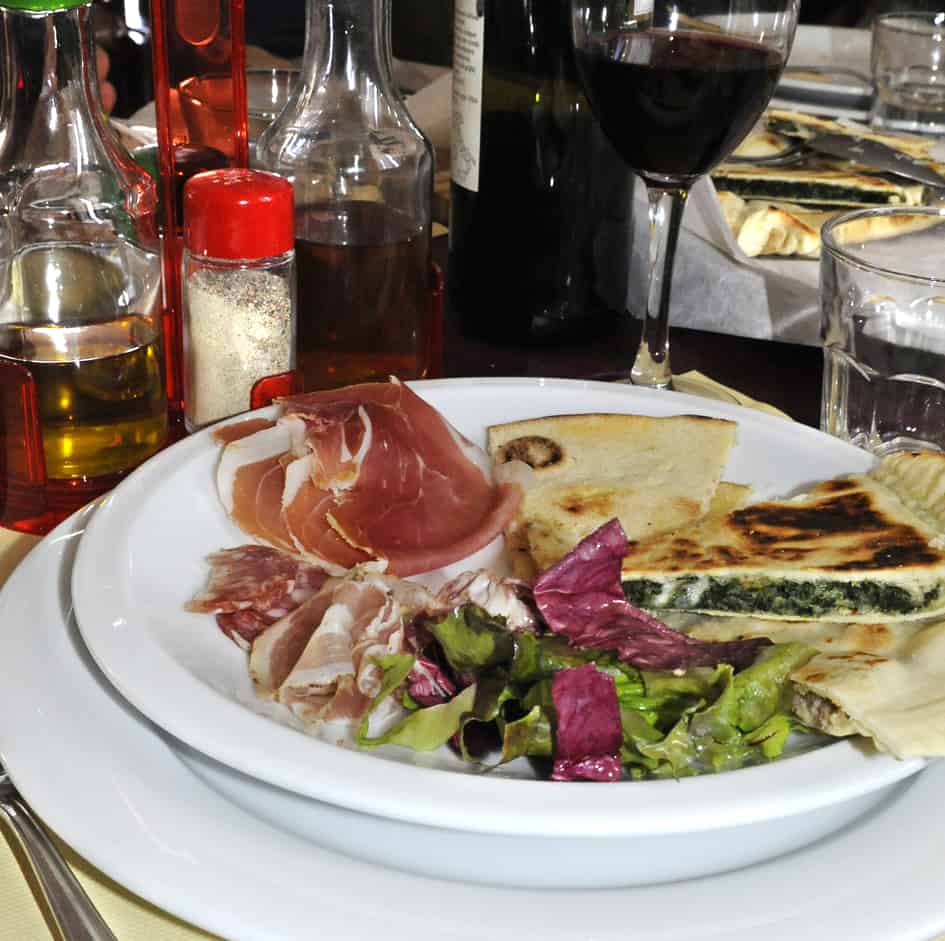 Last month I had the chance to spend a day exploring the countryside (and cuisine) of the Rimini hinterland, thanks to the Emilia-Romagna tourist board. I had never been to this part of Italy before and it was fantastic to discover such beautiful scenery. It is a little wilder and more rugged than the gently, rolling hills of its more famous neighbour, Tuscany.

The Culinary Heart of Italy

As well as many wonderful ancient towns and villages and stunning medieval cities plus some breath-taking scenery, Emilia-Romagna is the culinary heart of Italy. It is the birthplace of numerous pasta’s including the tortellini of Bologna and many other well-known specialities such prosciutto di Parma and Modena’s balsamic vinegar, to name but two. Rimini, itself, is home to the ancient flatbread piadina, which dates back to the Romans and is just as popular now as it was then being found in homes, restaurants and street stalls throughout the region.

During our day out in the hills of Rimini we were treated to a cookery lesson at a delightful inn, Locanda di Onferno, near the little village of Gemmano, making crescione, a type of the piadina with their superb chef, Maria.

How piadina is made varies a little from town to town, village to village and home to home but we were shown a traditional recipe with a healthy twist in that the lard that is found in an authentic list of ingredients was replaced with olive oil. At this inn they use an old variety of sweet red wheat called Gentil Rosso, which grows in the hills of  Montefetro, to make the flour used.
Course Main Course, Street Food
Cuisine Italian
Prep Time 30 minutes
Cook Time 5 minutes
Total Time 35 minutes
Servings 10
Calories 646kcal
Author Locanda di Onferno

Please note that the nutritional values are for the piadina without any fillings. Local Variations How thick the piadina should be varies depending on where you are in Emilia Romagna, in some places it should be so thin that it is almost translucent. Some use milk instead of water and another variation uses part water and part white wine. You can also add a little honey to give the piadina an amber hue. Fillings Traditional piadina fillings include cold cuts such as prosciutto di Parma or salami with salad leaves such as rocket, local Romagna cheeses or grilled vegetables. In more recent times they are also served with sweet fillings such as Nutella. My crescione was stuffed with a delicious local sausage meat and herbs.
Share
Tweet
Pin
Share
Flip
Buffer
Share