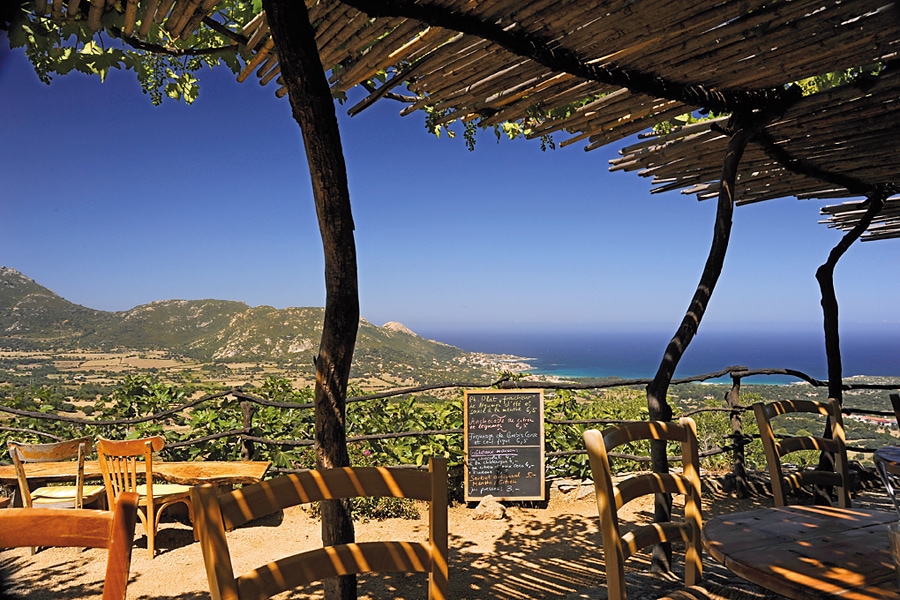 As I gaze down across the hillside dotted with ancient olive trees amongst the fragrant herbs of the evergreen maquis, the deep blue Mediterranean sea sparkles in the sunlight. Today I’m off to photograph the pretty hilltop village of Pigna in Corsica. I am particularly looking forward to it, as I have fond memories of this charming village from a holiday on the island many years ago. I wonder if it will have changed much.

My friend drops me off just outside the village, and as I stroll through the cobbled alleyways, I soon realise, to my delight, that nothing much has changed. 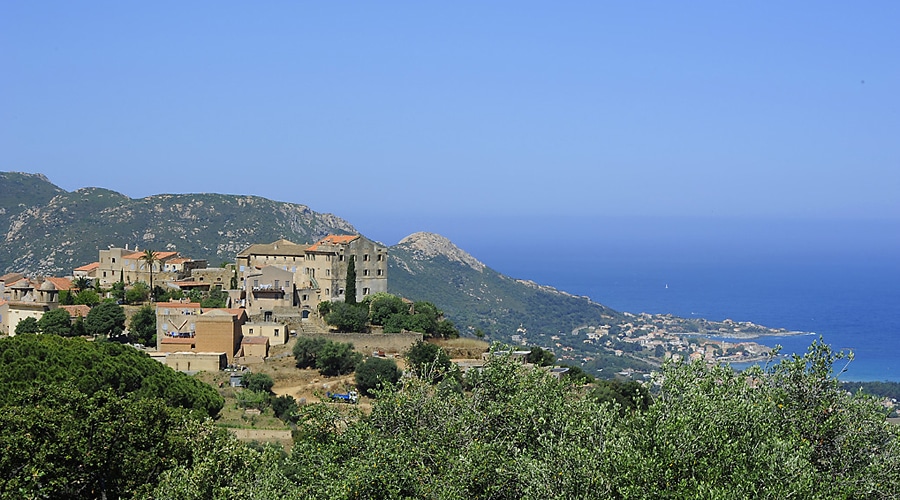 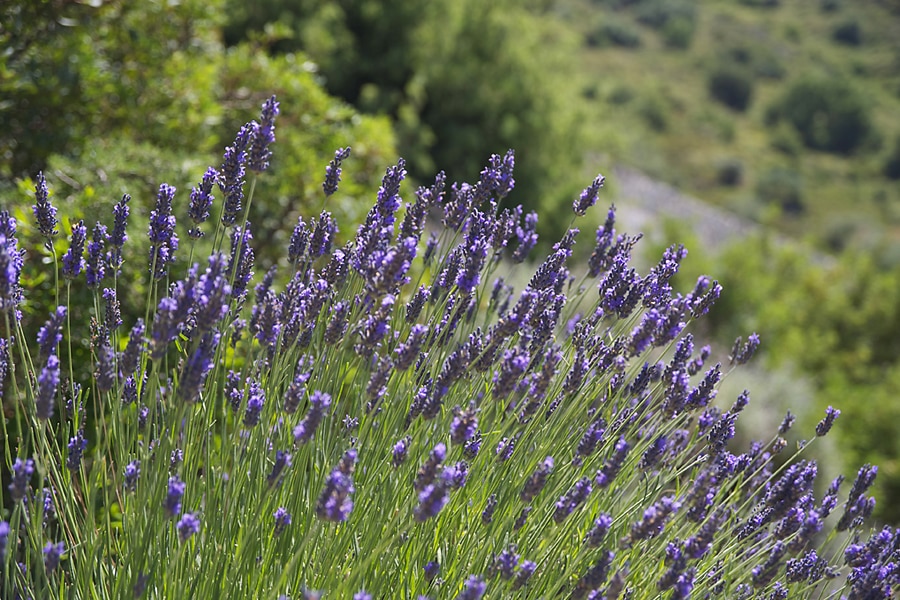 The blue shutters of every building echo the blues of the sky and the sea beyond. The rooftops are all terracotta tiles. This view must have remained the same for a great many years. Hundreds of years, I’d guess. The village can date its history to the 9th century when Lieutenant Consalvo, who was sent here by the Pope to free Corsica from the Saracens, built a tower and called it Pigna, after the region of Rome where he lived.

Craft workshops abound, and their goods are all for sale. As I turn each corner, I find another enchanting shop – glass blowing, pottery, musical boxes. 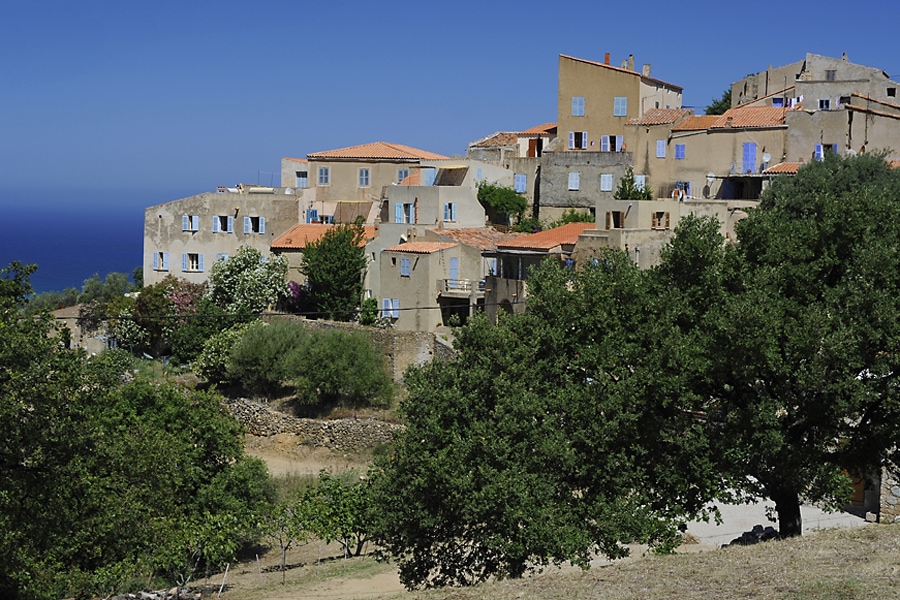 Stopping for a cup of coffee in A Casarella, I am delighted that the view (featured image) is just as stunning and the staff as friendly, as I remember from my previous visit. This popular restaurant can get very busy, especially in the height of summer, so I book a table for lunch before heading off to explore the rest of the village. 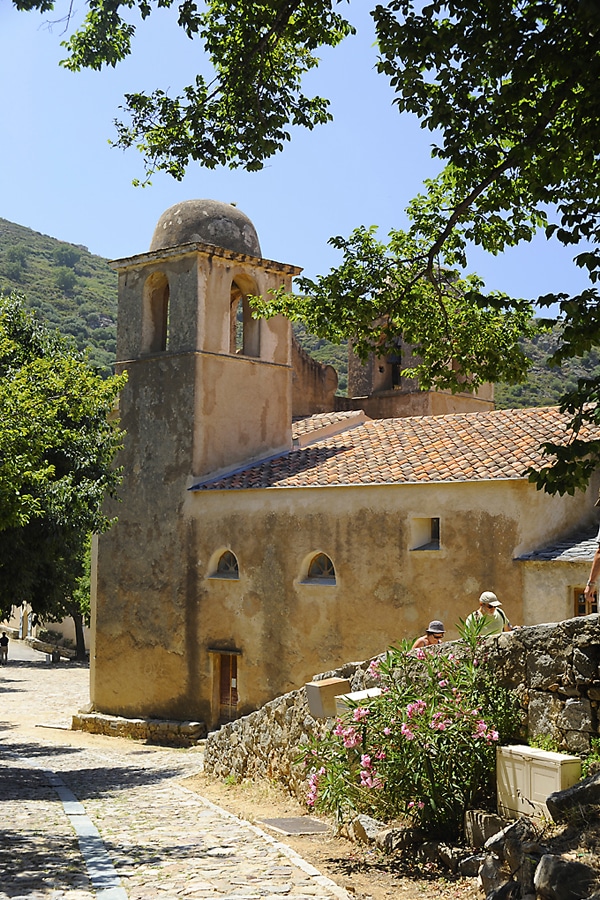 The story of Pigna could have been so different. It is only thanks to a government initiative that the village was saved. As work grew scarce in these ancient villages, people moved away to the seaside towns and cities. To revive the dying community, grants were offered to craftspeople and artists to move to Pigna and open up workshops, open to the public to visit. Today, the narrow, cobbled alleyways are full of such craft shops. It’s an utterly enchanting village to explore, and you never know what you’ll find around the next corner, Virginie’s stunning glass jewellery, Ugo’s medieval stringed instruments or a glimpse of the hillside and the glistening Mediterranean Sea.

Other villages have copied this model, and there is now a fabulous Artisan Trail that you can follow through the Balagne hills. Many of the workshops close in the early afternoon, reopening about 4 pm until around 7 pm or 8 pm. You’ll find a list of artisans, their location and opening times here, Strada di l’Artigiani website. There is also an interactive map but not all the artisans are included. You can also pick up a leaflet with the route from any tourist office.

There’s also a strong musical tradition in Pigna, and some fabulous concerts are held here in the summer in a purpose-built auditorium made using traditional building techniques. The Festivoce festival in July celebrates traditional Corsican polyphonic singing, dance and theatre. 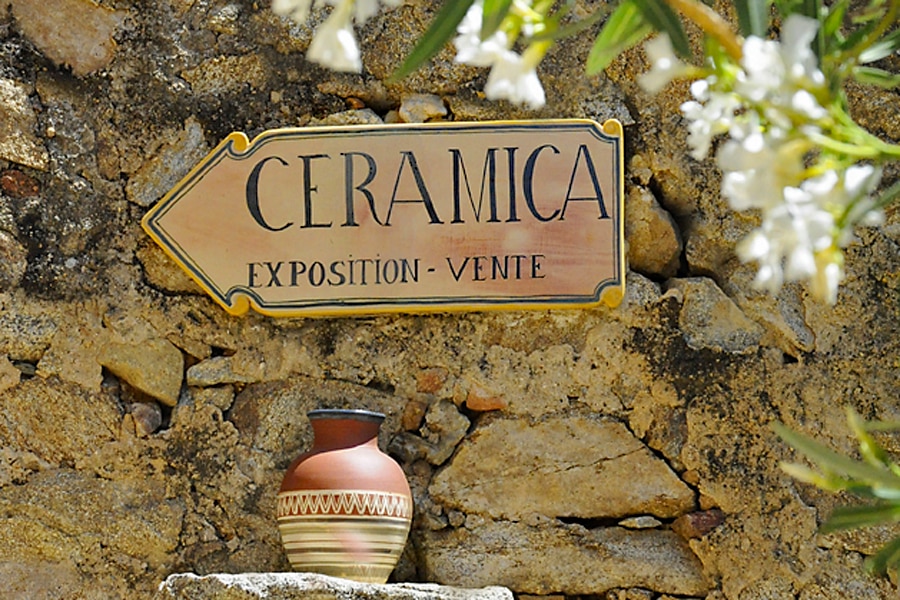 On returning to A Casarella for lunch, it is indeed busy, and I am shown to a separate part of the terrace. For a while, I have this lovely hillside garden all to myself. I sip a cool Pietra (a rather good Corsican beer flavoured with chestnuts) and tuck into a smooth, creamy Corsican sheep’s cheese, a tasty pâté and the most delicious fig jam with bread. Gazing down across the hillside to Algajola I think how lucky I am to be back here again. 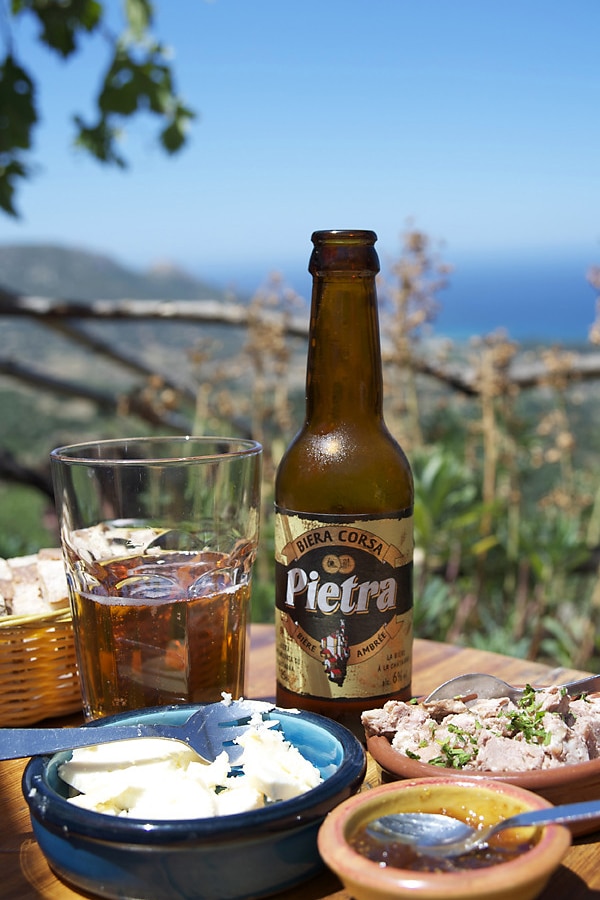 A beautiful swallowtail butterfly flutters around the flowers by my table, but it is long gone before I have a chance to get my camera.

The owner, Barbara, tells me that her husband opened the restaurant 13 years ago. It is their philosophy to treat their customers and the environment with respect. They only use local produce that’s, where ever possible, organic. The pâté, as is all the cured meat and sausages, are from free-roaming mountain pigs. And very delicious it was too!

All too soon it is time to go… new villages to discover!

How to get to Pigna, Corsica

Pigna is in the hills above the coastal village of Algajola which lies between the seaside towns of Calvi and L’Ile Rouse. It’s about a half-hour drive from Calvi, and about 15 minutes from L’Ile Rousse by car.

There is a car park just outside the village, and you must stop here as no cars are allowed beyond this point. There’s a small charge at the car park.

Where to stay in Pigna, Corsica

There are two hotels in Pigna, the music-themed stone guest house Casa Musicale, and the 18th century, Palazzu Pigna, a stone palace now a 3-star hotel. Both have stunning views down to the sea and good reputations. 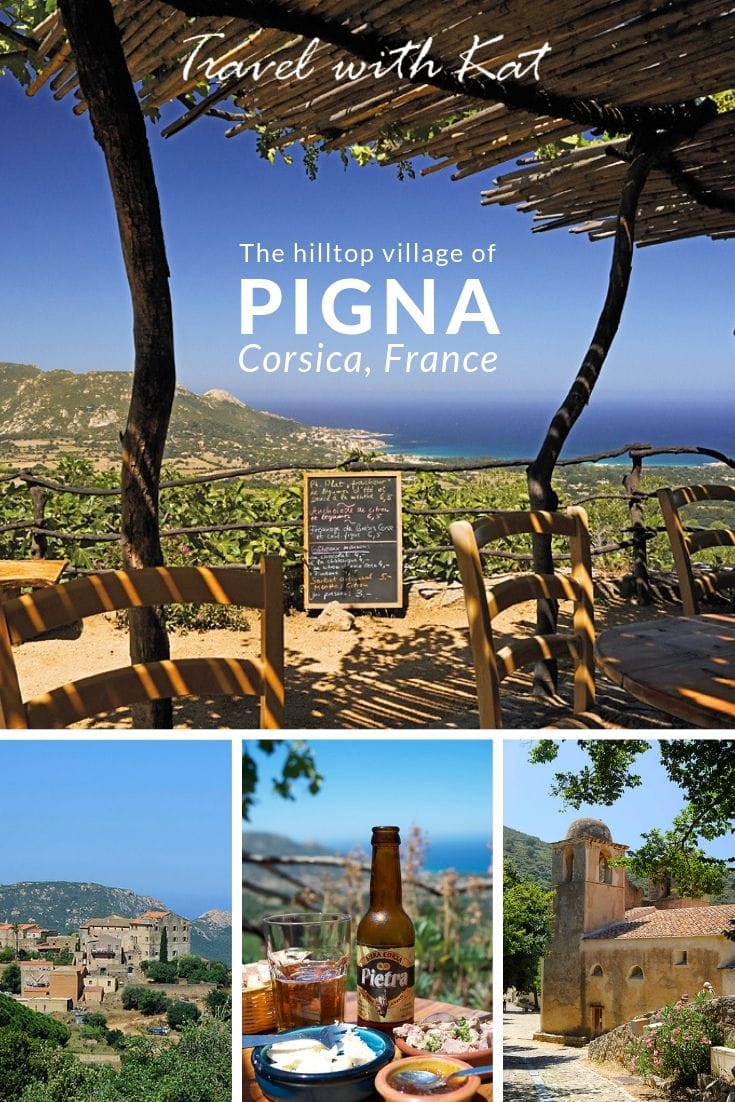