Put some music in your food 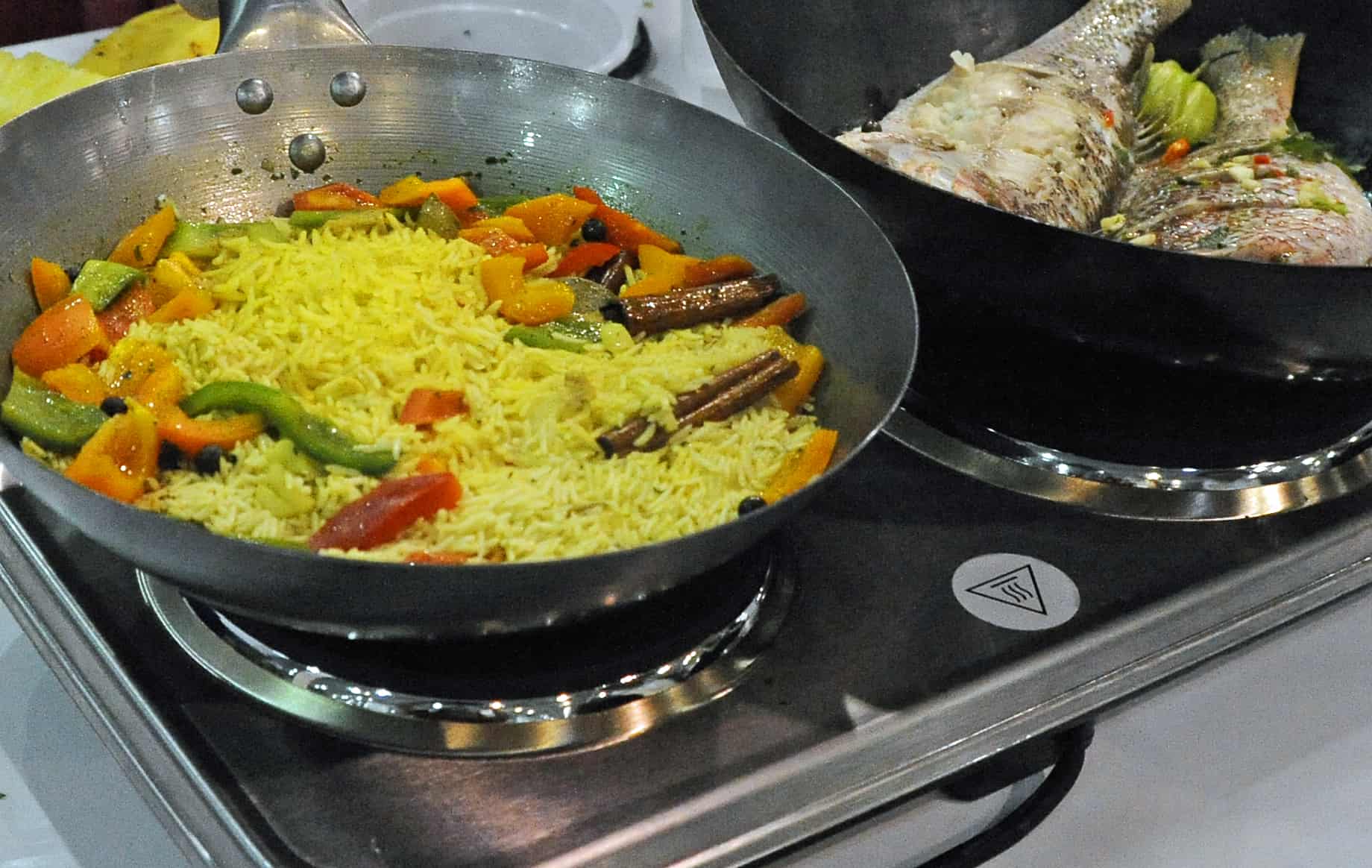 Levi Roots, creator of the popular ‘Reggae, Reggae Sauce’, is well known in England as a celebrity chef, musician and dragon slayer following his appearance on BBC’s Dragons Den. When I saw that he was speaking at Destinations Holiday and Travel Show I jumped at the chance to meet him in person for an interview.

I was interested to know about Levi’s childhood in Jamaica and his experience of moving thousands of miles across the Atlantic Ocean to England.

Levi was born in Clarendon in Jamaica and he described an idyllic childhood growing up in the countryside, playing in the forest and fishing in the streams. He was the youngest child of a large family and his parents moved to Brixton, England when he was just 6 years old in the hope of making a better life. One by one each child was sent for but Levi, or Keith as he was known then, gave little thought to where his siblings were going as each one left. To him it just meant that there was more room in the bed!

As he was growing up he spent a lot of time with his grandmother in the kitchen. Much of the cooking was done outside using fresh fruits picked straight from the garden. It is the use of fruit in savoury dishes together with pimento berries (allspice), which add flavour as well as heat, that gives Caribbean cuisine its unique taste. Food was very much a community event. Often 10 or 20 friends and neighbours would gather in their home with everyone contributing to the meal in some way.

Levi loved listening to his grandmother singing as she cooked. She had a wonderful voice, as did his mother and indeed his grandfather. The songs that he heard in the home and in church travelled with him when at the age of 12 it was his turn to move to England. As each child had been sent for a suitcase had arrived from their parents with a suit and other travel supplies. When Levi’s suitcase appeared he thought for the first time about whether he would ever see his grandmother again but he still gave little thought to where he was going.

Adjusting to life in England was hard and he had to re-build a relationship with his parents. He arrived not being able to read or write, having never been to school, and his strict father was furious. The only subjects that interested Levi were drama and music and he learned little else at school but his mother tutored him each evening and it was thanks to her that he gained an education.

Upon leaving school he tried various jobs but was always drawn back to music. This career took him all over the world but the highlight was being nominated for a MOBO award. Levi told me that this was particularly important to him as it is the public that votes for these awards rather than the music industry. Singing ‘Happy Birthday’ to Nelson Mandela during his visit to Brixton was another memorable moment in his life.

Alongside his singing career Levi combined his love of music and Caribbean food, selling jerk chicken once a year at the Notting Hill Carnival from his ‘Rasta’raunt’ and no doubt singing to many of the customers.

Caribbean food is a wonderful fusion of cuisine with influences from Africa, France, Holland and Spain amongst others and Levi loves promoting cookery from his homeland. The ideal opportunity came when he was asked to appear on Dragon’s Den and although his children begged him not to, fearing the dragon’s wrath, he went ahead, sang about his Reggae, Reggae Sauce to the dragons and successfully secured the backing that allowed him to launch his spicy Caribbean sauce and subsequent range of foods nationally. Levi’s wonderful sauce coupled with his charismatic personality and his fresh approach to promoting his food ensured the brands success.

Reggae, Reggae Food is now available internationally and a few months ago Levi was proud to return to his homeland, Jamaica to launch it there. In the coming months it will also be reaching Canada and as well as Japan later in the year.

Levi has recently published his fifth cook book ‘Sweet’ and with his delicious new soft drinks range you can now ‘Put some music in your glass’ as well as on your plate!

I’d love to hear from any of you outside of the UK. Can you buy Reggae, Reggae Sauce where you live? Have you tried it? I love it and sometimes if I’m in a hurry (which is all too often these days) I simply stir-fry some vegetables with some chicken or prawns and add a bit of Reggae, Reggae cooking sauce. It’s delicious!