Flash, Bang, Wallop, Half a Sixpence Transfers to the West End 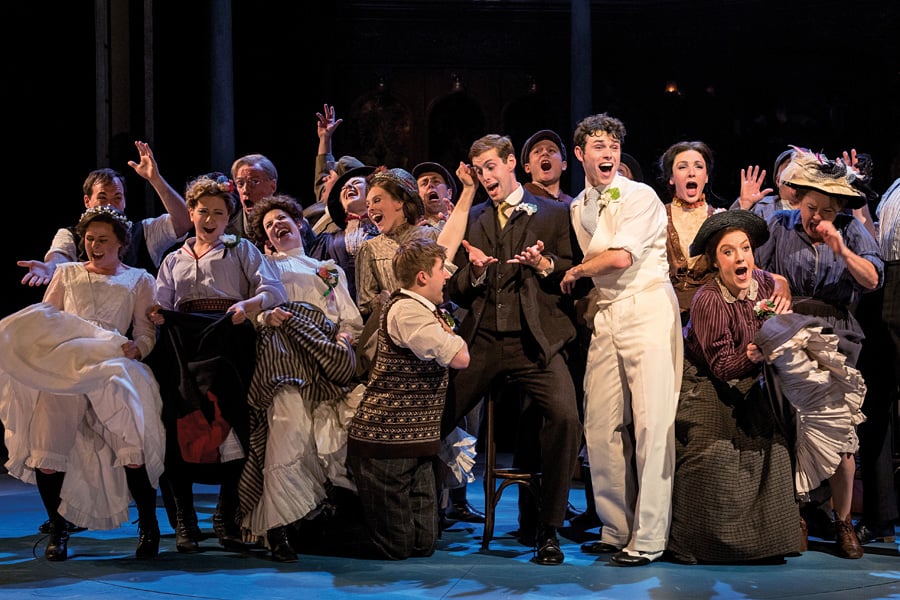 As the first few notes of the banjo rang out across the auditorium, a grin began to spread across face. My mum leant over and whispered, “I already know I’m going to love it!”, mirroring my own thoughts precisely. Over the next few hours I sat smiling like a Cheshire cat, thoroughly engrossed in the wonderful world of Half a Sixpence. And I’m delighted to say that, following its record-breaking run in Chichester that I was so lucky to see, it is transferring to London’s Noël Coward Theatre, later this month. 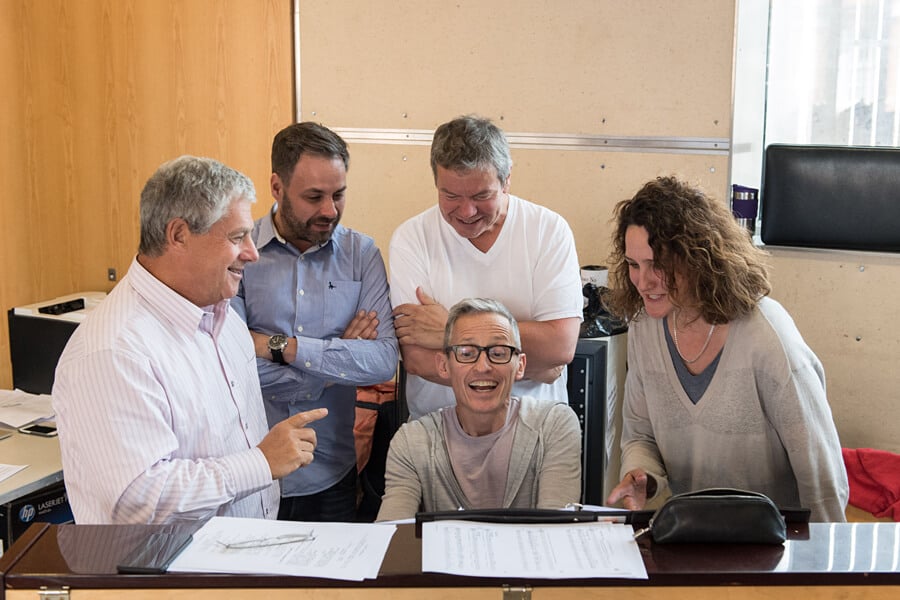 above: Cameron Mackintosh, Graham Hurman, Anthony Drewe, George Stiles and Rachel Kavanagh, working on the score for Half a Sixpence, photo by Manuel-Harlan

This new musical adaption of H.G.Wells’ semi-autobiographical novel Kipps: The Story of  a Simple Soul was dramatised by Julian Fellowes (Oscar-winning screenwriter and creator of Downton Abbey) with the new score composed by George Stiles and Anthony Drewe. And, of course, it incorporates all the most loved songs from David Heneker’s original version, including Flash Bang Wallop and Half a Sixpence. With an outstanding cast and creative team, the end result was the most enjoyable musical I have ever seen.

Chichester Festival Theatre was built in 1962 in the historic city of Chichester, in a beautiful part of southern England. Its design was inspired by the revolutionary Tyrone Guthrie Theatre Festival in Stratford Ontario, Canada, with the stage in the centre of the audience, not dissimilar to ancient Greek and Roman, as well as Elizabethan, theatre design. 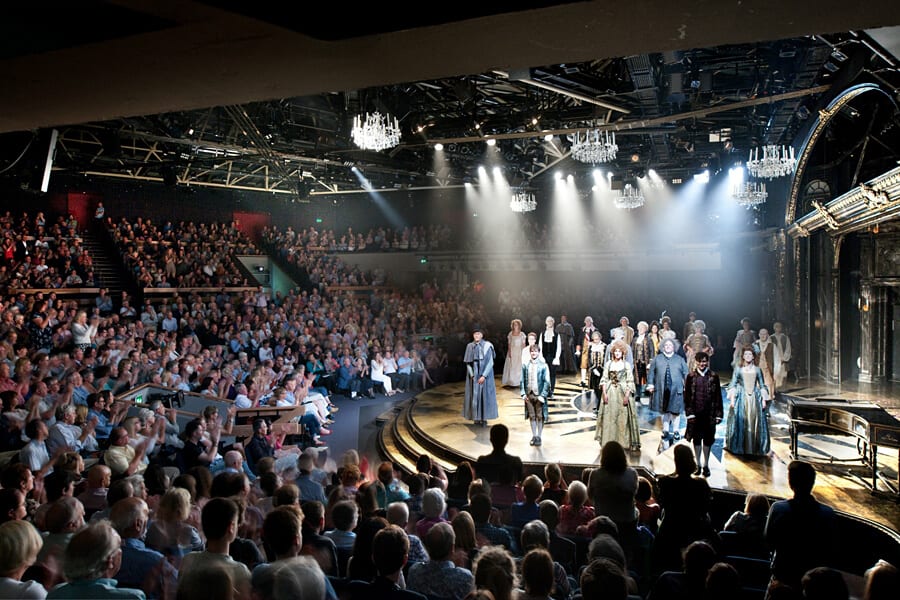 above: Curtain call for Amadeus at the Chichester Festival Theatre, photo by Philip-Vile

For as long as I can remember, I’ve been to going to shows at the Festival Theatre, which is just a short drive from where I live, from Follow the Star (in 1974 at the age of nine) to Shakespeare’s Much Ado About Nothing, to the outrageous Rocky Horror Show (when I was considerably older and, yes, I did dress accordingly). I’ve hung around the stage door in the hope of an autograph or two. I’ve managed to get a great many, from the much loved comic, Spike Milligan, to Laurence Olivier, the first artistic director of the theatre back in the ‘60s. Many years ago I even modelled one of the wonderful costumes from the musical Oh Kay! at a charity garden party at Goodwood House. It’s a wonderful theatre, so do check out what’s on offer if you are in the area. Visit their website, CFT.org.uk, for news on upcoming shows.

In Review: Half a Sixpence

As a birthday treat for my mother, I recently took her to see the new adaptation of Half a Sixpence, a comical portrayal of the class system in Edwardian England, co-produced by the Chichester Festival Theatre and Cameron Mackintosh. It had been given some outstanding reviews and our expectations were high.

Throughout the whole performance I was transfixed as the show soared high, above and beyond my imaginings of just how good a musical could possibly be. Newcomer Charlie Stemp, who played the leading role of Arthur Kipps, was outstanding as he acted, sang, played (the banjo), and danced his way into our hearts. Devon-Elise Johnson played his childhood sweetheart, Ann Pornick, beautifully.  It’s remarkable to think that they are both just 2 years out of drama school. My favourite character, however, was Chitterlow, played by Ian Bartholomew, (star of Mrs Henderson Presents, for which he received his third Olivier Nomination). You may know him from any of a myriad of television, film and theatre roles, which are far too numerous to mention. But every member of the cast was superb. And every one of them will be joining the London production. 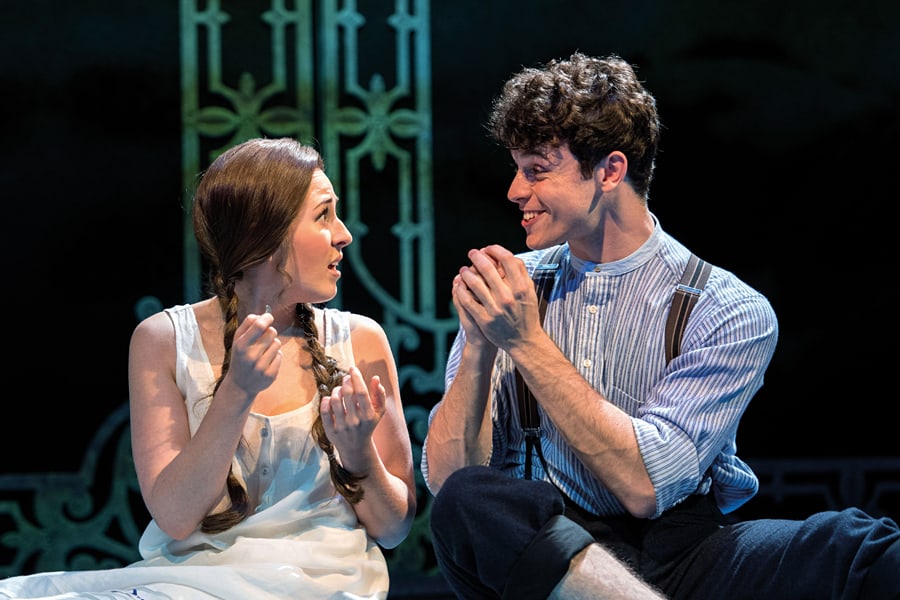 above: Devon-Elise Johnson and Charlie Stemp in Half a Sixpence, photo by Manuel-Harlan

“Half A Sixpence has taken Chichester by storm. As a relatively rarely revived British musical we didn’t quite know what to expect with our audiences. We needn’t have worried, from the moment this incredible re-worked version burst onto the stage our audiences went wild. With standing ovations every night, the show rapidly became the fastest selling production in the history of the theatre with many audience members visiting 3 or 4 times, setting a new benchmark for musicals in Chichester.” Jonathan Church, Artistic Director of Chichester Festival Theatre. 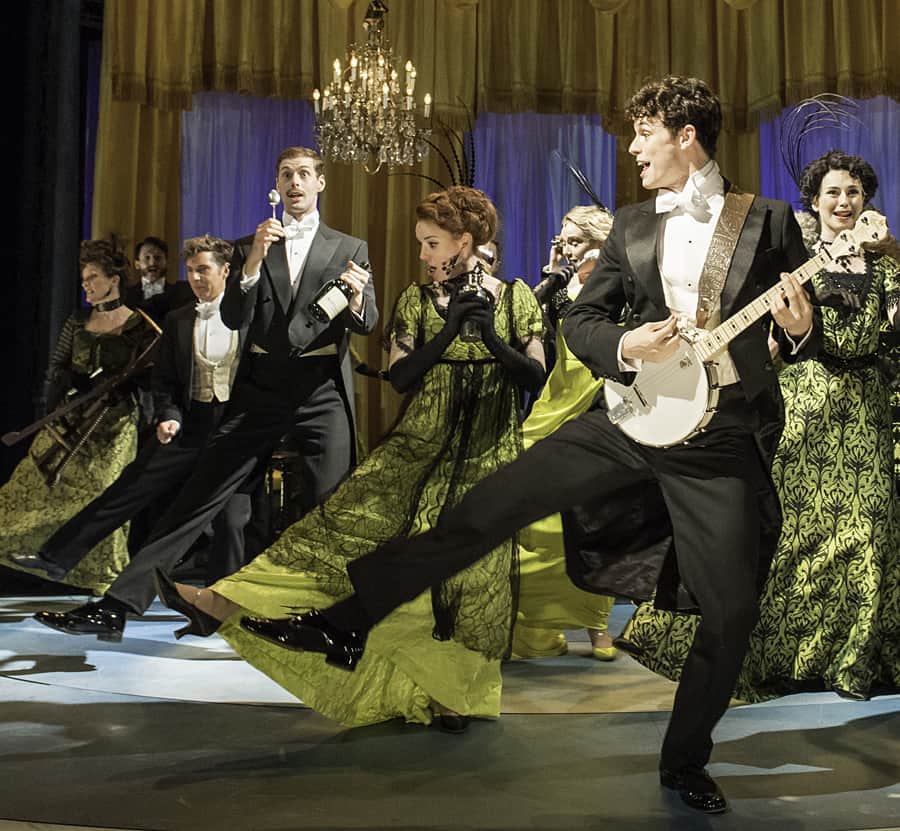 above: Charlie Stemp as Arthur Kipps with the company of Half a Sixpence, photo by Manuel-Harlan

The show is packed with energy. The songs are enchanting, with plenty of humour and, on occasion, more than a little sauciness too. The musical arrangement really stood out – such beautiful harmonies and an unbelievable knack for building up emotions to one crescendo after another, time and time again. Never before have I been to the theatre and wanted to give a show a standing ovation at the interval.

The cast clearly enjoyed performing Half a Sixpence as much as we enjoyed watching it. We saw the penultimate performance, the matinee before the final night at Chichester. My mother and I both wanted to hide somewhere so we could sneak back in and watch it all over again. We sang our hearts out in my car all the way home, and I haven’t stopped singing it since (apologies to my neighbours).

With the show transferring to one of the West End’s finest historic theatres, the Noël Coward Theatre, I’m very tempted to go and see it again. Tickets for the first booking period are already on sale from 29th October 2016 until 11th February 2017. A limited number of £20 lottery seats will be released each day from 29th October at 10.00am, but you’ll need to go in person to the box office. Visit the Delfont Mackintosh Theatres website for more information and to book. 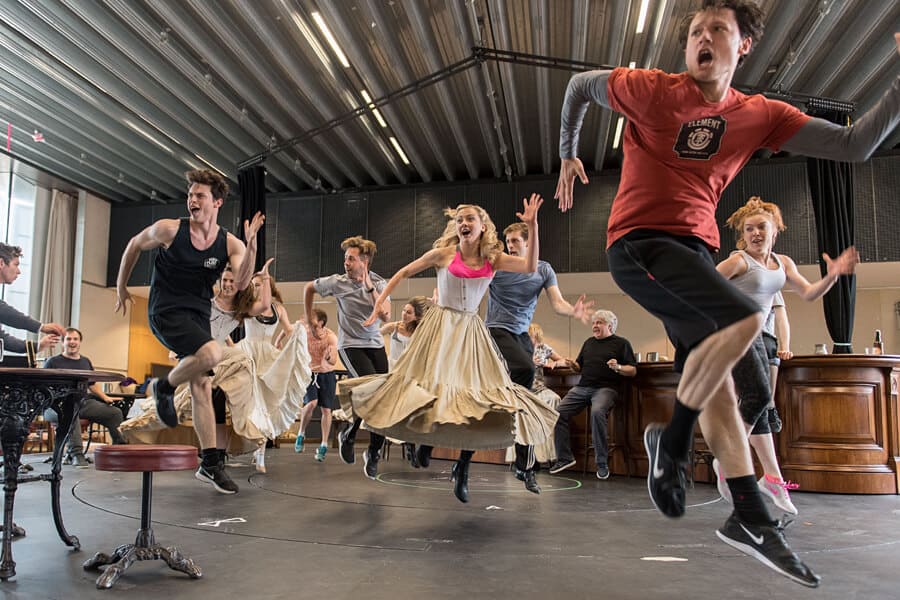 above: Rehearsing the new hit musical, Half a Sixpence, photo by Manuel-Harlan

The show’s producer, Cameron Mackintosh, has produced more musicals than anyone else in history, including the three longest-running musicals of all time: Les Misérables, The Phantom of the Opera and Cats. Will Half a Sixpence prove to be as outstanding of a success? Quite possibly. 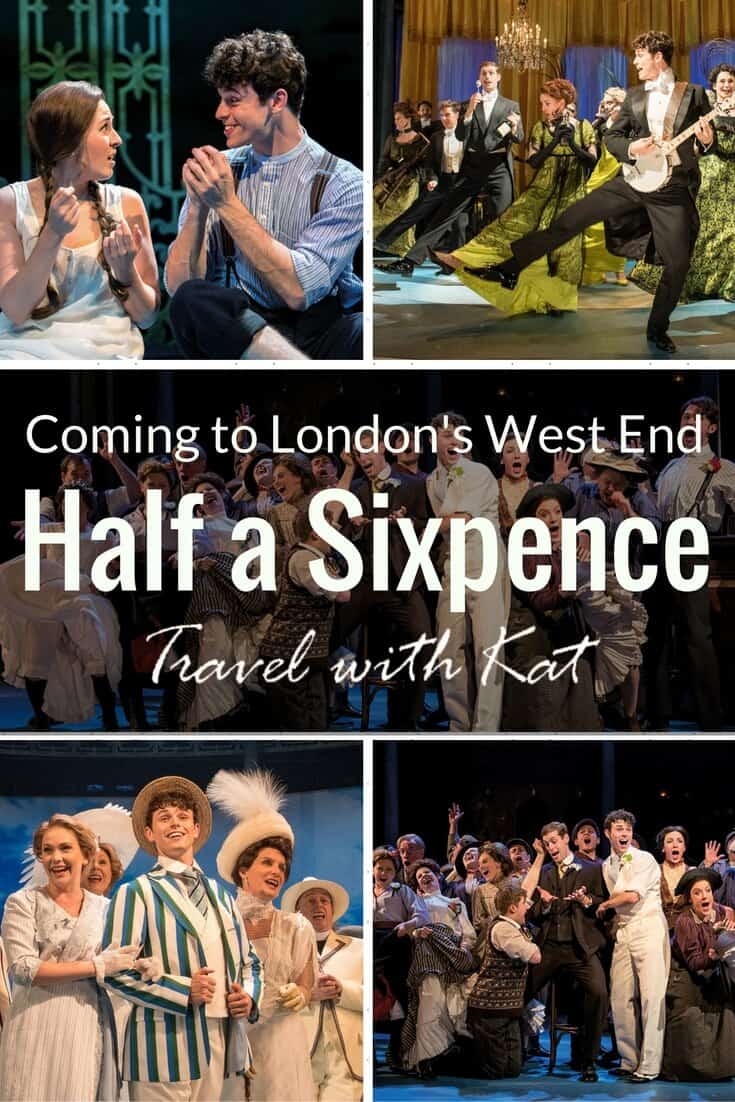 I had heard so much about the beauty of the Lake District that, as I watched the rain pour down...