Road tripping in Europe (and the birth of the AA) 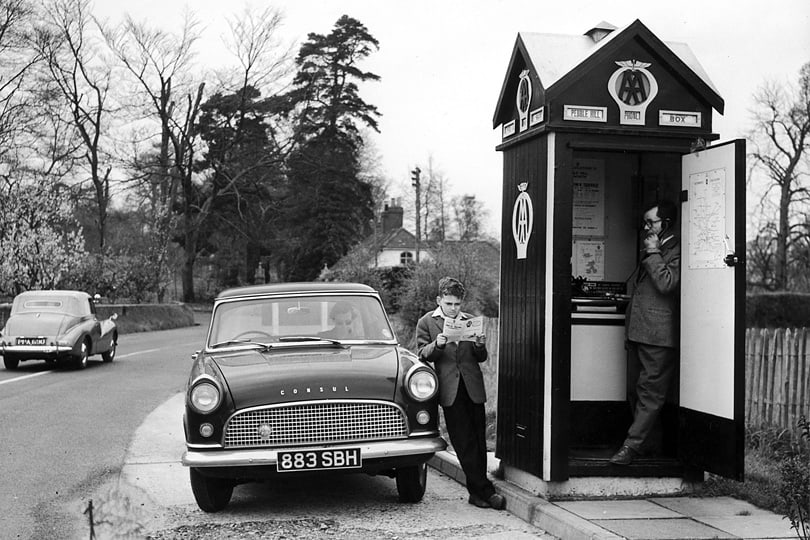 While I’m not a big fan of driving, I’d much rather be behind the map than the wheel, and it is not the most eco-friendly mode of transport by a long shot, sometimes travelling by car really is the best way to explore a new destination, giving you the flexibility to go where public transport won’t take you.

The History of the Automobile Association

Since learning to drive, many, many years ago, I’ve been a member of the AA, the Automobile Association. They formed way back in 1905 when a group of motor enthusiasts got together in a restaurant in London’s West End to discuss, among other things, the harassment drivers were getting by the police overzealously enforcing the speed limit. 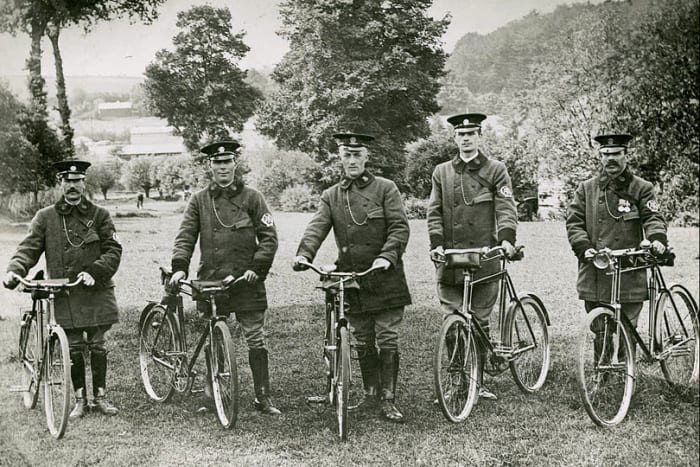 Originally the AA patrols only covered Brighton to Portsmouth and I was surprised to find out that they initially rode bicycles. Mind you, a bicycle was actually faster than the first cars. The first speed limit was a mere 4 miles an hour and they had to be preceded by a footman carrying a red flag. By 1903 this was raised to 20 miles an hour.

The original AA petrol man’s job was to alert drivers that they were exceeding the legal speed limit and warn them of where the police speed traps were as well as to assist members who happened to breakdown. By 1912 there were some 920 cyclist patrols covering the whole country.

By the twenties, the AA roadside telephone box started to become a familiar sight. 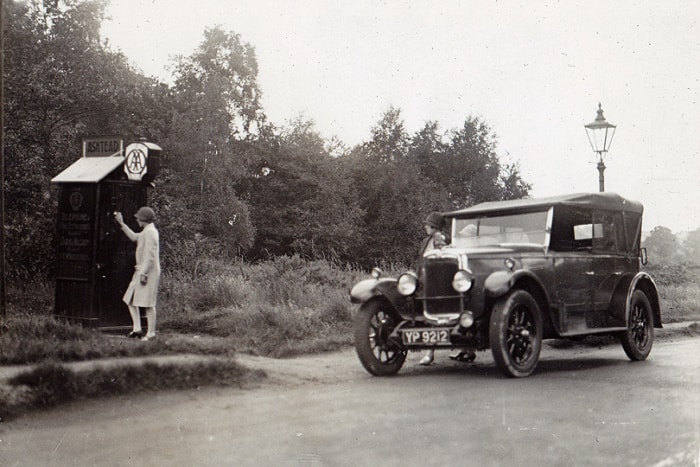 I’ve always had a love of old cars. My current car, a black Merc, is twenty. She’s a great car but over the years I’ve had a few less reliable ones and I’ve needed to call on the AA quite a few times, when I’ve broken down in the middle of nowhere, got stuck in a flood (oh the shame!) or simply my car wouldn’t start in the morning. They’ve always come to my aid in good time (apart from the flood incident as apparently there were quite a few of us to get to that day).

Now of course pretty much everyone has a mobile phone so the roadside boxes are no more but I clearly remember the bright yellow phone boxes by the side of the motorways here in the UK when I was little. 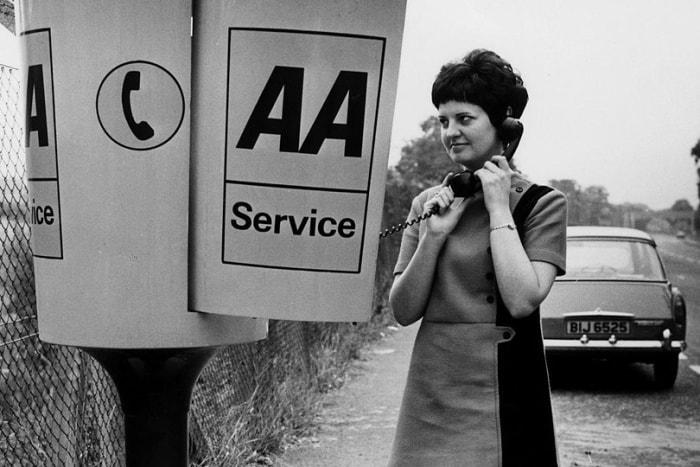 While I don’t much like driving in the UK, as you can imagine I like it even less on the wrong side of the road. Why is it we have to be different from the rest of Europe? On the rare occasion when I have driven overseas, however, I’ve always taken out AA cover for driving aboard. They also do travel insurance, which I never go without. It’s just not worth the risk.

I’m planning a holiday with my Mum and sister in the south of England this summer. Mum wants to stay in a historic hotel. My sister wants to go somewhere with plenty to do and I want to go somewhere that’s an easy drive from West Sussex, where I can forget about the car once I get there. So how to keep us all happy? Any suggestions?

This post was brought to you in association with the AA. Photography courtesy of AA.

Finding my Nirvana in Mallorca

Earlier this year I spent a wonderful weekend in Mallorca, an island that I love. My visit this time may...