Finding tranquility at Santo Stefano, the Seven Churches of Bologna 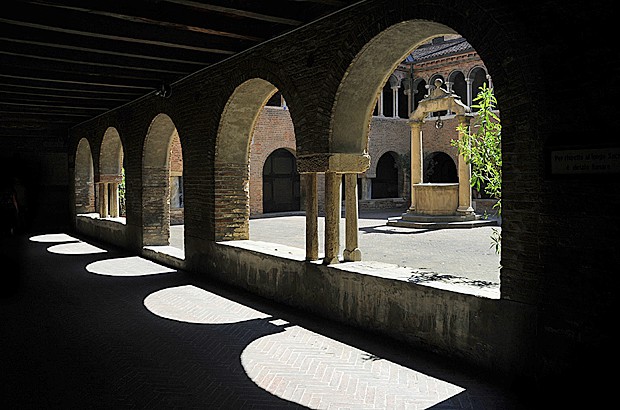 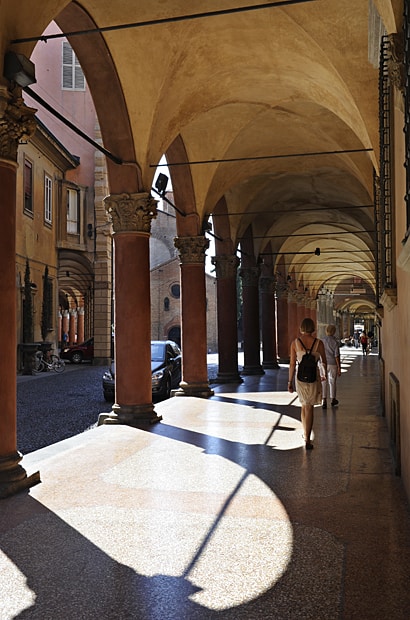 One day last summer, while wandering along the lovely porticoes of Bologna, I found myself in the Piazza Santo Stefano and saw the Basilica of the same name, peeping through the pillars. This was a church I’d been meaning to visit so I stepped inside and I am so glad I did. 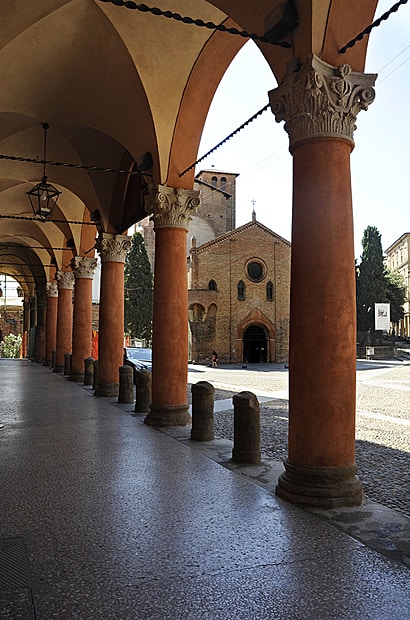 Santo Stefano is actually a complex of buildings built on the site of a Roman temple dedicated to the Egyptian goddess Isis. Although there were once seven churches, following renovations between 1870 to 1930, now only four remain. 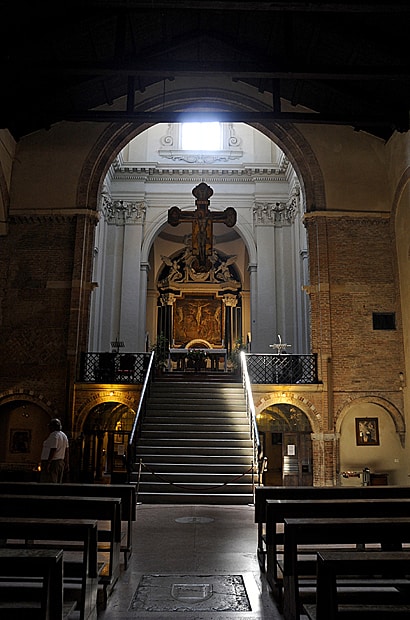 The main entrance brings you into the Chiesa del Crocifisso (above) behind which you’ll find the crypt (below). My pictures don’t do it justice and can’t convey the feeling of calm it bestowed, as I walked from one part of the complex to another. 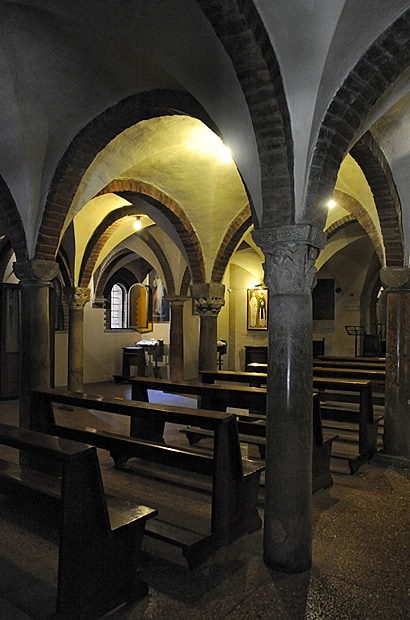 Knowing very little about the building, the next church I walked into came as quite a surprise, the dramatic, Basilica del Sepolcro (below). It once held the remains of San Petronio, a bishop and patron saint of Bologna and the founder of the church of Stefano. A little door to the 5th century tomb used to be opened for one week, every year so that people could to crawl inside to pay their respects to the saint’s remains. In the year 2000, however,  San Petronio’s body was taken to the basilica that bears his name, in Piazza Maggiore, where it was reunited with his head.

It felt a very powerful place. 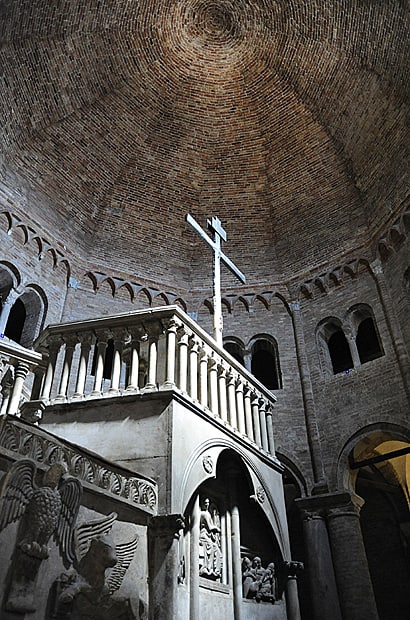 Sadly, I think I missed the entrance from here into the Basilica Santa Vitale e Agricola and instead I walked through Pilate’s courtyard and into the Church of Trinità (below). While it is a joy to explore a new city without any preconceived notions of where you’ll end up, this can mean you overlook something rather special on ocassion. Likewise visiting a site such as this without a guide or at least a guide book does mean you miss out on a lot of the details. In this case however, exploring in solitude allowed me to relish the atmosphere. And there’s a lot of atmosphere to imbibe. 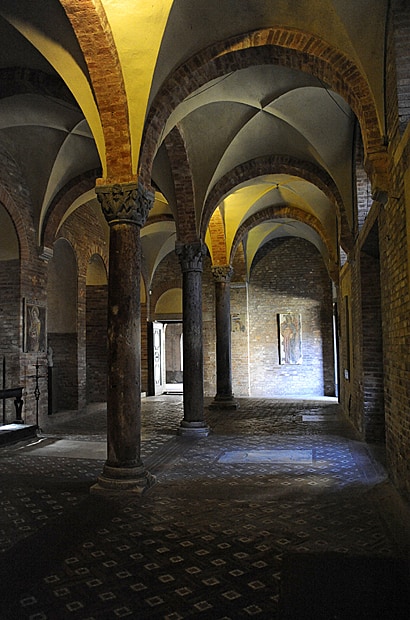 From the Church of Trinità a lovely oval window looked back across Pilate’s courtyard, with the 8th century, marble basin in its centre, to the Basilica del Sepolcro with a view of the beautiful geometric patterns adorning the outside. Pontius Pilate is said to have washed his hands in this basin after condemning Christ to death, hence the name of the courtyard, however the basin is actually an artifact from Lombard. 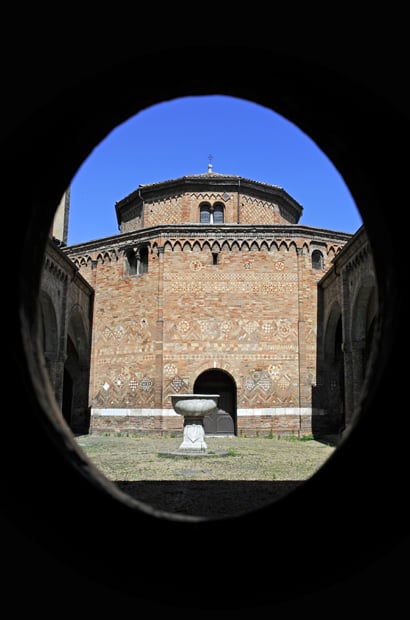 The Church of Trinità then led me into the lovely Benedectine Cloisters. As with the whole complex, but especially here, I found this to be a very peaceful place, the perfect spot for quiet contemplation.

The oldest parts of the complex dates back to the 11th century, although much older, recycled Roman masonry and carvings have been used in the Basilica Santa Vitale e Agricola.

And while these facts are interesting, I learnt most of them after my visit and I’m rather glad I did. For me, Santo Stefano is best enjoyed alone so that you can quietly wander around without the disturbance of others and without too many facts to clutter your mind. The pervading sense is that you have stepped back in time, to a distant quiet place, far away from the 21st century chaos we live in today. Bliss. 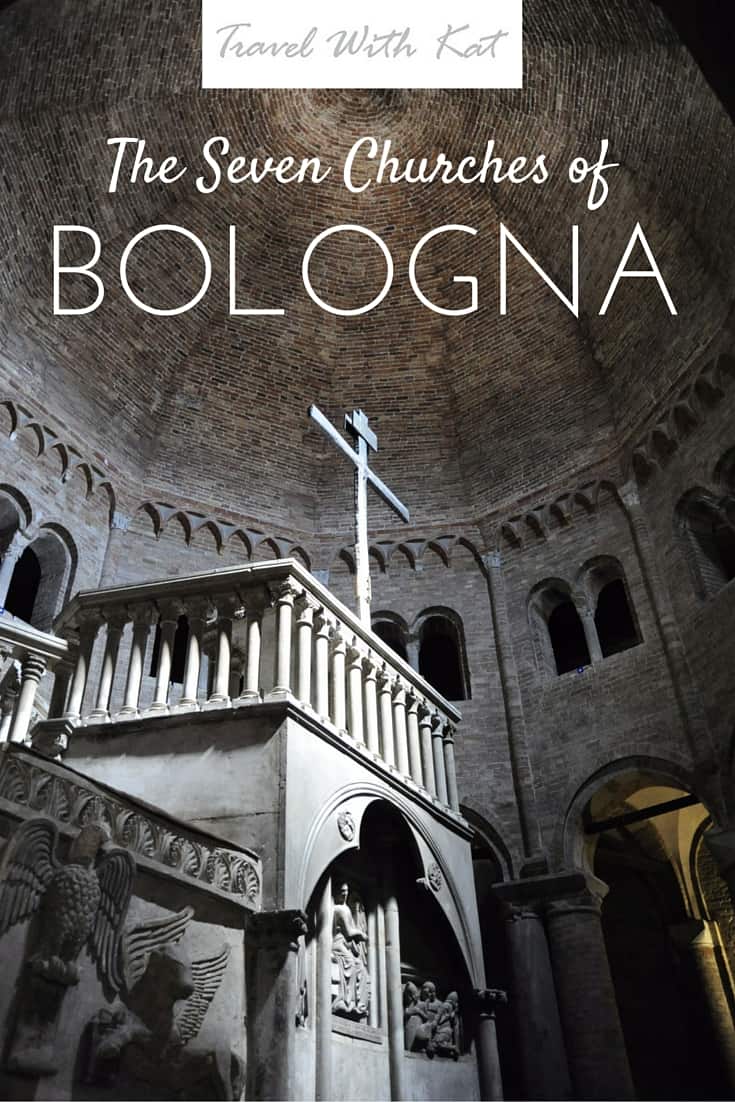