As I made my way through the lush greenery of giant ferns and towering palm trees I could hear the sweet sound of Baka songs floating through the air. Interlocking, polyphonic rhythms and melodies woven together. Songs that prepared the tribe and the animals of the forest for the hunt or of children calling for their father’s safe return.

Yet I wasn’t in the Central African Rainforest where these songs originated. I was in one of the biomes at the Eden Project in Cornwall in the south of England, where plants from numerous tropical rainforests around the globe thrive. When I reached the source of the music, I joined in. I knew the songs well, having enjoyed many workshops over the last few years with Su and Martin, from Baka Beyond, and more recently with the London Rainforest Choir. All afternoon we sang. Visitors to Eden stopped and lingered for a while eager to hear more, before passing on with the sound of our voices following them through the trees.

Above: The Mongolu begins to take form

As the choir sang others were building a Mongolu. This is how the homes of the Baka tribe are built, while some sing others build. As the builders get tired they start to sing and the singers carry on the build. The Baka dwellings are sung into being.

above: Su, Milo and Martin in the completed Mongolu Baka dwelling

In the late afternoon the numbers of visitors to the biome dwindled and after all but us had left, we continued singing for ourselves and for the forest. The light faded and the biome took on a magical and mysterious twilight glow. Eventually we too had to leave but what a fabulous day it had been. As we walked back through the biome birdsong filled the air. It was a real treat to see it at night. I could imagine the eyes of wild beasts staring at us through the dense foliage, following our movements and only revealing themselves after we had gone. In reality the only eyes that might just be watching us are those of the pretty little roul-roul partridge.

above: Roul-roul partridge in the rainforest biome at the Eden Project

The Eden Project opened in 2001 as an educational charity designed to reconnect us with the living world, exploring ways for a brighter future. It’s built in a huge crater that was once a quarry in the Cornish countryside, a beautiful part of England to visit. As well as the lovely outdoor garden, there’s a visitor centre and a wide range of events held throughout the year. In the building known as the Core there’s an interactive exhibition where you can learn about everything from ecosystems and evolution to climate change and plant resources. And then there are the two biomes. The first great series of domes is home to a Mediterranean ecosystem while the second, and most impressive of all, holds the largest rainforest in captivity.

There’s an excellent restaurant linking the two biomes, serving a fabulous roast at the weekends, which the choir tucked into heartily before singing. We ate there again that evening and everything I tried was excellent. They also serve a number of good local beers and a refreshing farmhouse cider.

This was my first visit to The Eden Project and I had wonderful time exploring the Rainforest Biome. It focuses on the importance of the rainforest as a habitat and a source for food, fuels, medicines, and materials.

“Rainforest is the glue that holds the climate of our planet together. Lose the forest and it will have devastating consequences for all life on earth” Professor Sir Ghillean Prance

As well as a raised canopy walk way, to get even higher, a wobbly flight of stairs takes you up to a viewing platform with a magnificent view of the rainforest below.

In the rainforest biome visitors can gain a glimpse of the life of the Baka, the indigenous people who live in the rainforests of Cameroon, Congo and Gabon. Their music is intrinsic to their way of life and is one of the oldest musical cultures in the world.They hold a deep understanding of the forest where they have lived as hunter-gathers for thousands of years. Today their semi-nomadic way of life is under threat. They are often discriminated against and marginalized from society.

Where to stay when visiting the Eden Project

I stayed in the Eden Project YHA, just a 15-minute walk from the main entrance to Eden. You can read my review of the Snoozeboxes here. In keeping with the Eden Projects eco-friendly ethos, they are converted shipping containers and they make surprisingly comfortable ensuite bedrooms.

The London Rainforest Choir – songs of the Baka

The choir is led my Su Hart, from Baka Beyond. She and her partner, Martin, have visited the Baka tribe many times and spent time living among them, learning about their traditions and music. Through projects like the London Rainforest Choir, who meet about once a month in Camden in London, Su is passing the Baka people’s ancient musical tradition on to others while raising funds and awareness about the people indigenous to the rainforests.

You can read about my first encounter with the songs of the Baka in one of the first posts I ever wrote for this blog, Singing the Forest Awake.

The next choir workshop is this Sunday 13th March, 11am to 4pm. You need to book in advance here. It costs £25 and includes a delicious, homemade, vegetarian / vegan lunch. They are great fun and singing is so good for you – the perfect antidote to stress. I can’t make this workshop as I’ll be photographing a Gambian wrestling match but that’s another story.

Through Su and Martin, I’ve learnt a lot about the Baka and their culture. Singing their songs is an absolute joy.

There are some great videos that Su and Martin have shared on YouTube about the Baka people and their music, including the one below about a wonderful initiative empowering the Baka people. 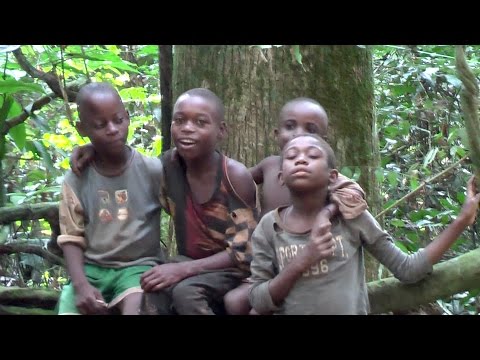