Taking the scenic route to Souimanga Lodge in the Sine Saloum Delta, Senegal 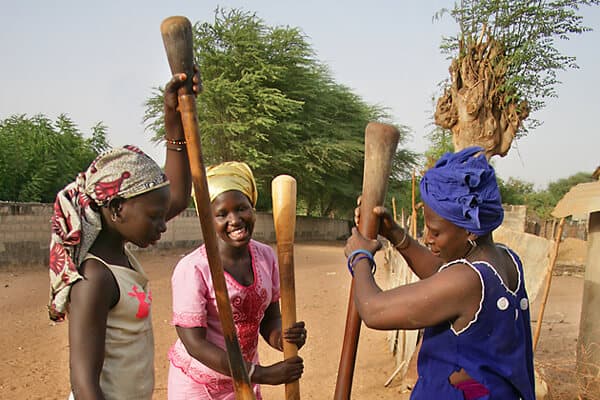 A road trip through the Sine Saloum Delta, a UNESCO world heritage site, to Souimanga Lodge.

While we Brits have been heading to The Gambia in search of winter sun for many years, the French prefer holidays in neighbouring Senegal. The two West African countries share a lot in common, with many of the same tribes, customs and languages. However, while The Gambia was once a British Colony with English as its official language and is still a member of the British Commonwealth, Senegal was once a colony of France and the official language is French. One of the main legacies of the colonial era is the excellent food, although it did seem somewhat bizarre seeing frogs’ legs on the menu in a restaurant in Dakar.

Today, however, I’m off to explore the Sine Saloum Delta in Senegal, where a handful of tourists lodges offering barefoot luxury have sprung up in the wilderness including Souimanga Lodge.

From the tourist resort of Saly near the capital Dakar, we set off one morning in a four by four, heading south to the delta, and we are soon weaving our way through scrub by following the tracks made by previous travellers. This strategy, our Senegal guide come driver reassuringly points out, helps us avoid the pockets of quicksand. He explains he’s taking us on the scenic route to Souimanga Lodge. The delta, a UNESCO world heritage site covering some 700 square miles of wetlands, dry savannahs, coastal dunes, lakes, forests and marshes, is valued for its rich biodiversity. Climate change, many years of drought and the cutting down of the mangrove swamps is causing the salinity of the water table to rise, causing huge problems for humans, animals and plants. The land looks dry and barren.

A huge stream of cows crosses the road ahead. The line seems never-ending as we wait for the road to clear. We drive through forests of tall, slender palm trees and giant baobabs.

A herd of cattle has gathered around one particularly large tree. As I look on, small, leafy branches start falling to the ground. Then I spy the boy who has climbed the tree to reach the leaves and throw them down to feed the cattle. He’s an unnervingly long way up but the leaves are far too high to reach from the ground.

At the salt pits, we pass women collecting salt crystals, formed as water evaporates, from colourful pools, which range in hue from deep ochre through mustard to olive green, depending on the minerals and the salinity of the pit and the resulting microscopic organisms that live in it.

We drive by villages and the children look a little bemused to see us. Few tourists ever pass this way. Their huts have straw or palm leaf thatched roofs and mud-brick walls. Each extended family group live in a collection of huts fenced into one compound where goats and chickens roam freely.

Women are pounding grain by the side of the road in a more urban area.

The Sine Saloum Delta is famous for its network of waterways and the wildlife it supports. These little huts on stilts by the water’s edge turn out to be grain stores raised above the high tide level. Rats don’t like the saltwater, I’m told.

By a riverbank, we see rows of brightly painted pirogues, the local fishing boats found all along the coast of West Africa.

Above a Sacred Ibis, a fabulously proud looking bird stomps through the mangrove swamps while nearby, the rather comical Spoonbill looks on. The Sine Saloum Delta Biosphere Reserve is a fabulous place to spot many of the African Birds that the region is so famous for.

Eventually, we arrive at Souimanga Lodge, a sleepy oasis that’s the perfect base from which to explore the delta. After the dusty drive, a cup of tea on the verandah, overlooking a saltwater creek is just the ticket. Sadly, we’re not here to stay long as we’re off to explore more of the delta, but it’s a lovely hotel with just 7 air-conditioned wooden bungalows on stilts and 2 suites. I’m already daydreaming of returning one day. It’s just one hour from Saly if you take the main road, but I think I prefer the scenic route.

See what people are saying about Souimanga Lodge on TripAdvisor.

How to get to Souimanga Lodge, Sine Saloum Delta, Senegal

You have two choices to get to the Sine Saloum Delta in Senegal. We flew to Dakar via Brussels and then drove south to Souimanga Lodge. The drive from Dakar to Souimanga is around two and a half hours. Alternatively, you can fly to Banjul in The Gambia, take the Banjul-Barra ferry and drive north across the border. As the ferry times can be a little erratic, it is advisable to spend your first and last night in The Gambia or better still, make take a twin-centre holiday.

This travel memory is from a photographic assignment for Serenity Holidays back in 2008. I have since returned on honeymoon, but that’s a story for another day.