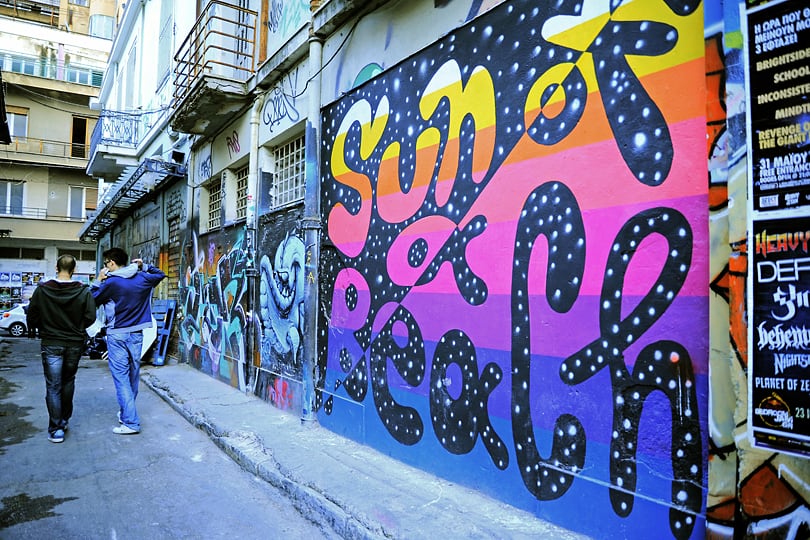 Love it or hate it, you can’t ignore it, in Athens graffiti is everywhere from simple tags, saying ‘I was here’ to sophisticated, commissioned murals, that have clearly taken time, as well as real talent, to create. One sunny morning I joined a walking tour of Athens to discover more about the city’s street artists. 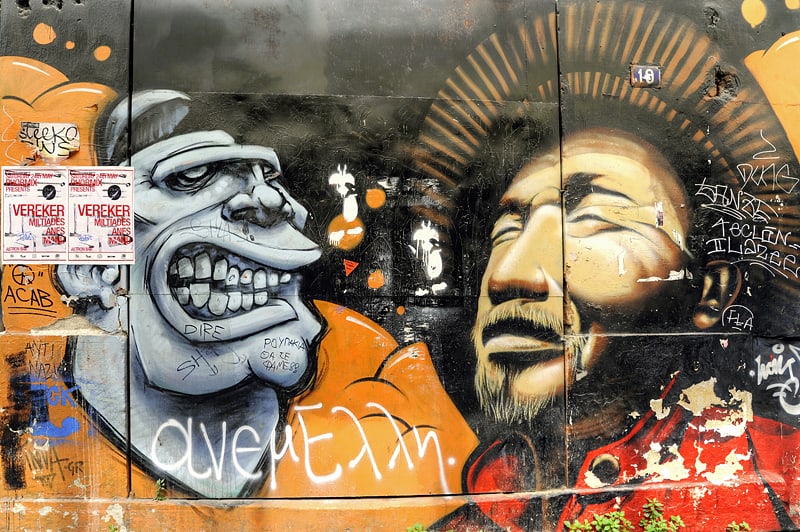 Everywhere you turn you’ll see it covering shop walls and shutters, kiosks, people’s homes and, sadly, even the gates of churches and some ancient ruins. And it seems that everyone you ask, whether a local or a tourist, says they like the genuine street art but not the seemingly random graffiti that, to most of us, simply looks a mess. Where you draw the line between the two though is entirely a matter of personal opinion. 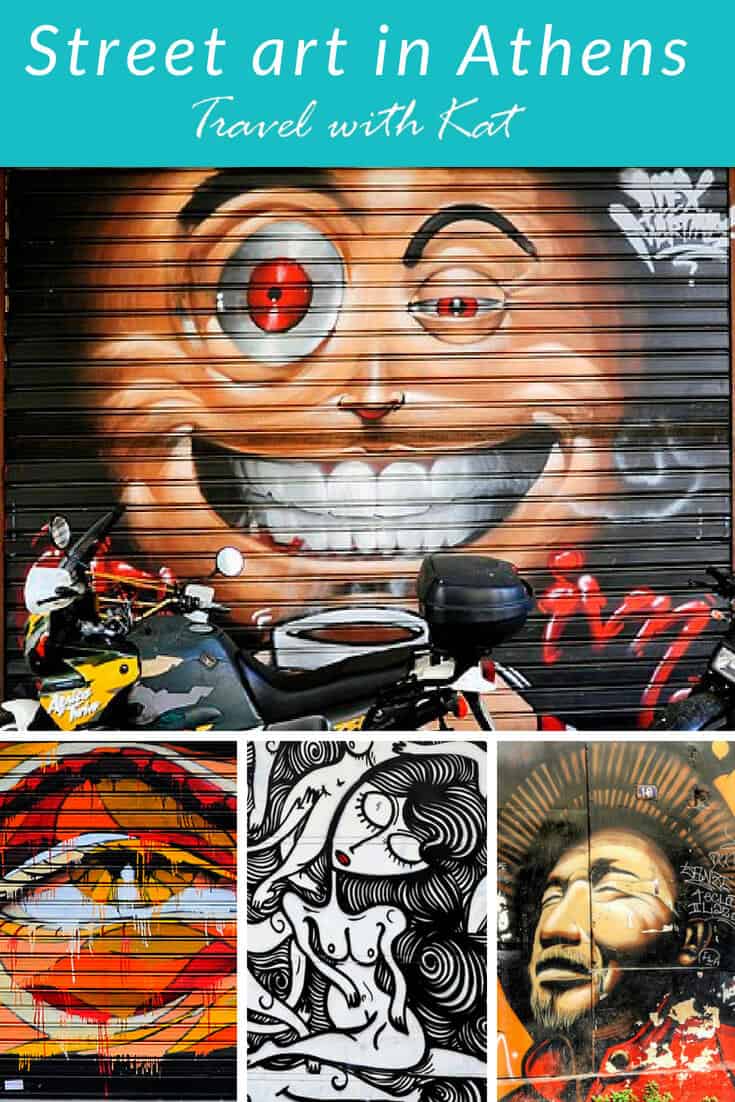 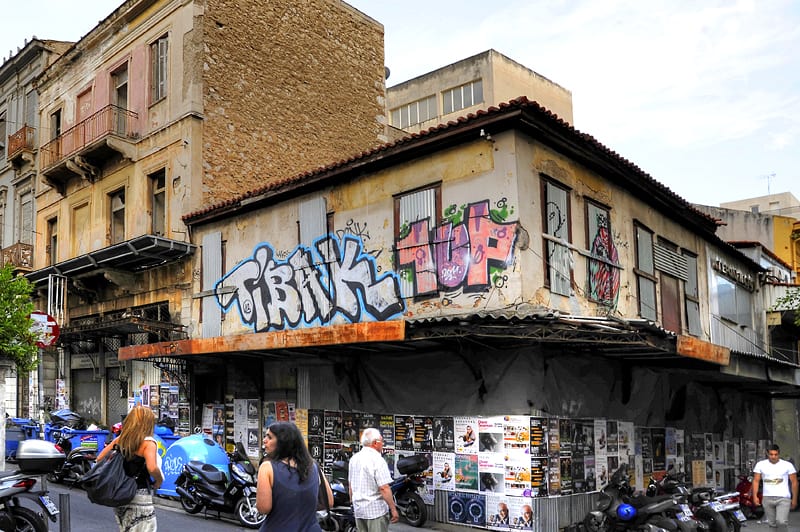 With the onset of the economic crisis that so badly affected Greece, the number of street artists in Athens grew and some rather unexpected people joined the ranks, turning to this medium to express their frustrations and anger, such as a dentist, whose business was virtually wiped out, known as Mapet, to the students and graduates of the Athens’ School of Fine Arts, which now run courses on street art. In general, I’m told, the police now tend to turn a blind eye to street artists. 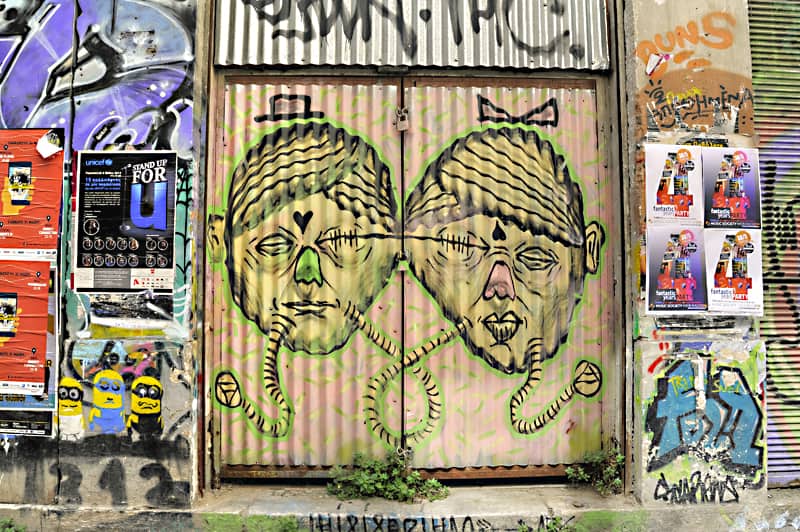 Shops wishing to avoid being covered in mindless scrawl, commission well-known street artists to paint on their shutters. More recently the city authorities have started giving out permits to encourage the artists to paint murals in run-down public spaces. Real estate developers even make commissions to paint murals on commercial buildings. This is not welcomed by everyone, however, as the hard-core graffiti artists feel street art has been hijacked in order to suppress political and social artistic expression.

Looking for more ideas of things to do in Athens? Check out this 2 days in Athen itinerary.

Whether this is the case or not, is not for me to say but I loved discovering the street art in Athens. It brings the city to life and fills it with colour, sometimes with a political message, sometimes a personal message or sometimes it is simply there for passersby to enjoy. Here are my favourite Athens graffiti artists. 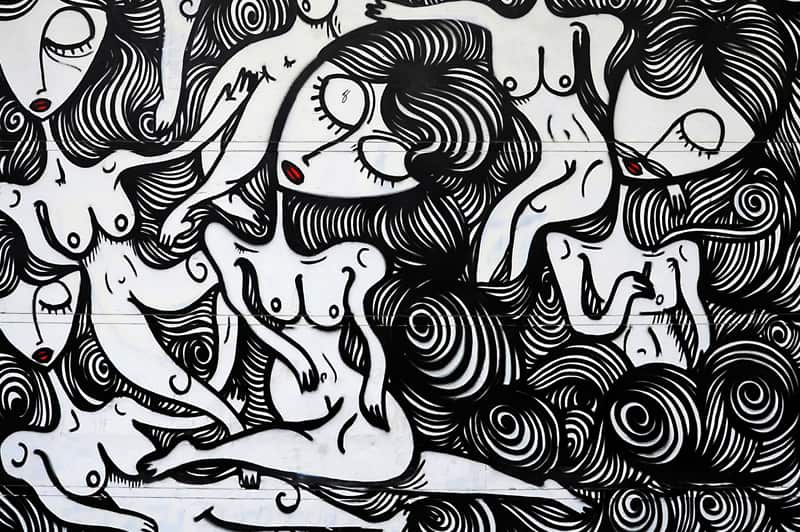 Images of a lost love found all over Athens by Sonke. 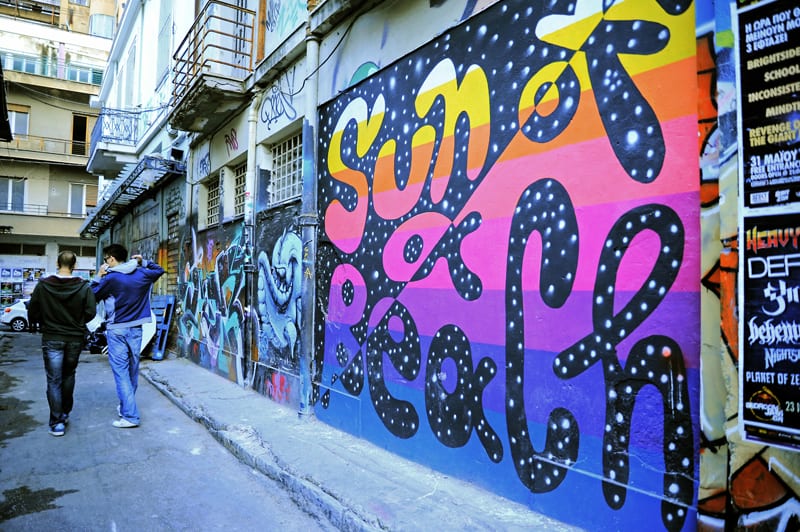 Cacao Rocks a former French literature teacher, who lost his job due to the economic crisis. 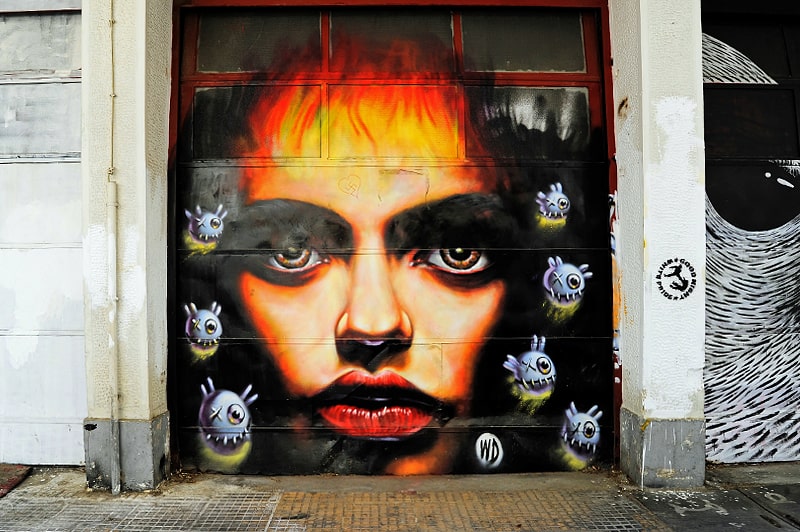 Wild Drawing, aka WD, born in Bali, Indonesia and now living in Athens, a former student of  Fine and Applied Arts. 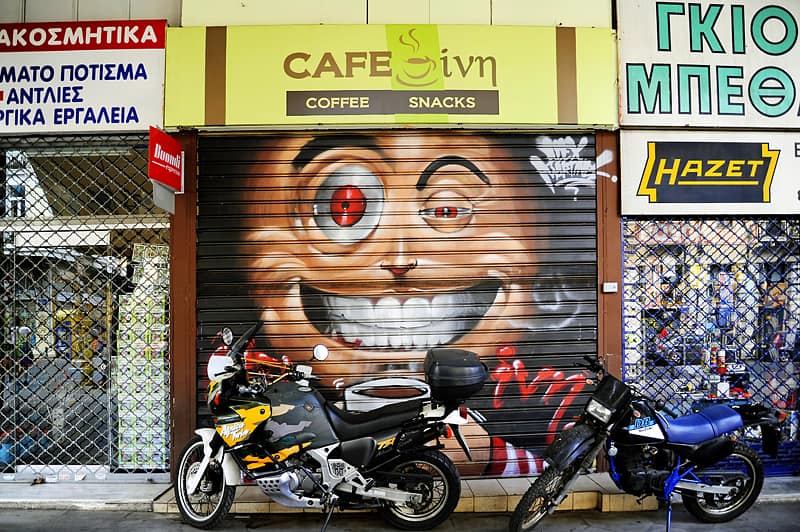 Alex Martinez, aka Shine, has done a lot of commissioned pieces including the one pictured above on an Athens shop’s shutter. Born in the USA, I believe he now lives in London and I’ll be on the hunt for more of his work there soon!

Athens, a multifaceted diamond in the rough

I visited Athens as a guest of Marketing Greece, Aegean Airlines and Pallas Athena, part of the Grecotel Hotel & Resort group.

Top 15 things to do in Athens, Greece

What do you see when you visit a city like Athens? The grime and dirt, the scrawling graffiti, the homeless...