The Wildlife of Clayoquot Sound

As the ebbing tide withdraws, a rich mosaic of life is revealed, clinging resolutely to the rocks and one another – barnacles attached to limpets attached to mussels attached to seaweed attached to rocks. Yet more creatures scuttle into crevices and beneath the stones. It takes a hardy being to survive the turmoil of life in the intertidal zone on Canada’s wild Pacific coast – an ever changing environment, alternating between the drying air and sun and the unpredictable sea, not to mention the threat from terrestrial predators.

As I look on, a huge black paw flips over a boulder as if it were made of polystyrene. As he searches for his breakfast amongst the rocks and seaweed, this beautiful black bear is seemingly oblivious to our presence. It feels such a privilege to be here watching him and I snap away with my camera, trying to capture his every nuance.

After a while, I stop taking pictures.

I simply sit and watch.

Being in the moment.

The Black Bears of the Forest

Earlier that morning we had set off from Tofino, a sleepy town made up of laid back locals, surfer dudes, and wildlife enthusiasts, on the west coast of Vancouver Island. Donning bright orange survival suits, we waddled along a jetty to our rib boat, and were soon speeding along the water on that misty June morning.

Our bear watching trip was timed to coincide with the low tide in Clayoquot Sound – a wild and untamed network of islands and inlets, alpine valleys and old growth forests. The black bears that we were seeking are omnivorous, eating grass, berries and insects, as well as fish and mammals. They spend most of their time hidden in the trees, but when the shores of Clayoquot Sound are exposed at low tide, they come down to the water’s edge for a spot of fine dining. They eat the freshest of seafood here, sniffing out red rock crabs from under boulders. It’s important that they eat as much as they can to regain their body weight after being dormant in their dens, living off their body fat throughout the winter. How long they den for depends very much on where they live, as these American Black Bears are found as far north as Alaska and as far south as Mexico. Cubs are born in the middle of winter, and the mother will nurse them in the den until spring, when they venture out in search of food once more.

This was the first time I’d seen black bears, and they were a joy to watch. It was wonderful to be able to spend so much time simply observing them. They seemed unperturbed by our presence, but all the same, each time we spotted a bear we’d stay and watch it for a while before moving on, and it was never long before we saw another. 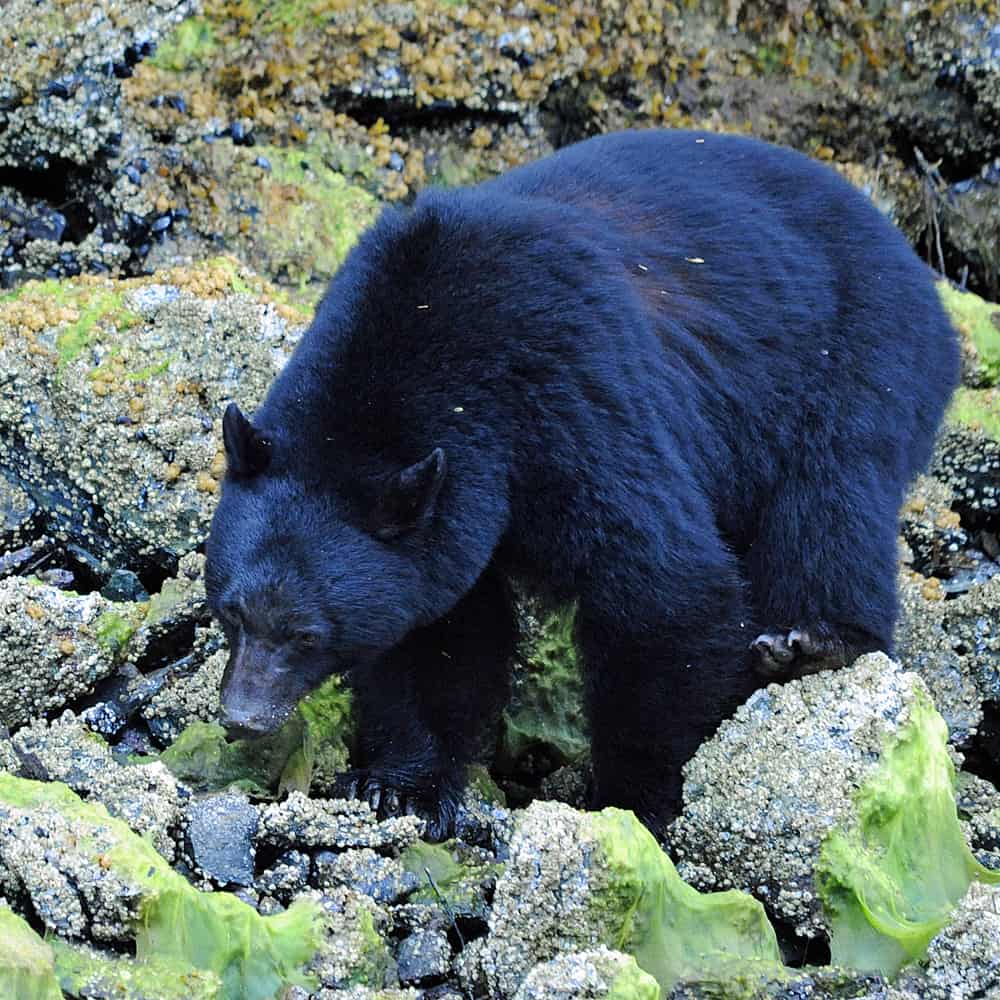 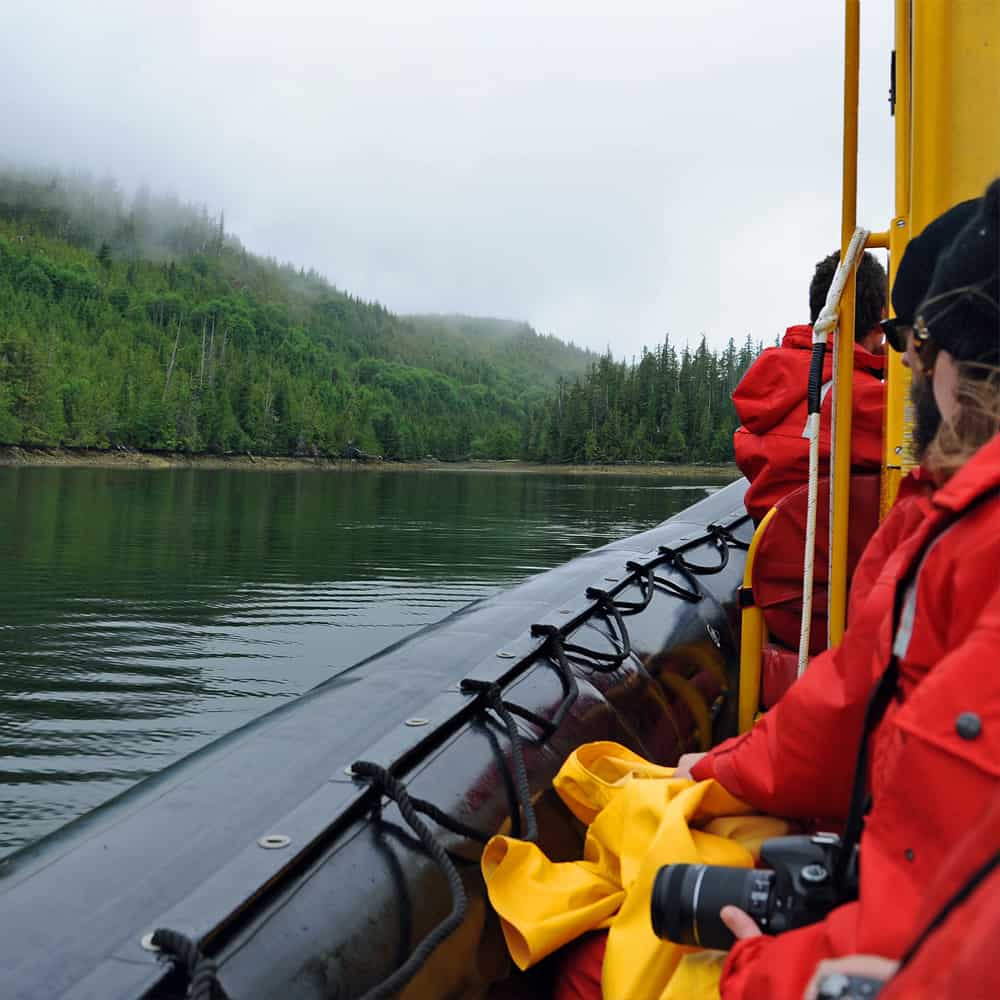 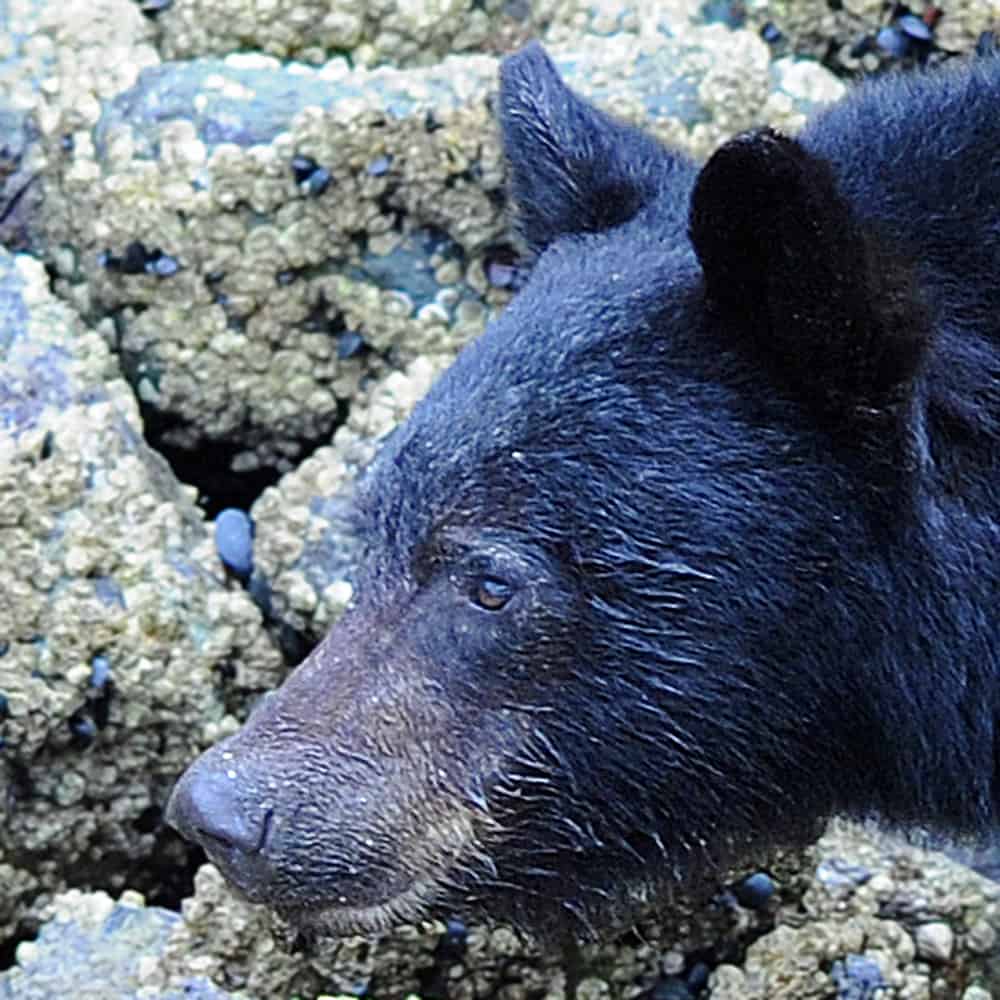 The Gray Whales of the Ocean

Wolves, cougars, raccoons, and elk all live in the forest, but my second day in Tofino saw me turn my back to the land as I scanned the ocean for a much bigger mammal: the gray whale.

Each year, the North Pacific herd of some 20,000 gray whales make the epic 6,000 mile migration from their feeding grounds in Alaska down to Mexico to breed. Their migration route takes them all along North America’s west coast, giving us plenty of opportunities to see them.

When we set out I was optimistic that we would see one or two whales, even though my only previous whale watching trip had proven fruitless. It wasn’t long before someone spotted a plume of spray as a gray whale came up to breathe. Then another, and another.  I soon lost count, and at times it seemed we were surrounded. It was wondrous to be so close to these giants, although they are darn hard to photograph. And I was a little disappointed that we didn’t see any breach – when they rise out of the water – which would have given me  a chance to get that killer shot. I think you’d have to be very lucky, as well as skilled, to capture that.

Our guide, Randy, of the Tla-o-qui-aht First Nation, a former fisherman, has spent all his life exploring Clayoquot Sound. He explained how individual whales can be recognised by the patterns of barnacles on their backs, and that humpbacks and orcas can often be seen here too. It is saddening to know though, that gray whales once swam in the Atlantic Ocean as well as here in the North Pacific, but they were hunted to extinction in that area in the 18th century.

As well as numerous gray whales, this boat trip gave us plenty of opportunities for sightings of seabirds, including storm-petrels and oystercatchers, as well as colonies of sea lions. The huge males are particularly impressive to see.

Just as we were  about to head back to shore, I spotted a sea otter. The boat slowed and, right on cue, the otter rolled over onto his back and, using his tummy as a dining table, started crunching on a crustacean – such a cute little fellow, until you see the size of his teeth. Not so long ago the sighting of a sea otter would have been rare indeed but I’m pleased to say that they have been successfully reintroduced to the area. 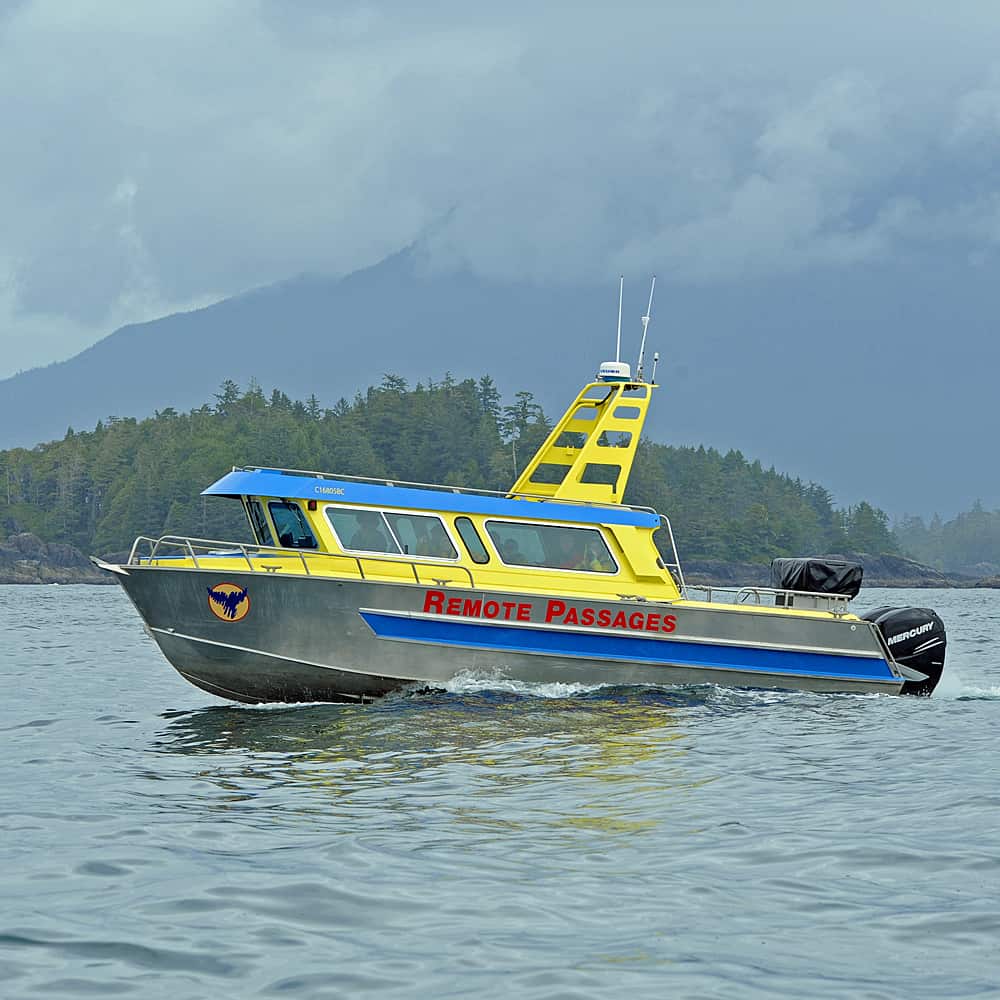 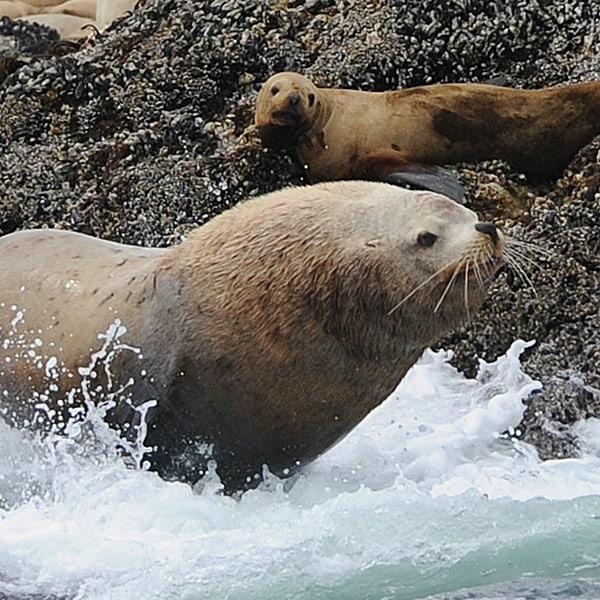 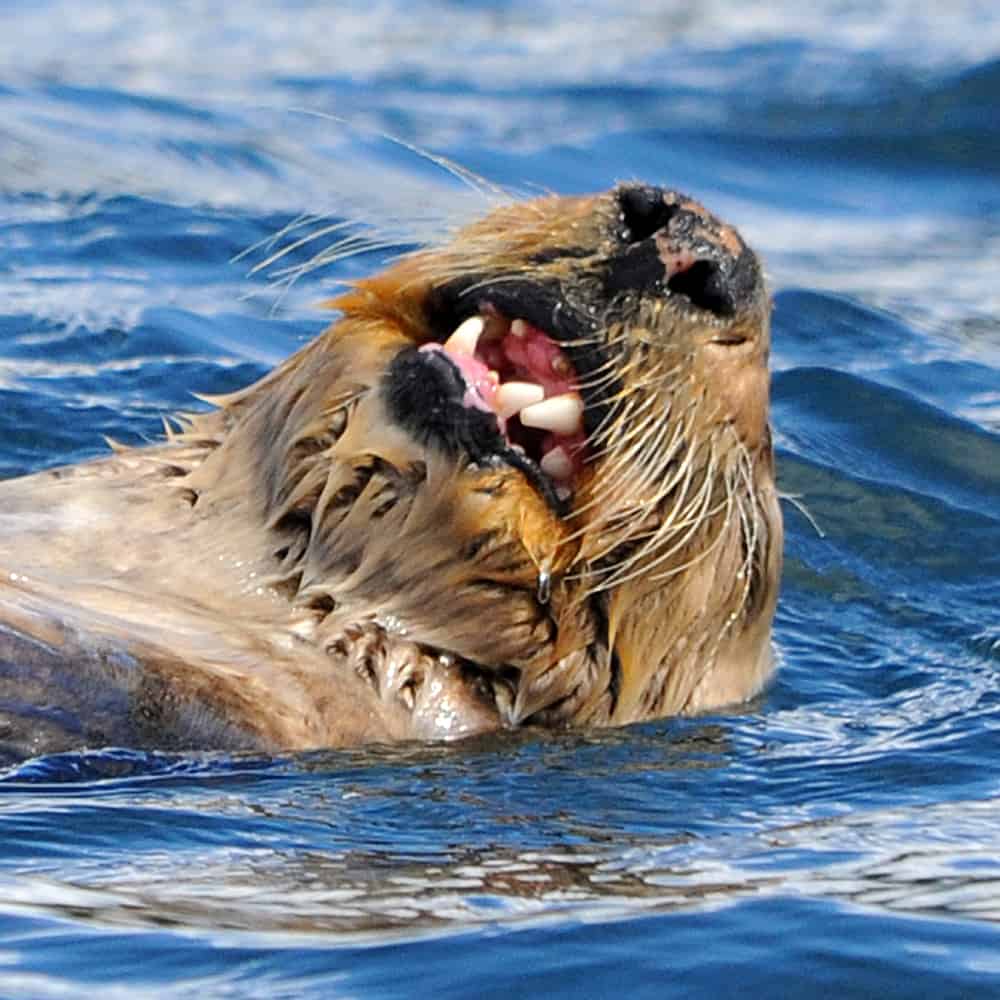 Life Beneath the Waves

Bright green and lurid pink anemones. Orange sea cucumbers. Elegant white anemones that can grow up to one metre tall. Giant rock scallops that can live for up to 50 years. Peach coloured sea pens that gracefully bend and sway with the movement of the water, dancing to the rhythm of mother nature – and boy has she gone to town on the underwater world of Clayoquot Sound. The strangest and most beautiful of creatures lurk beneath the waves. Luckily for us, we didn’t even need to get our feet wet to enjoy many of them, for in the charming town of Ucluelet, some 25 miles from Tofino, you’ll find one of my favourite aquariums in the world. Many a sea beastie is here for you to see, even touch in some cases, all collected locally from Barkley and Clayoquot Sound. Do you know what a starfish (or sea star as they are called here) feels like? Best of all, none of the plants or animals stay in the aquarium for long – all will be released back into the wild, as freshly collected specimens go on display.

Ucluelet Aquarium is well worth a visit, showing you a completely different aspect of the wildlife found in the area. The enthusiasm of the knowledgeable staff here is infectious. They do an excellent job of promoting the aquarium’s goals of raising awareness and promoting respect for the undersea world of Clayoquot Sound. 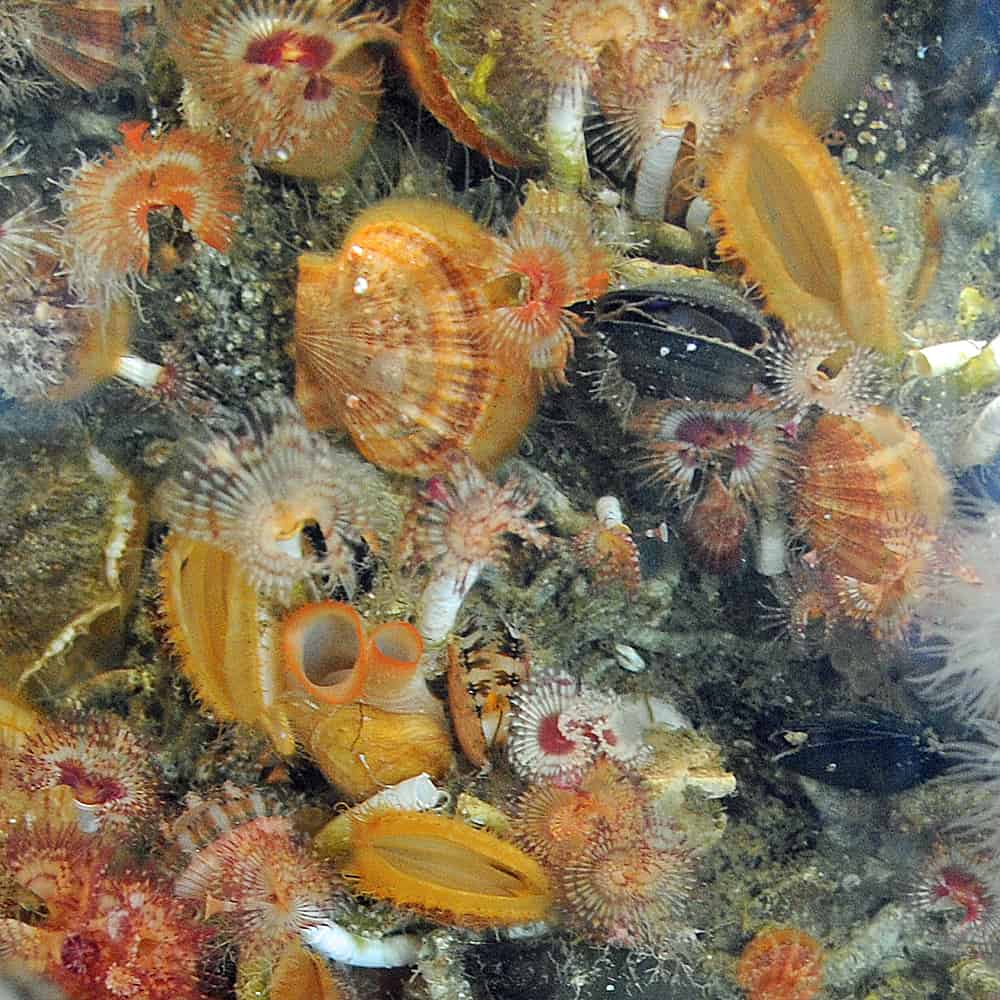 The Battle for Clayoquot

Clayoquot Sound is a uniquely beautiful place, ideal for reconnecting with nature, but more importantly, it is also an area of great environmental significance. The temperate rainforests that cover the land here contain giant Sitka Spruce and Western Red Cedars. Collectively, they form one of the greatest carbon storage ecosystems on earth. For years, scientists could not explain how these trees could grow so large, in such poor conditions. The answer, somewhat surprisingly, came from the sea. Each autumn, thousands of salmon return to the streams of their birth, deep within the forests, to breed and die. Bears, wolves and many other animals feast on them, often carrying their carcasses deep into the woods, distributing a rich source of nitrogen into the ecosystem – a natural cycle that has existed for millennia, yet is vulnerable to logging and fish farming.

It is only thanks to protests held in the 1990s, bringing about the protection of the land from excessive exploitation, that the Sound still  remains such a unspoilt and timeless ecosystem – a rare intact temperate rainforest, rich in biodiversity. Despite the entire Sound (some 350,000 hectares of land and water) being designated as a Biosphere Reserve by UNESCO in 2000, the battle to protect it is ongoing. Visit the Friends of Clayoquot Sound’s website to discover more.

Having witnessed the beauty and uniqueness of Clayoquot Sound first-hand, I dearly hope that I can return one day and find it much as it ever was, wild and free 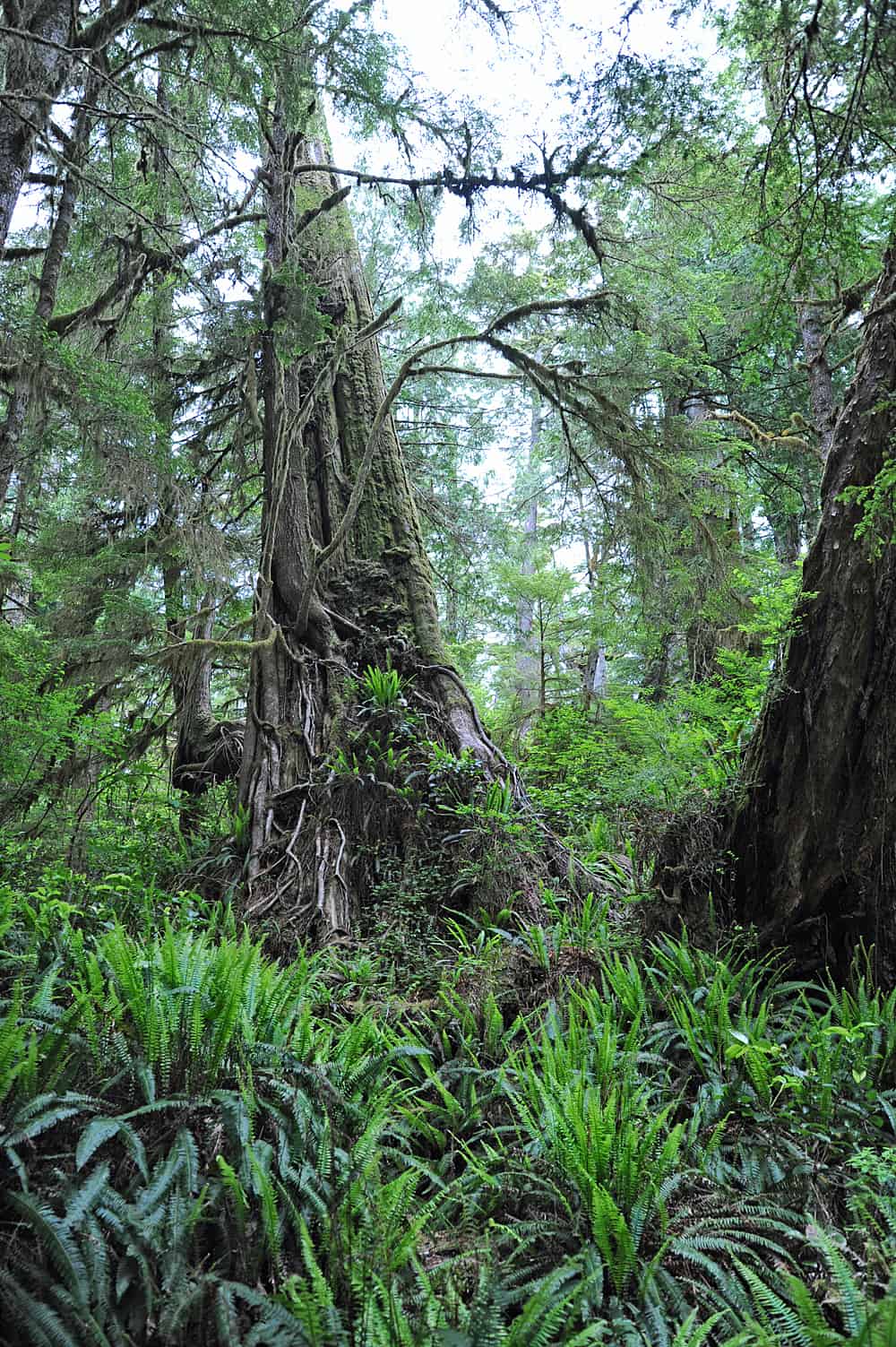 Both my whale and bear watching excursions were courtesy of Remote Passages, based in Tofino. They provide a number of different marine excursions, including bear watching, whale watching, and sea kayaking, with an emphasis on education, encouraging an appreciation of this coastal environment and the many connections between forest and ocean ecosystems. 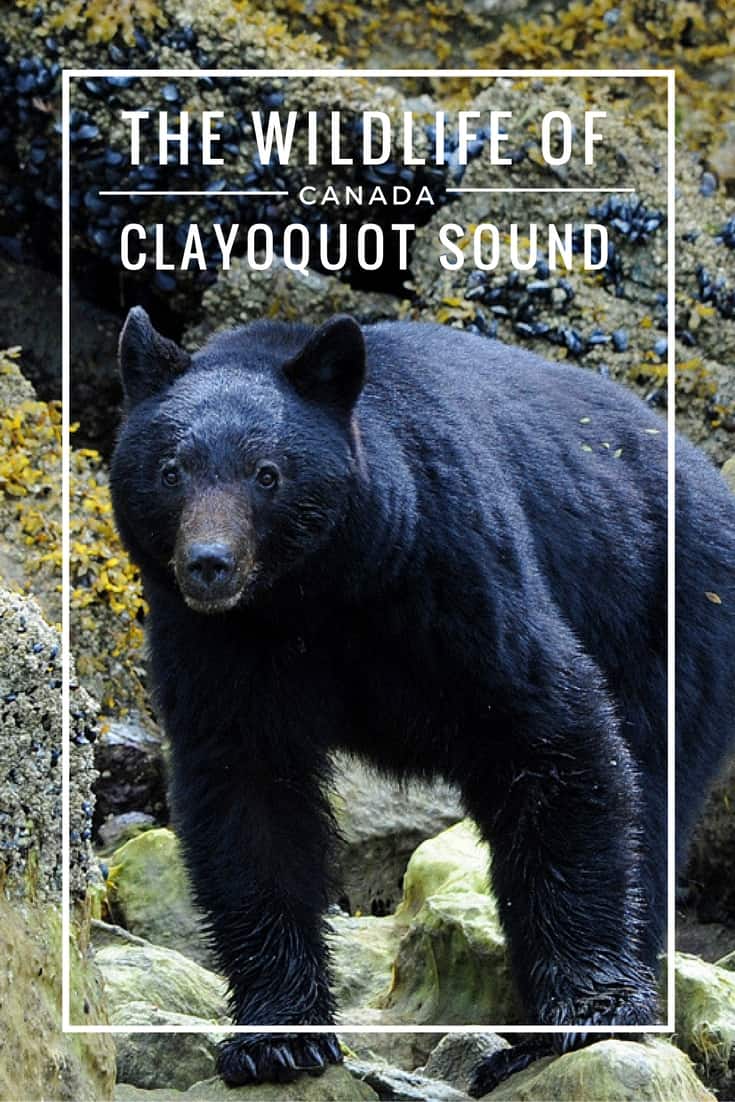 I visited British Columbia as a guest of Destination Canada as part of a
Travelator Media campaign.