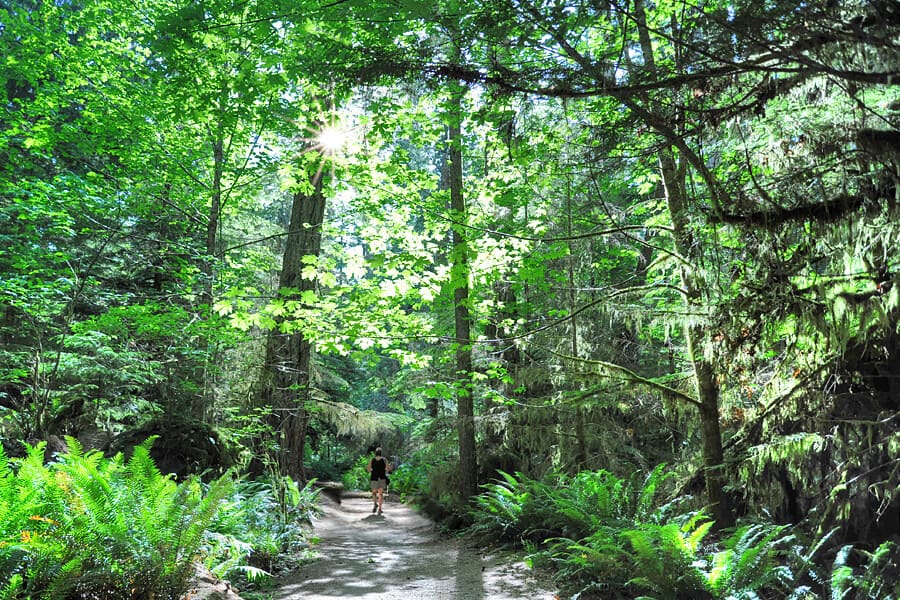 Whether I’m dreaming of a sparkling white winter wonderland or yearning for some outdoor adventure in the sunshine, memories of springtime in Canada keep calling me back to this magnificent country. Snowshoeing, whale watching, kayaking, maple syrup and craft beers, not to mention a wonderful Easter family feast with my husband’s relatives in Ontario. These are just a few of the things I remember most fondly. To fill you with wanderlust and tempt you to visit Canada in spring, here are my favourite memories. Visit the website Canada Keep Exploring to plan your very own Canadian adventure.

Disclosure: This post was paid for by Destination Canada as part of their #ForGlowingHearts campaign. They have neither reviewed or approved the post before publication.

Top 7 things to see and do in Canada in springtime

I had a fabulous time discovering a snowy Ontario one April, including seeing the spectacle of a frozen Niagara Falls and a mystical winter-white Lake Superior. Think snowshoes, ice-fishing and woolly mittens holding mugs of hot chocolate around a roaring fire.

I loved walking in the woods through a blanket of snow. As we headed over the crest of the hill, a frozen lake stretched out below us – a truly magical sight. A lone hut on the ice marked the spot for someone ice fishing. We sat in the sunshine and soaked up the view, a shimmering white landscape under the bluest of skies. Another day Neill and I headed out on our own on snowshoes, enjoying the wintery landscape despite it being April.

Did you know? You might not be surprised to see some snow in early spring in Canada, but did you know, the ski season at Whistler and Banff carries on well into May?

I’ll never forget my first sighting of a grizzly bear in the forests of British Columbia. I was staying in a lodge in the Great Bear Rainforest, a place so remote that it is only accessible by floatplane. We’d gone out in the late afternoon in June in a small boat for a few hours and not seem even the briefest glimpses of a bear. Finally, I spotted a pair of fluffy ears peeping up from behind the sedge, a grass-like plant that grows on the riverbanks. We stopped and waited. Eventually, a female bear appeared. She happily sat there munching on the sedge as we clicked away with our cameras – a thrilling moment that was well worth the wait. It wasn’t just the bears that I fell in love with, the Great Bear Rainforest itself completely bewitched me. It has an ethereal beauty like nowhere else on earth.

The smaller black bears are a more common sight than the elusive grizzly bears. Like grizzlies, black bears hibernate over winter, coming out from their dens in spring.

Clayoquot Sound, a UNESCO Biosphere Reserve off Vancouver Island, is a fabulous area for spotting them. I joined a zodiac tour from Tofino and explored the shores at low tide as the bears came down to the water’s edge looking under rocks and stones for crabs and clams. I lost count of the number of bears we saw. Magical!

There are many places to see whales around the coast of Canada. In British Columbia, from March onwards, the mighty grey whales can be seen in the waters west of Vancouver Island as they migrate along the coast. I’ve been whale watching twice in this area and could not believe just how many grey whales were in the water all around us. What a privilege!

One of the first signs of spring in the Eastern provinces is the spirals of smoke seen rising from the forests. It’s maple tapping time! I visited Gilbertson’s farm on St Joseph Island in Ontario to see the maple tapping and to eat in their famous restaurant. My favourite breakfast from all my travels around the world is Canadian French toast, with maple bacon, drizzled in maple syrup. The French toast at Gilbertson’s was superb. However, the best to date was at Fran’s in Toronto. There are several branches of this classic diner in the city serving a fabulous breakfast.

It was a visit to Persephone Brewery on the Sunshine Coast of Canada one glorious day in June that sparked the change when my taste buds turned their backs on cider in preference to beer. I’ve since visited many more breweries across British Columbia, Ontario and New Brunswick (not to mention closer to home in England). I love ordering a beer flight so I can try a range of beers on offer finishing in a rich dark beer, such as the stout I enjoyed at Amsterdam Brewery in Toronto with notes of chocolate and coffee, and a vanilla finish.

Don’t miss: If you’re in Toronto head to Steam Whistle Brewery. While I’m not usually a fan of lager, and that’s all Steam Whistle make, at their brewery you can try their unfiltered pilsner. With more body and taste than their filtered lager, it was a revelation, and this is the only place you can buy it in the world.

On a sunny day in June, I spent a morning kayaking around the islands in Passamaquoddy Bay, New Brunswick on Canada’s eastern coast. I love being in, on or by the water. We had a picnic lunch on the beach and enjoyed the tranquillity of our surroundings.

There are so many more things I could list including zip-lining over the rapids in Saint John. That’s me on the right in the picture below. You can see by the smiles of our faces just how thrilling it was to complete the series of zip-lines. Another year I had a fabulous time exploring Canada in a motorhome. And did I mention the seafood? You have to try Canada’s delicious fresh seafood! You’ll find more inspiration in my photo album on Facebook, Canada in Spring.

Check out the website Canada Keep Exploring to discover more about Canada and how to plan your very own Canadian adventure.

UK nationals (and anyone else, except U.S. citizens, who do not hold either a valid Canadian passport, Canadian Permanent Resident Card (PRC) or a Canadian visa, as well as a valid passport), need to purchase an eTA before buying tickets to Canada. Anyone charging more than $7.50 is not the official Canadian government site.

The weather can vary significantly from year to year and between one region and another. Canada is a vast country, after all!

Did you know? Canada has the largest range in latitude of any country on the planet.

In spring, temperatures typically range from minus 7 to 19 °C (19 to 66 °F), or so I’m told. However, in my experience, the variation can be far greater. I’ve been snowshoeing in April in temperatures well below minus ten and swam in the sea in early June in a balmy 28 °C – the sea was still blinking cold, mind you. Most notably, I’ve experienced vast changes in weather all in one day.

What to pack for a visit to Canada in spring?

Pack layers, including a warm jacket and jumper, hat, scarves and gloves. I needed two pairs of gloves in April. You’re unlikely to want your swimsuit, but you never know! And don’t forget your waterproofs which may be needed at any time of year.