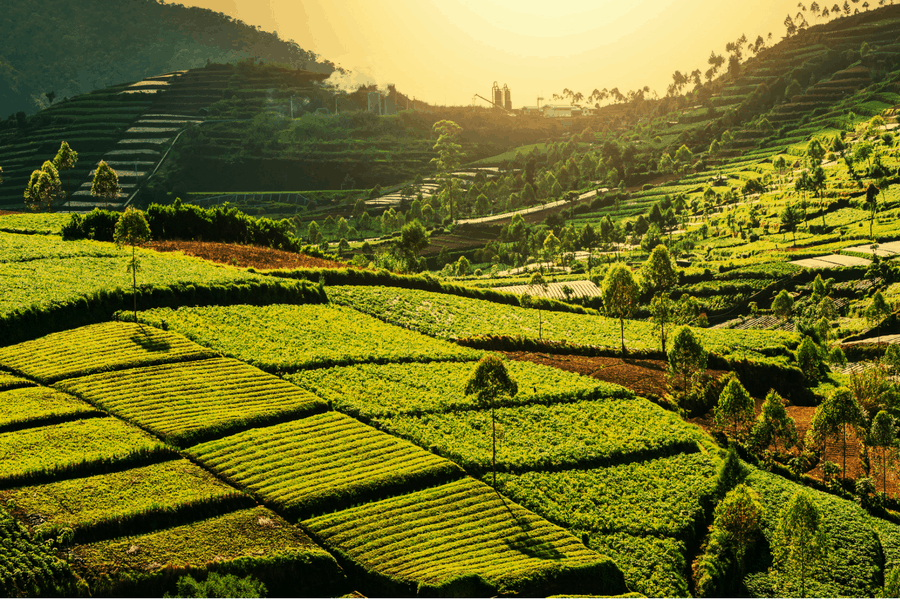 Ancient temples, dramatic volcanic craters, lush green forests, delicious food – all these images and more pop into my head when I think of Indonesia and in particular Java, the island I would most love to visit. I’ve heard it is less touristy than the neighbouring island of Bali, and has more to offer when it comes to historic temples than Sumatra . With a central spine of hundreds of volcanoes, there are endless possibilities for hiking through Java’s dramatic landscapes and witnessing its natural beauty. I’ve been daydreaming a lot about going there lately, inspired by images on Pinterest and numerous travel blogs. So here I’d like to share my top 10 reasons why I long to visit Java.

Top 10 Things to do in Java, Indonesia

Visiting a new city is always exciting and the chaotic sprawl of Jakarta must be no exception. The Istiqial Mosque, the largest mosque in Southeast Asia and the neo-gothic Jakarta Cathedral as well the National Museum, with its enormous collection of statues, puppets, glittering treasures and textiles, are all  must-sees , as is Kota, the city’s historic district. Here you’ll find reminders of  the Dutch Colonial past, a glimpse of a bygone era before the skyscrapers dominated the skyline. 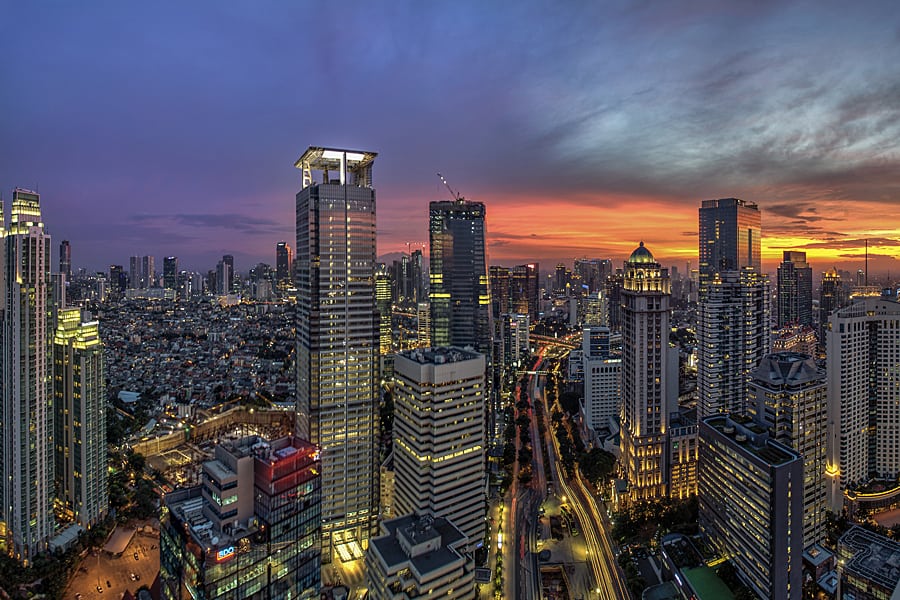 Heading east, some 18 miles north of Bandung, is one of Java’s most famous volcanoes. It’s a superb area for hiking, up through the forests and down into volcanic craters, with tumbling waterfalls and panoramic mountain views along the way. 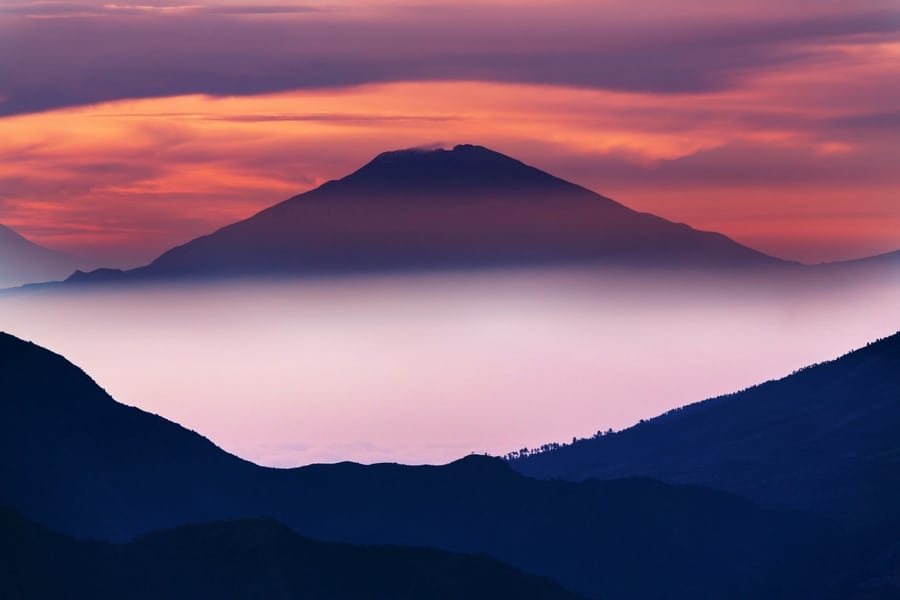 Above: Mount Tangkuban Perahu, near Bandung

Also north of Bandung, the floating market at Lembang is a popular tourist attraction. I love photographing markets, especially food markets. Of course, I’d have to try out some of the food on offer and perhaps take home a few new ingredients for my pantry.

Tip: Arrive early and mid-week to avoid the crowds. 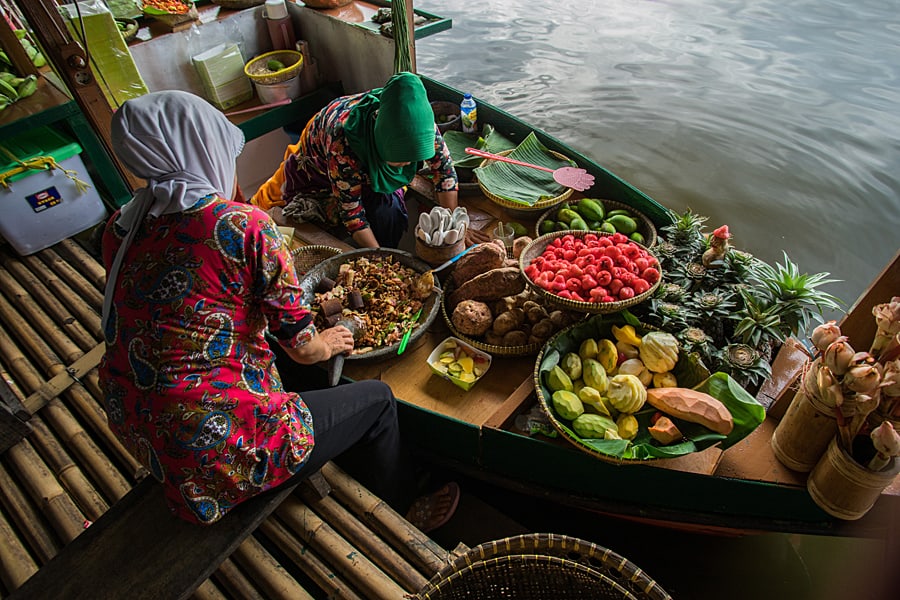 A must for any shopaholics, I’ve heard it said that no one leaves Bandung empty handed. You’ll find wonderful bargains in the factory outlets, local shops and markets. Be sure to practice your haggling skills in the maze that is Pasar Baru market. It’s also an excellent city for inexpensive, tasty food.

Tip: I’ve been recommended the Sheraton Bandung as a great place to stay, and from the look of the view, pictured below, I can see why. 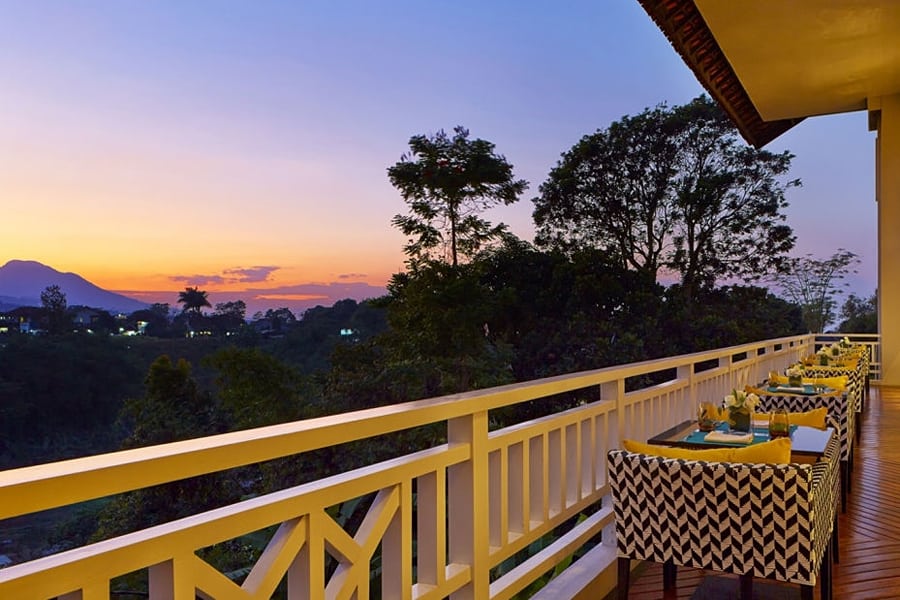 Above image courtesy of The Sheraton Bandung

Rising up out of a patchwork of lush green rice paddies, the gigantic, ancient Buddhist temple of Borobudur, is over 1,200 years old and lies around 25 miles north of Yogyakarta. This UNESCO World Heritage Site is the largest Buddhist temple in the world. Mysteriously abandoned in the 16th century, for a while it was hidden from the world by volcanic ash and vegetation. Sadly, initially excavations in the early 19th century caused much damaged, but a massive project, launched by UNESCO and the government of Indonesia, in the 1960s has successfully overseen its restoration so that today it is as stunning a sight as it must ever have been. 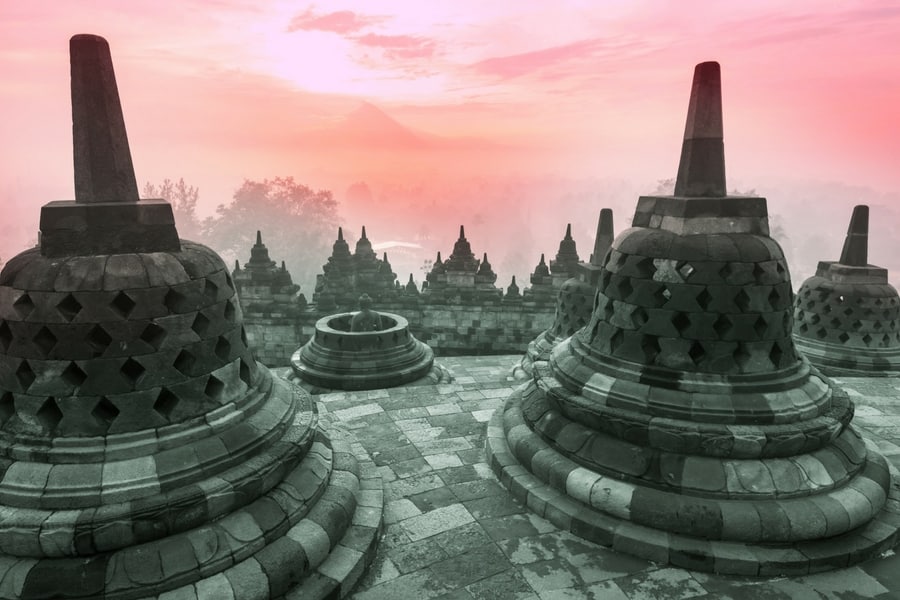 While there are many ancient temples in the area, the next most significant is another UNESCO World Heritage Site, the 9th and 10th century Hindu complex of Prambanan. With over 500 monuments on the site, some have been restored but many still lie in rubble – a massive archaeological undertaking. A very popular site, it’s best avoided around Christmas and in June and July (the domestic holiday period).

Tip: Lonely Planet suggests “..if you come late in the day and wander the tracks behind the main temples, you can see them rise from the ruins of the outer temples in perfect silence and light.” A magical experience I’m sure. 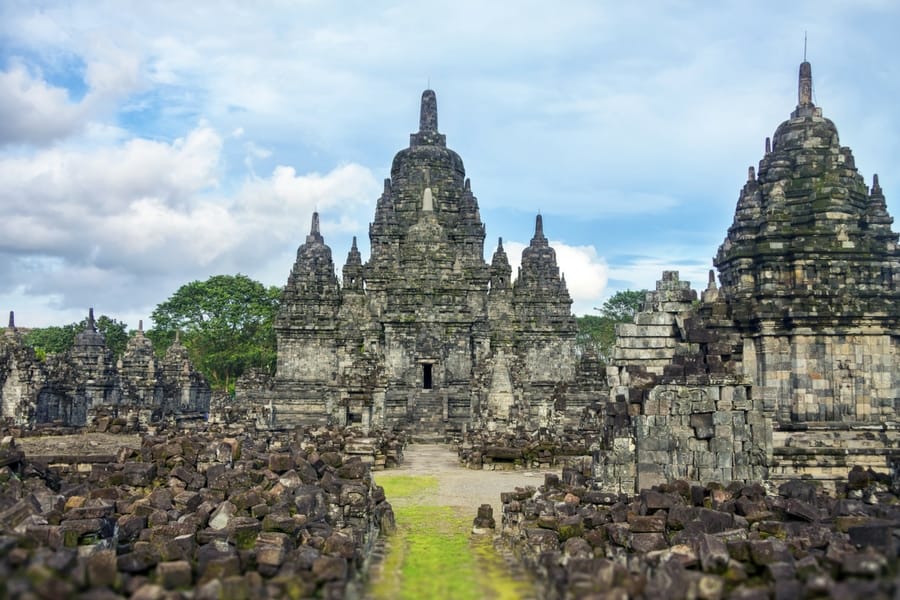 This city is home to Java’s traditional art and cultural heritage. Visit the 18th-century kraton, a royal complex and home of Yogyakarta’s sultan. Here you can enjoy Javanese dance shows and concerts of gamelan music, amongst ornate open-air pavilions. 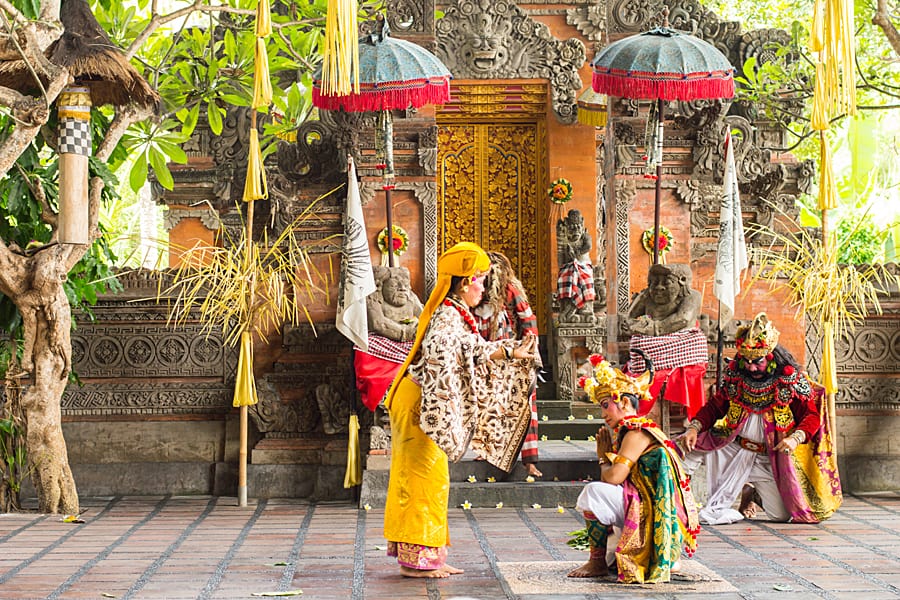 With white sand beaches, lapped by turquoise waters, Karimunjawa and its surrounding islands, are the place to escape to for a little R&R. The clear waters are teeming with wildlife, making it excellent for snorkelling and diving. 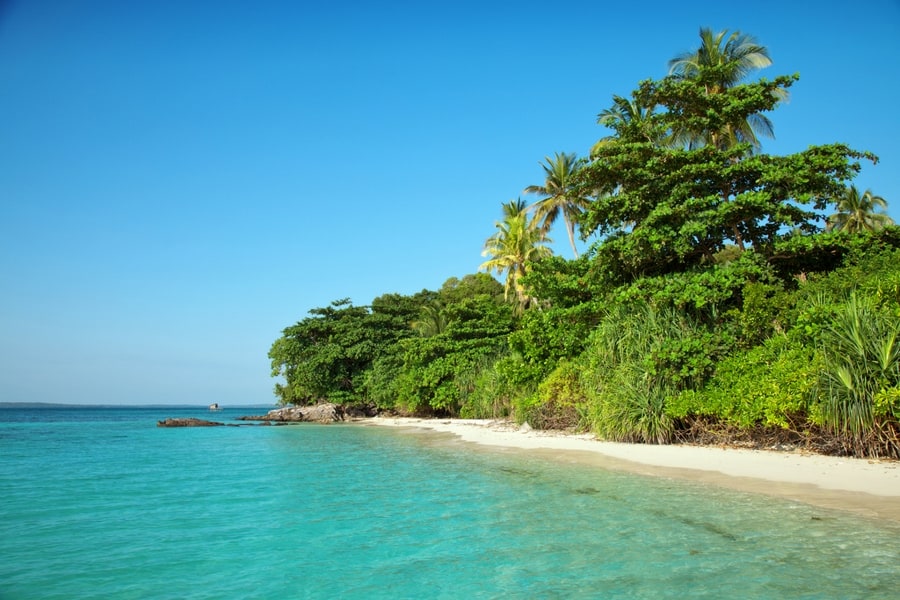 Above: The beautiful white sand beaches of Karimunjawa

Continuing our travels east, the volcanic massive of Gunung Bromo rises from the lunar-like landscape of Bromo Tengger Semeru National Park. At 2,392 meters tall, Gunung  Bromo is not among the tallest of Indonesia’s mountains, it is rather the magnificence of the landscape it dwells in that sets it apart, an epic region of surreal beauty. 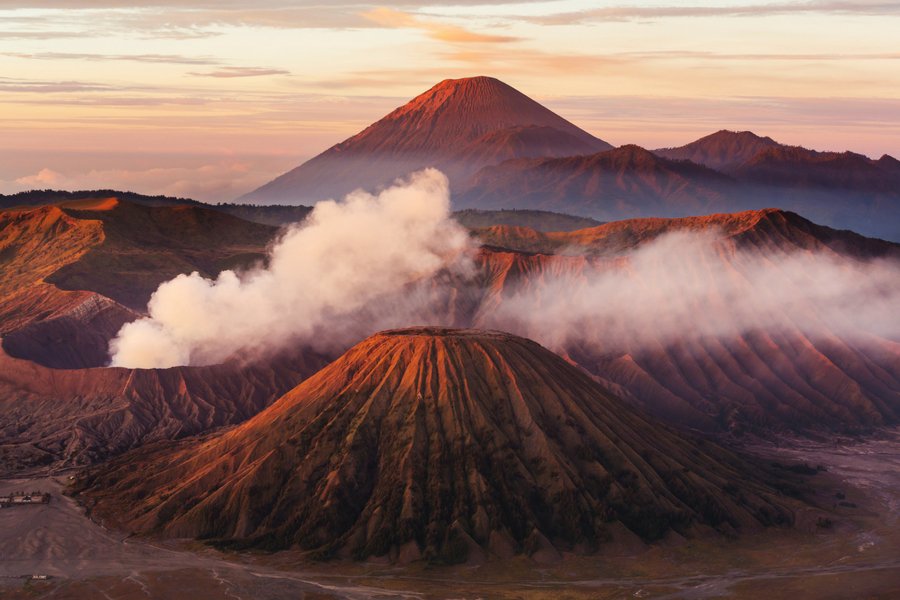 Last and certainly not least, Ijen is said to be the most beautiful volcano in the world, the stunning turquoise crater lake at its heart may look inviting but it’s highly corrosive. A trek here is not to be taken lightly. Nature can be unpredictable. The reward for setting off in the early hours of the morning to see the mesmerising blue flames and the sunrise over the crater are indeed  extremely enticing. Ijen Crater is one of only two places in the world where you can see the natural phenomenon known as blue fire, as sulphuric gas venting from the ground ignites, reaching temperatures of up to 600°C.

Tip: If this is something you are considering, this article has some great advice, The Complete Guide to Hiking Ijen Crater. 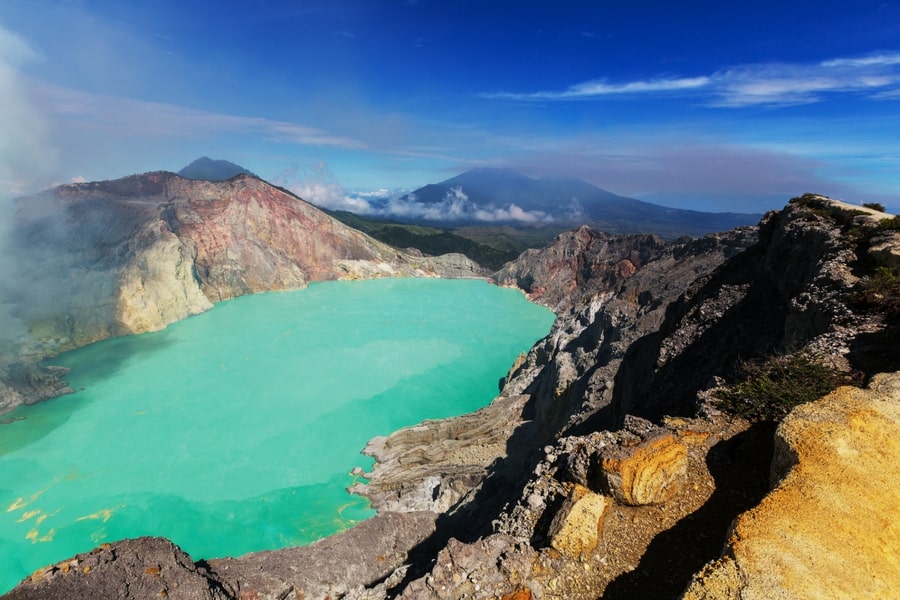 Above: The acidic crater lake of Mount Ijen

From the shoppers’ paradise of Bandung to the natural beauty of the volcanic landscapes, the ancient Buddhist and Hindu temples to the museums of Jakarta, there are so many wonderful things to see and do on this Indonesian island – a journey to Java must be hard to beat.

Brought to you in association with Traveloka 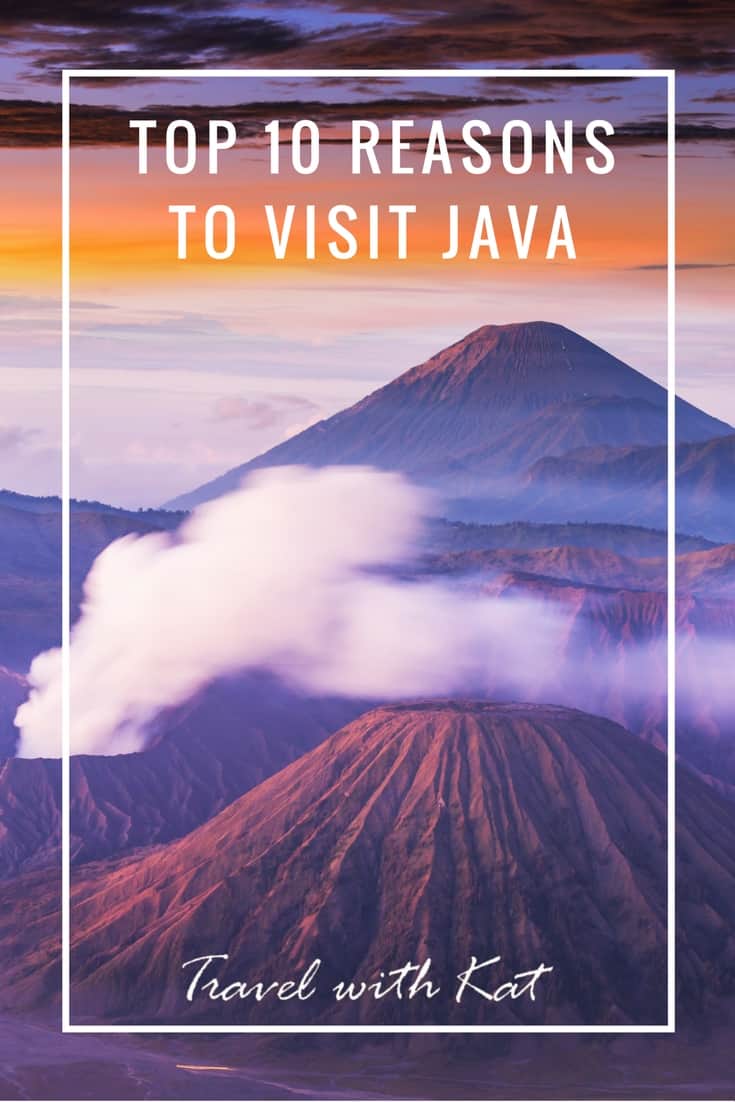