Midnight by candlelight and an early morning walk in Tromsø

Tromsø, over 217 miles north of the Arctic circle and over a thousand miles further north than I had ever been before in my life, is where my Arctic cruise began and ended. On our final evening in Norway we reluctantly disembarked for the very last time but Hurtigruten had one more treat in store for us, a concert at the Arctic Cathedral, a distinctive triangular building that is a striking feature of the Tromsø skyline.

Possibly the smallest cathedral I’d ever been in, this was the perfect setting for an intimate concert.

The lights dimmed and candles flickered as we sat in silence. Softly, a lone voice could be heard in the distance, gradually drawing nearer. Beautiful and bewitching, a second voice rang out.

The concert that followed was a superb collection of Norwegian folk tunes and hymns plus traditional Sami yoik (Sami are the indigenous people of Northern Norway, Sweden, Finland and the Kola Peninsula of Russia and yoik is a traditional Sami singing style). It really was a wonderful and uplifting way to spend our last evening, as you’ll be able to imagine if you listen to this video clip. This is not the performer we saw but a beautiful example of yoik. 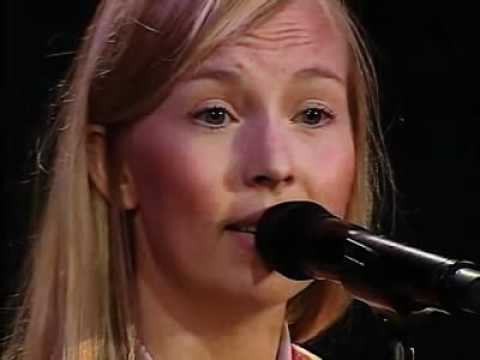 In the early hours we were driven to our hotel, which was on an island just off the mainland, and I was delighted to find my room had a view across the waters to the cathedral on the opposite shore. As I opened the curtains I saw our boat, the MS Richard With, sailing away into the night, on the next leg of its journey which ends in Bergen in southern Norway. I thought back over the wonderful time we had spent on board but my Norwegian adventure wasn’t quite over yet.

Geographically, Tromsø is made up of three parts – the mainland plus the island of Tromsøya (where our hotel, as well as the city’s airport, are located) and a second island, Kvaløy, and despite being so far north the climate is moderated by the warming effect of the Gulf Stream.

It was my last morning in Norway and I was so pleased that I had a couple of hours free to wander around Tromsø, before we had to leave for the airport, as I had only caught a glimpse of the town when we arrived. If I had had more time I would have loved to have gone on whale watching in Tromsø. It’s reputed to be an excellent location for it. However, exploring the town was pretty wonderful too. It has the highest number of old wooden houses in Northern Norway, the oldest house being from 1789 and, just as you would imagine any town in the Arctic circle to be, it was covered in snow. And the sun was shining in a clear blue sky.

Please join me on a photographic walk in the snow around this lovely town (while listening to the video perhaps!)

I was a guest of Hurtigruten throughout my Norwegian Arctic journey but, as always, these are my own, honest opinions. Thank you to all involved for such a wonderful experience.
I am also thankful that I have this blog as a record to look back on in years to come.