For thousands of years, turtles have been visiting the beaches of West Africa to lay their eggs. The few female hatchlings that battle the odds and survive into adulthood return to the very same beach of their birth, some 25 years later, to lay their own eggs. Yet last year, the hottest on record, for the first time in living memory, no leatherbacks were seen by the shores of The Gambia. And here, as well as on other beaches of West Africa, including the islands of Cape Verde, the numbers of green turtles dropped significantly.

The beaches of Cape Verde, Gambia, Guinea, Guinea-Bissau, Mauritania and Senegal are important nesting sites to five marine turtle species namely, green, hawksbill, loggerhead, leatherback and olive ridley. All five species are categorized as endangered or critically endangered. They have many challenges to face during their lifetimes with as little as one in 1,000 surviving to adulthood. While their natural obstacles are great, it is the man-made threats that are driving these ancient seafarers towards extinction. 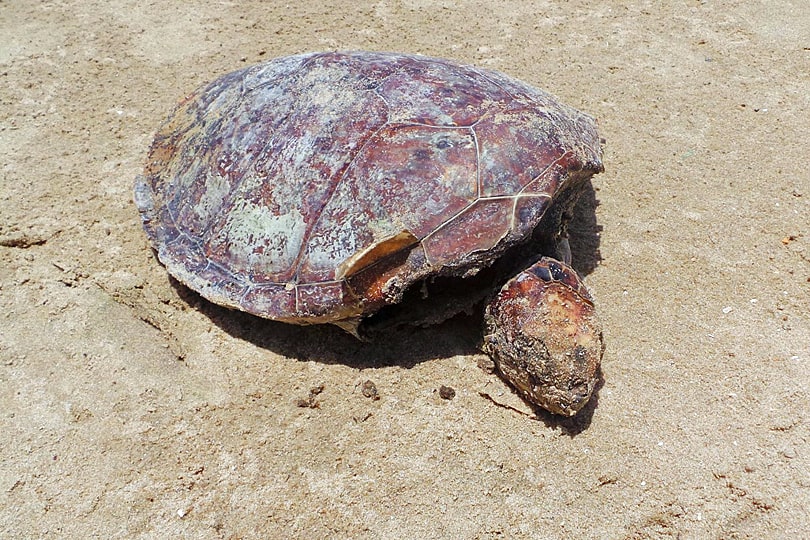 above: Dead turtle on the shores of The Gambia (courtesy Turtle SOS The Gambia)

Though I’ve been visiting The Gambia regularly for over ten years now, up until recently, I was completely unaware that turtles nested on the beaches here. I’ve a keen interest in both responsible tourism and wildlife so when I stumbled across the Facebook page, Turtle SOS The Gambia, I was immediately curious. So, on my next visit to The Gambia, I set out to find out more.

Turtle SOS The Gambia is based along a 27km stretch of unspoilt, pristine beaches, known as The People’s Coast.

At Sandele Eco Retreat and Learning Centre, a beautiful eco-resort by the beach, it was my privilege to meet 5 members of Turtle SOS The Gambia. 5 people, from different backgrounds, different parts of the world even, working together to save the turtles. 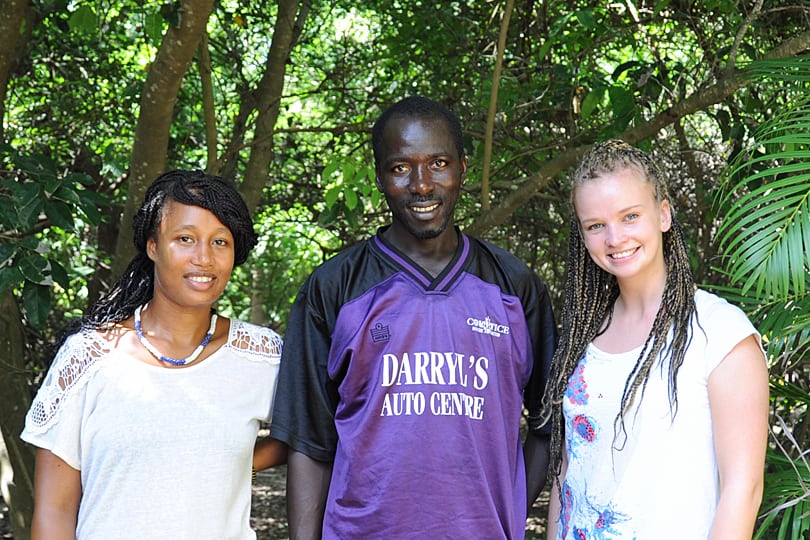 above: Eneida, Kabiro and Brigita

Brigita, a bright young lady with a sparkle in her eye, moved to the UK from her home of Lithuania for work. She went on to study at Brighton University and it was during her studies there that she visited The Gambia for the first time. She found it a life changing experience and having graduated returned to volunteer with the turtle project.

Eneida was born in Guinea-Bissau but grew up in Portugal. She came to the UK to study international travel management, also at Brighton, and is currently, on a placement in The Gambia, volunteering with the turtle project. It is her dream to one day return to Guinea-Bissau to promote responsible tourism there.

Kabiro was born and grew up on the Gambian coast. He had a natural affinity with wildlife and for many years, seeing that the turtle population was declining, he tried to stop people eating both the eggs and the adult turtles. The villagers, didn’t take him seriously and teased him with the nickname ‘Turtle Security’. Geri, from Sandele heard about Kabiro and when she and the WWF were looking for people to work together to protect the turtles, Geri invited Kabiro to join them. 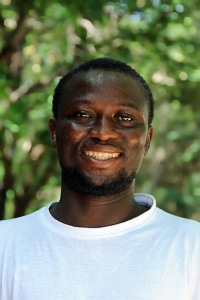 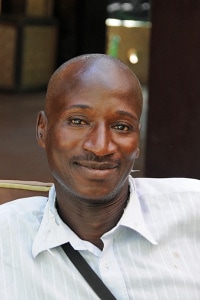 Fellow Gambian, Gilbert (pictured left) studied sustainability and permaculture in Germany and has been instrumental in introducing these practices in The Gambia in particular in the village of Kartong, the first ‘green’ village in the Gambia but that’s another whole story in itself.

Most intriguingly of all perhaps, I was introduced to former turtle poacher, Landing (pictured right). He too noticed the number of turtles was declining some years ago and realised that if they continued to hunt them there would soon be none left. When the World Wide Fund for Nature (WWF) and Geri, spoke to the hunters in 2014, Landing had already stopped poaching. He is now part of the wonderful team working to save the turtles of The Gambia.

When I found out more about Landing’s story I began to understand why so many people hunted the turtles, despite their dwindling number and it being illegal.

For 15 years Landing worked as an unqualified teacher, originally earning just 150 Dalasi a month – that is less than £3. Over the years this slowly rose to 500 Dalasi a month – a still shockingly low amount and not enough to feed, clothe and house himself, let alone a family. Landing already had a wife and many children, when his brother died. Wanting to look after his brother’s family he married his brother’s widow and took in her six children to raise as his own. The numbers speak for themselves. In the year 2000 Landing gave up teaching and turned to poaching. He told me how he could make as much as 600 or even 700 Dalasi from one turtle “Even in one day, I could catch two!”  So despite it being illegal, he and many others hunted the turtles.

The turtles face many natural obstacles. The mothers must lay their eggs far enough away from the sea so that the eggs are not washed away. And although the eggs are buried in the sand, dogs, monitor lizards and even crabs dig them up to eat them. Sometimes cows wandering along the beach tread on the nests accidentally destroying the eggs as they go.

In recent years beach erosion has also taken its toll on the turtle population yet the further from the water’s edge the females make their nests, the further the hatchlings have to crawl to get to the water. It’s a dangerous journey and many are taken by birds.

Once swimming out at sea swordfish, fishermen’s nets and discarded plastic are just some of the dangers they encounter, and locals slaughter the turtles for their eggs, meat, skin and shells.

So that the turtles have a fighting chance of survival, the thirty plus volunteers of Turtle SOS The Gambia organise a night patrol of the 27km stretch of the beaches around Kartong, protecting the turtles and the nests and collecting data as well as simply observing the turtles. 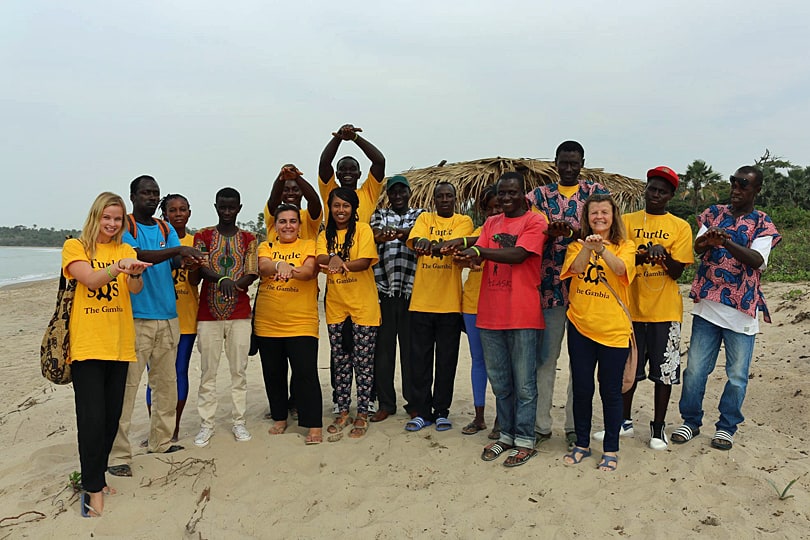 above: Volunteers on the beach near Kartong (courtesy Turtle SOS The Gambia)

But protecting the turtles is only part of their mission. They also visit the nearby villages educating school children and the communities about the value and vulnerability of the turtles.

Gilbert, who remembers flying kites when he was young, suggested holding a Kite Festival in November last year in a bid to try to revive this lost part of the local culture as well as promoting the aims of Turtle SOS The Gambia. It was a great success attracting many locals and also tourist and I’m sure it will become an annual event.

This year Turtle SOS The Gambia have applied for funding to employ some of the volunteers, build a hatchery and an observation centre, work on which is already underway in Kabiro’s home village of Samboya. It is hoped that the observatory will attract tourists providing an income to support conservation work. Keep up-to-date with the projects work by following their Facebook page, Turtle SOS The Gambia. Sadly, it may already be too late for the leatherback turtles but let’s hope it is not too late for the green turtles as well. If we are very lucky, perhaps one day other species will return too.

Climate change is without doubt threatening the survival of many species around the world. As sea turtles use both terrestrial and marine habits during their life cycle, it is predicted that global warming and rising sea levels will have a devastating effect on their numbers.

In December last year I joined the People’s March in London in a desperate hope that it is not too late to stop this phenomenon. I believe one of the biggest things, however, that we can do as individuals, is to greatly reduce the amount of meat and dairy products we consume. The animal farming industry is a far greater contributor to climate change than most people realise.

We are at a pivotal moment in our history. It is only with a real commitment and determination to fight climate change, that we will be able to create a future where people and nature thrive. 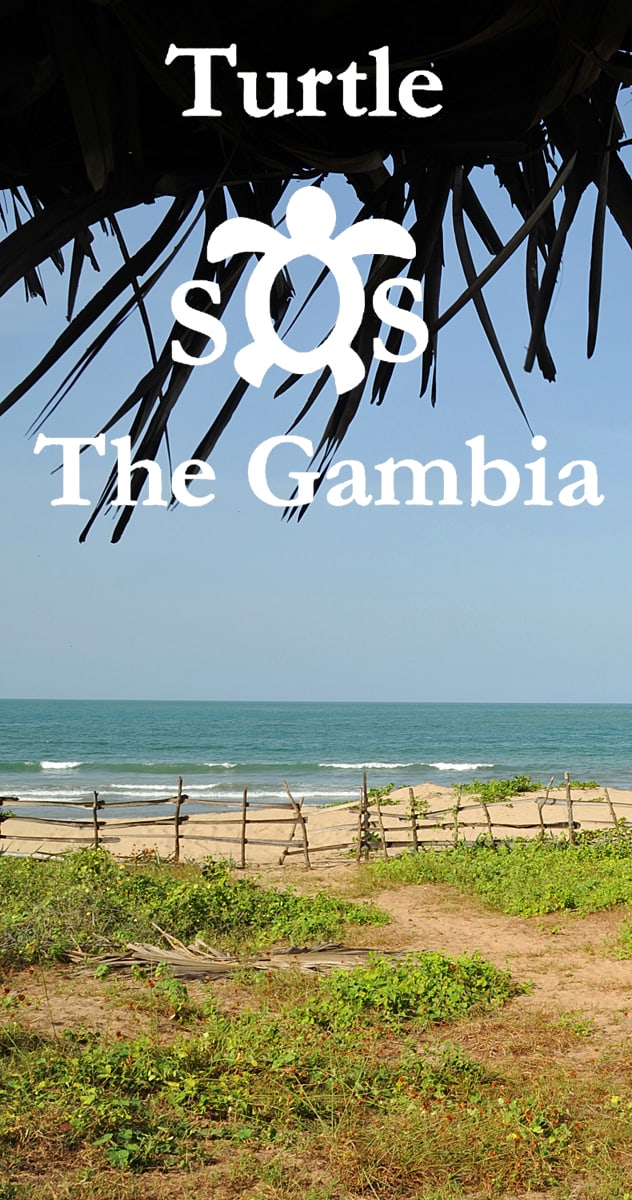 As I made my way through the lush greenery of giant ferns and towering palm trees I could hear the...