A slice of lemon with your barnacles, madame? 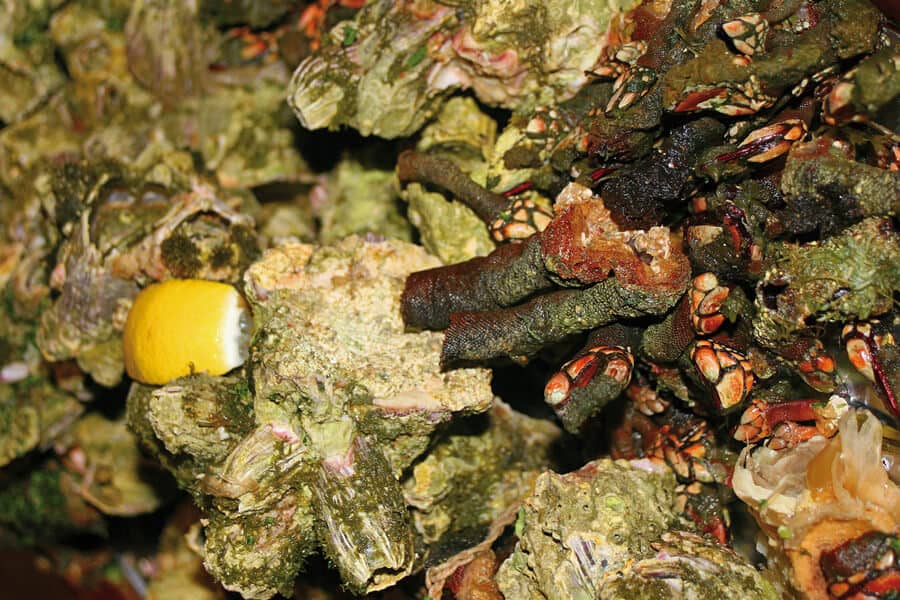 If I spot something unusual on the menu chances are I’ll opt for that. Discovering weird food around the world is part of the fun of travelling. I’ve crunched my way through scorpions, nibbled locusts and enjoyed ostrich steak. But every now and again, I come across something a little hard to stomach.

Weird food around the world

I was somewhat bemused one evening when I was served a lump of rock covered in barnacles with a slice of lemon and handed something resembling a knitting needle to poke around with! These are cracas, a local delicacy on the islands of Cape Verde. After much prodding and poking, I’m afraid I decided that they were more trouble than they were worth. Alongside the barnacles, some odd looking purple fingers turned out to be perceves (sea fingers). I was a little more successful with these. Having broken off the end and peeled by the skin I tucked into this local speciality which tasted similar to squid.

Without a doubt, the worst thing I ever ate was in Senegal, a really lovely country with very friendly people and some excellent restaurants, many with a French influence stemming their colonial past. On a three-day whirl-wind photography trip I was invited to dinner at Hotel Espadon in Saly, a great hotel in a beautiful location on the beach. When I saw sea eurchins on the menu I couldn’t resist ordering them. My host suggested rather than have all six to myself that we have one each and I’m so glad he did. Imagine not-quite-set jelly made of seawater. Truly revolting but glad I tried it… just the once!

I came across them again in Puglia in Italy, where I was assured they are delicious. They were certainly fresh having just been plucked from the sea but the taste hadn’t much improved.

More recently, while travelling in Japan, I discovered that eel liver (in the black bowl below) tastes revolting and has a particularly unpleasant rubbery texture, chicken sushi is not a good idea and raw crab legs are fowl. Crab brain, however, I could just about stomach, but would not go out of my way to try again.

Unagi which is the freshwater eel itself, served over rice is absolutely delicious, however, it is an endangered species, so should be avoided (which I only found out after I got back from Japan).

Another pleasant surprise was the camel burger I tried while attending the Dubai Food Festival at a pop-up street food market on Kite Beach in Jumeirah. It was served with halloumi and a date and lime jam. I had heard camel could be tough and gamey but I found it to be tasty and tender.

Of course, what’s strange to a visitor, may be perfectly normal to a local, wherever you are in the world.

What weird food have you discovered on your travels? I’d love to hear your stories of the worst or most unusual thing you’ve eaten while travelling so please do leave a comment.