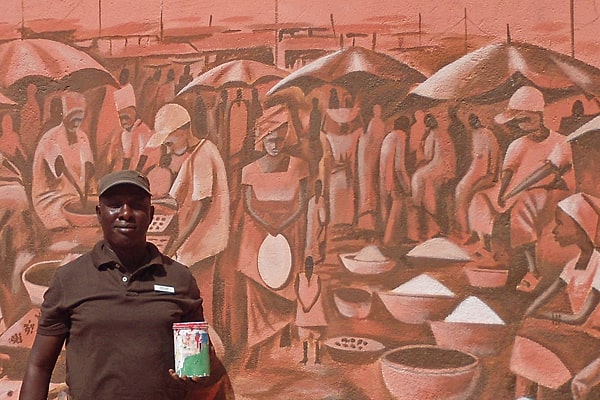 The Sheraton Gambia Resort and Spa is a lovely hotel built on the hillside beside the shores of the Atlantic Ocean. I have visited it a number of times on photographic assignments for The Gambia Experience, including when it very first opened but when I went there last month and stepped out of the taxi I immediately noticed a striking difference to the hotel, a lovely village scene had been painted on the wall outside reception. 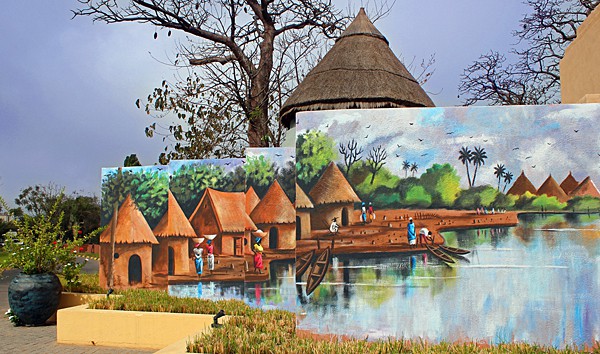 The artist, Ibrahim Sesay Jnr, was born in a small village in Tonko Limba, a Northern Province of Sierra Leone. A musician and dancer, Ibrahim started painting while in the refugee camps in Sierra Leone and later in Guinea.

While the brutal war in his homeland continued, Ibrahim managed to start a new life in Senegal, finally settling down in The Gambia in 2000. In 2002 the war finally ended but Ibrahim stayed in The Gambia, which he is happy to call his home.

His skill as an artist was first noticed by a former General Manager of The Sheraton who employed Ibrahim to entertain the children at the hotel with face painting on a part-time basis during the high season (Nov to April).

When Marc Wozniak , the current General Manager at The Sheraton, saw some of Ibrahim’s art, he was so impressed that he offered him a commission to paint murals on the walls of the hotel. 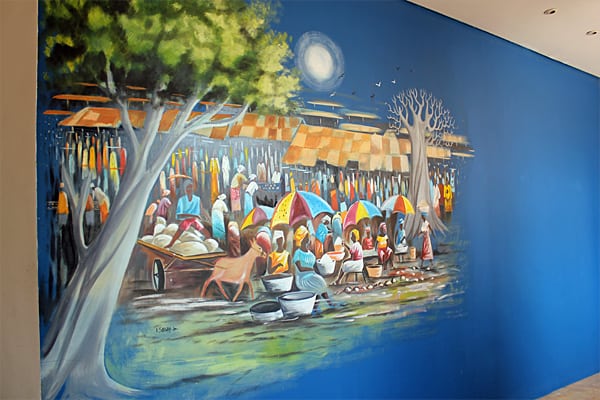 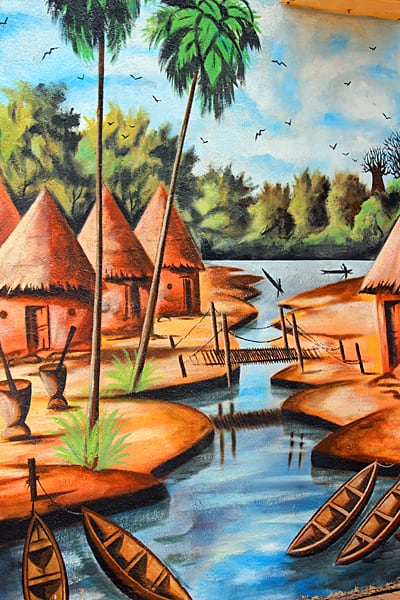 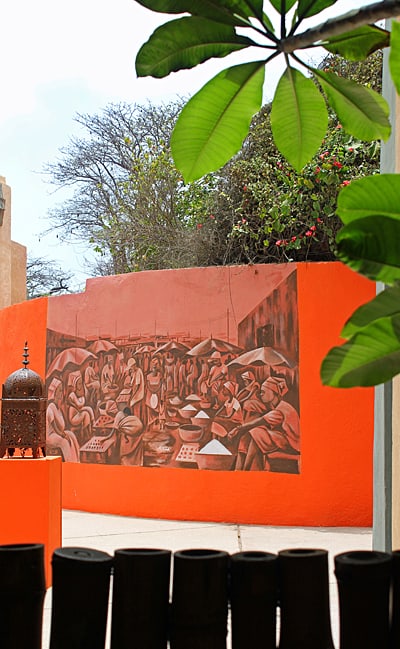 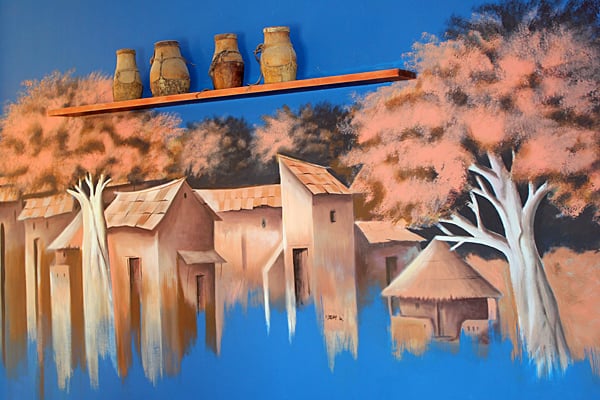 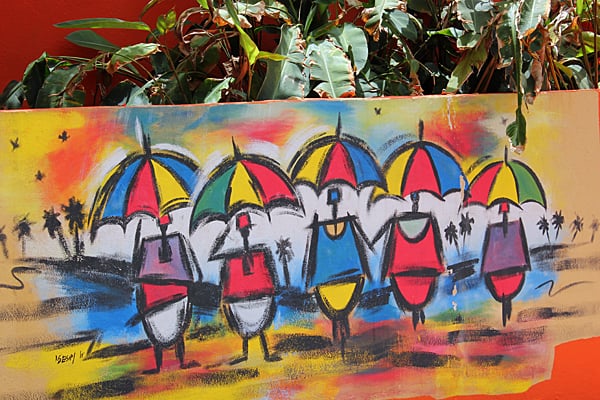 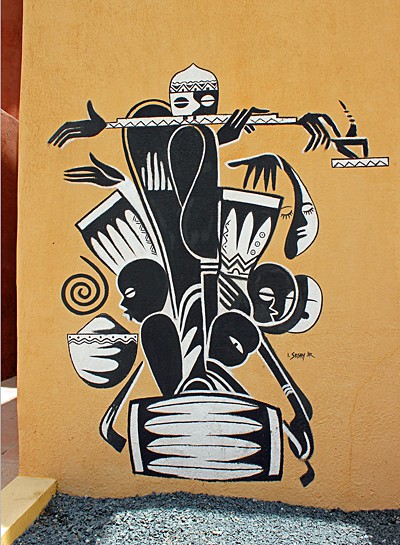 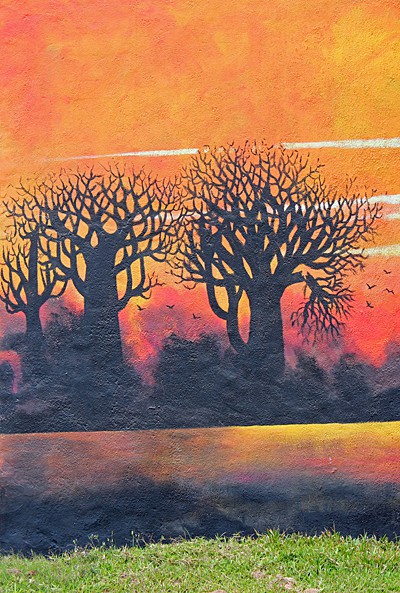 Having started painting as a form of escape in the refugee camps he now sells his work locally including from the Sheraton’s lobby where many striking pieces are on display. In his own words “I love art  because it allows the human being the freedom of expression.”

Ibrahim’s paintings now adorn many walls throughout the hotel. As I wandered around the grounds I discovered more and more of the colourful murals. I was particularly struck with the wonderful variety of styles Ibrahim had developed and how naturally his work fitted into the hotel’s landscape. I had always liked this hotel but now it seemed somehow different and all for the better – more relaxed, more at home and more rooted in Africa. 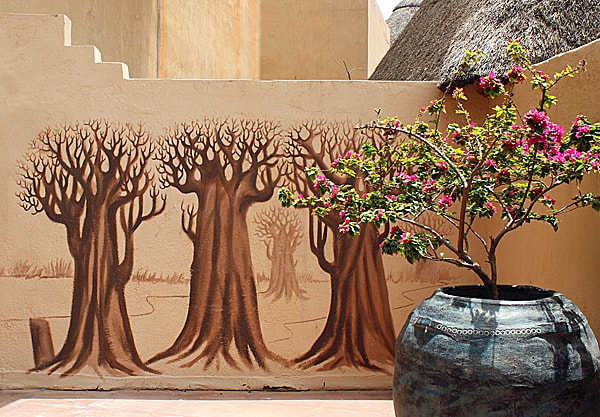 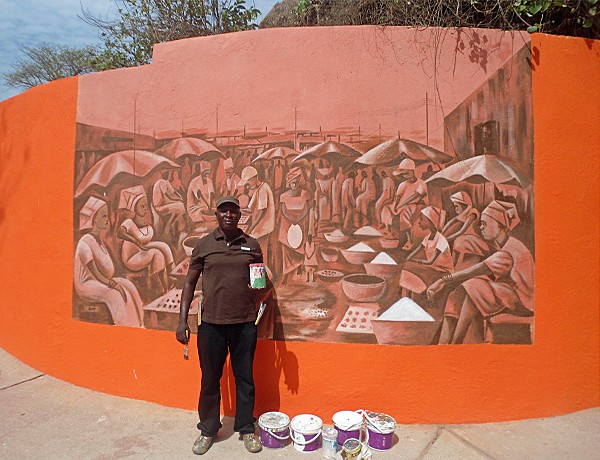 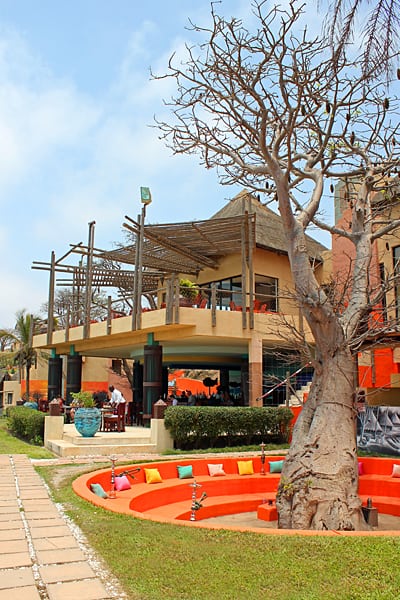 The Sheraton’s signature massage at the Naatange Spa, The Gambia, Boutique Travel Blog

On the trail of the mythical Kumpo of Kanuma, TravelWith Kat

Luxury in The Gambia, The Travel Hack