Dazzling winter scenes of Lake Superior on the Trans-Canada Highway 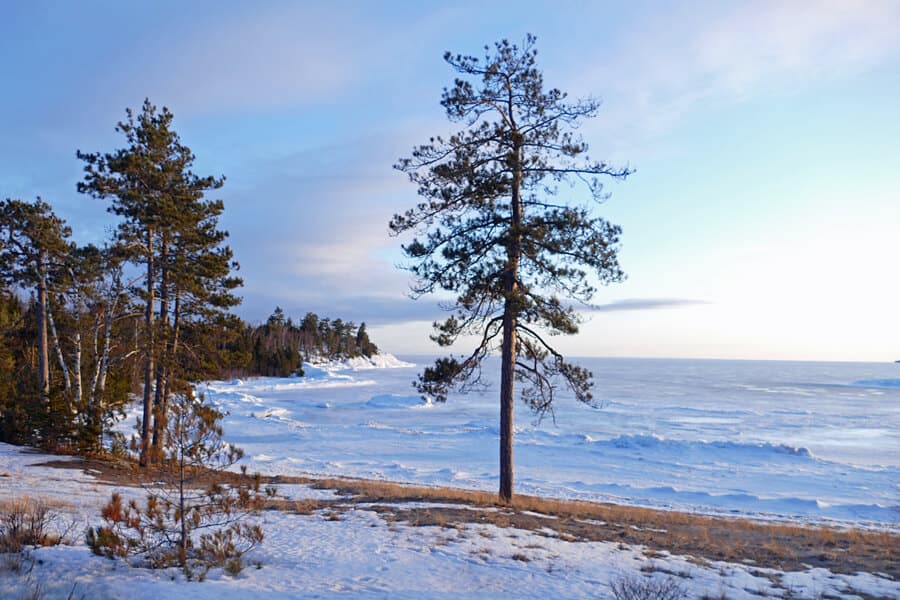 As the sun sinks low in the sky, a soft warm light falls on the trees that edge the shore of this mighty lake. The frozen water is covered in freshly fallen snow. It stretches out before me like an icy canvas in pastel shades of blue and lilac. Flecks of pink edge the smattering of clouds in the endless blue sky above. We have stopped on the return leg of a scenic road trip along the Trans-Canada Highway, where it snakes around Lake Superior in Ontario and passes through Lake Superior Provincial Park.

Our day had started in Sault Ste Marie, which lies on the Canadian border with the USA where the three lakes of Lake Superior, Lake Huron and Lake Nicolet converge. Once known as Baawitigong meaning ‘place of the rapids’ in the First Nations language of Ojibwe. In the late 17th century it developed as a fur trading post on both sides of the St Marie River, and was renamed Sault Ste Marie (St Marie’s Falls). It’s one of the oldest French settlements in North America.

Today the city is bisected by more than just the river. The south bank is in Michigan, USA and the north in Ontario, Canada – two separate cities with the same name!

It is at Sault Ste Marie that the Trans-Canada Highway turns north before following the shores of Lake Superior, along one of the most scenic routes in Canada. It may be spring, but Mother Nature seems to have forgotten that it will be April in a couple of days, as Ontario is gripped by the coldest weather ever recorded for this time of year. Luckily we had plenty of warm clothing to keep us cosy, an essential when visiting Canada in winter or, in this case, a winter-like spring. 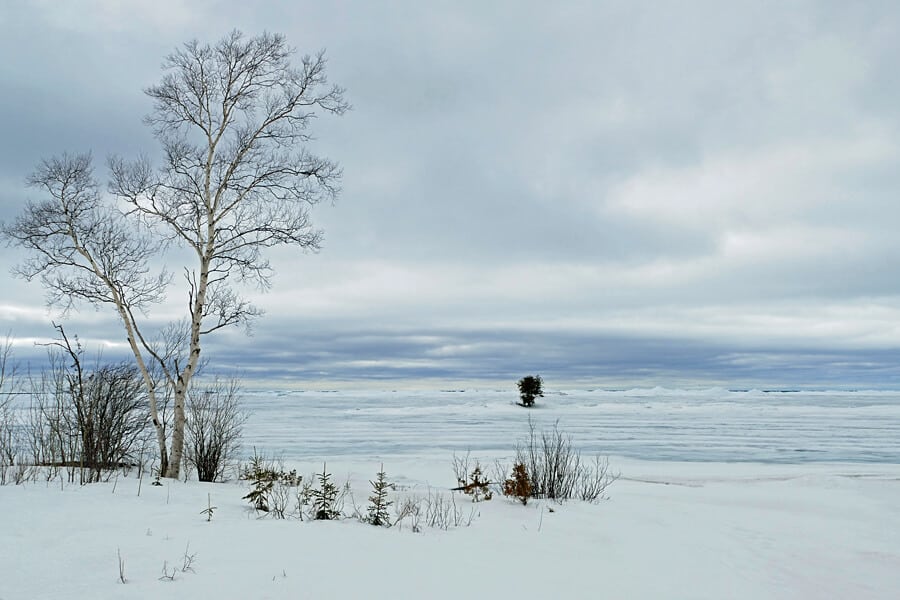 At Alona Bay, our first picture-stop of the day, the view of Lake Superior is rather misleading. I’m gazing out across the largest freshwater lake in the world by surface area, but I can’t be certain where the land, lake and sky begin and end. It’s a mesmerising winter landscape like none I’ve ever seen before.

As we drive along the clouds lift and a glorious blue sky emerges. Normally, at this time of the year, the rivers flowing into the lake are brimming over with meltwater forming waterfalls and cascades, but this year the thaw is late. We were hoping to catch some snow during my first spring-time visit to Canada, but we never imagined we’d be seeing quite so much of it! 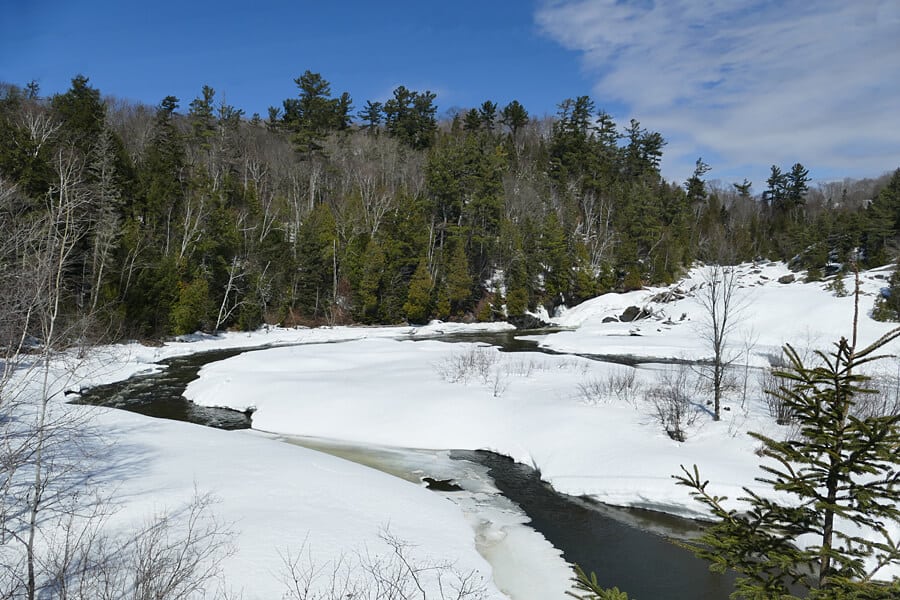 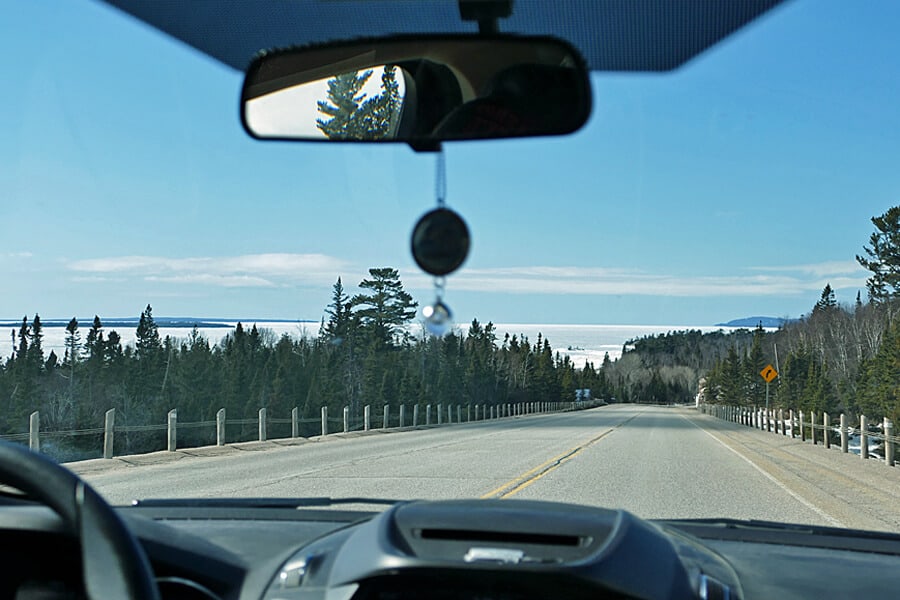 At Wawa, a remote town, originally a fur trading post and then in the late 19th century a mining town (gold and iron ore), we are greeted by a giant statue of a Canada goose. I later discover Wawa is the Ojibwe word for goose. We stop for a leisurely fish ‘n chips lunch of pickerel, a type of pike caught in Lake Superior, before heading back the way we came.

The sun is getting lower in the sky and the views on our return leg are even more beautiful in the golden hour, that time before sunset when the sunlight casts a warm glow on the world. 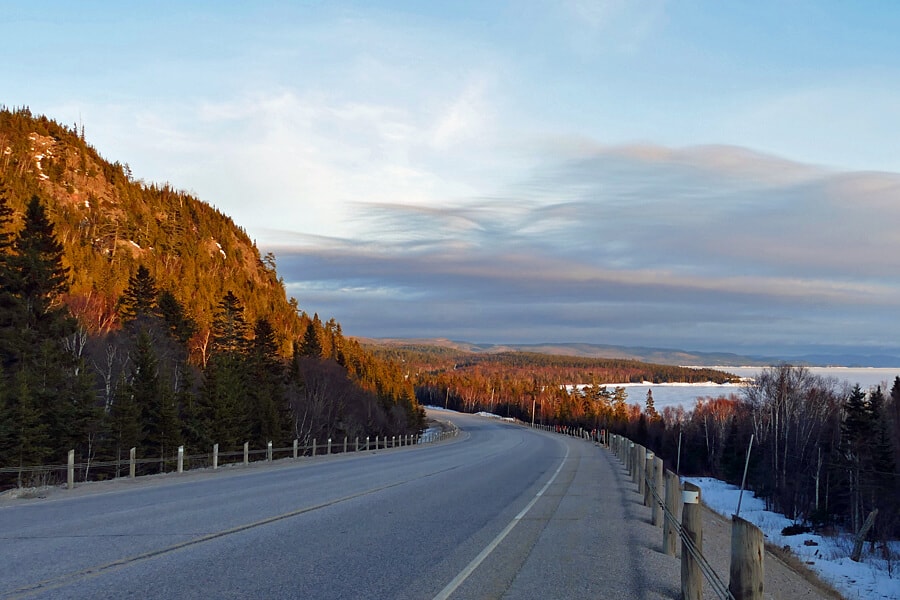 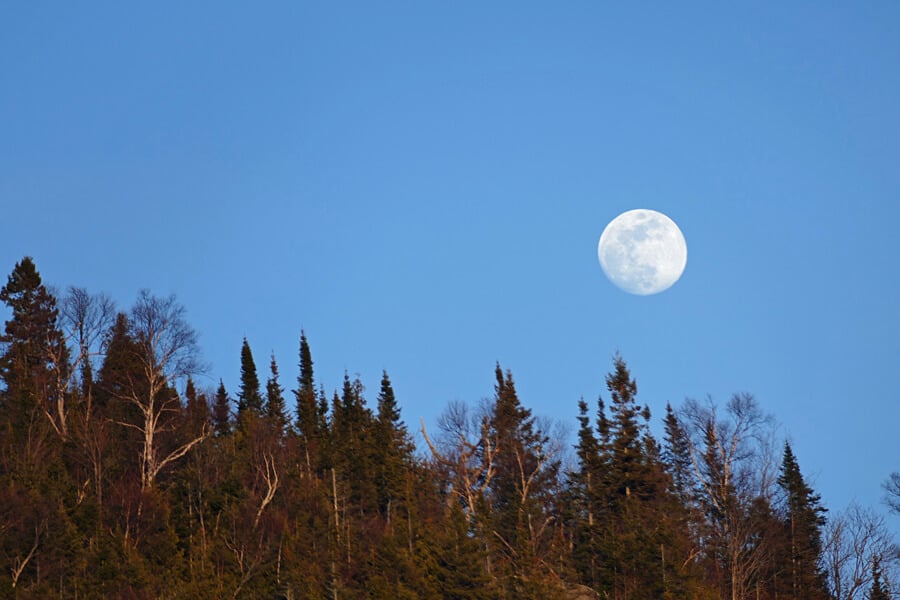 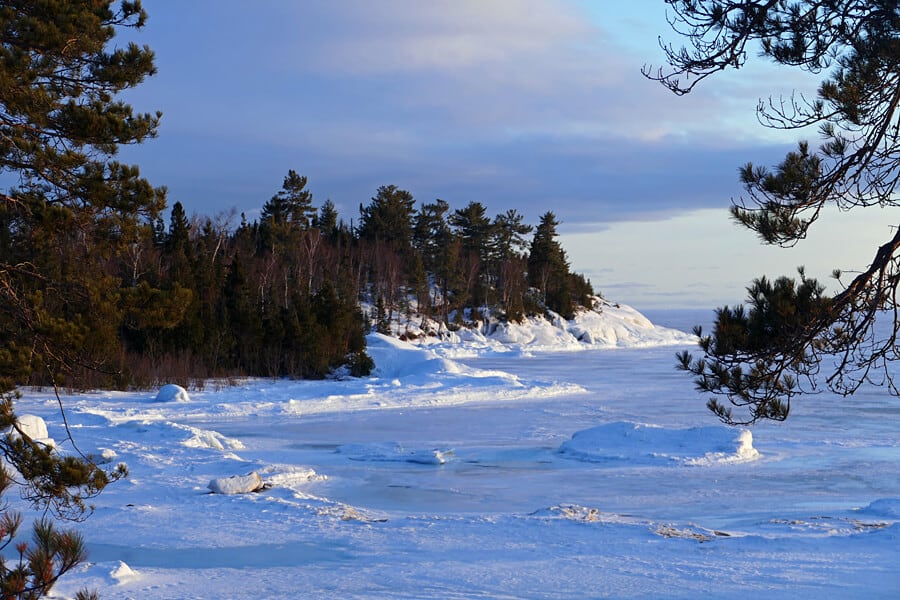 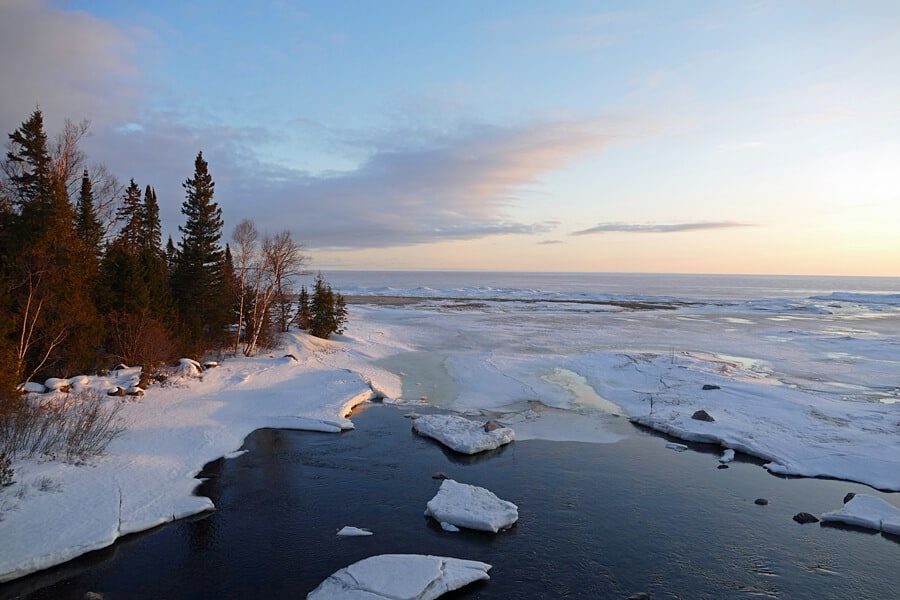 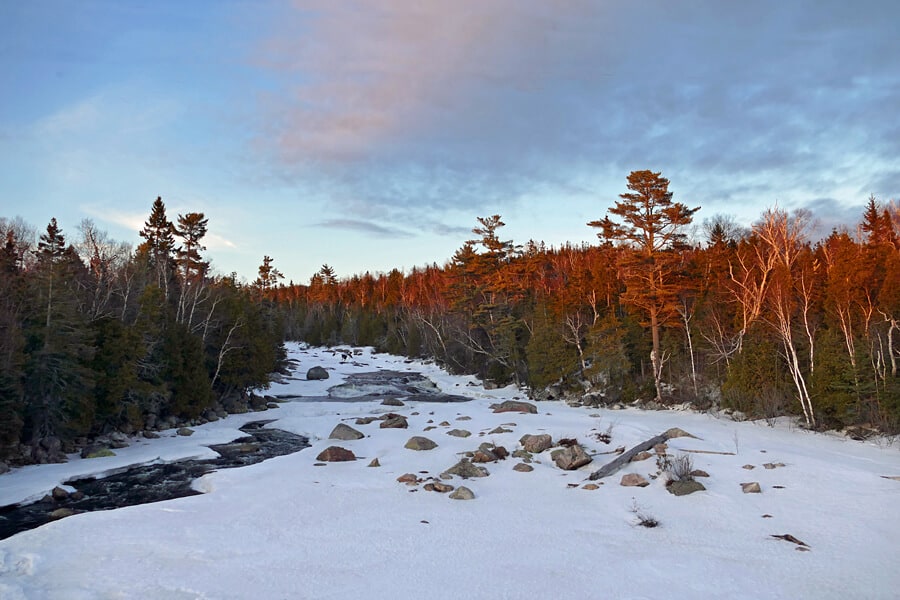 How different the views along the highway must be in the summer or autumn! I long to return, hopefully, to catch the fall foliage, and there’s a train I want to catch too, to the stunning Agawa Canyon. There’s a ticket with my name on it!

Driving the Trans-Canada Highway – please note that there are no petrol stations along this stretch of the highway so do make sure you’ve got a full tank when leaving Sault Ste Marie or Wawa. The drive is 141 miles each way and takes you through Lake Superior Provincial Park. The round trip takes approximately 5 hours (plus stopping time).

Flying to Canada  – I’ve flown to Canada many times now and I would highly recommend Air Transat both for price and reliability. You can read my Air Transat Review here.

I travelled to Canada with my husband, Neill, to celebrate Easter with his brother’s family. The flight tickets to Toronto were courtesy of Destination Canada – a prize in a blogger’s competition held at Canada House in London last year. All other expenses were at our own cost. We travelled with Air Transat from Gatwick to Toronto before catching an internal flight to Sudbury. From there we caught the bus to Sault Ste Marie where we stayed with relatives. A huge thank you to you all for being such fabulous hosts. 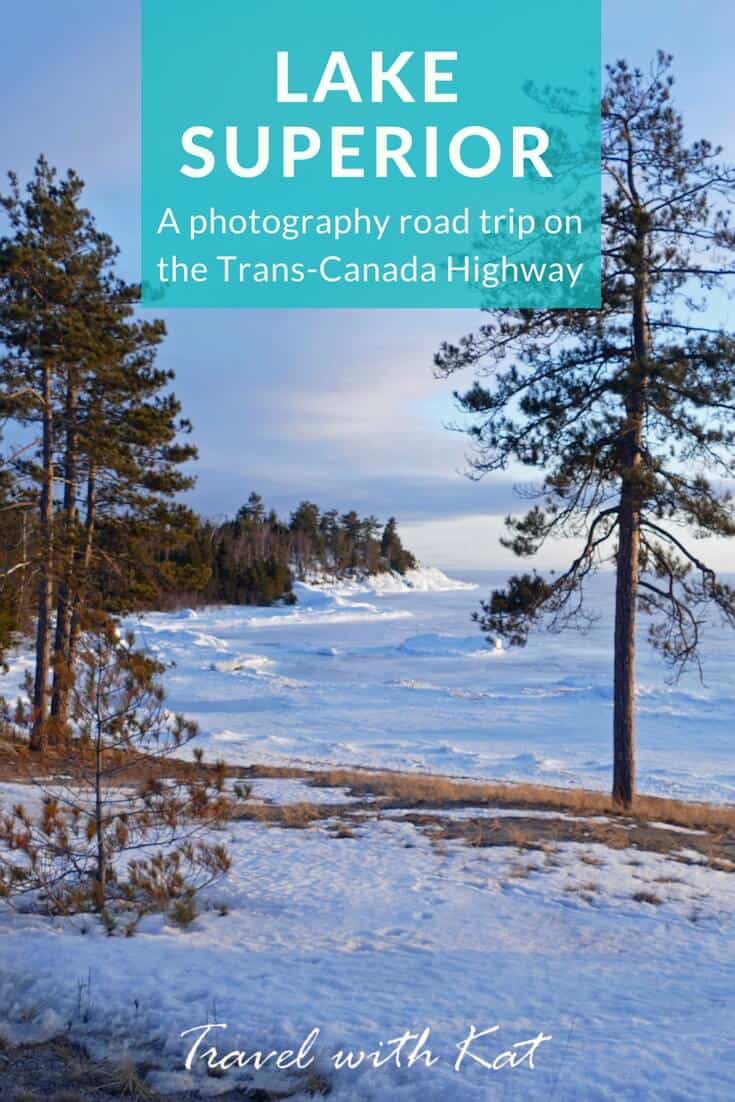 Top 20 cities in Canada for the best food and drink

Let me take you on an edible journey around Canada with the help of my fellow food and travel writers...