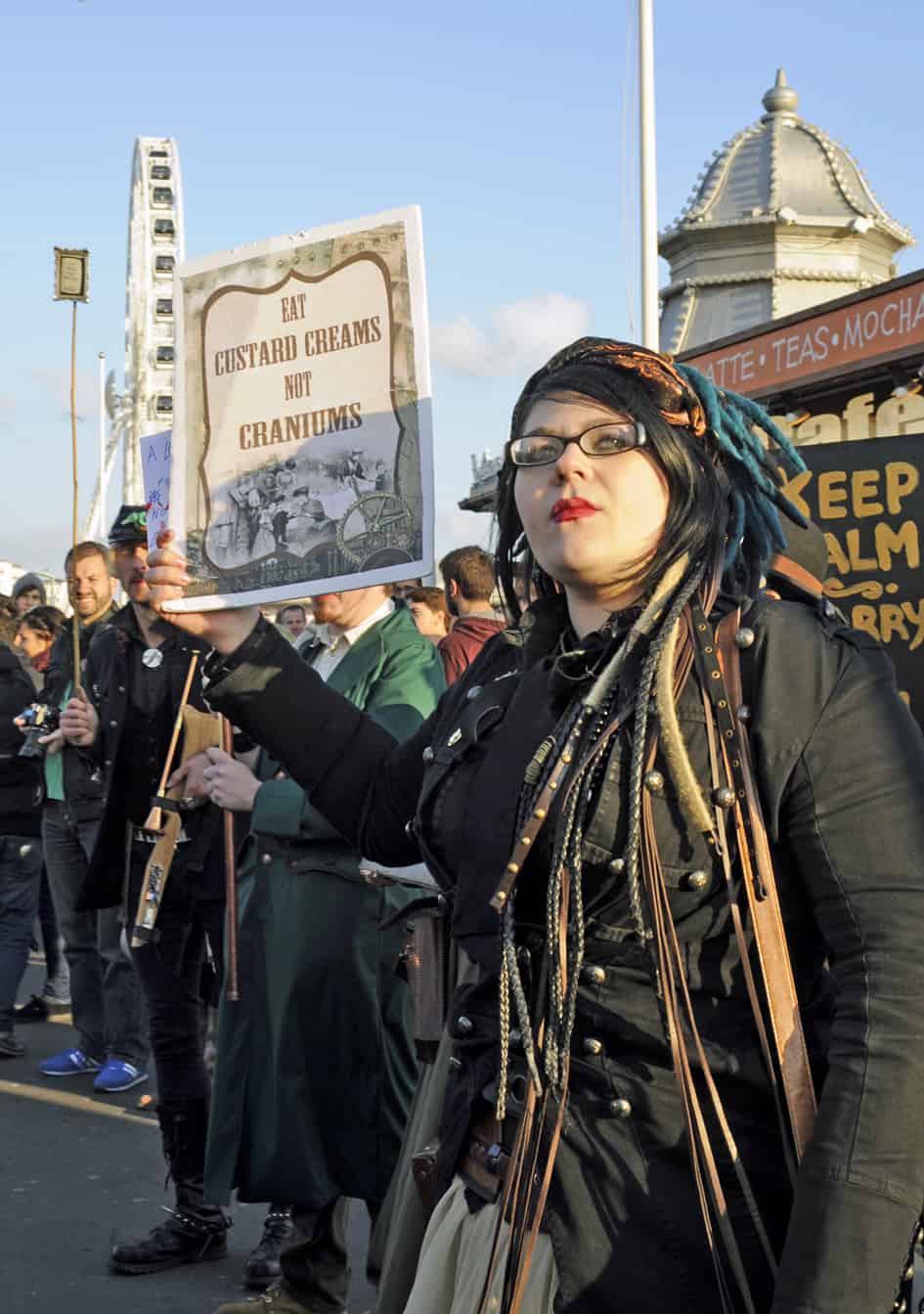 Locals and tourists alike looked on in horror as Halloween arrived early to the normally easy-going and friendly seaside resort town of Brighton on the south coast of England this afternoon. 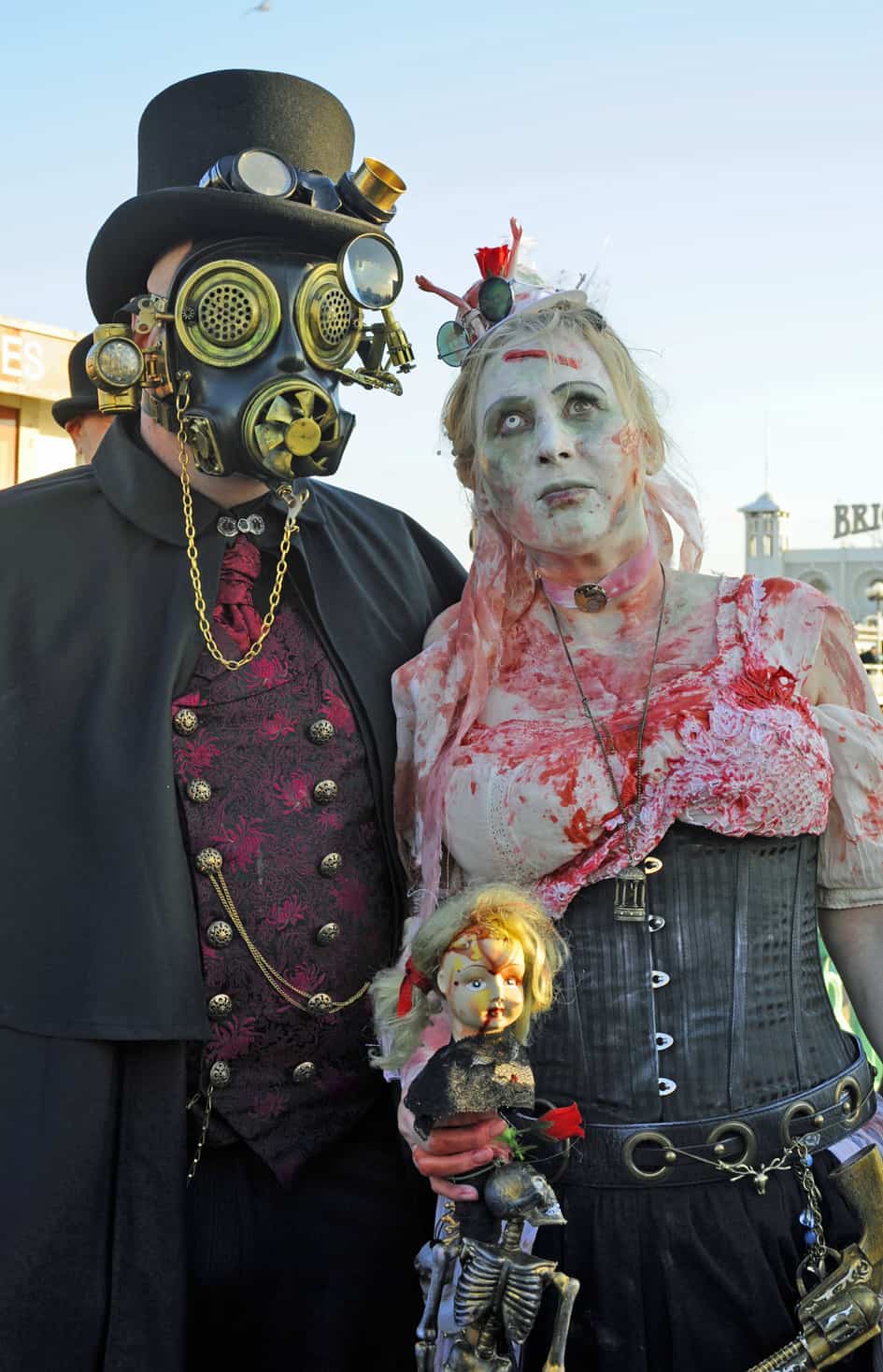 Thousands of zombies appeared from nowhere, to the dismay of many a bemused onlooker, and congregated in Victoria Gardens by the famous Brighton Royal Pavilion. Driving through the town’s shopping centre became a daunting prospect as the zombie parade wound its way through the town to the seafront.

While zombies protested for equal rights, a small group of brave (or should that be foolhardy) living protesters and reformed zombies defiantly stood firm, in front of Brighton’s pleasure pier, pleading with the undead to take-up their offer of a 12 step rehabilitation programme.
“A brain is for life, not just for breakfast!” 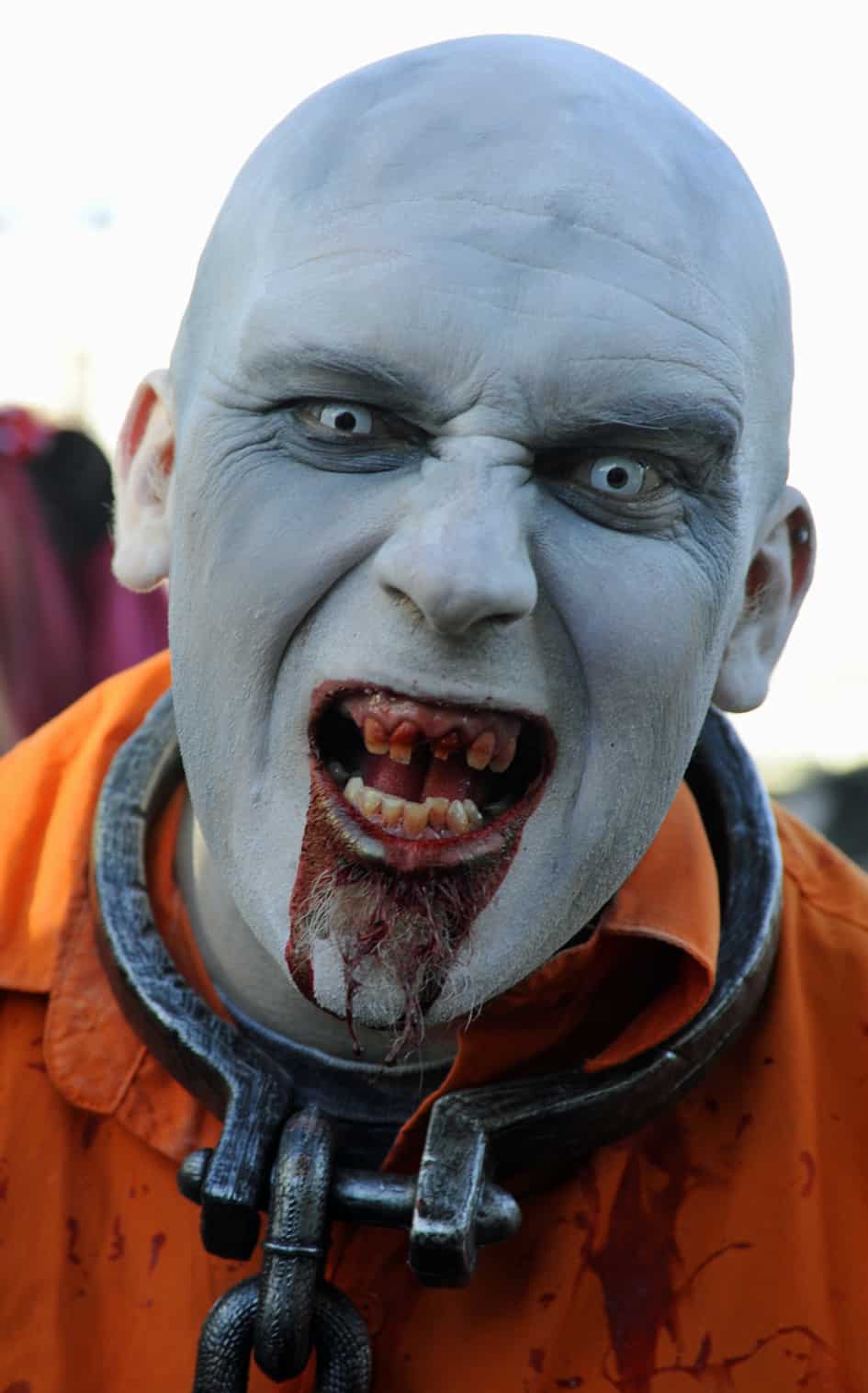 More, seriously gruesome, photos on facebook. You have been warned!

Brighton’s Beach of the Dead was first held in 2007, with just 40 zombies walking through the streets of the historic seaside town in East Sussex. The event grew massively every year, becoming a huge spectacle. In 2011 over 3,000 people dressed in some very intricate and creative outfits shuffled, groaned and swayed along with a blank look in their eyes through the streets of Brighton.

Eventually, the event simply became too popular and with growing financial costs became unviable. For a couple of years, a smaller zombie walk was held on the seafront rather than walking through the town. Zombies had to pre-register and numbers were limited to just 500 participants in 2017, the last year it was held.

Will it return? I hope so.