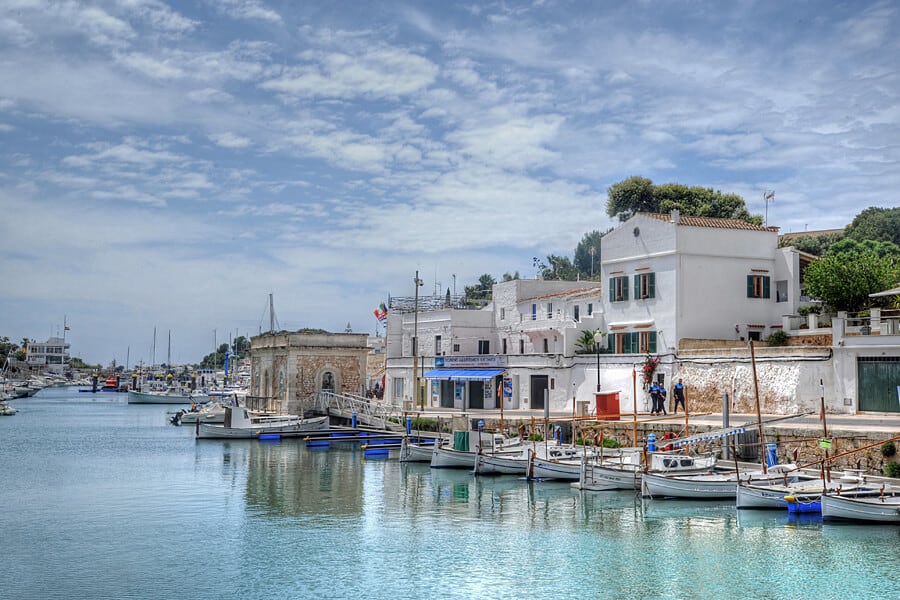 With sumptuous seafood, great wine, not to mention the local gin, a rich ancient history and the natural, wild beauty of its countryside and coastline, it’s really quite surprising that the Spanish island of Menorca is a largely undiscovered island. I love it for many reasons, not least because it brought the world mayonnaise! But if you have yet to discover the smallest and least well known of the Balearic Islands, here are my top ten of things to do in Menorca. Read on or skip to the end of the post to watch my Menorca Top Ten video.

Top 10 things to do in Menorca

1. Eat seafood at a harbourside restaurant

Menorca has no end of excellent seafood restaurants, but I do particularly love the ones with a view of the water. S’Amarador, overlooking the pretty harbour in Ciutadella, is one of the most famous. Another that’s well worth a visit is Es Port by the harbour in Fornells. Local specialities include seafood stews, lobster, grilled and baked fish and a wide variety of tapas including prawns, clams, mussels, anchovies and squid. 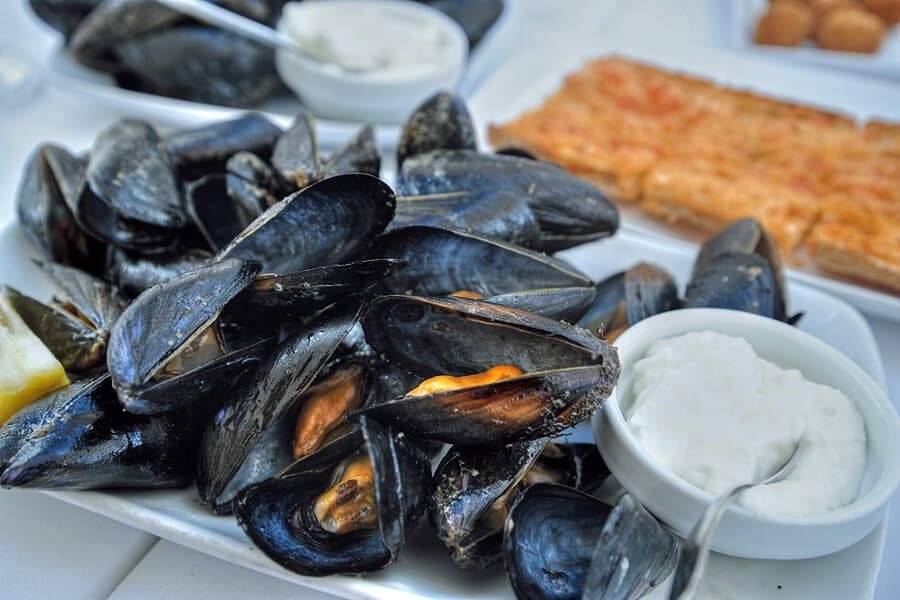 2. Explore the coast and countryside by foot, bike or horseback

The Menorcan countryside and coastline is superb. Whether you walk, cycle or go on horseback, you will have a great time exploring the island, with many spectacular views along the way. One particularly good route to try is the Cami de Cavalls, an ancient path that was recently reopened. In total, it’s a 186 km circular route around the island. The best time to enjoy it is out of season when it’s not too hot. 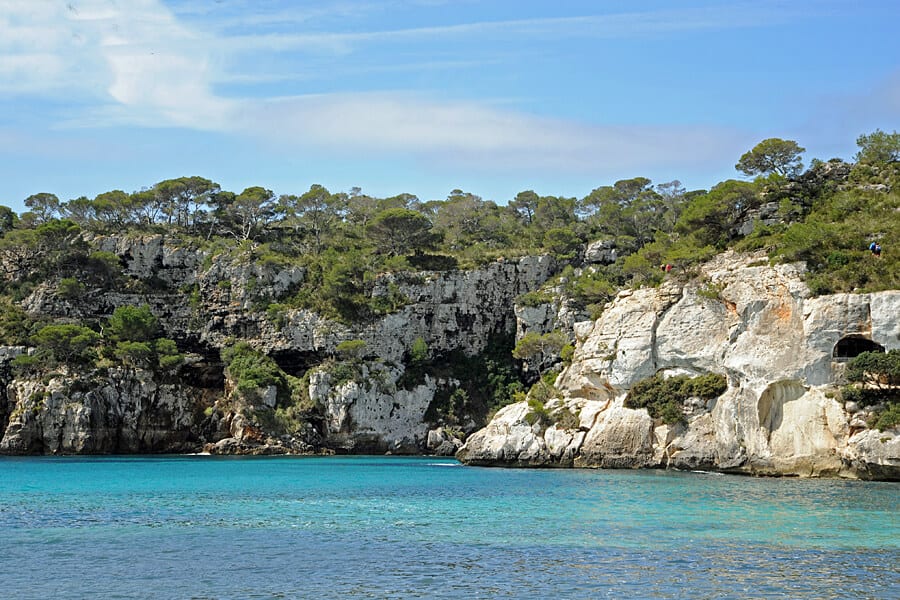 You’ll find the remains of towers, burial chambers and settlements from the Talayotic culture dotted all over Menorca. They’re fascinating places to visit and learn about. One of the most famous is Naveta d’es Tudons, a burial chamber dating back to around 1000 BC. 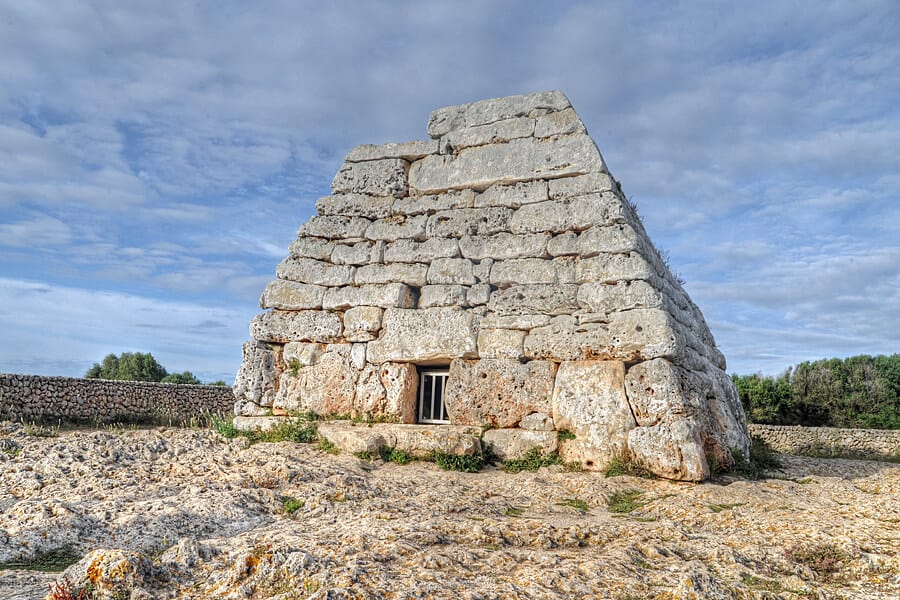 While it may be smaller than it’s better known sister island of Mallorca, Menorca has more beaches. With 216 km of coastline lapped by crystal clear turquoise waters, it a beach lovers’ paradise. Seek out your very own secluded cove, such as Cala Macarelleta, to enjoy it to the full. 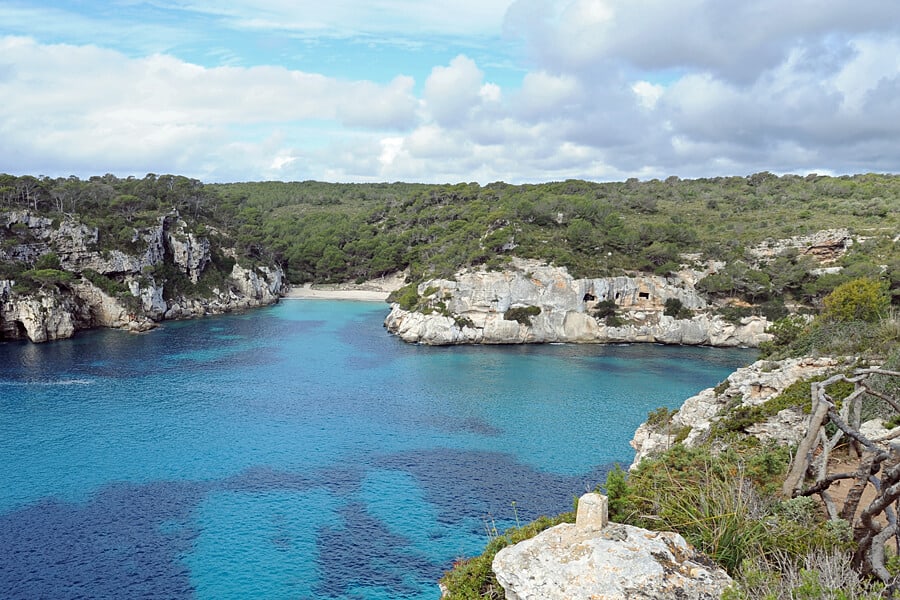 Menorca was named a UNESCO Biosphere Reserve in 1993 in recognition of its wide diversity of landscapes and the varied flora and fauna it supports. In fact, nearly all the animals and plants that exist in the entire Mediterranean are found on Menorca. The most significant region is possibly the S’Albufera des Grau Natural Park, an extensive area of wetlands, farms and coastline. At the northern end of the park is the lighthouse at Cap de Favàritx, where you’ll see magnificent views along the rugged northern coastline. 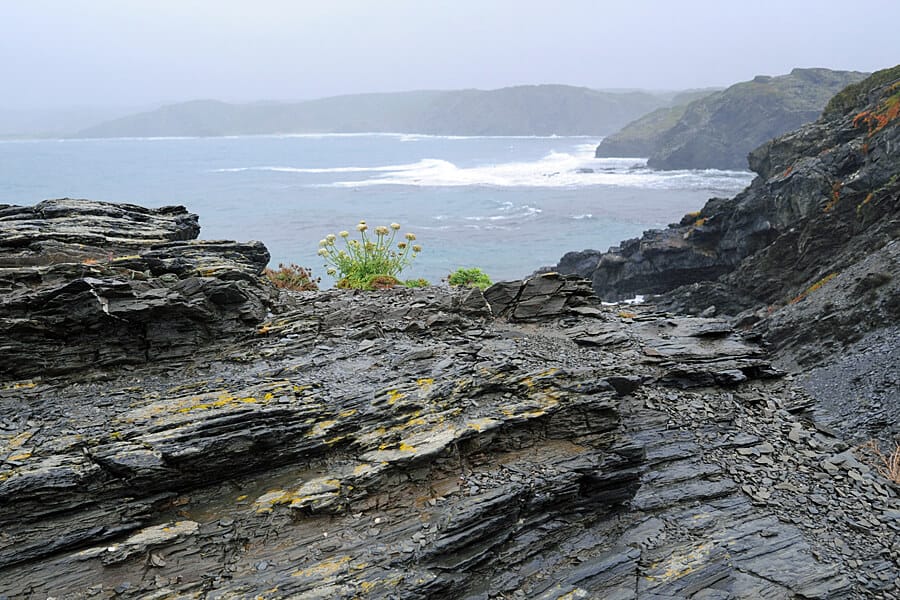 Menorca has an ancient winemaking tradition and there’s no doubt that it produces some excellent wines. There are 8 wineries on the island, the largest of which is Binifadet in Sant Lluis. They offer tours and tastings and have a very good restaurant there too, but be sure to book in advance as it is extremely popular. 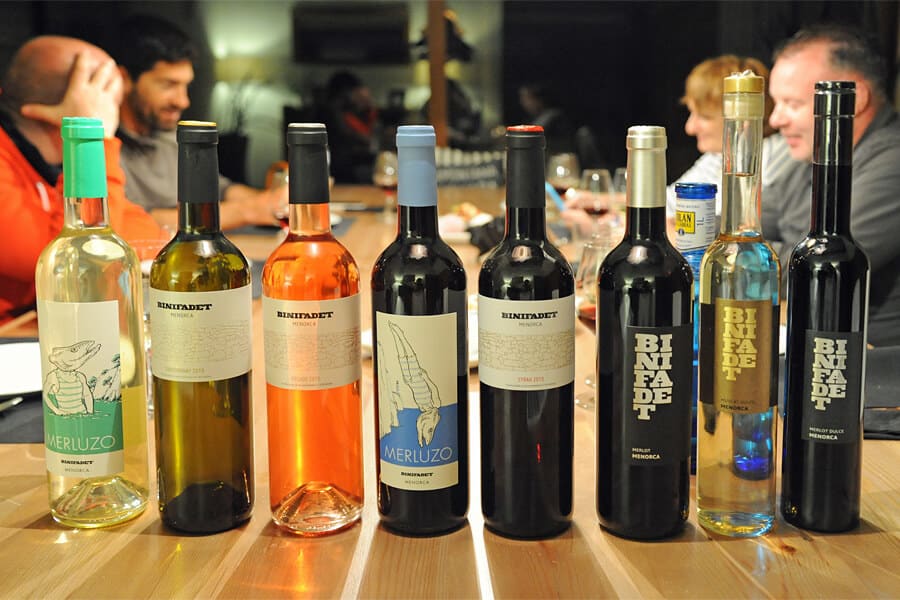 The best known cheese in Menorca is from Mahón. While still young it is a mild and creamy cheese, but as it is aged it hardens and develops a robust salty flavour. Avoid buying any that doesn’t have the creases left by the cloth it was wrapped in before aging. If it doesn’t have these creases, then it is mass produced rather than artisan cheese. You’ll find the real deal at Autèntic in Mahón on Plaça Esplanada .

You can try both the local wine and traditionally made cheese at another winery, Hort Sant Patrici. 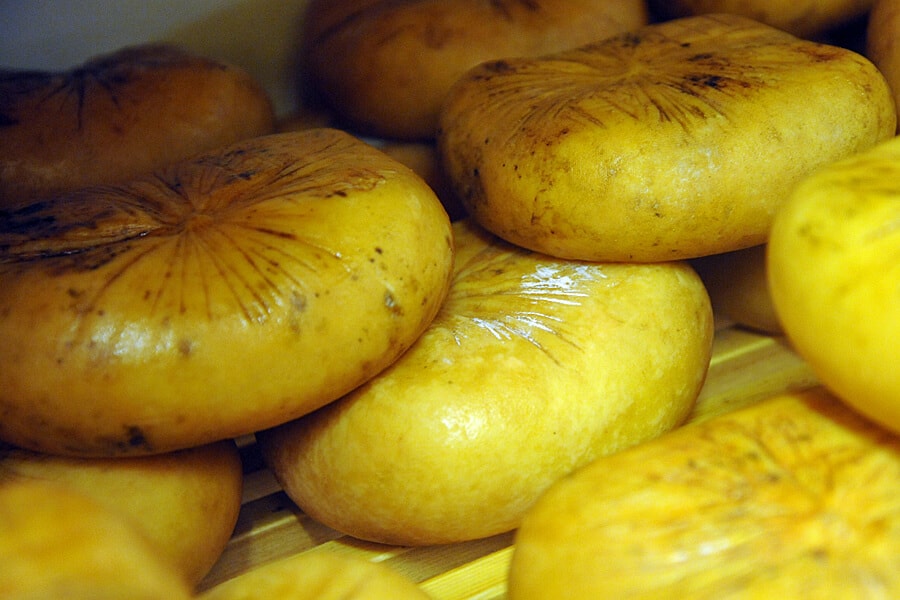 Check out more of my articles from Spain.

8. Take a walking tour of Ciutadella

The historic centre of Ciutadella is fascinating to explore with many beautiful buildings, which all have a tale to tell. The lovely peach coloured cathedral, completed in the late 14th century, is one of the few buildings that survived the 16th century sacking of town by the Turkish pirates. Another must is a stroll around the pretty harbour, where you’ll find my favourite seafood restaurant, S’Amarador. 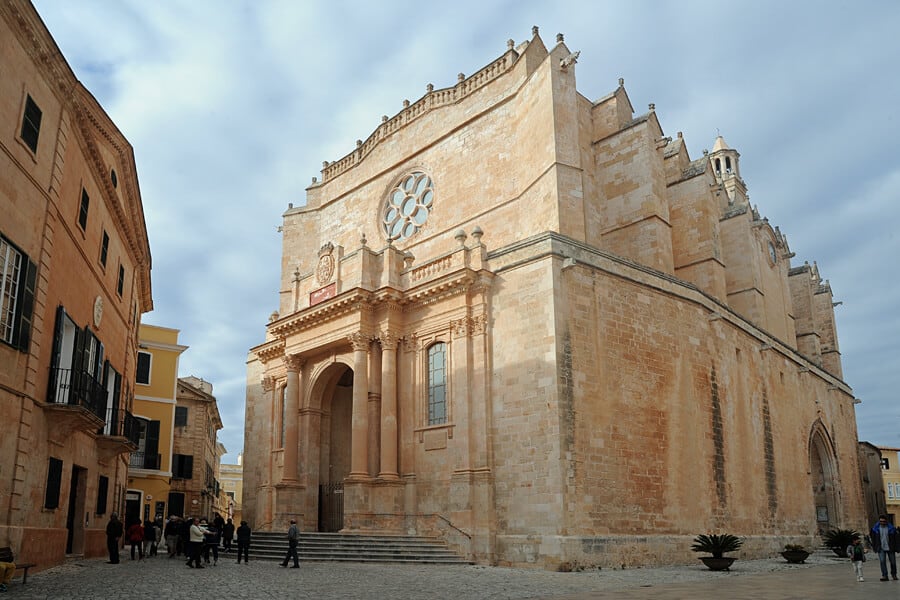 9. Admire the views from El Toro

At 342 metres high, El Toro (El Toro in Catalan or Monte Toro to give it it’s name in Spanish) is the highest point of Menorca. It’s considered the spiritual centre of island, and it has been a place of pilgrimage since the 13th century. And the views are spectacular. 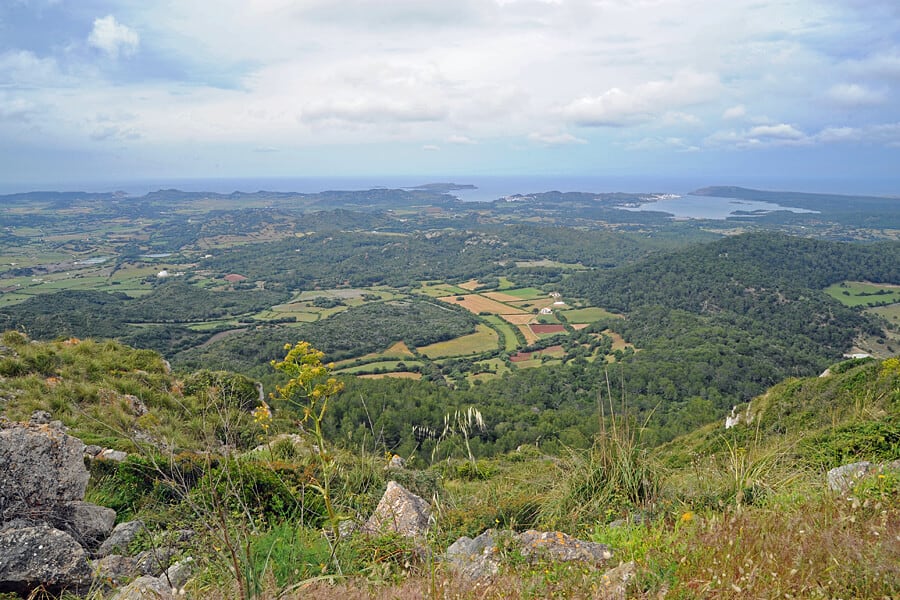 Menorcan gin is excellent and is traditionally drunk with the local lemonade. Together they are known as Pomada. If you are in Mahón, be sure to visit the Xoriguer distillery. They’ll happily let you taste a variety of their products. But my favourite place to drink Pomada is at the Cova d’en Xoroi, out of season, when it’s not too busy. It’s a very atmospheric bar come nightclub built in a cave opening onto the cliff face overlooking the sea with an excellent view of the sunset. 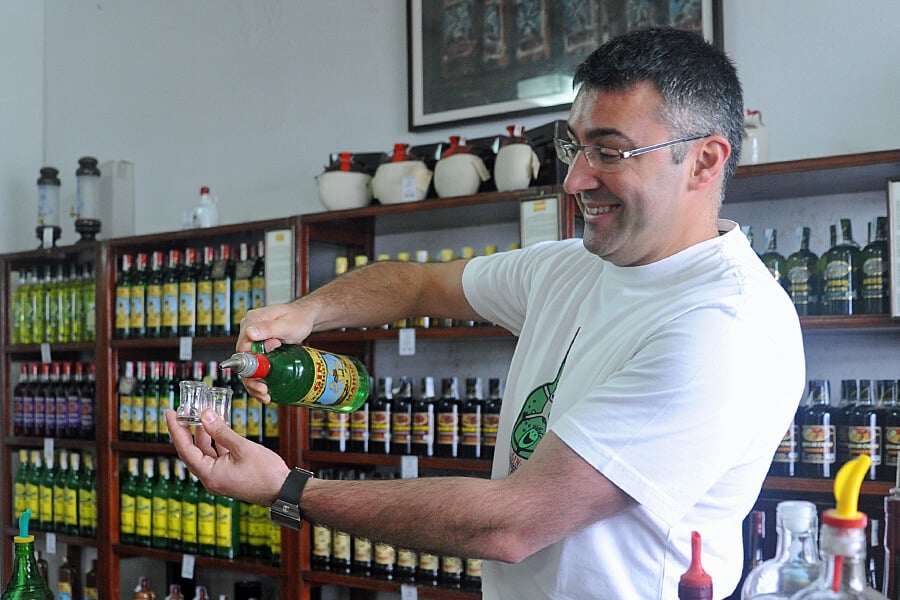 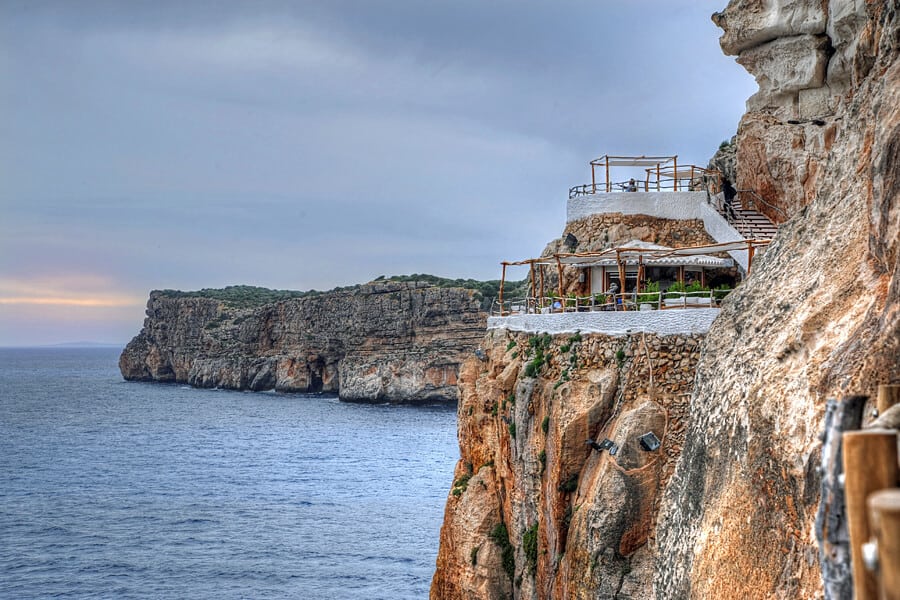 I think you’ll agree that Menorca is an unspoilt, magical island with a lot to offer. But perhaps we should keep that to ourselves – I’d rather like it to stay that way. 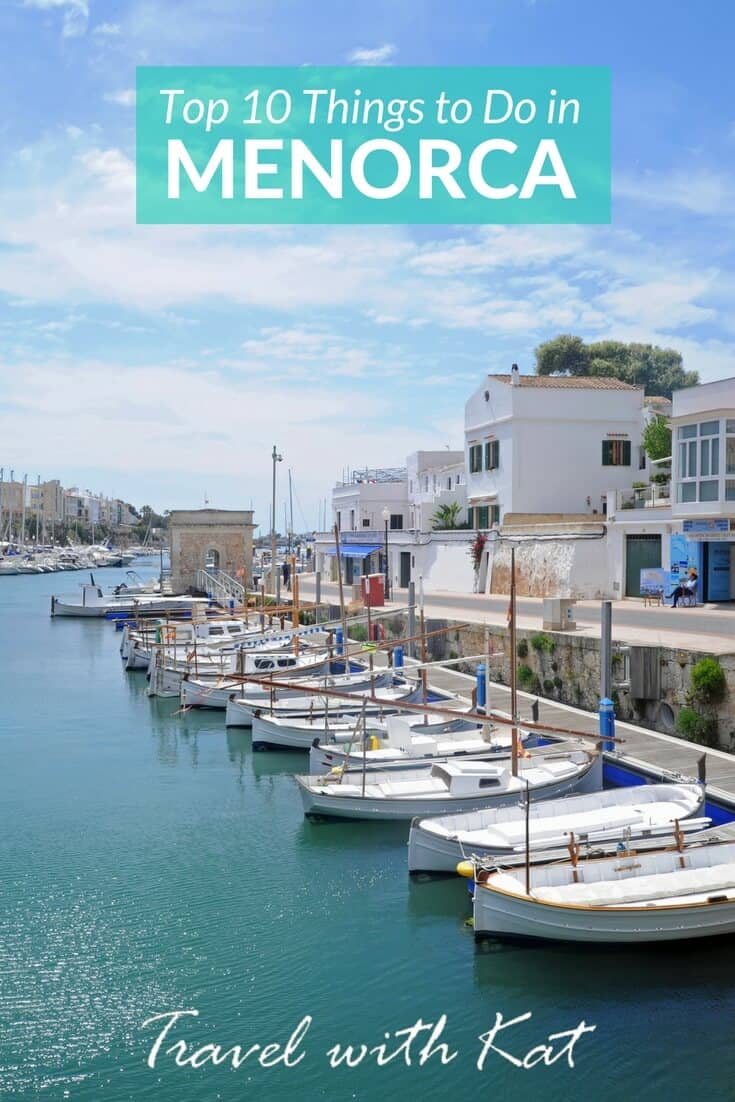 Where and what to eat and drink in Menorca

Hiking around Menorca: on the Cami de Cavalls

5 Steps to the perfect weekend in Swanage, Dorset

Swanage is the perfect choice for a weekend break by the sea, any time of year. There’s plenty to do,...